After shining on television and silver screen for quite a long time, the 35-year-old actor Krushna Abhishek is all set to make his comeback on the big screen. After Kyaa Kool Hain Hum 3, Krushna will grace the big screen with an upcoming comedy caper, Teri Bhabhi Hai Pagle. During the promotions of the film, Krushna was also asked about his infamous spat with his mama, Govinda. (Also Read: Krushna Abhishek And Govinda Not On Talking Terms, Courtesy Their Wives Who Can't Stand Each Other)

The wrangle between Krushna and Govinda have been the talk of the town for years now, and with each passing day, it has gone only murkier. The things between their families has gone downhill only and they are now on talking terms. When Govinda and his wife, Sunita missed Krushna and Kashmera’s twins, Krishaang K Sharma and Raayan K Sharma’s first birthday bash, it surely set the tongues wagging. 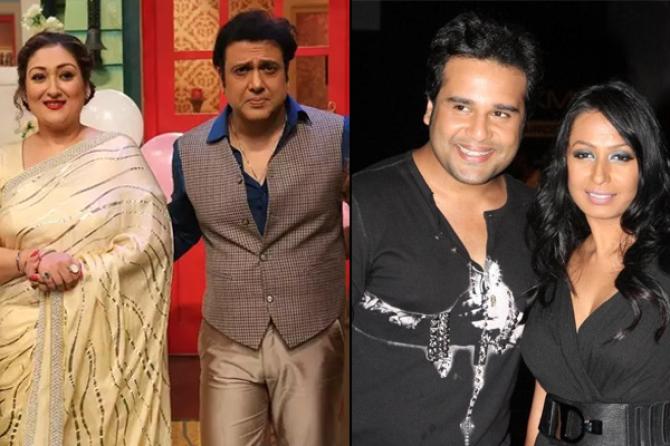 It all started when Krushna made a comment on his show which deeply hurt his mama and mami. Speaking of the same, Krushna was quoted as saying, “Chi Chi mama was upset when during an episode of my comedy show, I said, ‘Main koi chhota aadmi nahi hoon, maine Govinda ko mama rakha hua hai’. I can’t fathom why they take humour so seriously. I am proud of my mama and I have apologised to him and his family time and again, but to no avail.” 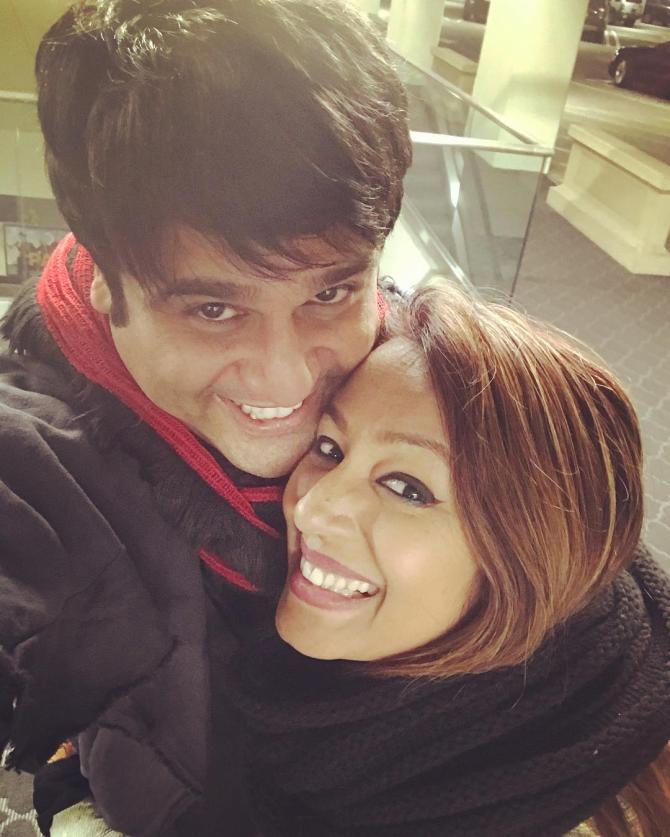 Now in one of the promotional sprees of his film, Teri Bhabhi Hai Pagle, Krushna opened up about their infamous spat. When a leading media portal SpotboyE asked Krushna if he will stop making reference to Govinda in his comedy show, he stated, “Naam juda hua hai na so baatien hoti hi hain! Like in such interviews also people ask me about him. I don't feel I can alienate myself from him. And as far our relationship goes, I’m like a child to them. Sometimes I overreact, but I feel I have the right to do so. It happens in every family – you fight, and you get back together also. So, now I am just waiting for everything to get back on track. Let’s see when he (Govinda) calls me.” 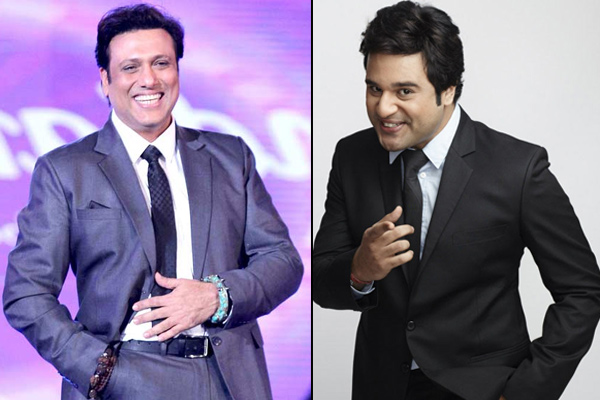 When further asked if he has ever tried to sort things out between the families, he quipped, “I have been unable to catch hold of him (laughs). He went to London after the incident and then he got busy with a film shoot. I seriously want to reconcile with him. I don’t mind if my mami gives 5-6 gaalis, it’s her right to do so. I have said this in the earlier interview also, I have stayed with her as a kid and she has taken utmost care of me. So I understand that she might be feeling more hurt. Knowingly, or unknowingly, I got dragged into the matter. After which unkowingly I also got involved.” 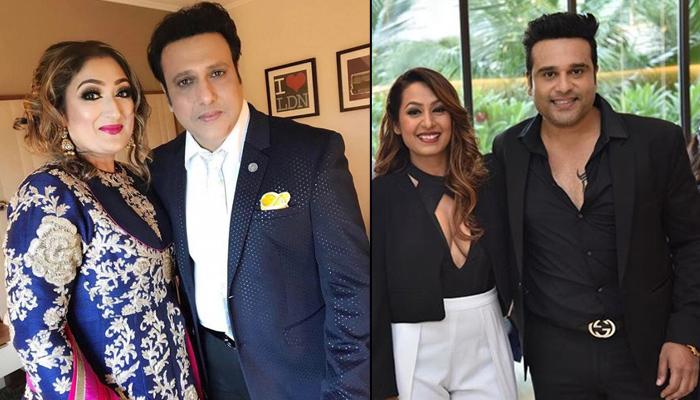 Bol Bachchan actor also talked about his wife, Kashmera Shah and her tweet for Govinda and his wife, Sunita. Krushna shared, “What Kashmera wrote on Twitter irked Sunita mami, but the fact is that Kashmera wrote it for my sister, not mami. The timing was off! Yeh Kashmera se galti ho gayi. Kissi ke bhi bare main Twitter par nahi likhna chahiye tha. She could have avoided it. Kashmera is at major fault here and she should apologise to mami, as my mami (Sunita) has been taking care of the whole family.” For the uninitiated ones, Kashmera referred to them as ‘people who dance for money’ in her tweet, which according to her was meant for her sister-in-law, Arti. (Also Read: After Having 2 Children, Govinda Got Married Again With 'Band Baaja And Baraat' At The Age Of 51) 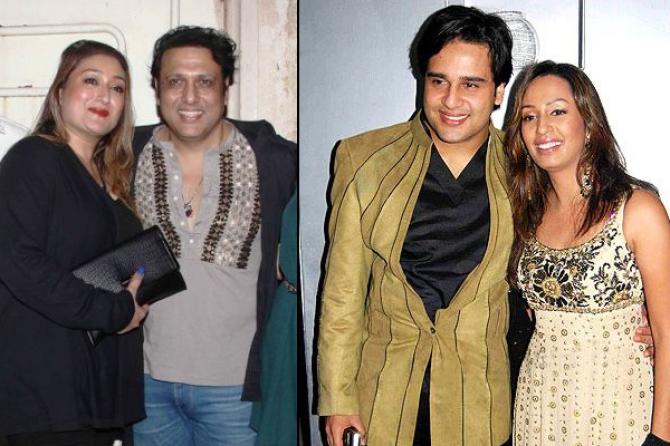 In an interview with the Bombay Times, Krushna has earlier said, “Sunita mami has influenced the family to an extent that now even their children (Tina and Yashvardhan) don’t talk to us.” When asked about this comment, Krushna retorted, “Yes, perhaps I was angry when I said that mami has instructed my cousins Narmada and Yash to not talk to me. But the fact is that they are actually not talking to me! Maybe they are feeling bad that someone wrote such things about their parents.” 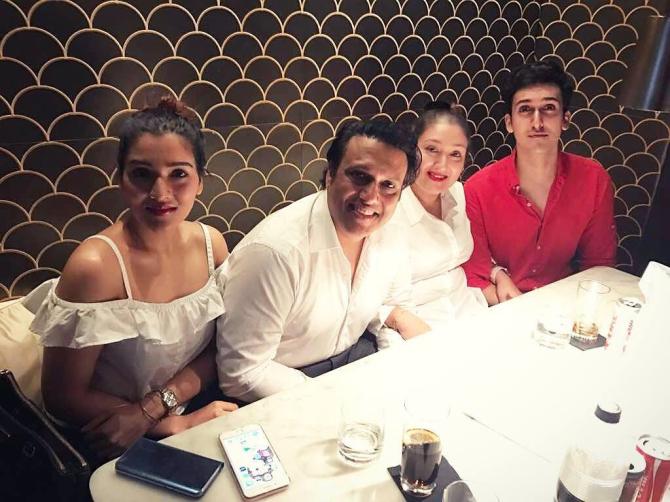 When asked if his wife Kashmera is also upset with them with the fact that Sunita and Govinda didn’t come to see their newborn children even once, Krushna revealed, “They are also stubborn, na. You know how difficult it is to handle ladies (laughs).” So, you think Govinda and you will resolve your differences? – Krushna replied to this question, “Mama (Govinda) can slap me twice or abuse me. I am ok with that. Whatever he says I will listen to, quietly. And I think things will get resolved after that (laughs).” 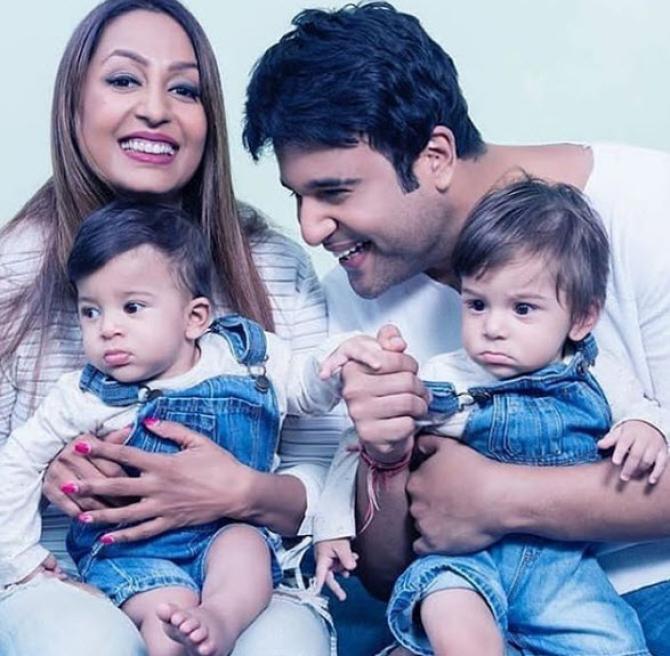 In the previous interview, Krushna talked about Sunita’s claims of him being basking under the glory of being Govinda’s bhanja and if Govinda is responsible for his entry to the entertainment industry. Krushna said, “Definitely! It’s because of him that I got into this industry. I have learnt a lot from him. He has taught me a lot. But then I have also worked a lot to reach this position. I can't take that credit from him.” 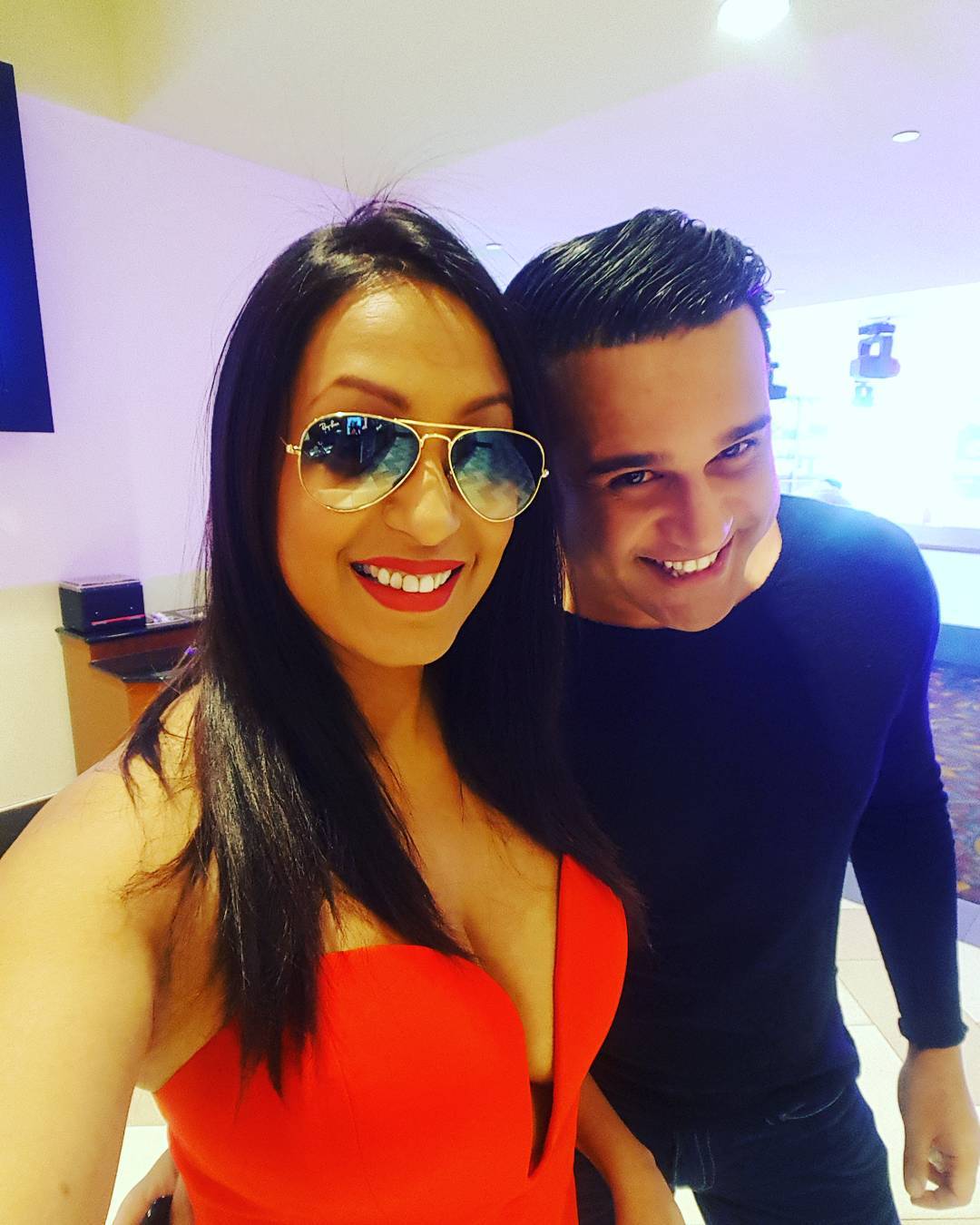 In an interview to Bombay Times, Sunita shared why they didn’t attend Krushna’s twins’ birthday bash, “We have distanced ourselves from them and it won’t change ever. Govinda and I were in London on that day (Krushna’s kids’ birthday bash), but that wasn’t the only reason why we didn’t attend the party. We were not invited for it and even if they had, we wouldn’t have gone. I have not seen his kids till date because of their parents’ misbehaviour. We have broken all ties with Krushna and Kashmera, and I swear I won’t initiate a patch-up this time around. I was a fool to do so two years ago. Govinda was right about them.” (Also Read: Parents Krushna Abhishek And Kashmera Shah Host A Grand B'Day Party For Twins Rayaan-Krishaang) Now that Krushna Abhishek has accepted that he overreacted to the whole situation, let’s hope this mama-bhanja duo resolve their issues. The ongoing tiff between Govinda and his nephew, Krushna Abhishek has taken an all-new angle, after their respective wives started addressing the same in the public domain. A few days back, Govinda's wife, Sunita Ahuja took a dig at Krushna's wife, Kashmera Shah and called her a 'bad daughter-in-law'. Now,