Krushna Abhishek posted a rare throwback picture of his mother and his nani, who is also Govinda's mother and a renowned classical singer, from their singing performance on-stage.

When you see your parents with your kids, don’t you wonder how they have a completely different version of themselves to deal with their grandkids? Things for which you were scolded during your childhood or even today are given so easily to your kids by your parents. But you wouldn’t trade the moments spent between your parents and your kids for anything in this world because that is a special relationship and experience you don’t want your little one to miss out on. Lucky, or rather blessed are the ones, who get to spend time with their grandparents and grow up with their wisdom and unconditional love. Some kids don’t get to experience this special bond and the only memories they have of them is through pictures and stories told to them by their family members. (Also Read: When Seema Biswas Felt Huge Pride Hearing Her Father's Reaction To Her Bold Scenes In 'Bandit Queen')

Abhishek Sharma, known as his screen name of Krushna Abhishek, is a talented actor and comedian, who belongs to the talented family of the Ahujas. Krushna is veteran actor, Govinda’s nephew and his sister, Aarti Singh and cousins, Ragini Khanna and Somya Seth too, belong to the entertainment industry. Krushna is married to actress, Kashmera Shah. In the past few years, the rift in Govinda and Krushna’s relationship had made it to the headlines a couple of times and the situation has only gone downhill as the mama-bhanja duo isn’t on talking terms. A while ago, Krushna Abhishek posted a rare throwback picture of his mother and his nani, from their singing performance on-stage. Krushna’s nani, Nirmala Devi, who is also Govinda’s mother, was a renowned classical singer and his mother would often join her on-stage to sing. Recalling the memories, Krushna captioned the picture as “G m all. wanted to share a special pic with u guys thats my nani and my mom singing on stage my nani nirmala devi ji! govindaji s mom! was a renowned classical singer and my mom use to join her on stage to sing just found this video yest = i hv spent a lot of time with my nani and I missed her a lot yest after seeing this = and I had never seen my mom live as when I was 2 years old she was no more I actually saw her live video for the first time or had only seen her in pics such a wonderful feeling am so proud to be a part of such a talented family people tell na ke blood mein hai talent yahaan actually blood mein hai it comes from my nani Nana mummy mama @ahuja_yashvardhan @raginikhanna @artisingh5 @ponyprakashraj.” (Also Read: Throwback: Rishi Kapoor Revealed Exactly When Wife, Neetu Kapoor Conceived Their Son, Ranbir Kapoor) Govinda’s mother and Krushna Abhishek’s nani, Nirmala Devi was an Indian film actress in the 1940s and a Hindustani classical vocalist of the Patiala Gharana. Nirmala ji was married to the 1940s actor, Arun Kumar Ahuja and in a 1987 interview with the Cineplot, she had spoken about her relationship with him and how she had renounced the marital comforts. When asked if they’re separated, she had retorted, “No, it’s not like that. Actually, I renounced material comforts and relationships long ago. We are man and wife in name only. All these signs of luxury you see in this house are for my son. So many people come to meet him, so one has to have a certain standard of living. But if you come to my puja room, I can only offer you a ‘chattai’ to sit on. I’m deeply religious and adhere to the teachings of my guru.” Speaking about her son, Govinda and revealing how Pranlal V. Mehta signed him for a role in his debut film, Love 86, Nirmala Devi had said, “As a child, my son had two passions — exercising and dancing. At the tender age of seven, he would tie five pounds weight at eit­her end of a wooden pole and do his push ups. He loved dancing and with his inborn sense of rhythm, could pick up the most intricate steps with ease. My son incidentally is also a very good writer. He is particularly good at prose, drama and dialogues. My son is a teetotaller and has no bad habits. When Pranlal Mehta signed him on. he offered Govinda a drink to celebrate, but my son refused saying, ‘If I start like this now, what will happen later?’ Pranlal Mehta was overjoy­ed at his innocence. He hugged and blessed him.” (Also Read: When Vijay Anand's Niece-Turned-Wife Sushma Kohli Had Revealed The Kind Of Lover He Was In Real-Life) 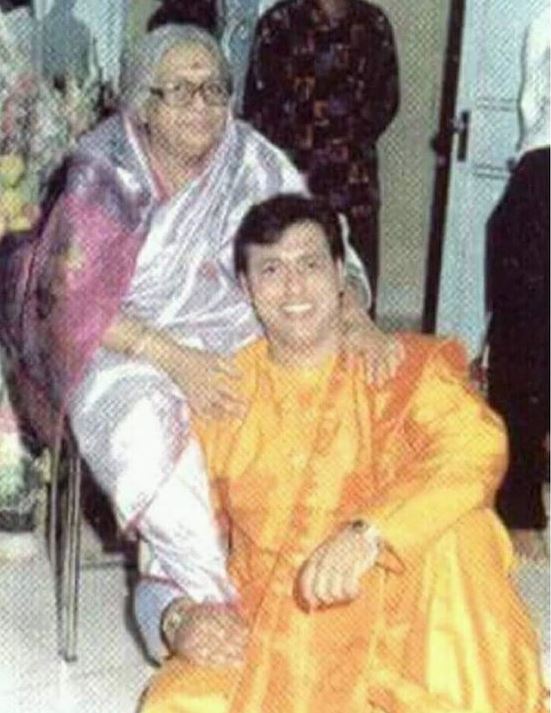 Isn’t it such a lovely throwback picture of Nirmala Devi and her daughter? 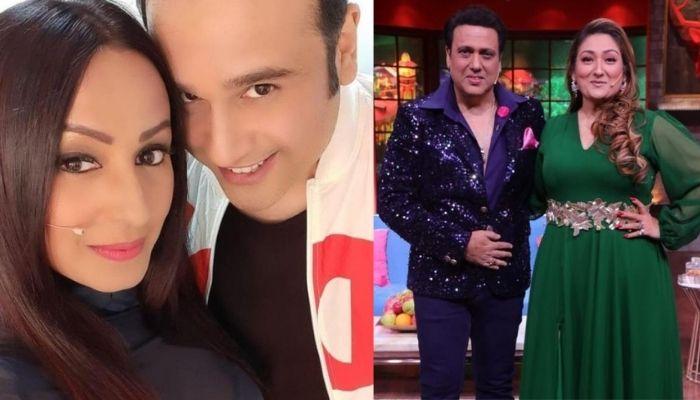 Govinda and his nephew, Krushna Abhishek are often in a cold war. For a few years now, the two have been washing their dirty linens in public. However, this time their war of words have gone a notch higher as their respective wives have started addressing the same, slamming each other.