Bollywood actor, Tiger Shroff's sister, Krishna Shroff revealed whether she wants to be friends with her ex-boyfriend, Eban Hyams or not. Find out!

Being a celebrity is not all about being surrounded by shutterbugs, waving hands towards your fans, and buying new expensive cars and mansions; it is just a big part of it. While the constant limelight makes them famous in everyone's eyes, it also brings many judgements from the people on their personal choices and life decisions. However, with time, things are changing, and now we are seeing fans and media not bombarding in the personal lives of celebrities just for some masala. (Recommended Read: Navya Naveli Nanda's Now-Public Instagram Exudes Her Love For Nanu-Nani, Amitabh And Jaya Bachchan)

Well, talking about the ex-couple, who is leading all the headlines at the moment is none other than Bollywood actor, Tiger Shroff's sister, Krishna Shroff and her ex-boyfriend and basketball player, Eban Hyams. Scroll down to know why they're trending once again! 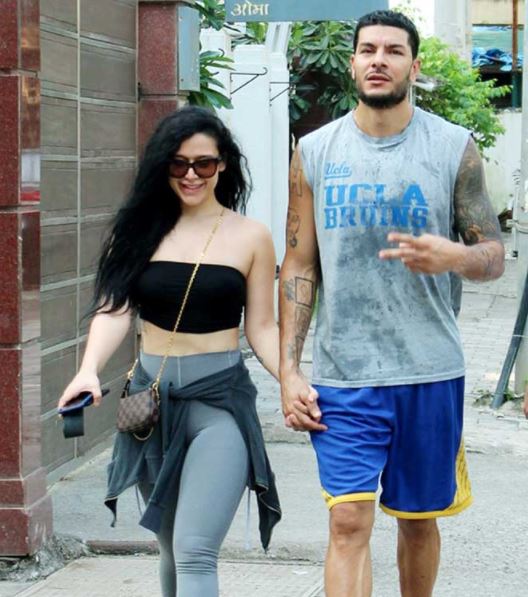 In an interview with the ETimes, Krishna Shroff talked about her ex-boyfriend, Eban Hyams and the reason behind their sudden break-up. The fitness freak revealed that both she and Eban had realised that they're quite the opposite of each other and instead of being lovers, they can be great friends forever. Krishna Shroff also revealed that their break wasn't a messy affair, and instead, it was a calm and composed one. When she was asked about Eban's constant comments on her Instagram posts, the gorgeous lady revealed that she has no problem in being friends with him. She said, "I've never had an issue being friends with my exes... usually, they have a problem with it." (Don't Miss: Anil Kapoor Called Maheep After Watching Shanaya Kapoor In 'Fabulous Lives Of Bollywood Wives') For the uninitiated, it was on December 16, 2020, when Krishna Shroff had taken to her IG handle and had shared a lovely picture, and an interesting video on her Instagram handle. In the picture and video, she could be seen kissing the famous chef Nusret, a.k.a., Salt Bae. She had captioned the picture as "Bae time". Soon, her ex-boyfriend, Eban Hyams had dropped a comment on her post, and it could be read as "Dang u move quick." Looking at his comment, one of the users had advised him that he should move on too. To which Eban had replied, "I'm not in a rush bro but thanks haha." Take a look: 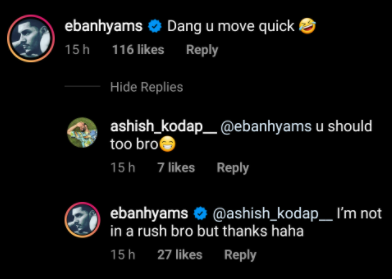 Krishna Shroff and Eban Hyams' break-up had shocked their millions of fans out there because just when the talks of their possible wedding had started appearing in the headlines of renowned newspapers and websites. The two had called it off without informing their fans about the reason behind it. A few weeks ago, Krishna had announced her break-up with Eban by posting a message for all her followers and their fan clubs on her IG stories. In her heartbreaking message, Krishna had written, "All you fan clubs are cute and all, but please stop tagging me in edits with Eban. We aren't together anymore, so stop associating us. Letting y'all know since it was so public. Thanks" followed by a folded hands and a heart emoticon. (Also Read: Shilpa Shetty Twins With Her Mommy, Sunanda Shetty In Kaftan For Their First Ever Shoot Together) 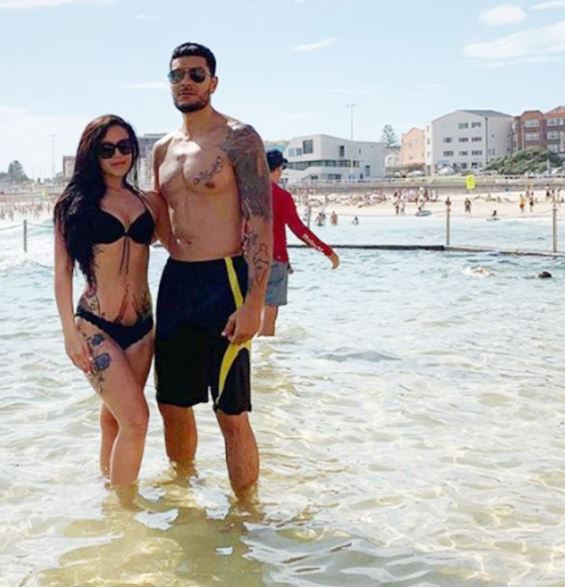 What are your views on Krishna's reaction to Eban's comments? Let us know! 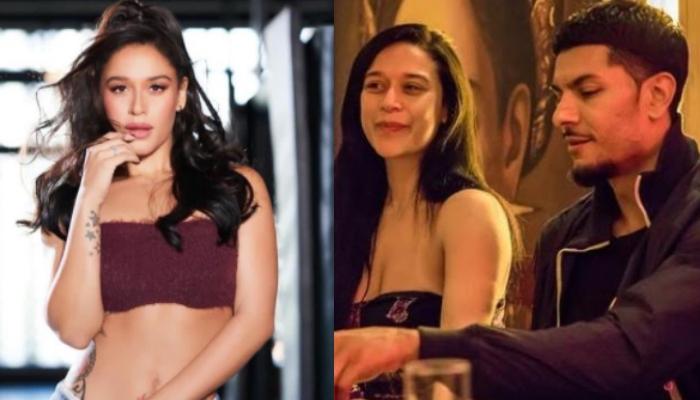 Breakups and patch-ups are part of every individual’s life, some deal with it quickly and move on but some take their own sweet time. But when it is about a celeb, the speculations around their relationship go on for days. Their breakup, patch-up, marriage, divorce become a hot topic of