She’s cute and chirpy and she’s one of the darling actresses from the telly world. We are talking about this happening and ex- Bigg Boss contestant, Kishwer Merchant. The actress is happily married to the famous actor-turned-singer, Suyyash Rai and this lovely couple are totally enjoying their marital life, courtesy their official Instagram regular story updates.

Recommended Read: LIVE UPDATES: Bharti Is Wearing All Gold On Her Bangle Ceremony, Looking Like A 'Rani'

Mom-To-Be, Kishwer Merchantt Enjoys In Pool With Hubby, Suyyash Rai And Their Furbabies 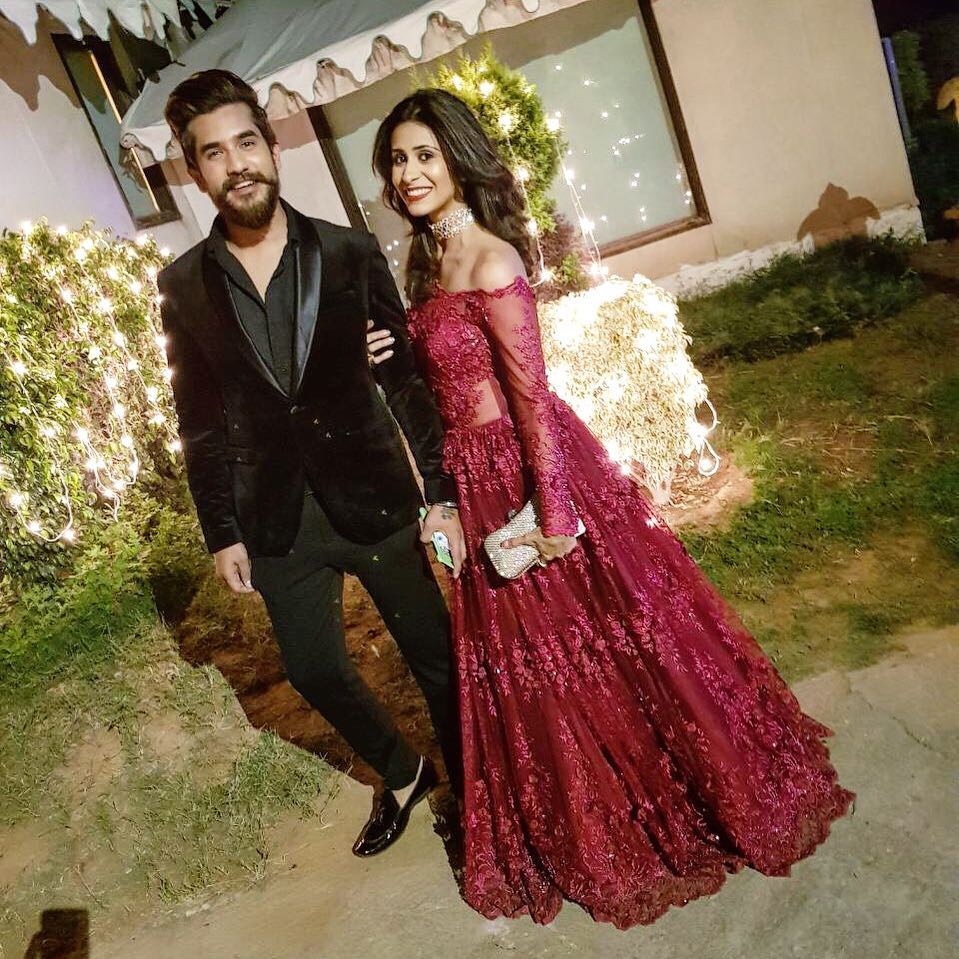 After dating for a long time, Kishwer and Suyyash got married in December 2016 and it was a grand affair. Not just because almost everyone from the television fraternity was present, but also every function was organised in the best of the ways with theme and colours. In case, you missed their grand wedding affair, click here. Before getting married to Suyyash, Kishwer was in serious relationship with another famous Kasauti Zindagi Ki fame actor, Hiten Paintal. They were open about their relationship always and the two dated each other for around four years before parting ways in the year 2008. Read More.

Suggested Read: Urvashi Rautela Spent 1 Crore On Her Jewellery And Saree For Her Cousin's Wedding The latest news is about Kishwer finally spoke about her ex-boyfriend expressing about the time they spent, about their break-up and the after effects. When asked by SpotboyE.com about the recent ad they did together, this is what she said:

“We shot for just one day. We didn’t even have scenes together. He was there with his dad (Senior comedian Paintal), who was also shooting. They are playing father and son in the ad. So we were shooting together but not for the same scenes. He packed up two hours after I reached the shoot. That was it! Thode pictures humne click kiye. It was nice meeting him after so long. It’s not that we don’t talk. We’re fine with each other." We are happy that Kishwer is happy now and has moved on completely because we are pretty sure, it wouldn’t have been easy. When asked, she went on saying:

“We were together for three-and-a-half-years, so it wasn’t easy. We had common friends so we kept bumping into each other. So, we had to be cordial with each other.”

Also Read: Shikhar Looking After Guests At His Saali's Wedding Is Why Every Girl Needs A Jiju In Her Life

In another interview, out of curiosity, when asked if her common friends tried to patch them up, she opened up and said:

“Yea, friends tried to patch us up at that time but both of us were very egoistic ya, and very immature, I think. It was that age, and that whole thing – ki jhagda hua hai, dimaag itna garam tha uss waqt dono ka, so things just didn’t work out. Even though friends tried, we were adamant ki nahi hoga (reconciliation).” 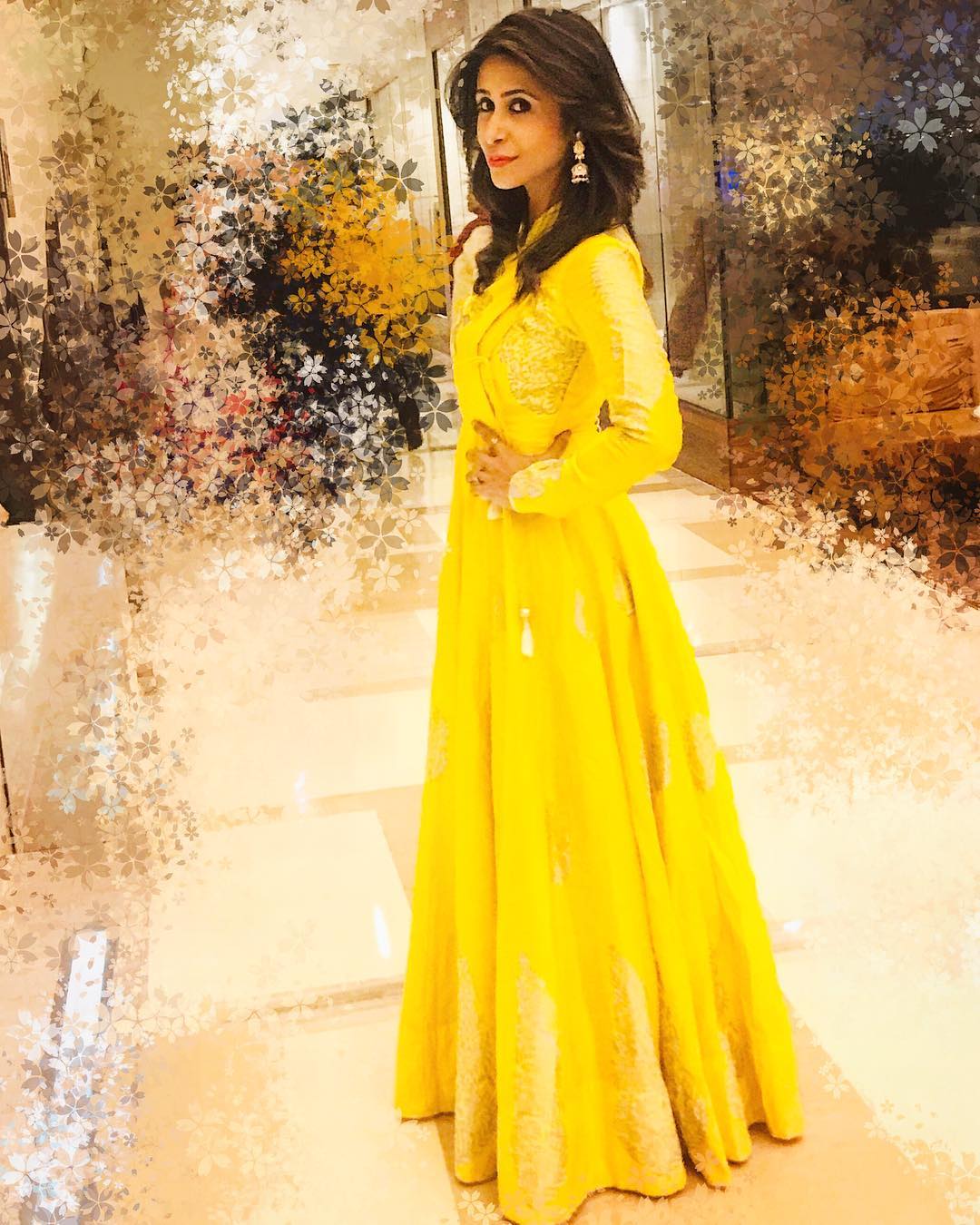 Staying in a relationship for long and then parting ways does become ugly at times. We are still not very sure about the reason for their separation. To this, she said:

“It was mutual...but it was kind of... thoda sa bitter tha. It’s ok, it wasn’t bad. I don’t want to talk about the separation at all. All I can say is that we became cordial with each other because hamare paas bahut common friends the. And, I think after a point, we both became very mature also... ki shaadi ho gayi hai meri, and he also... itna time ho gaya. Toh we realised ki agar hum baat bhi karenge, toh itna jyaada farak nahi padega.”

You May Like:  Sagarika Wears An Unusual Green-Silver 'Lehenga' On Her 'Mehendi' And Looks Unbelievably Beautiful For the reason for the break-up, she retorted:

“That is too personal. I don’t want to talk about what happened between the two of us and why we separated. Toh abhi chhod hi do uss baat ko. Waise bhi abhi bahut time ho gaya hai. Dus saal ho gaye hain. Let’s forget it.”

It’s great to know they are mature enough even after parting ways and keeping in touch with someone you once spent some beautiful memories isn’t bad too. She said:

“We talk ya. We generally chit-chat also sometimes. Chat pe baat ho jaati hai... ki “How are you?” So there is no problem as such. I can’t say we are friends but he’ll always be a very special person to me.” 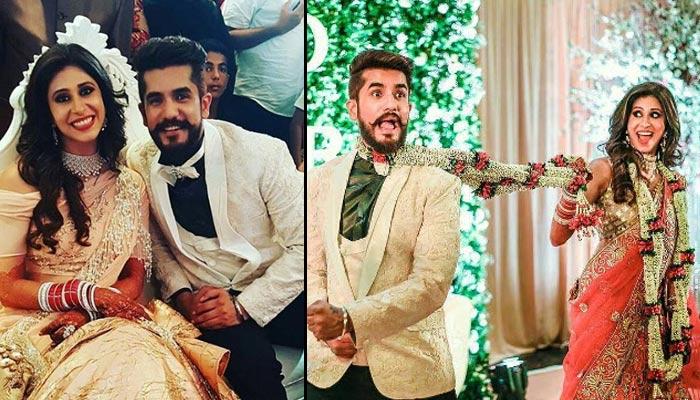 Getting married in front of your ex can be really disturbing and painful but it is really sweet and mature by Kishwer that she called him for his wedding with Suyyash. This is what she revealed:

“Of course, I called him for the wedding. I called his entire family. They are still very close to my heart. I love them a lot, so of course bulaya tha. But no complaints that they didn’t come because I know their blessings are always with me.”

The good news is that the two ex-lovers are friends and cordial with each other. While Kishwer and Hiten are in talking terms on a healthy note, Kishwer and Suyyash are happily married and loving couple. Team Bollywoodshaadis would like to convey the best of the wishes to both the relations- the friendship and her husband-wife rishta. All you guys, stay tuned with us for more latest television and Bollywood news!