The iconic story of Madhubala's marriage with Kishore Kumar and her nine-year long marital life.

It is only the iconic painting, Monalisa's mysterious smile, that could even come near in comparison to Madhubala's coquettish charm that her smile exuded. Madhubala's enthralling beauty is the epitome of every standard ever set. The enchantress' on-screen charisma made her a goddess of beauty and talent for an entire generation of movie buffs and the generations following. The fact that the actress bid adieu to the world at the mere age of 36, succumbing to a very unfortunate illness, corroborates that the world has only seen a young, vivacious Madhubala. However, there's not a dime of doubt in the fact that had she lived her life fully, her grace and charm wouldn't have lessened by even a per cent, owing to old age!

Madhubala's magnetic, dreamy and blissful reel life was miles apart from her tragic real life. The actress who ruled every heart back then with her winsome smile yearned for a compassionate heart herself that would soothe the enormous pain in her life. The actress who made an entire generation douse in the cheeky romance with her brilliant portrayal of characters on-screen craved romance in her life that she never got. The world is aware of Madhubala's apparent fondness for Dilip Kumar. The world also knows of Madhubala's seemingly unlikely marriage to the legendary singer, Kishore Kumar. The world doesn't know the circumstances under which Madhubala married Kishore Kumar and how their nine years of married life had been. In the course of her acting career, Madhubala was romantically linked to various actors and directors like Prem Nath, Kidar Sharma and Kamal Amrohi. However, the actress had eyes only for the heartthrob of Indian cinema, Dilip Kumar. While the world bowed in front of Madhubala and her beauty, she was all hearts for Dilip sahab, the one person who didn't seem to be touched by the magical essence of Madhubala. Talking about Madhubala's affairs, her sister, Madhur Bhushan told Filmfare:

"Apa first fell in love with Premnath. The relationship lasted six months. It broke on grounds of religion. He asked her to convert and she refused. The next relationship was with Dilip Kumar. She met Bhaijan (Dilip Kumar) on the sets of Tarana. They later worked in Sangdil, Amar and Mughal-e-Azam. It was a nine-year-long affair. They even got engaged." 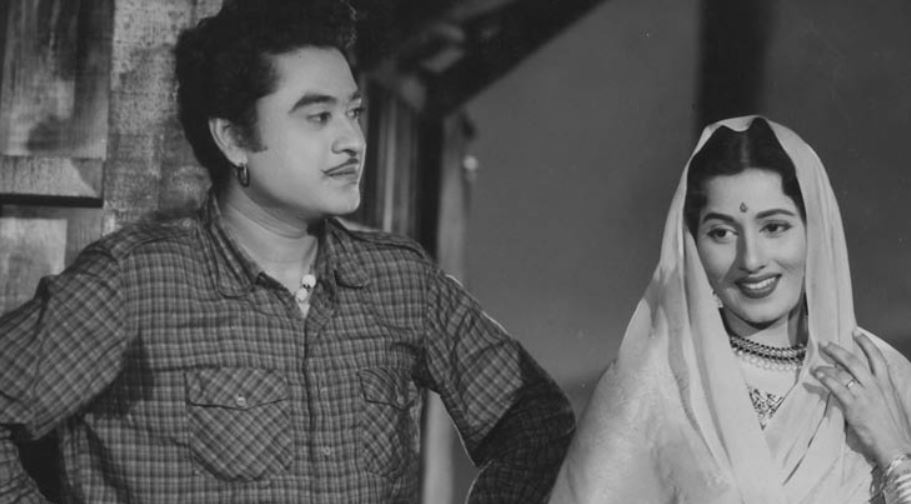 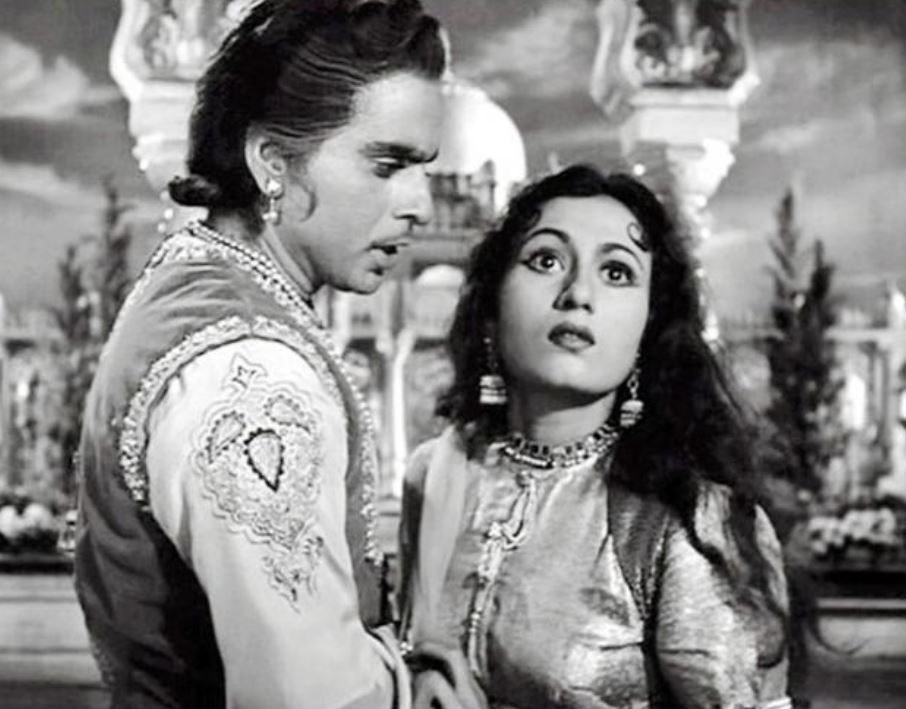 Claims have been made that Madhubala's father, Ataullah Khan, proved to be the villain between the holy union of the two. According to Madhubala's sister, Zahida aka Madhur Bhushan, it was the court case during the making of Naya Daur that added fuel to the fire, which led to Madhubala and Dilip Kumar's separation. Whatever possibilities were left were ruined by their respective egos.

Dilip Kumar, in his autobiography, corroborated his love for Madhubala.

"Was I in love with Madhubala as the newspapers and magazines reported at that time? As an answer to this oft-repeated question straight from the horse's mouth, I must admit that I was attracted to her both as a fine co-star and as a person who had some of the attributes I hoped to find in a woman at that age and time. She, as I said earlier, was very sprightly and vivacious and, as such, she could draw me out of my shyness and reticence effortlessly. She filled a void that was crying out to be filled - not by an intellectually sharp woman but a spirited woman whose liveliness and charm were the ideal panacea for the wound that was taking its own time to heal."

Dilip Kumar further revealed how, it was Madhubala's father, who was the sole reason for the sourness in their relationship.

"Matters began to sour between us, thanks to her father's attempt to make the proposed marriage a business venture. The outcome was that half way through the production of Mughal-e-Azam, we were not even talking to each other. The classic scene with the feather coming between our lips, which set a million imaginations on fire, was shot when we had completely stopped even greeting each other." 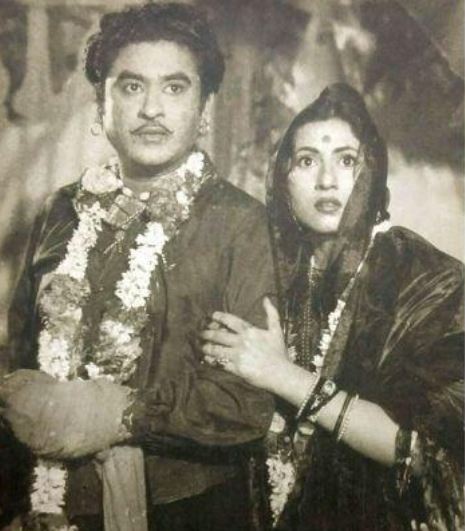 Legendary singer, Kishore Kumar, who was madly in love with Madhubala's charm, proposed her in 1960. His proposal came at a time when Madhubala was set to leave for London for her treatment. For the unversed, she was diagnosed with a hole in the heart (Ventricular Septal Defect in medical parlance) in 1957. Her body would produce excess blood, which would then come out of her nose and mouth. Doctors had made it clear that she was critically ill and gave her two years to survive.

In an interview with Rediff.com, Madhubala's sister, Madhur reflected on her marriage with Kishore Kumar and said that Madhubala was madly in love with Dilip even after they went their own ways. Not only that, when Kishore Kumar proposed, Madhubala married him out of anger against Dilip.

"Madhubala married Kishore Kumar out of stubbornness, and anger towards Dilip saab. They got married in 1960. She was 27 years old." 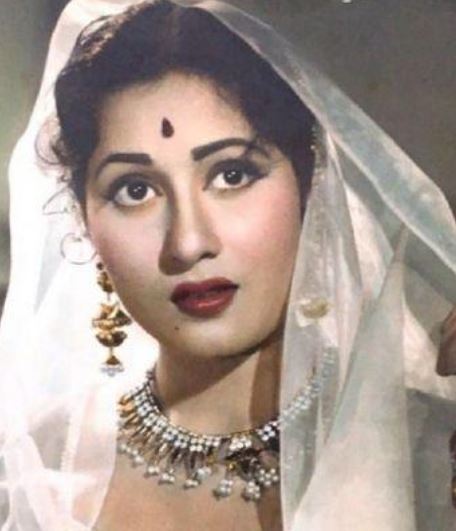 After their return from the UK, Kishore and Madhubala lived separately. Speaking about Kishore, Madhubala's sister, Madhur was quoted as saying:

"Once the doctor gave his verdict -- that she would not live for long -- Kishore bhai brought her a house in Mumbai's Carter Road and dumped her there alone, with a nurse and a driver. He would come once in about four months to see her. He did not take her phone calls. Kishore bhai was madly in love with Madhubala but once she returned from London, he dumped her. He was not a good husband."

Kishore Kumar had once talked to Pritish Nandy about his marriage with Madhubala and her last days. He had stated:

"She was quite another matter. I knew she was very sick even before I married her. But a promise is a promise. So, I kept my word and brought her home as my wife, even though I knew she was dying from a congenital heart problem. For 9 long years, I nursed her. I watched her die before my own eyes. You can never understand what this means until you live through this yourself. She was such a beautiful woman and she died so painfully. She would rave and rant and scream in frustration. How can such an active person spend 9 long years bed-ridden? And I had to humour her all the time. That's what the doctor asked me to. That's what I did till her very last breath. I would laugh with her. I would cry with her."

Guess Madhubala and Kishore Kumar's incomplete story would make for an iconic biopic as their respective careers were! 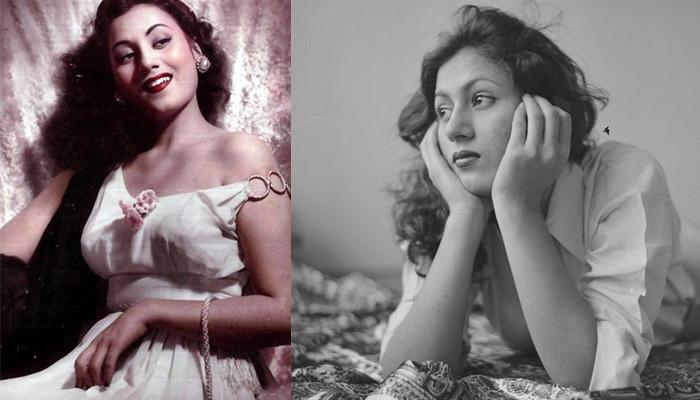