The nation came to a standstill on February 24, 2018, when legendary actress Sridevi passed way in Dubai. Her million fans and the entire industry mourned her loss, and undeniably an irreparable scar was inflicted upon Sridevi's husband- Boney Kapoor, and their daughters- Janhvi Kapoor and Khushi Kapoor. While Janhvi has been outspoken about her mother’s loss, Khushi has kept it low. (Suggested Read: Radhika Merchant Confirms Her 'Choti Bahu' Status As She Dances With the Ambani's At Isha's Sangeet)

But Khushi Kapoor has her own way of expressing her love for her late dearest mother. When Janhvi and Khushi looked dazzling in a viral photo snapped at Isha Ambani's sangeet ceremony in Udaipur, there is one thing which attracted everybody’s attention. In the photo, Khushi is wearing a strappy, blingy blouse and one can spot a tattoo which is hard to miss. Do you know what the tattoo reads? Well, it’s the birthdates of her family members in Roman numerals. For her own birthdate (November 5), Khushi opted for a V, which is followed by a VI, which is Janhvi's birthdate (March 6). Then comes her mother Sridevi's birthdate (August 13) denoted by an XIII, and finally her father Boney's birthdate (November 11) inscribed with an XI. Take a look: Isn’t this a lovely gesture? It must be mentioned here that Khushi had gotten this tattoo inscribed on the left side of her torso which is really close to her heart (literally). The official Instagram handle of the ace-designer, Manish Malhotra, who designed the outfits for Khushi and Janhvi, captioned the above pic as, “Grace and glamour intertwine for an event in Udaipur, India. @khushi05k looks absolutely stunning in @mmalhotraworld Jewellery: @h.ajoomal #khushikapoor #janhvikapoor #ivory #lehenga #contemporary #royalty #sangeet #wedding #manishmalhotra #manishmalhotrawoman #glamour #luxury.” Sharing a picture (above) of both the sisters, Khushi and Janhvi, Manish Malhotra captioned it as, “Epitome of beauty and elegance! Sister-duo looks absolutely ravishing in @mmalhotraworld for an event in Udaipur, India @janhvikapor and @khushi05k in @mmalhotraworld #manishmalhotra #glamour #janhvikapoor #khushikapoor.” 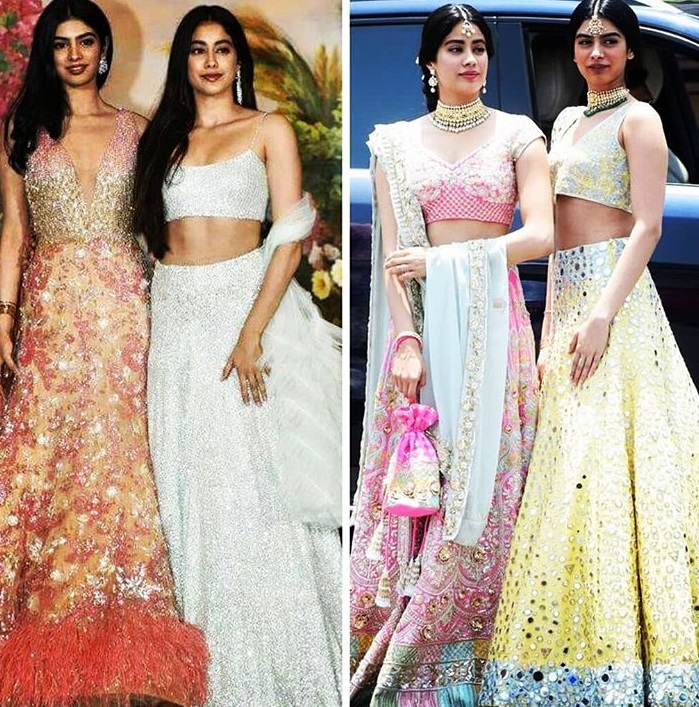 Khushi Kapoor, as per earlier reports, has had no plans of entering Bollywood. However, recent reports have been suggesting that Karan Johar might launch her in a movie with Shah Rukh Khan’s son, Aryan Khan. In a recent interview, when Janhvi was asked if her younger sister plans to enter Bollywood, the Dhadak star replied, “That's for her to answer.” Before her demise, Sridevi was also asked about the same, and she had said, “Yes, Khushi says she wants to get into modelling. Pehle, she wanted to become a doctor. Phir doctor se lawyer and now it's modelling. So, I am waiting for the shock to happen.” 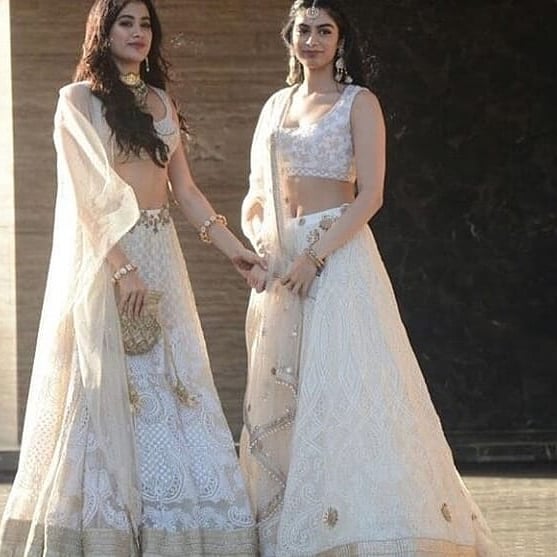 However, in a July 2018 interview, when father Boney Kapoor was asked about her daughters’ career plans and path of entering the Hindi film industry, he had said, “I wouldn't say that I motivated Janhvi. I encouraged her to let her do what she wants. Why curb someone's natural instincts? Like for one, I didn't know until Salman (Khan) told me that Arjun has it in him to become an actor. On the other hand, my eldest child, Anshula is extremely academically inclined. And Khushi first wanted to become a model - but has now shifted her focus to becoming an actress.”

Coming back to Khushi’s Kapoor tattoo, you must have noticed her own birthday which falls on November 05? Well, that was last month itself and Khushi turned 18. Sister, Janhvi shared the following video on her Instagram handle and wished her younger sister a very happy 18th by writing, “Just an example of how most of my childhood consisted of being bullied by you. I still love u though, more than you’ll ever be able to imagine. #hbd.”

Khushi’s half-brother, Arjun Kapoor wished his 'proper gunda' a very happy birthday. He wrote, "Happy birthday to the Fathers favourite child & a proper Gunda... umm not u @janhvikapoor !!! @khushi05k have a wonderful year but the Paps and the Papa are missing u so come back soon n don’t forget the breakfast at Bubbys before u leave. #paparazzilegend #youngestbrat#silentbutviolentkapoor.” Half-sister, Anshula shared the following posts and wished Khushi with these words, “Omggggggggg it’s ya birthday @khushi05k happy happy birthday kiki!! You have the kindest heart of us all & I’m so proud to see you blossom into the woman that you are becoming! Work hard, shine on, & show the world your beautiful heart because baby girl you are going to shine super bright, I can feel it with all my heart! May this year be even more lit than xxxtra hot Cheetos I Love yaaaa.”

Now that she is 18, can we expect to see Khushi on the Vogue cover? Guys, how did you like Khushi Kapoor’s tattoo? Share your comments below.