Chandramukhi Chautala of 'FIR', Kavita Kaushik makes fun of her loud makeup in a throwback magazine cover. Her hubby, Ronnit Biswas adds to the fun!

How is it to marry your best friend and be together as a couple for an eternity? Well, while many of you consider friendships totally different from a ‘coupl-y’ feeling, but guys, sometimes your best buddies turn out to be your best partners for life! As it is rightly said that the basic foundation of any successful marriage is strong friendship. Hence proved! Moreover, famous television diva, Kavita Kaushik and her doting husband, Ronnit Biswas make for a classic example of 'best friends turned soulmates'. (You May Like: Taimur Ali Khan Walks In Style With Saif Ali Khan And Kareena Kapoor Khan As They Return To Mumbai)

It was on January 27, 2017, when Kavita had tied the knot with her childhood friend-cum-boyfriend, Ronnit amidst the sacred Himalayas. And if you are wondering as to when their baby news will come, then you must not wait for they are clear that they don't want kids. The actress herself had divulged into the same in her chat with a leading online tabloid sometime back. Stating the reason behind the same, she had shared that she doesn’t want to be unfair to her child who would take care of his/her old parents as they would be in old age when her child would be in his/her 20s. 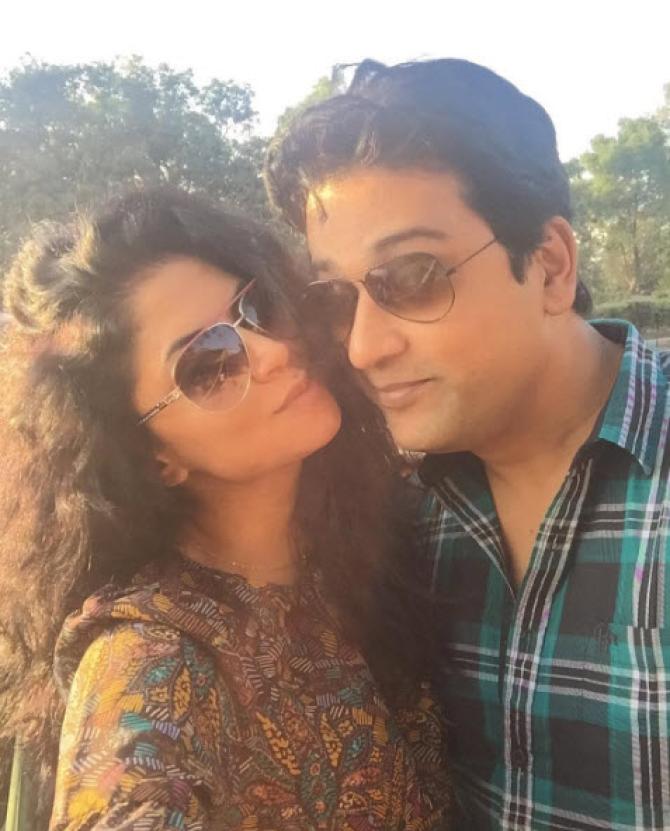 Nonetheless, Kavita and Ronnit’s social media romance keeps their fans wanting for more. The F.I.R actress took to her official Instagram handle on September 23, 2019, and shared a throwback picture of herself on a magazine cover. In her post, she made fun of her makeup and wrote, "Excuse me ! Dil thaam ke dekho kahin heart attack na aa jaaye cos I almost got a stroke when someone (lovely girl called Pooja) sent me this ! My first magazine cover !! Zeherili lipishtic miss na karna! Yahaan mujhe ye bhi lag raha hoga ki kya kayaamat ki sundar hu. Clearly I’ve aged well or so the pictures say. P.s- that’s why I say simplicity is the best , there was no one to tell me this at that age else I would’ve spared myself the horror blue make up and believed in my features by lightly accentuating them with softer colours instead of this zehreela make up, but it’s been such an amazing magical journey so far. Blessed." Take a look: 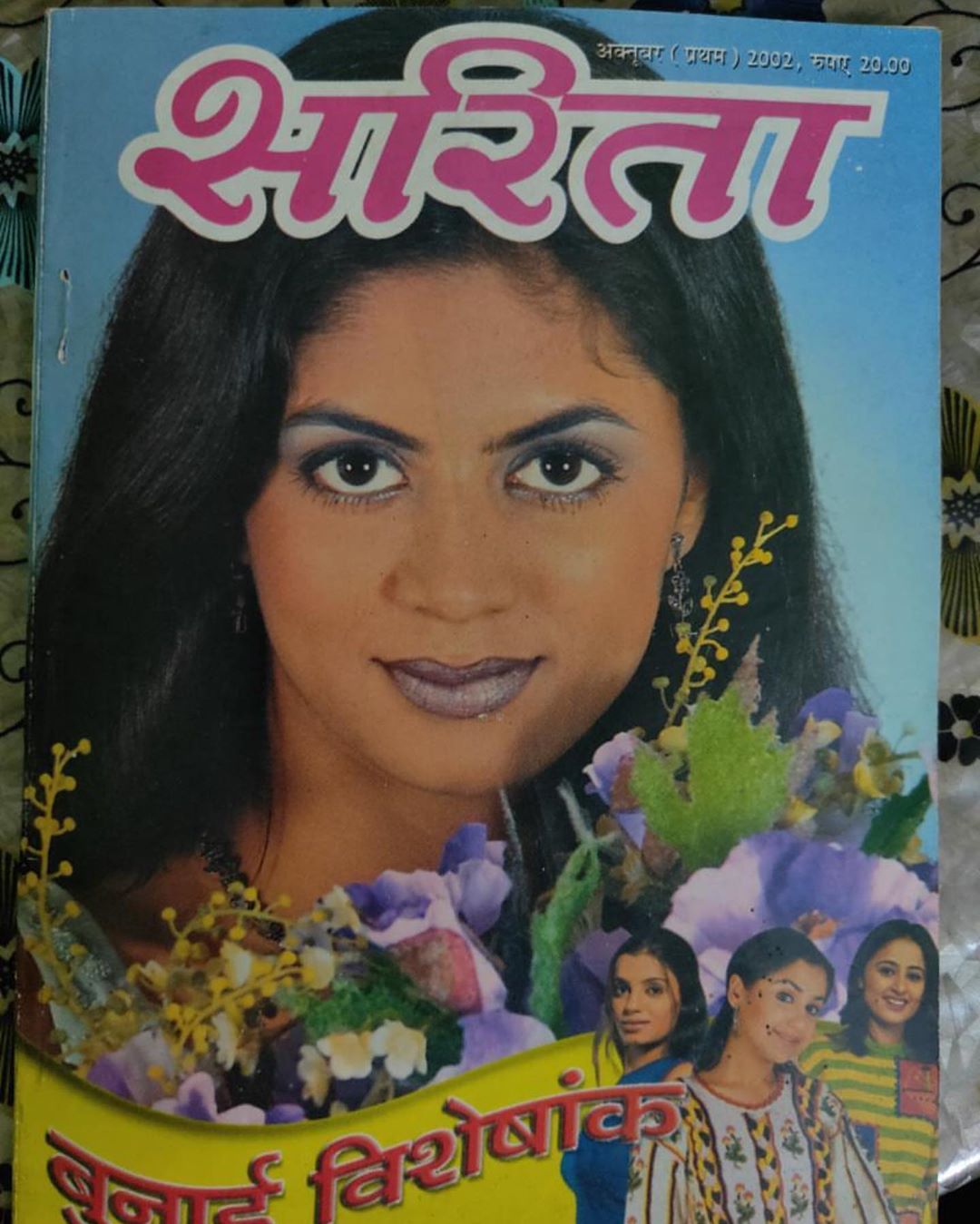 Soon after Kavita had shared this post, her doting hubby, Ronnit Biswas didn't spare this chance to indulge in the fun. He commented, "I love it", followed by a heart emoji. Adding more humour to this, Kavita replied, "@justronnit fine ! Lemme come back from Delhi and IL wear this make up everyday and give u zehreeli chummi! Specially on amavasya ki raat!" And Ronnit signed off by commenting, "@ikavitakaushik accha!!! I look forward to it then." Checkout: 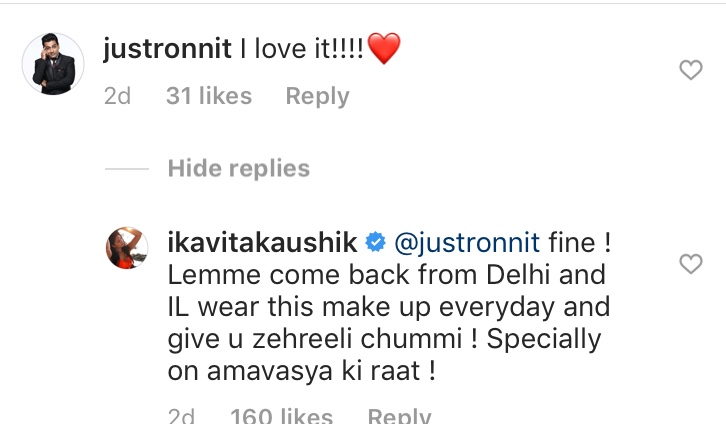 In an interview post their wedding, when Kavita was asked why she had chosen Ronnit as her husband after being best of friends, she had replied, “Contrary to my image of an extrovert, I have a small but strong inner circle. I’ve been blessed with the best parents and a few amazing friends, who’ve kept a wild child like me grounded. A few have put a spy after me, too, I’m sure. So actually the people closest to me knew what was was happening in my life.” (Also Read: Farah Khan Kunder Gets Emotional As Her Son, Czar Kunder Leaves For His First Out Of Town Camp) In the same interaction, she had further revealed that Ronnit had filled the void in her life which was left by her father when he had passed away. In Kavita’s own words, “Ron is one of my closest buddies. In fact, he is a reflection of me, not the outer image that people know of me, but the real person that I am, my habits, my dreams, the drive, the love for a simple life and more. My father was a great source of strength for me.With him around, I could goof up and not regret. I could fight the world and not be scared; he gave me the luxury to be reckless.” 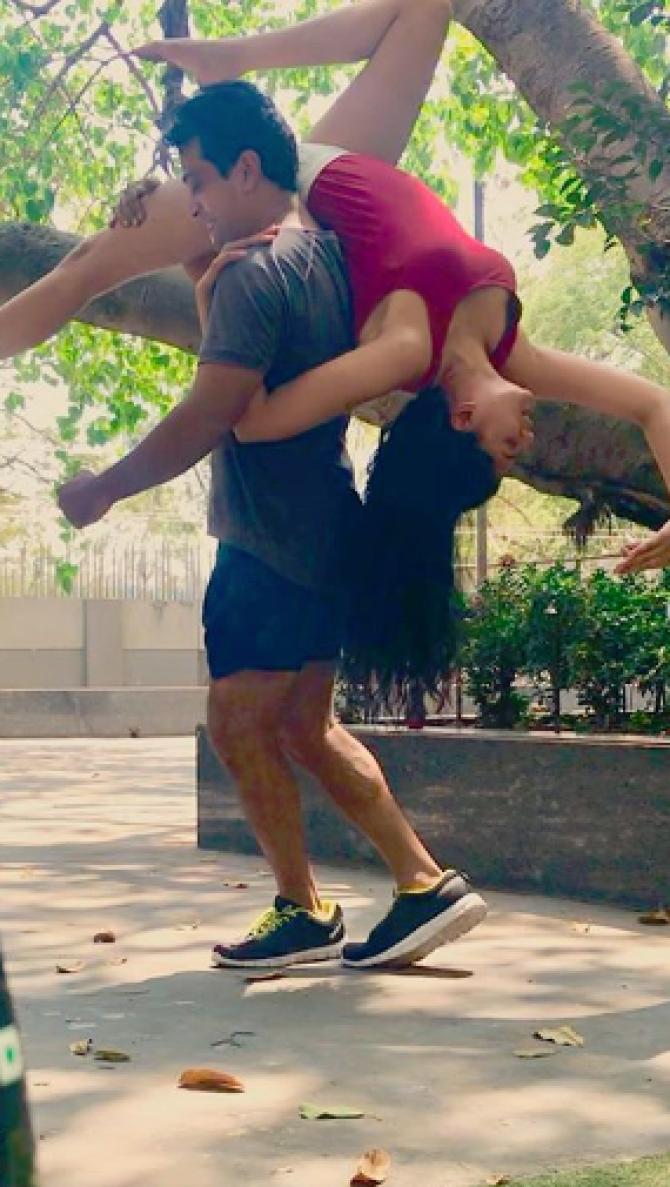 Elaborating on it, she had further gone on to share, “You know, it’s not the years or age that matures you, but when your strong father struggles to open his water bottle and looks at you meekly to open it for him, you realise that life spares no one. The three years my father fought cancer, my mom and I fought it too, not just on the outside with his medicines and hospitals, but we felt like it was attacking us from the inside, too. I was insecure and petrified of losing my dad. Each time the phone rang, I would get startled; I would dread receiving any news from home. This made me an angry and unhappy person. I was exhausted fighting it alone and that even caused me to choose wrong relationships and wrong work projects, damaging my self-confidence and individuality." 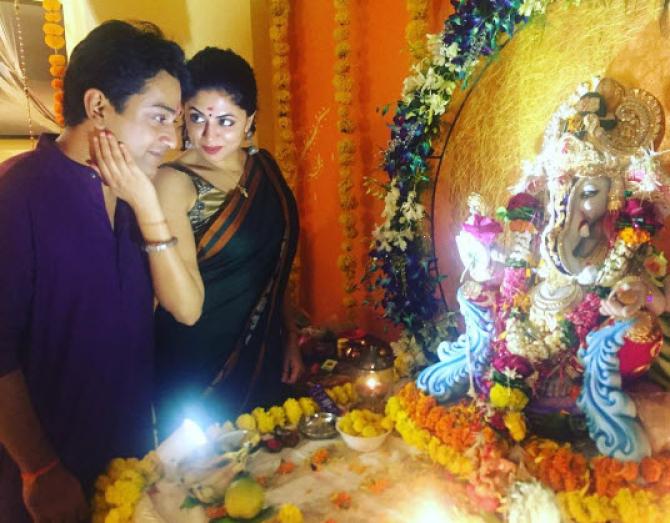 She had further divulged, "I met Ron around that time. His energy was that of a companion. Ours was a platonic but close equation, which I think is the real definition of true friendship. His simplicity, his large-heartedness and compassion drew me towards him. Ron completed me. He stood next to me while I saw my father’s pyre burn and that’s where we both locked our hands to never let go. In my earlier relationships, I knew it was perhaps wrong and I was always searching for something else. But now I know that I don’t want to grow old with any other man. I’ve never been more sure.” (Checkout: Rohit Suchanti Wishes His Bigg Boss 'Crush' Srishty Rode On Birthday, Reveals What Makes Her Special) What a lovely social media banter! What do you guys have to say about this? Do keep us posted!

Kavita Kaushik Doesn't Intend To Give Birth To Her Kid In India, Actress Reveals Reason Behind It Television actress, Kavita Kaushik is still remembered across the nation for her character, 'Chandramukhi Chautala', from the hit show, FIR. However, the actress had shocked her fans when she had decided to marry her boyfriend, Ronnit Biswas, on January 27, 2017, as not many people were aware of their relationship. However,