Every girl needs a prince, who saves her when she falls and Sara Ali Khan has found her's in Kartik Aaryan. Checkout how he saves her from falling on the stage!

The enchanting world of celebrities is filled with dating rumours and linkup stories. While some are true, some are just tittle-tattle to promote their upcoming films or to gain publicity. But then there are some gossips which we pray to be true. There are some stars, who look perfect together and we pray to Cupid to hit them with it's sharpest love arrow. And Sara Ali Khan and Kartik Aaryan are one of those stars. They not only just look good together but they know how to respect each other and we can see hearts in their eyes whenever they are together. (Recommend Read: Deepika Padukone's Sweet Question At An Event About Her Hubby, Ranveer Singh Is Winning Hearts)

Kartik and Sara's love angle had started when the latter had candidly confessed of her liking for the Sonu Ke Titu Ki Sweety star on Karan Johar's show, Koffee With Karan. And while everyone was drooling over Sara's honest confession, Kartik also couldn't avoid her charm. Since then, the entire world (including us) rooted for the duo to go on a coffee date 'as-soon-as-possible'. And thanks to director, Imitiaz Ali, we are soon going to see our favourite jodi on the silver screen. Before that, the duo have been making headlines with their mushy pictures and 'hush-hush' meeting. But for quite some time, there have been speculations that Sara and Kartik's 'in-love' phase is over and they have parted ways. However, we spotted the rumoured exes, Kartik and Sara setting the stage of Star Screen Award 2019 on fire with their adorable PDA. While the event is yet to be telecasted, the pictures and videos of the same have been trending on social media. And in one of the videos, we can see Kartik rescuing his rumoured lady love from falling on stage as she almost trips over the train of her dress. Take a look at the same below:

In another video that has been trending on social media, we can see Sara teaching the hook step of her hit song, Aankh Marey to Kartik. Check it out below:

This is not the first time that Kartik has played the perfect gentleman role. Earlier, when he was shooting in Lucknow, Sara had paid him a surprise visit. However, as soon as the two had decided to step out they were surrounded by a multitude of fans waiting for their one glimpse. But Kartik had played the protective beau role and shielded Sara from the crazy crowd.

In an interview with the Hindustan Times, Kartik had revealed about his relationship status, and had said clearly stated that he is single and is not dating anyone. He was quoted as saying, “Well, I want to tell you the official status. My relationship has no status. I am very much single. Ab main kya bolu. I feel it's a good thing that they (female actors) are giving me so much attention. I am blushing and I am happy and enjoying it.” (Also Read: Asha Bhosle Shares Her Joy On The Return Of Her Sister, Lata Mangeshkar From Hospital After 28 Days) 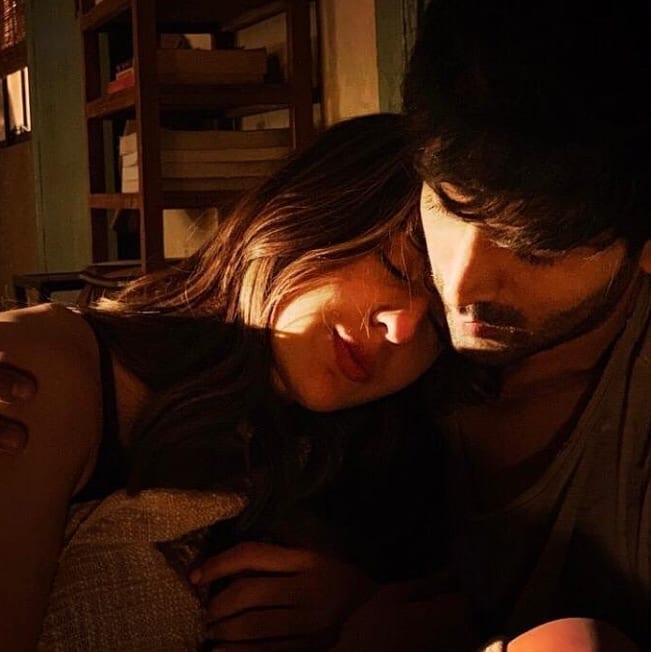 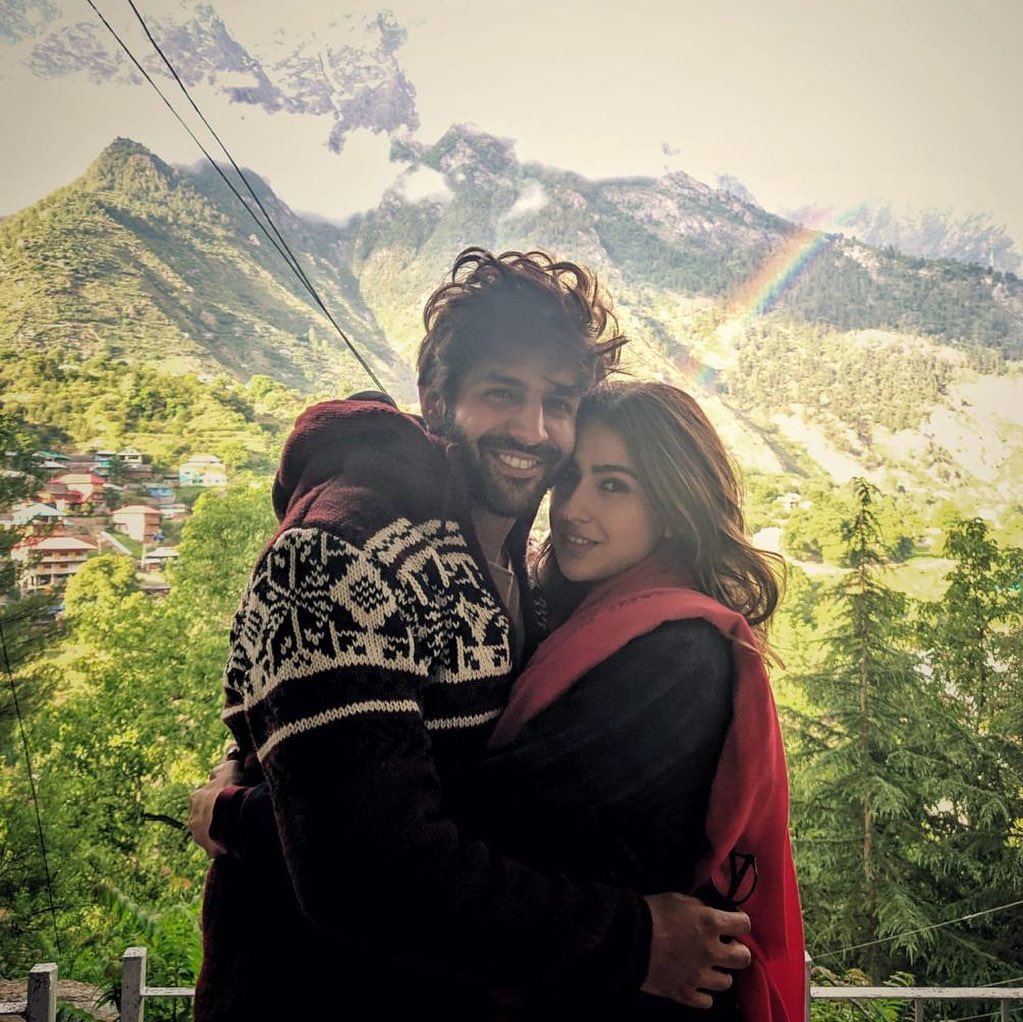 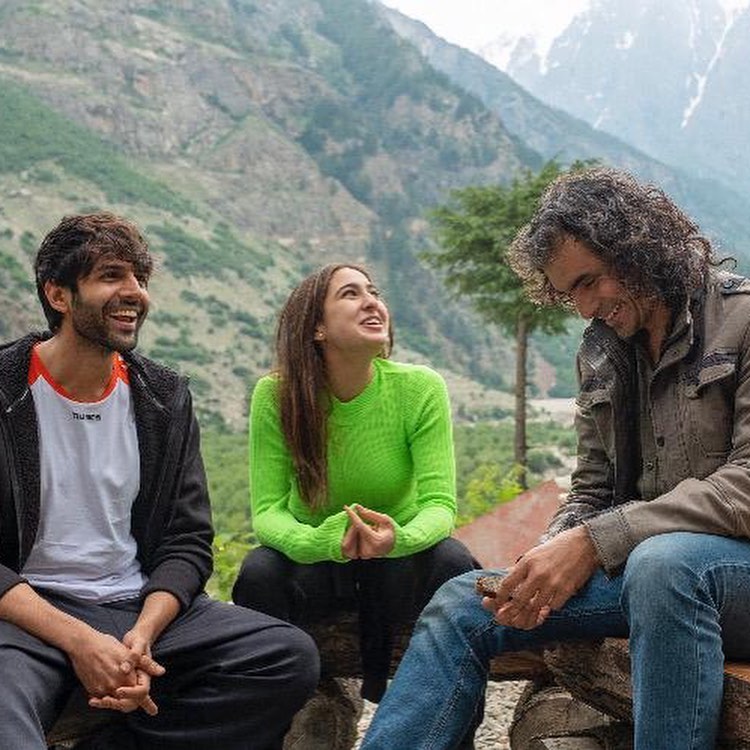 To this, Kartik had posted an equally loving note that could be read as "When Veera says "...Par yeh raasta, yeh bahut accha hai. Mein chahti hoon ki yeh raasta kabhi khatam na ho" This is what shooting with @imtiazaliofficial feels like. 66 days were way too less. It's a wrap A film I never wanted to end. Thank you to my dream director." In an interview with the Femina magazine, Sara had talked about Kartik as a co-star and had said, "Kartik is a talented actor, giving co-actor, and a considerate person; working with him has been a blast. We’re both Imtiaz Ali fans, and I can’t believe we’ve been given this opportunity." (Don't Miss: Parth Samthaan Pours Kisses To Niece, Rivah, Erica Jennifer Fernandes Too Joins In To Play With Her)

Well, we love how cutely Kartik saves his lady love, Sara from tripping!