It was a paparazzi festival in the city when the family of superstars, Kareena Kapoor Khan, Saif Ali Khan,Taimur Ali Khan, Soha Ali Khan, Kunal Kemmu and Inaaya Naumi Kemmu were spotted on an outing! 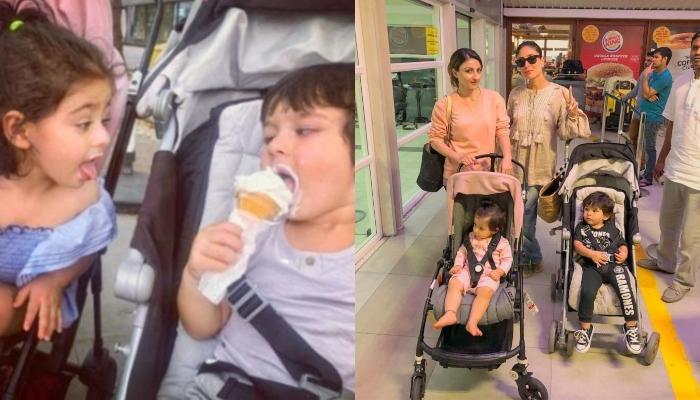 The big happy family of Bollywood superstars, Kareena-Saif, Soha-Kunal was blessed with the stork's choicest blessings, in the form of Taimur Ali Khan and Inaaya Naumi Kemmu. Kareena and Saif had embarked the journey of parenthood on December 20, 2016, when a grey-eyed munchkin, Taimur had entered their lives. While, Soha and Kunal were blessed with a baby girl named Inaaya on September 29, 2017. Needless to say, that the Khan-Kapoor clan is always on the target of the paparazzi, owning to the most stylish actress of our time, Kareena Kapoor Khan and her 'already a superstar' son, Taimur Ali Khan. Kareena-Saif along with Soha-Kunal and their little munchkins, Tim and Inaaya went for an outing in the city yesterday. Scroll down to check out the latest clicks! (Recommended Read: Sania Mirza Shares A Video Of Her Hilarious Conversation With Son, Izhaan Mirza Malik)

The star cousins, Taimur and Inaaya are paparazzi's favourite in the Khan-Kapoor family and fans love to catch a glimpse of them, time and again. From their playdates to vacation or casual outing, paparazzi never miss a chance to click the adorable cousin duo. Courtesy to the lockdown, the paparazzi weren't able to click their favourite muses since no one was stepping out of their houses, probably that's why it was a paparazzi glow-up when Kareena Kapoor Khan, Saif Ali Khan, Taimur Ali Khan, Soha Ali Khan, Kunal Kemmu and Inaaya Naumi Kemmu were spotted out and about in the city yesterday! 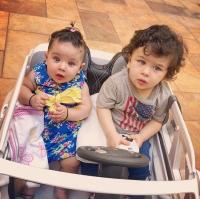 Bollywood superstar, Kareena Kapoor Khan, along with her husband, Saif Ali Khan and their little munchkin, Taimur Ali Khan were spotted on an outing yesterday on the streets of Mumbai. Later, they were also joined by Saif Ali Khan's sister, Soha Ali Khan accompanied by her husband, Kunal Kemmu and their little baby doll, Inaaya Naumi Kemmu. The Khan family took proper precautions and donned masks. While the ever-stylish Bebo was spotted in a tye-and-dye polo t-shirt and faded blue, ripped denim, Saif was seen in his signature look, white kurta-pyjama. Little Tim looked cute as a button in a grey t-shirt and blue three-fourths. Baby Inaaya looked adorable in a white t-shirt and black bottoms and the dapper daddy, Kunal Kemmu twinned with his baby girl in black and white. Soha looked elegant in a blue printed top teamed up with blue denim. One of the most popular families of Bollywood were out and about in the city and it was like a festival for the paparazzi since they're not getting any clicks as no one is stepping out. Check out the pictures below: 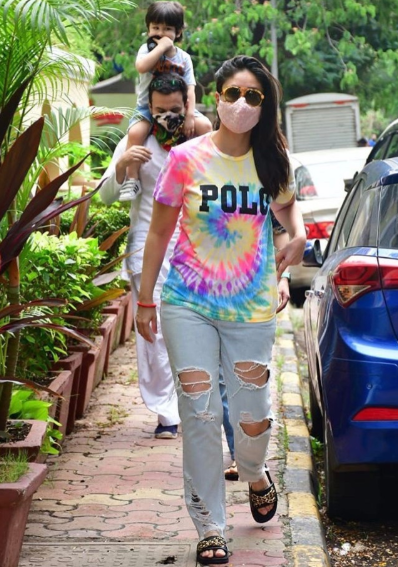 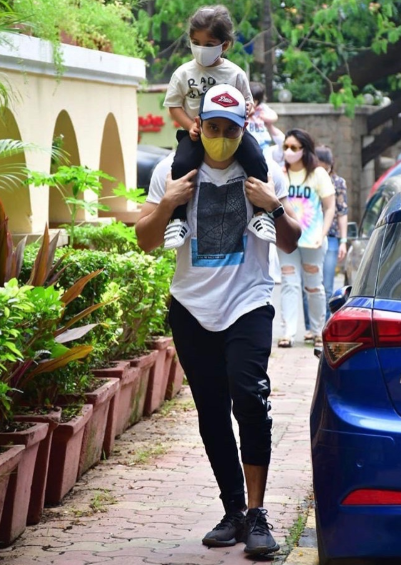 Some days ago, little Inaaya had paid a visit to her cousin, Taimur ahead of Father's Day along with mommy, Soha and daddy, Kunal, when they were papped. We had stumbled across pictures and videos of Soha Ali Khan, her husband, Kunal Kemmu and their little munchkin, Inaaya on their way to Saif Ali Khan and Kareena Kapoor Khan's abode, to pay a visit to them. The Khan family was seen taking proper measures on stepping out, wearing gloves and masks. Viral Bhayani had posted the picture of Inaaya sitting in her mommy, Soha's lap in the car, while her daddy, Kunal was sitting beside his wife. Viral had also posted a short video of when they had reached Saif and Kareena's place. Soha could be seen quickly getting out of the car with little Inaaya in her arms, followed by her husband, Kunal. (Also Read: Ankit Shah Of 'Dil Toh Hai Happy Hai Ji' Is All Set To Tie The Knot With His Longtime Girlfriend)

Did you know that during the course of the lockdown, the superstar cousins, Inaaya and Taimur used to catch up with each other over video calls? Some time ago, in a conversation with Pinkvilla, Kunal Kemmu had spilt beans about the same. Kunal had revealed that the doting parents had made sure to connect their little munchkins via video chat. Kunal had further explained that the kids loved to see each other on the video and even though mostly what they talked was gibberish, they had enjoyed being in each other's company, even virtually. He had said, "Technology has helped them stay in touch with each other. They love chatting over video calls. The conversations are mostly gibberish and a little about what they are doing at home." (You May Also Like: Aly Goni Shares A Loving Birthday Wish For Rumoured GF, Jasmin Bhasin, She Calls Him 'Special') 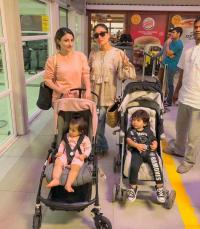 We love to see Tim and little Inaaya papped together!