Kareena Kapoor Khan and Saif Ali Khan are expecting their second baby. In a recent interview, Kareena opened up about Saif’s reaction when he got to know about their second pregnancy.

When a couple embraces parenthood, their life takes a U-turn, and everything starts revolving around the new member. Feeding, diaper duty, sleepless nights become the usual routine, and it goes on till the baby attains a certain age. From being on the toes 24*7 to fulfilling every need of the baby, parenthood is not at all a cakewalk. But it all seems worth it when you look into the eyes of your munchkin and they smile back at you. (Also Read: Charu Asopa Accepts Her Hubby, Rajeev's Bengali Culture, Dresses As A Bengali Bride On Durga Asthami)

Talking about parenthood takes us to soon-to-be parents for the second time, Saif Ali Khan and his begum, Kareena Kapoor Khan, who announced the news of expecting a new addition to their family, a month back. It was on December 20, 2016, when Saif and Kareena had welcomed the little prince of Pataudi, Taimur Ali Khan into their lives. And the very first glimpse of Taimur had stormed the internet. With those chubby red cheeks and grey eyes, Taimur Ali Khan had made his way into the hearts of millions and had become a star overnight outshining his parents. 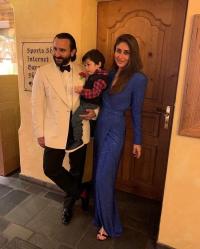 In an interview with Zoom, Kareena Kapoor Khan was asked about Saif Ali Khan’s reaction to their second pregnancy and Bebo revealed that there was no filmy reaction. Talking about the same, she said, “Unfortunately in my house there is nothing filmy as such. Because Saif is very normal and relaxed. Of course, he is always happy to hear it. So like I said, it wasn’t planned but it was something we really wanted to celebrate and we are really enjoying it together.” 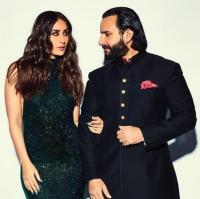 It was on August 12, 2020, when Saif and Kareena had released a joint statement about a new addition into their family, “We are very pleased to announce that we are expecting an addition to our family.” Since then the gorgeous couple has been receiving congratulatory messages from their friends, family and fans. On October 3, 2020, Kareena had posted a selfie, wearing a black-and-white checked kaftan and had captioned it as “5 months and going strong PS : The #KaftanSeries continues.” (Also Read: Kajal Aggarwal Flaunts Her Sparkling Engagement Ring, Gives Glimpses Of Pre-Wedding 'Shaadi Vanity') 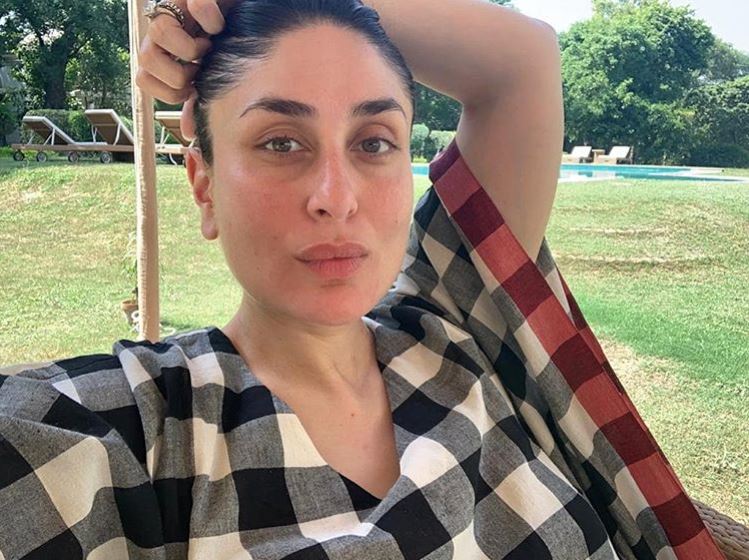 A few weeks ago, in a video shared by Kareena Kapoor Khan on her IG feed, the soon-to-be second-time parents had spoken about the ‘surreal’ feeling of holding their little one for the first time in their arms. When asked, “What was it like to hold your baby for the first time?” while Kareena had said, “Even though I carried him for nine months, I think every mother experiences this. I just felt extremely surreal”, Saif Ali Khan had remarked, “I think we cannot describe it in words.” 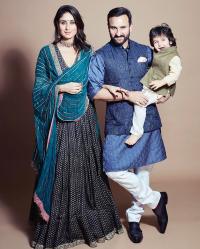 In an interview with Anupama Chopra, Kareena Kapoor Khan had opened up on her second pregnancy. She had shared that she wants to stay healthy in her second pregnancy, "Last time, I just took myself for granted and became huge. I put on 25 Kgs. I don't want to do that. I just want to be healthy and fit. I think the first time, it's just excitement. Everyone's like parathe khao, ghee khao, doodh piyo, besan ka laddoos are coming. And now, I'm like listen I have done it before, I know what my body requires. My doctor's like 'listen you are not eating for two, that is just a myth. Just be healthy and be safe.' And that is what I am trying to do." (Also Read: Neha Kakkar Dances With Her Family On 'Dhol' As She Makes A Grand Entry On Her 'Haldi' Ceremony) 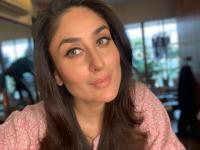 We wish Kareena a happy and healthy pregnancy! A father-son bond is a very special one as the two never speak enough about the love they hold for each other and yet care for each other the most. Every boy grows up seeing his father, learning the values of life from him and dreaming to be like him. And the