True love enters your life at the most unexpected time. And that's what happened with Kareena Kapoor Khan when she met Saif Ali Khan. Scroll down as she shares a picture of him! 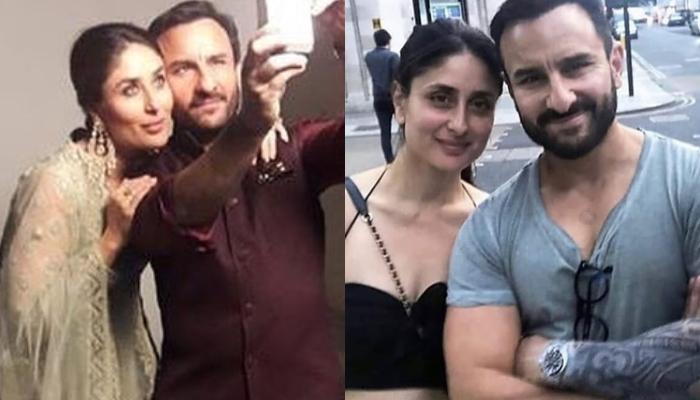 When we knew nothing about couple goals that's when Bollywood actor, Saif Ali Khan showed off his 'lover boy' side by getting inked his muse, Kareena Kapoor Khan's name on his forearm. It was the first time when we had seen a big star getting out of his way to prove his love. At that time, the media and fans instantly started rooting for Saifeena (as they lovingly called Saif and Kareena) and they were hailed as the power couple of the Tinseltown. Its been seven years of their togetherness and yet they radiate the new couple glow whenever they step out of their home. (Recommend Read: Jay Bhanushali And Mahhi Vij's Baby Girl, Tara Looks Like An Angel While Sleeping In This Picture)

We all know that Kareena and Saif fell in love on the sets of Tashan (2008). Last month, in an interview with Anupama Chopra, Kareena had admitted that she was damn sure that Tashan will be the turning point of her life and her career, but destiny had other plans. While the film helped her find her 'dream man', Saif Ali Khan, it didn't work at the box office. And her other film, Jab We Met which she didn't have any hope for became one of the best films of her career. Kareena had stated, "But this (Jab We Met) changed my career and that (Tashan) changed my life. Because I did meet the man of my dreams and I did marry him. "

We all know that the queen of Bollywood now has a digital address as she has made her Instagram debut. On March 7, 2020, Kareena took to her Instagram handle and shared a monochrome picture of the love of her life, Saif from her son, Taimur's third birthday. In the picture, we can see Saif playing the guitar and relishing the moment. She captioned the picture as "My love... always playing his own tune". Check out the picture as:

Coming back to Kareena and Saif's love story, in an interview with Pinkvilla, Kareena had revealed an interesting detail about her proposal story with Saif. She had shared that Saif had proposed to her thrice, but every time she said she don't know. In Kareena's own words, "He did tell me that ‘I think we should get married’. He told me that in Greece and he told me that in Ladakh as well. And at that time I was like ‘I don’t know because I don’t know you’. So it was not really a ‘no’ but it was more like an ‘I want to know you better.'" Kareena had further called it the best decision of her life. (Also Read: Dia Mirza Opens Up About People's Reaction Around Her Post Her Separation With Sahil Sangha)

She had further added, "He’s 10 years older than me & has 2 kids. But for me, he was just Saif–he helped me heal & love myself. Maybe it was the fact that we’re so different–he’s more private & not ‘Bollywoodised’, but I imbibed that from him. I learnt to balance things & not let them get to me. We'd been dating for a while when he said he’s not 25 & can't keep dropping me home every night. So he told my mom, ‘I want to spend the rest of my life with her. We want to live together.' My mom was cool with it. It’s so easy with him. Even when we decided to get married, it felt right."  (Don't Miss: Isha Ambani Looks Gorgeous In A White Ensemble For Holi Bash, Wins Our Heart With Her Classy Look)

Well, we love this new picture of Saif shared by Kareena! What about you? 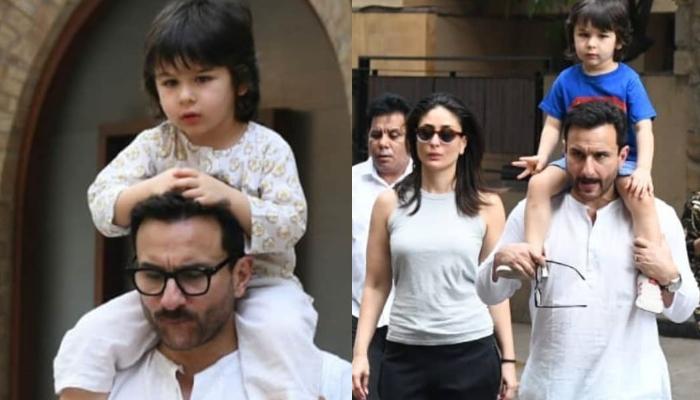 The best way to raise your little ones is by giving them adventures not materialistic things. While we often get busy in our daily life, we forget giving our children an ample amount of time which they crave. But Bollywood's power couple, Saif Ali Khan and Kareena Kapoor Khan know how