On August 11, Kareena Kapoor Khan shared a series of photos on her IG handle, and one thing is for sure, Kareena is ageing like a fine wine! Did you know that Saif Ali Khan had proposed to Kareena Kapoor Khan thrice? And that she had had said 'no' every time? So how did 'Safeena' came into existence! Well, Kareena had once talked about it in an interview that although she said no to Saif every time, it was more like she had wanted to take this forward and get to know him better. When asked if she had conveyed that to him, she had said yes but not in so many words. And, the rest? Well, that is history! (Recommended Read: Happy Birthday Vikram Sarabhai: When 'Father Of Indian Space' Fell In Love With His Wife's Friend)

Now, since the shootings are resuming gradually, Bollywood diva, Kareena Kapoor Khan had also given a glimpse of her in-house shooting some days ago. On August 10, 2020, Kareena had shared a sneak-peek of her shoot day with her darling hubby, Saif Ali Khan. In the video, we could see Saif and Kareena getting their makeup done by the professionals. Kareena had also posted a picture of her final look on her IG feed, and had written, "Wake up and makeup is the Monday mood I was waiting for." Check it out below: 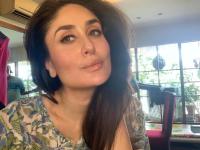 On August 11, Kareena shared a series of photos on her IG handle, and one thing is for sure, she is ageing like a fine wine! Donning her husband, Saif's shirts, Kareena was a scintillating sight. She shared her photos on her with a lovely caption, thanking Saif for lending her his shirts. Her caption can be read as "I love love love Saif... for lending me his shirts and for his photography skills. Thank you @filmfare for this exciting experience." Check out the pictures below:

On July 23, 2020, Kareena had shared a throwback picture with her hubby, Saif Ali Khan and their son, Taimur Ali Khan, from one of their vacations. In the picture, Saif could be seen holding Taimur in his arms while Kareena had hugged him, and the blissed-out couple had smiled for the camera. Kareena had captioned the picture as "All I ever need… #FavouriteBoys #TakeMeBack." 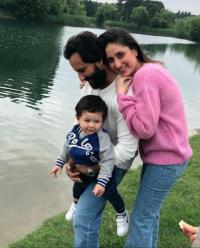 In a throwback interview with Conde Nast Traveller, Saif and Kareena were asked their favourite date-night spot in Mumbai, and Saif had said, "The poolside at The Taj Mahal Palace Hotel in Colaba. And our balcony at home." Revealing their travel style, Saif had remarked, "I like my comfort, but it is nice to look smart. So loose trousers, maybe pyjamas, a tracksuit, corduroys. I want to be comfortable and look normal when I arrive somewhere." To which, Kareena Kapoor Khan had intervened, "Luxe comfort, that's the term for it." (Also Read: Sushant Singh Rajput Was Dating Kriti Sanon Before Rhea, Claims His Former Assistant, Spills Beans) 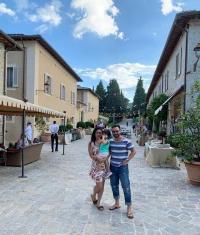 Kareena had some days ago, shared a throwback picture from their Maldives vacations in 2018, and it had set the internet on fire! Bebo could be seen flaunting a red bikini, Saif had donned brown shorts and baby Tim had taken our hearts away in his blue shorts drinking the coconut water. Kareena had captioned her post as “I am not dreaming of beaches... You are! #TakeMeBack” followed by a heart emoji.

Once in an interview with the Mid-Day, Kareena had revealed how Saif had helped her from not becoming a part of the mainstream and maintain her unique identity. The actress had shared how he helped her in seeing the bigger picture of films. She had said, "As actors, we meet the same people, talk about which film is being made, which brand endorsement you missed, which director you want to meet for the next big role. This loop gets toxic. For me, reinvention is getting the big picture right and [that is achieved] by knowing more about the world. I have had the privilege of taking a step back, travelling, reading, and meeting people who have nothing to do with this world. I owe that to Saif." (Don't Miss: Happy Birthday Vikram Sarabhai: When 'Father Of Indian Space' Fell In Love With His Wife's Friend) Saif Ali Khan had made his debut as main lead with Yash Chopra’s Parampara, back in 1993. It's been more than two decades since Saif Ali Khan has been thriving on his signature style of bringing characters to life, and we enjoy every bit of it. When you survive in