Eight years into married life, Kareena Kapoor Khan revealed how she had felt when she first met Saif Ali Khan. On 'What Women Want', Kareena and Varun Dhawan discussed how filmy they are, in love!

It is said that when you’re in love, you get a fluttery sensation a.k.a. butterflies in your stomach, your heart racing, you hear a heavenly choir in the background, you chart out a life plan in your mind, every romantic film/song reminds you of them and insomnia starts feeling good thinking about them. First will always be unforgettable as it marks the beginning of a new story and you can never forget how you felt when you first saw your special someone. Kareena Kapoor Khan recalls how she felt when she first met her hubby, Saif Ali Khan and every filmy girl could relate to it! (Also Read: Neetu Kapoor Remembers Rishi Kapoor As He Completed Five Decades In Industry With 'Mera Naam Joker')

Since Saif Ali Khan had co-starred with Karisma Kapoor in the past, Kareena Kapoor Khan was no stranger to her future husband. Saif and Kareena were later roped in for their first film together, LOC Kargil but it was 2006 film, Omkara which marked the new beginning for the couple. A few years after dating and living with each other, Saif and Kareena had taken the celebrity wedding bar high with their royal union in 2012. With their traditional nikaah ceremony, Saif and Kareena had proved that inter-faith, inter-religion, inter-background and inter-anything doesn’t matter when one is in love! 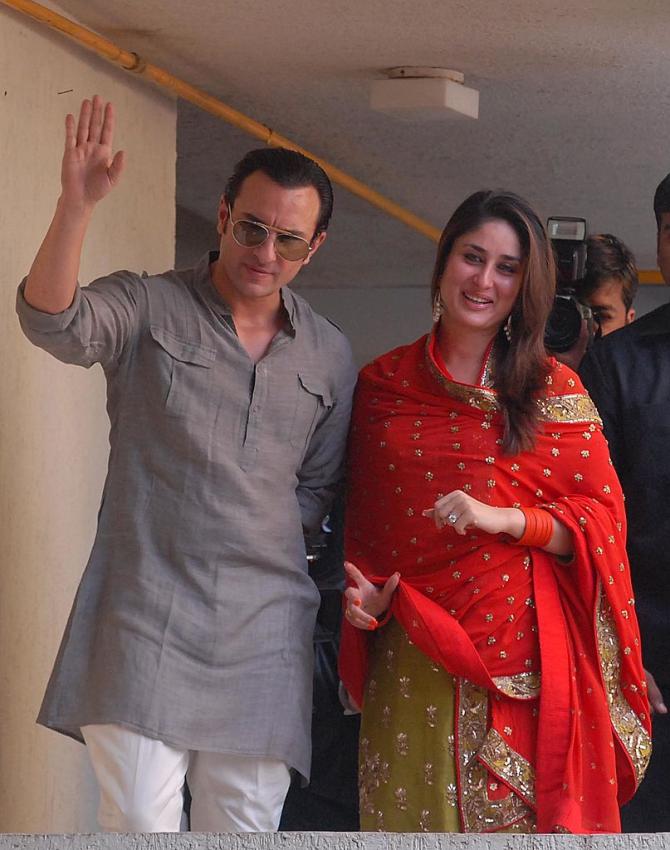 Eight years into married life, Kareena Kapoor Khan revealed how she had felt when she first met Saif Ali Khan. On her show, What Women Want, Kareena and Varun Dhawan discussed how filmy they are when it comes to love. When Kareena asked Varun if he is more like old school kind of pataooing or this generation’s kind of dates, he retorted, “I don’t know. See, wooing someone is amazing. Usme bohot mazza aata hai. You know, like, the first time you see someone you like, then your eyes cross paths and there is a little bit of attraction.” Kareena then interrupts and asks, “But does that actually happen?” Varun replies, “I don’t know if it happens anymore with people. When I used to date, initially it would happen.”

Kareena Kapoor Khan and Varun Dhawan then discussed ‘eyes meeting, romantic song and hair flying’ when one is in love. Varun said, “In my head. I don’t think the girls were that filmy, but in my head, a Hindi film was playing for sure.” Kareena then revealed that she felt the same way when she met Saif Ali Khan. Bebo said, “You and I both have grown up in that same kind of space, where we are continuously in a high-speed shot. It happened with me and Saif. Saif will never...it’s not in his head. He’s like Clint Eastwood. He’s on another Hollywood level and I was in Main Hoon Na, like that Sushmita saree wala flying. That’s why I said we both are quite similar.” Varun then also revealed that it happens with him and Natasha too, as he is more into Bollywood and she likes Hollywood songs. (Also Read: Kareena Kapoor Khan Says She's Proud Of Being A Working Mother, Talks About Hubby, Saif's Support) In a tell-all conversation with Humans of Bombay, Kareena Kapoor Khan had narrated when she had fallen in love with the Nawab of Pataudi, Saif Ali Khan, and how his non ‘Bollywoodised' lifestyle had taught her to balance things. Bebo had stated, “I've been blessed with people who have supported me thoroughly! So just when I thought I was falling, Saif caught me. I'd met him before, but while we were filming Tashan, something changed. I wore my heart on my sleeve! He was so charming; I fell for him hook, line & sinker.” Kareena had continued, “We'd enjoy the beauty, have great conversations and just bond!” 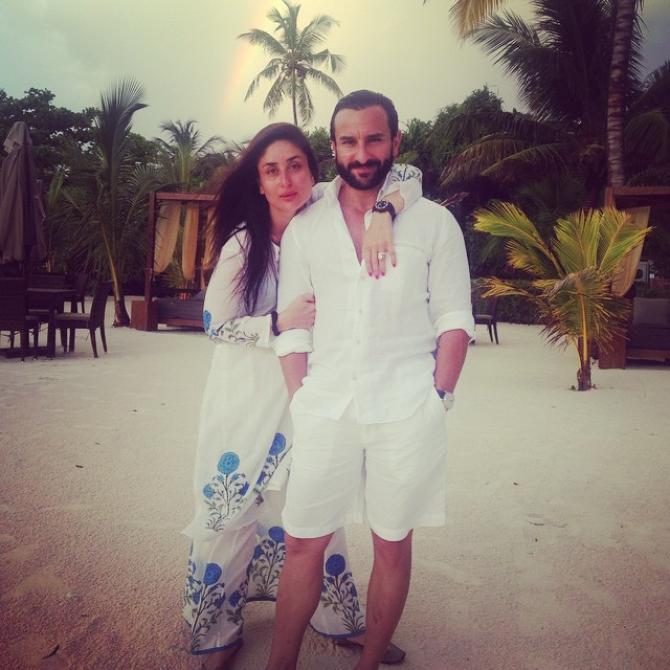 To mark their eighth anniversary, Kareena Kapoor Khan had posted a cosy romantic picture with her hubby, Saif Ali Khan. Revealing the key to their happy married life, Kareena had written in her caption how their ‘happily ever after’ started. Kareena had captioned her anniversary post as “Once upon a time there was a girl named Beboo and a boy named Saifu. They both loved sphagetti and wine... and lived happily ever after. Now you guys know the key to a happy marriage. On that note, happy anniversary SAKP... here’s to eternity and beyond.” (Also Read: Kareena Kapoor Khan Shares Picture Of Her Favourite Boys, Saif Ali Khan, Ibrahim And Taimur Ali Khan)

Are you also filmy when it comes to romance? Let us know! 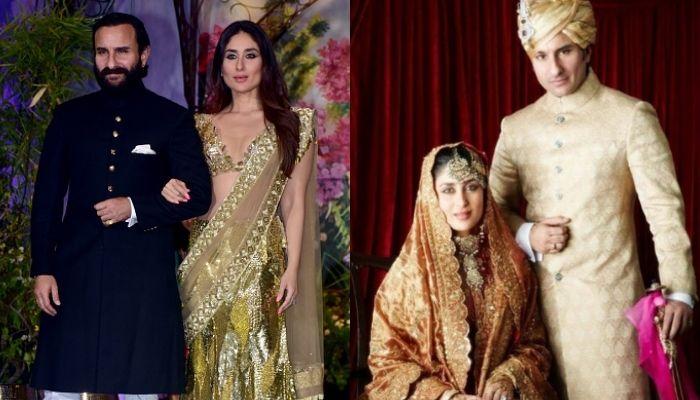 While getting married, the families and the couple are often confused about whether they should go for an intimate wedding or for a big fat Indian wedding. When we think of our favourite celebrities, their intimate weddings too are grand! However, did you know that Saif Ali Khan and Kareena