Actress, Kareena Kapoor Khan and her actor-husband, Saif Ali Khan, are well-known for their sartorial choices and airport looks. However, the duo is also very fond of travelling and engages in a trip whenever they get time. Though it is quite tough for them to take time out of their packed schedule, Kareena and Saif are quite often seen vacationing with their family.

Currently, Kareena Kapoor Khan and Saif Ali Khan are on vacation to the Maldives with their kids, Taimur Ali Khan Pataudi and Jehangir Ali Khan Pataudi. Kareena had taken to her IG handle to share a picture from their vacation on her hubby, Saif's 51st birthday. Sharing the picture, she had written, "Happy Birthday to the love of my life... To eternity and beyond with you is all I want." 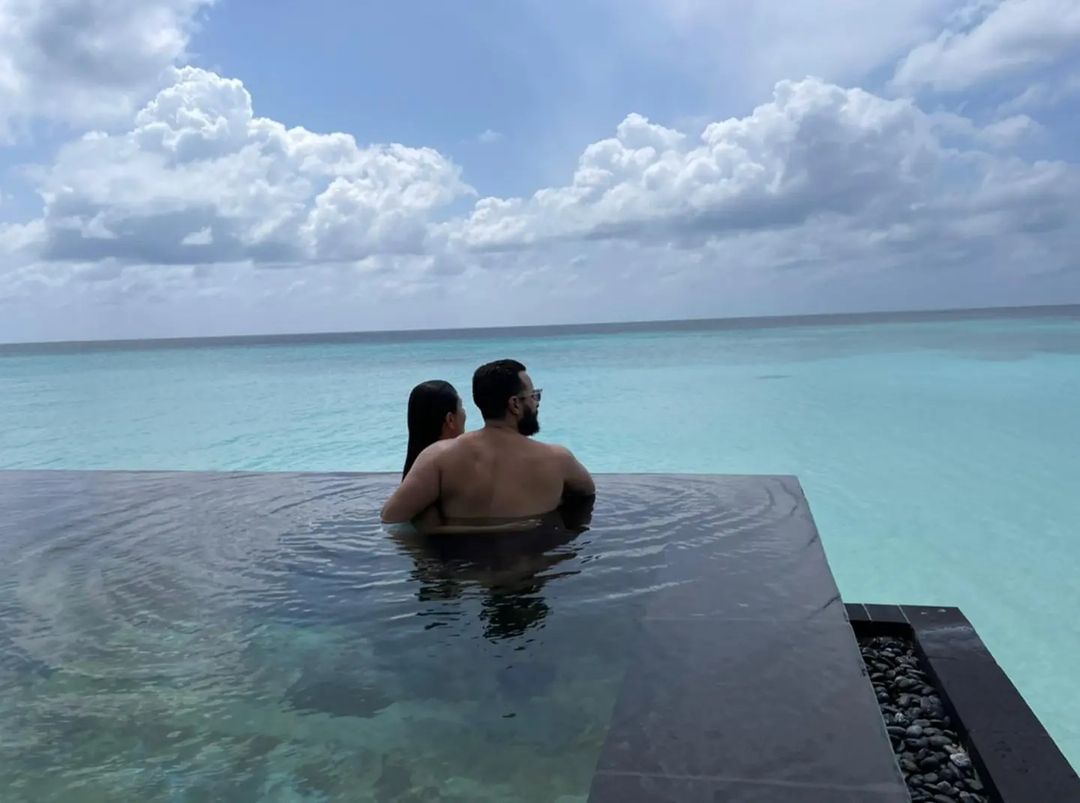 As the family of four is enjoying their vacation in the Maldives, Kareena Kapoor took to her IG stories to share a selfie of herself from the destination. The actress flaunted a bikini and wrote, "Selfie series continues" atop it. She also put a 'slow fashion' sticker atop it. The actress looked gorgeous in her no-makeup look and carried it out as if it's not a big deal.

Also Checkout: Anita Hassanandani Makes A Statement In A Bikini As She Flaunts Her Baby Bump In Maternity Pictures 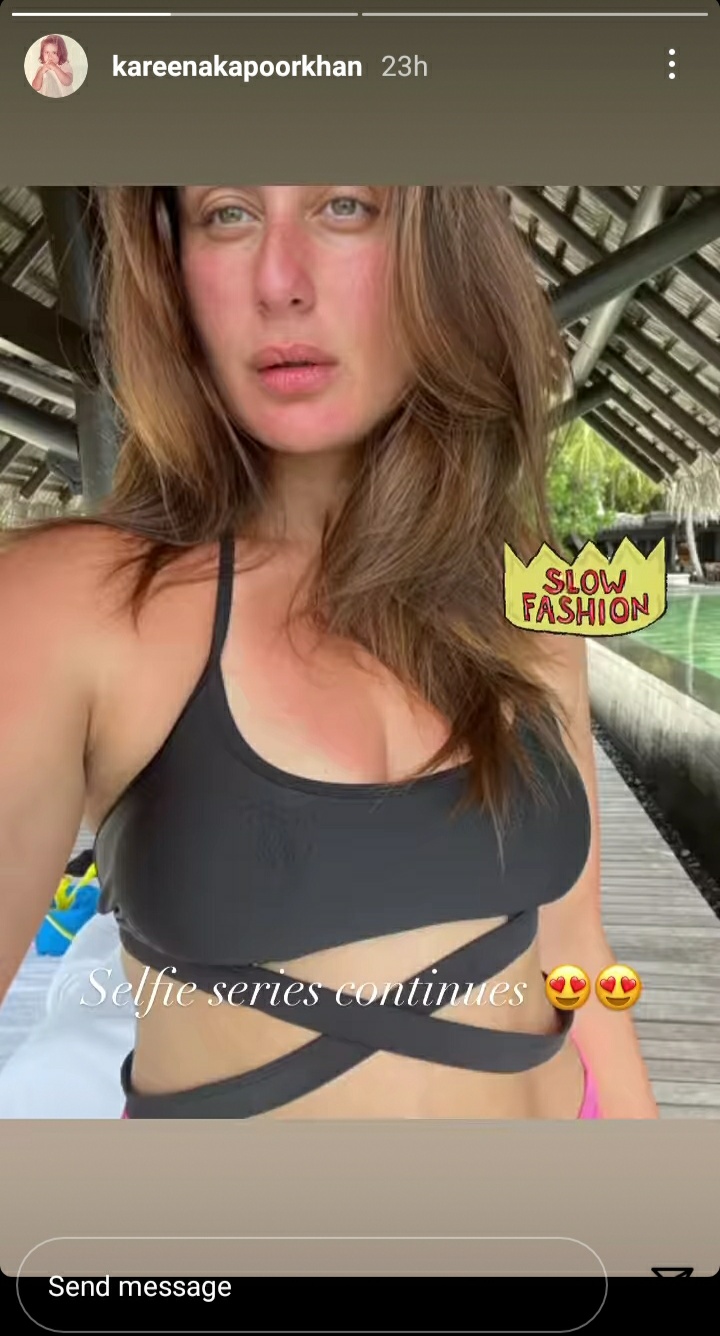 A few minutes ago, Kareena shared another selfie from her Maldives vacation and made us go in awe of the cuteness that was overloaded in the picture. The selfie featured her younger son, Jehangir Ali Khan. The little munchkin was dressed in a white T-shirt and was seen sleeping on his mommy's chest. On the other hand, Kareena flaunted a black monokini and her pair of black shades. The actress has also put a 'LIGHTS CAMERA NAPTIME' sticker atop the selfie. 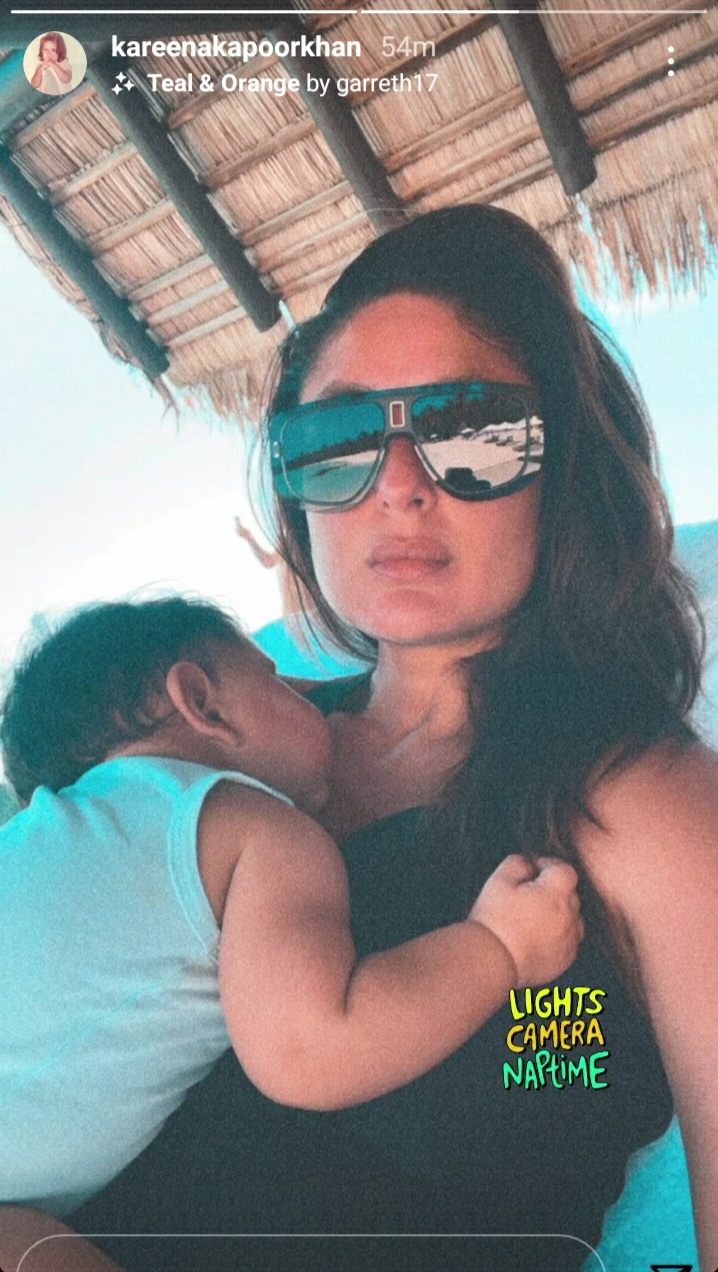 A few months ago, Kareena's nanad, Saba Ali Khan, had taken to her IG handle to look back in time when a summer outing was a normal thing to do. The throwback picture had featured her brother, Saif Ali Khan, bhabhi, Kareena Kapoor Khan, little Taimur, Soha Ali Khan, Kunal Kemmu and Inaaya Naumi Kemmu, along with Saba in one frame. In 2020, during the lockdown, Kareena Kapoor Khan had taken to her IG handle to share a ‘once upon a time on a beach holiday…’ picture with Saif and Taimur. In their throwback picture from the 2018 Maldives vacation, Bebo could be seen flaunting a red bikini, Saif had donned brown shorts and baby Tim had taken our hearts away in his blue shorts, drinking the coconut water. Kareena had captioned her post as “I am not dreaming of beaches... You are! #TakeMeBack”, followed by a heart emoticon. 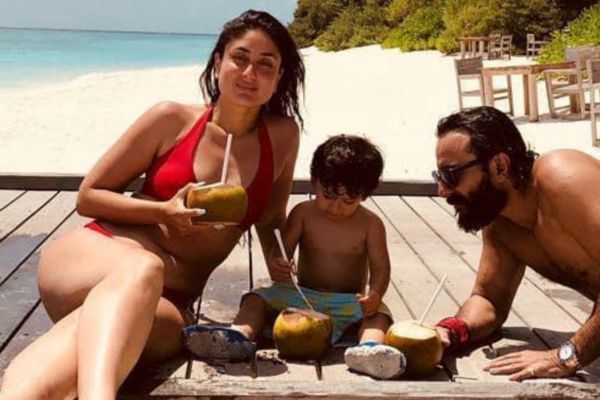 On the work front, Kareena Kapoor Khan will be next seen in Laal Singh Chaddha!