'Pavitra Rishta' fame, Karan Veer Mehra is all set to get married to his longtime girlfriend and actress, Nidhi Seth in an intimate Gurudwara wedding. Take a look!

Popular television actor, Karan Veer Mehra is all set to tie the knot with his longtime girlfriend and actress, Nidhi Seth in a Gurudwara wedding today on January 24, 2021, in the presence of their family members and close friends. The Shrimad Bhagwat Mahapuran fame, Nidhi Seth had spilt a lot of details about her wedding with fiance, Karan Veer Mehra in a conversation with the Bombay Times and had said that she had fixed some dates for the wedding earlier, one of which was in the month of December last year. But they had always wished to avoid the disastrous year 2020 and hence, they had chosen the date of January 24 for their wedding. (Recommended Read: Pregger, Kareena Kapoor Khan Glows As She Is Showered With Love By Sister, Karisma Kapoor And Family)

The adorable couple is super-excited for their D-day, and it is evident with their posts on their respective social media handles, as Karan and Nidhi aren't skipping a chance to shower their fans with stunning pictures from their wedding ceremonies. Once again, the actor has shared some beautiful pictures with his to-be-wife, Nidhi from their wedding festivities and we are in love with their camaraderie and the way they are when they're together. Scroll down to take a look! 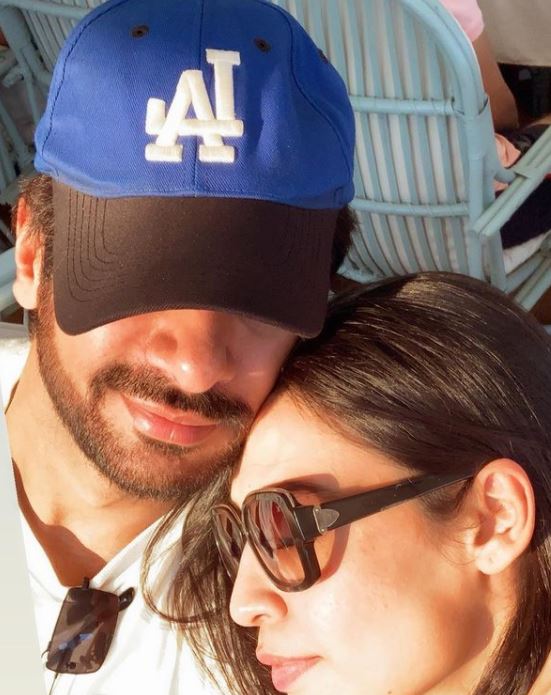 On January 23, 2021, television actor, Karan Veer Mehra took to his Instagram handle and shared two sets of amazing pictures and clips from his wedding ceremonies. While in the first set of pictures, the couple looked stunning in their respective colourful traditional attires and it was their craziness that made them everyone's favourite. While in some pictures, we can see them diving deep into each other's eyes, while in some we can see them easing each other with funny faces, undoubtedly they're a match made-in-heaven. Along with the pictures, Karan put some love-struck emoticons only in the caption. Take a look:

Talking about another set of pictures, then in this one, both Karan Veer Mehra and his fiancee, Nidhi Seth are looking glamorous in their respective outfits. On one side, Karan looked like a pure gentleman in his black high-neck and pants, which he paired perfectly with a grey-coloured blazer. On the other side, Nidhi complemented her to-be-husband with her lovely saree, matching jewellery, mehendi-clad hands, and her bridal glow. Along with the pictures, Karan wrote a small caption that can be read as "About "LAST" night, @nidhivseth #love #life #family." (Don't Miss: Hardik Pandya Pays A Video Tribute To Late Father, Wife, Natasa Reacts To Their Emotional Memories) 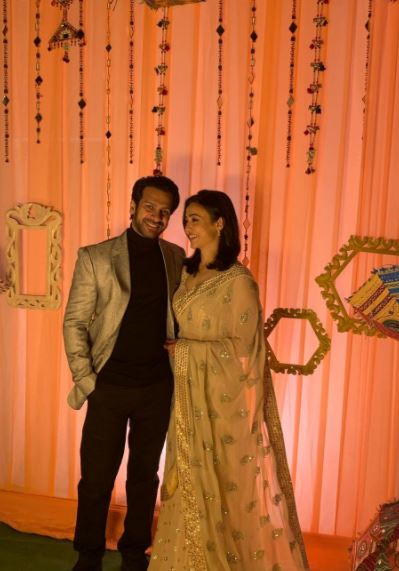 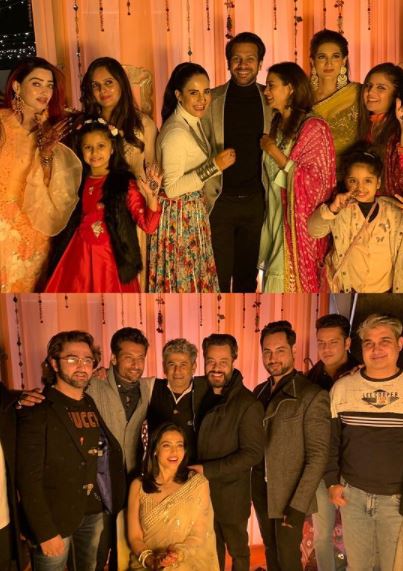 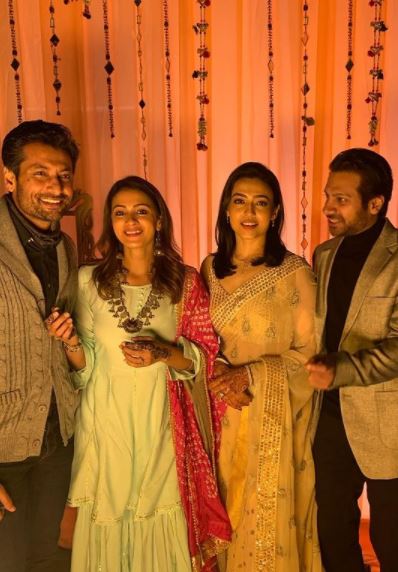 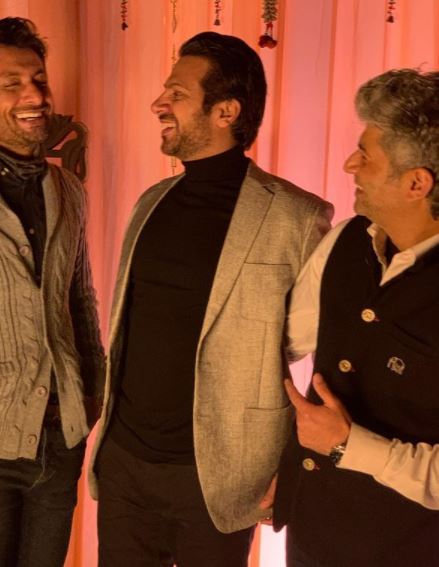 The wedding ceremonies are going on in full-swing, and it had started on January 22, 2021, with mehendi ceremony. Once again, it was Karan Veer Mehra, who had taken to his Instagram handle and had posted some breathtakingly beautiful pictures from his mehendi ceremony that had featured his fiancee, Nidhi Seth and their family and friends. In the pictures, we could see Karan twinning with Nidhi in yellow colour ensembles. The gorgeous bride had opted for a yellow-coloured chikankari kurta, while Karan had donned a yellow colour jacket over a kurta. Alongside it, he had written, "The begin of all beginnings. Mehndi with my @nidhivseth." (Also Read: Varun Dhawan Looks Excited To Become A 'Dulha' In The First Inside Picture From The Wedding Venue) 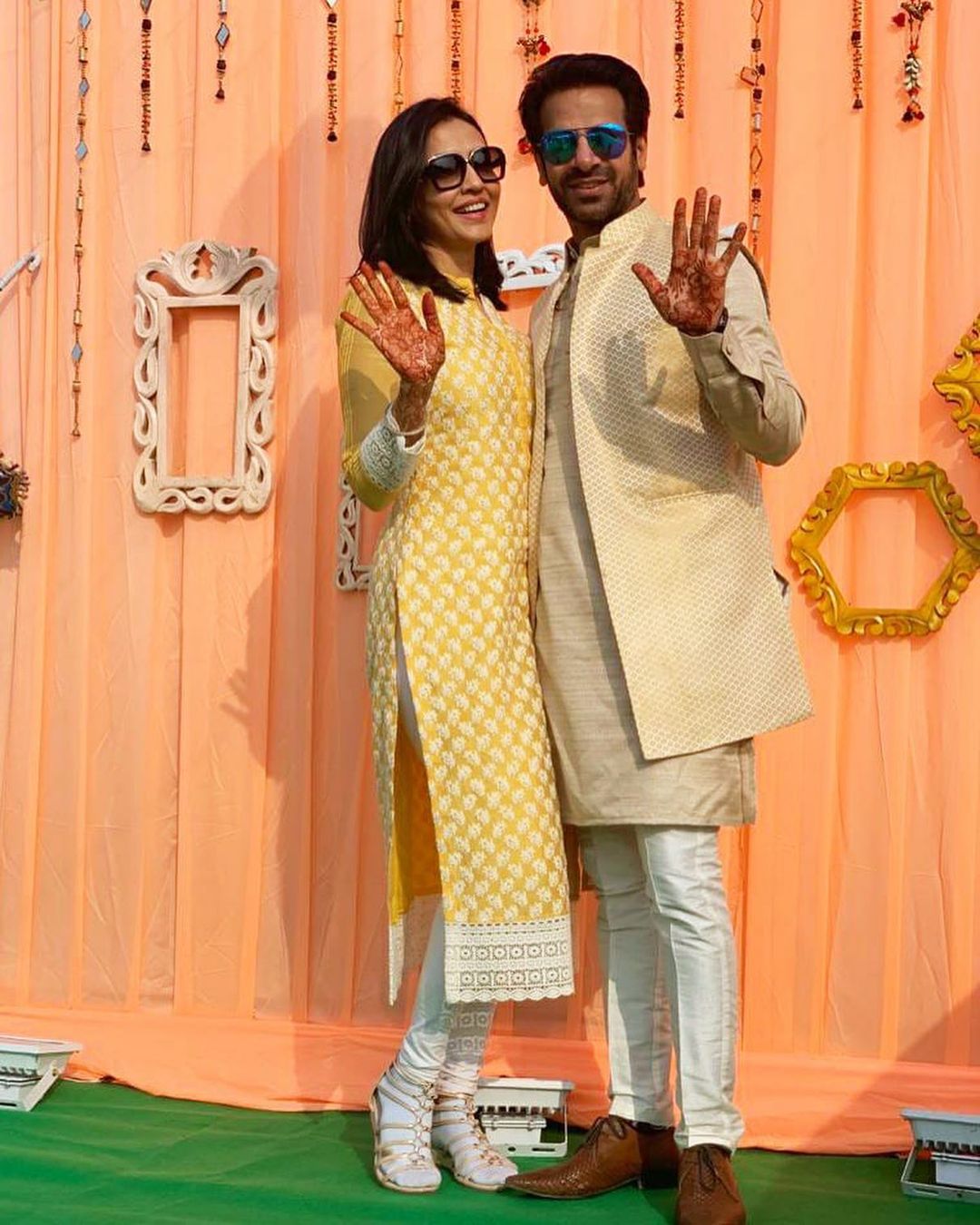 Did you like Karan and Nidhi's pictures? Let us know!