Bollywood’s favourite filmmaker, director, and producer, Karan Johar believes in the importance of family. That’s the reason why he became the reason behind one of the most revolutionary Hindi films. However, Karan is most proud of his tag as a dad. Yes, he is a doting father to two adorable kids, Yash Johar and Roohi Johar. And his world changed exactly two years back when he decided to have his own kids via surrogacy. (Recommend Read: Kunal Kapoor Shares A Beautiful Picture With Wife Naina Bachchan On Their Fourth Anniversary)

On February, 7, 2019, Karan’s kids turned two and to mark the celebration, he threw a grand bash. While the pictures from the bash are still trending on the social media, the filmmaker decided to treat his fans with another surprise as he shared an adorable family picture from the party. Karan took to Instagram and posted a picture of his son, Yash. But the cutest thing in the entire picture is Yash pouting and his dad smiling with joy. Karan captured the picture as, “When you smile and your son pouts! It’s really a feeling of fatherhood!” Check out the picture below: 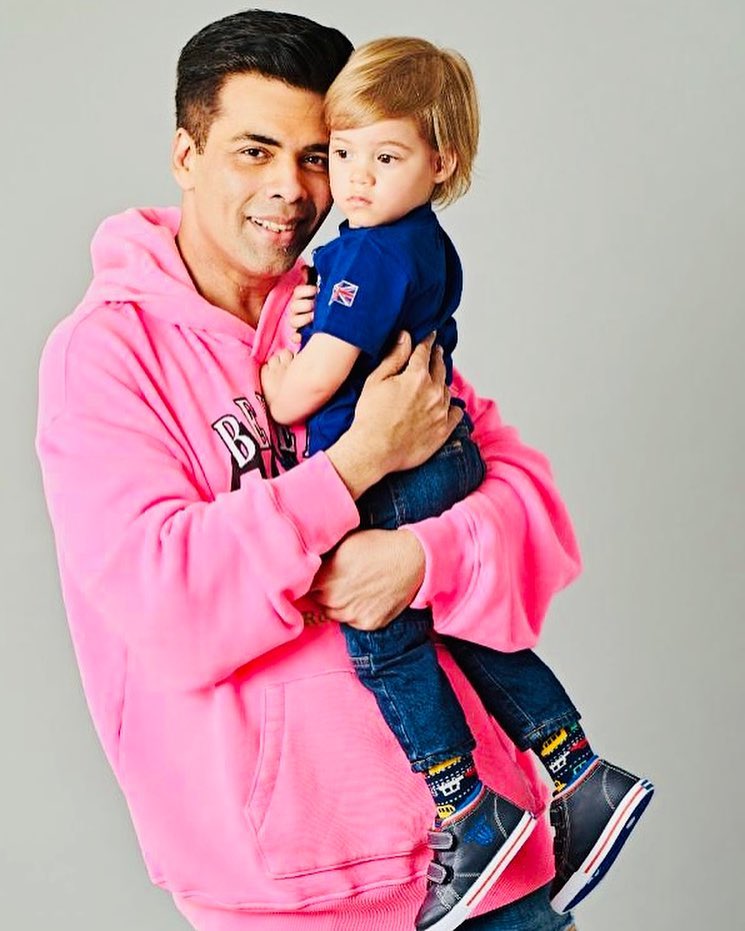 The family saga didn’t end here! Later, Karan shared two more picture as his Instagram story. While in one he is posing with his daughter, Roohi, the other one was a full-fledged family portrait. In the picture, Karan’s mom, Hiroo Johar was all smiles posing for the camera with her son and grandchildren. Take a look at the two gem pictures below: 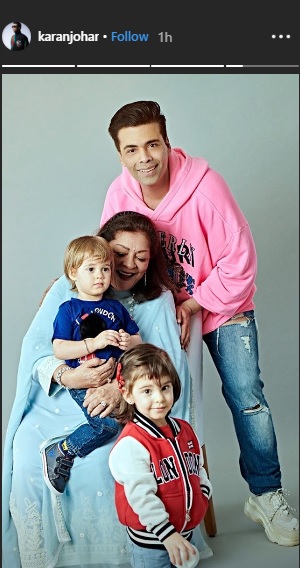 Karan is an extremely emotional person and he values relationships above all, be it family or friends. Earlier, before the birth of Yash and Roohi, the director had talked about the wish of being a parent and had said, “I don't know what I'm going to do about it but I feel like I would like to be a parent. I don't know how it's going to happen but I do feel the need because I have plenty of love to offer and I'd like to take it forward. This feeling needs a release and requires a platform. And that platform could be by being a parent.” (Also Read: AR Rahman Gives Befitting Reply To Trolls Slamming His Daughter, Says 'They Are Just Over Concerned') After the birth of Yash and Roohi, Karan didn’t shy away from talking about the journey of fatherhood. In an interview with the Hindustan Times, Karan opened about the same, and said, “My life has changed since Roohi and Yash arrived. At 44, this is my biggest blockbuster. I still haven’t realised the enormity of what’s happened. They’re only two months old. And all they do is eat, sleep, burp, wail and poop. Kabhi khushi, kabhie gham! While I stare at them in wonder. But I can’t get over the fact that they are mine.” (You May Also Like: Sidharth Malhotra Is Now Dating Tara Sutaria After Break-Up With Alia Bhatt? Details Inside) 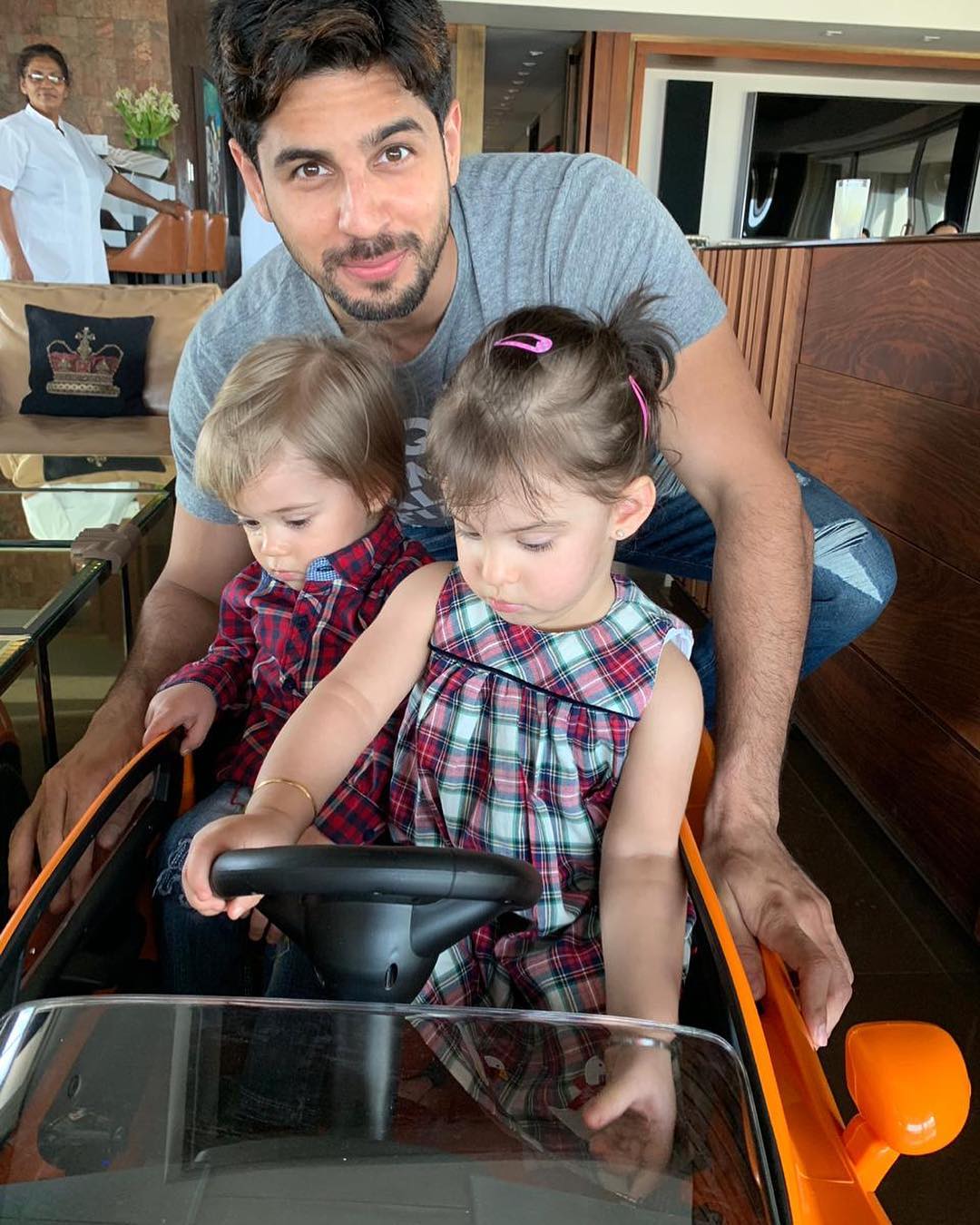 Karan further went on to say, “It’s like a powerful switch has suddenly come on in my life, filling the emptiness in my personal space with new energy. I get teary-eyed just looking at them. It’s surreal to think of them as my daughter and son. It’s daunting even, but in a gorgeous way, when I wake up suddenly at night to remember that I have life breathing in the next room that I’m totally accountable for. My universe was Dad, Mom, and films. But now there are Roohi and Yash. My two new friends.” Karan also talked about the time that has stayed intact in his memory, and stated, “The day they came home from the hospital is an experience that’s going to stay etched in my memory. Like the premiere of Kuch Kuch Hota Hai in 1998. It was my first film and I still remember every moment. What I wore. What I said. The day I carried Roohi and Yash home was like that. Life changing. Actually, it was a full-on K3G moment! Very dramatic.” (Don't Miss: Mohit Suri Shares The First Picture Of Newborn Baby Karrma Suri On Wife Udita Goswami's Birthday)

We love Karan and his adorable kids!

Karan Johar Shares Why He Embraced Fatherhood, Reveals It's Not Because He Doesn't Have Love In Life 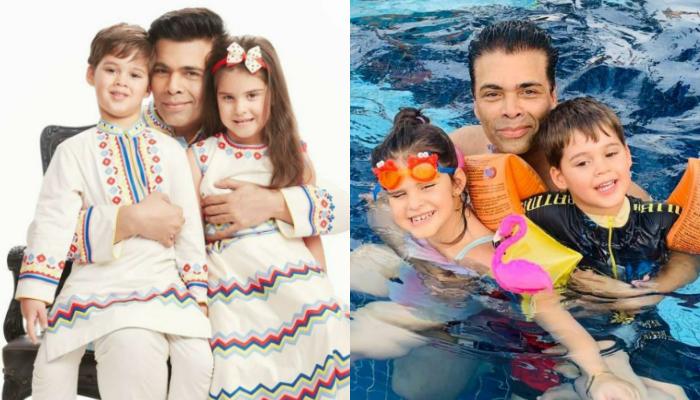 Bollywood's one of the most popular names, Karan Johar, is known by all. He has been in the showbiz industry for almost 27 years as a filmmaker and film producer and has given us many hit noteworthy films. Even though he has a successful career, it's his personal front that