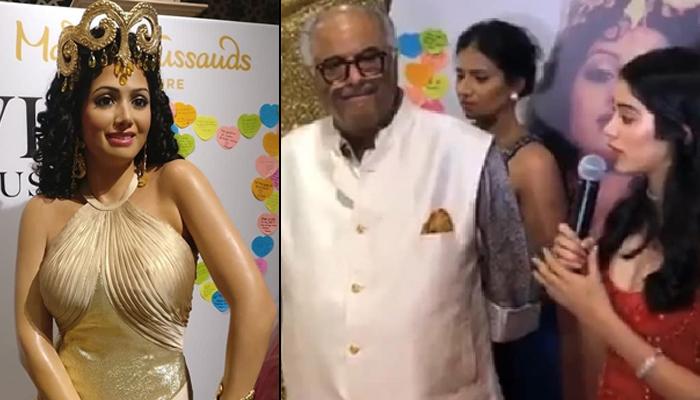 August 13, 1963, a star was born! A mere glimpse of her would make our heads turn and she wasn’t just a star par excellence, but also a loving wife, doting mother and an equally warm Kapoor khaandaan’s bahu. It was on February 24, 2018, when the nation woke up jolted with the news of Shree Amma Yanger Ayyapan a.k.a. Sridevi Kapoor’s demise. Sridevi’s husband, Boney Kapoor and daughters, Janhvi Kapoor and Khushi Kapoor have bravely tried to cope up with the irreplaceable loss in their lives with the help of the entire Kapoor clan. (Also Read: These Pics Of Sridevi With Boney, Janhvi And Khushi Prove That She Was The Backbone Of The Family)

On August 13, 2019, to mark the 56th birth anniversary of Sridevi, her husband, Boney Kapoor and daughter, Janhvi Kapoor had posted a heartfelt wish for her. Also, as a tradition, Janhvi had paid a visit to Tirupati Balaji Temple, Andhra Pradesh. Dressed in a traditional South Indian attire, a gold and green half lehenga-cum-saree, Janhvi had decided to start her late mother's birthday on an auspicious note by paying a visit to the temple. 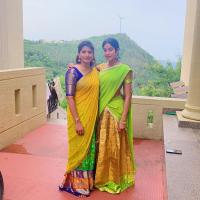 “Heroes get remembered, but legends never die.” - Babe Ruth. And Sridevi belongs to the latter as to commemorate her 56th birthday, Madame Tussauds Singapore had made a special announcement, which had taken our breaths away! Madame Tussauds Singapore had announced that an exclusive wax statue of Sridevi will be unveiled soon by her family. And finally, the day arrived on September 4, 2019, when Boney Kapoor, Janhvi Kapoor, Khushi Kapoor, Sanjay Kapoor and other closed ones of Sridevi were present at the launch of her wax figurine.

The unveiling ceremony of Sridevi’s wax statue was showcased LIVE on Madame Tussauds Singapore's official Instagram handle and her figurine has been modelled on her classic Hawa Hawai look from Mr India. Every minute detail is a breathtaking replica of her Hawa Hawai avatar, and Boney Kapoor, Janhvi Kapoor and Khushi Kapoor were seen gazing at the perfection of the statue. Needless to say, the trio seemed very emotional during the unveiling ceremony, trying to see a reflection of late Sridevi. Sanjay Kapoor shared a glimpse of the same, and wrote, “She lives in our hearts forever.” (Also Read: Sridevi's Unseen Pics With Boney, Janhvi, Khushi And Kapoor Family Prove She Was A Perfect Homemaker) Announcing the news and sharing the first glimpse of Sridevi’s wax statue-in-making on her 56th birthday, Madame Tussauds Singapore team had tweeted, “Happy birthday @sridevi.kapoor As a tribute to Bollywood icon, we are pleased to announce that we will be launching her wax figure in early September this year! Her figure is one of its kind in the world, and it’s an exclusive addition to Madame Tussauds Singapore! “I am touched that Madame Tussauds is honouring my wife, Sridevi Kapoor, and her work by having her figure immortalised. I, along with my family will be a part of the occasion when the figure is unveiled in Madame Tussauds Singapore at the Ultimate Film Star Experience. We hope this exhibit can be a place for everybody to continue paying their tributes to her.” says Sridevi’s husband Boney Kapoor Indian film producer. There will be a special memorial wall where you can leave your tribute messages, and many more! Do not forget to follow us on Facebook, Instagram and Twitter as we release more information in time to come! #MadameTussaudSG #MTSG #SrideviMTSG #Sridevi.”

On September 3, 2019, Boney Kapoor had also given Sridevi’s fans a glimpse of her almost-ready wax figurine and had written, “Sridevi lives forever in not just our hearts but also in the hearts of millions of her fans. Eagerly waiting to watch the unveiling of her figure at Madame Tussauds, Singapore on September 4, 2019. #SrideviLivesForever.” Since then, the hashtag, #SrideviLivesForever has been trending on the internet.

Sridevi lives forever in not just our hearts but also in the hearts of millions of her fans. Eagerly waiting to watch the unveiling of her figure at Madam Tussauds, Singapore on September 4, 2019. #SrideviLivesForever pic.twitter.com/AxxHUgYnzt — Boney Kapoor (@BoneyKapoor) September 3, 2019

The wax statue of Sridevi Kapoor is a tribute to the late actress for the prominent work that she had done in the field of entertainment in her career span of over five decades. Lizzie Parkinson, a costumier from Merlin Magic Making team in the UK, had stated, "It was a privilege to recreate such a legendary star in close collaboration with her family. What made this project particularly challenging and interesting was the recreation of her outfit. Her crown, cuffs, earrings and dress brooch were 3D-printed and went through numerous tests to achieve the level of detail needed. It was a joy to see everyone's work come together and we look forward to unveiling the figure soon." (Also Read: Janhvi Kapoor Is The Spitting Image Of Her Mom Sridevi Kapoor, These Pictures Are The Proof)

How did you like Sridevi’s wax statue? Keep us posted! 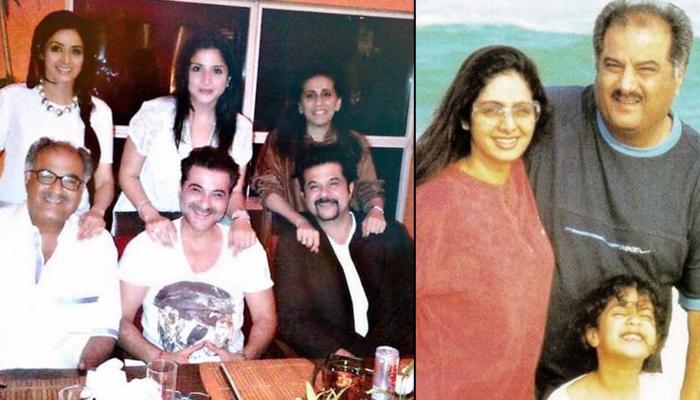 Be it the silver screen or the red carpet, call her Hawa Hawai or Chandni, this ‘khwabon ki shehzaadi’ will always be ‘har dil pe chhayi’ and continue to reign our hearts till eternity. A mere glimpse of her would make heads turn and she is still afresh in our minds.