Your birthday becomes super special when there is someone to share your day with! And Kapil Sharma's wife, Ginni Chatrath made her husband's birthday extra special by baking a cake!

It is said that behind every successful man there is a woman, who motivates him to excel in his field! She supports him when he is down and cheers for him when he gets what he wants. And this perfectly stands true for comedy king, Kapil Sharma, who got his superstardom back after tying the knot with Ginni Chatrath. We all are familiar with what happened in Kapil's life after his 'in the air' fight with Sunil Grover. The actor was emotionally hurt and he took a sabbatical because of his health issues. But Ginni became the pillar of support for him and got him back to being the king of comedy! (Recommend Read: Karan Johar Gets Reality Check On His Wardrobe From His Toddlers, Yash Laughs On His Clothing Choice)

On December 12, 2018, Ginni and Kapil had tied the knot in a grand ceremony in Chandigarh. The duo were friends since their college days, and they came close when they participated in Star One’s show, Hans Baliye. On December 10, 2019, Kapil Sharma and Ginni Chatrath were blessed with an angel, whom they have named, Anayra Sharma. On April 2, 2020, Kapil turned a year older and to make his day special his wife, Ginni baked a special cake for him. In an interview with The Times of India, Kapil revealed the same and shared how he is spending his birthday at home with his family. The actor said, "Iss baar first time hoga ki main ghar par birthday manaunga. Achhi feeling hai. Ginni (Chatrath, wife) bakes lip-smacking cakes and she baked one as a surprise for me. Mujhe khushboo baahar room tak aa rahi thi. I tried to sneak into the kitchen, but she didn’t let me." (Also Read: 'Raja Rani' Actress, Alya Manasa Reveals The Name Of Her Newborn Baby, Shares Adorable Picture) 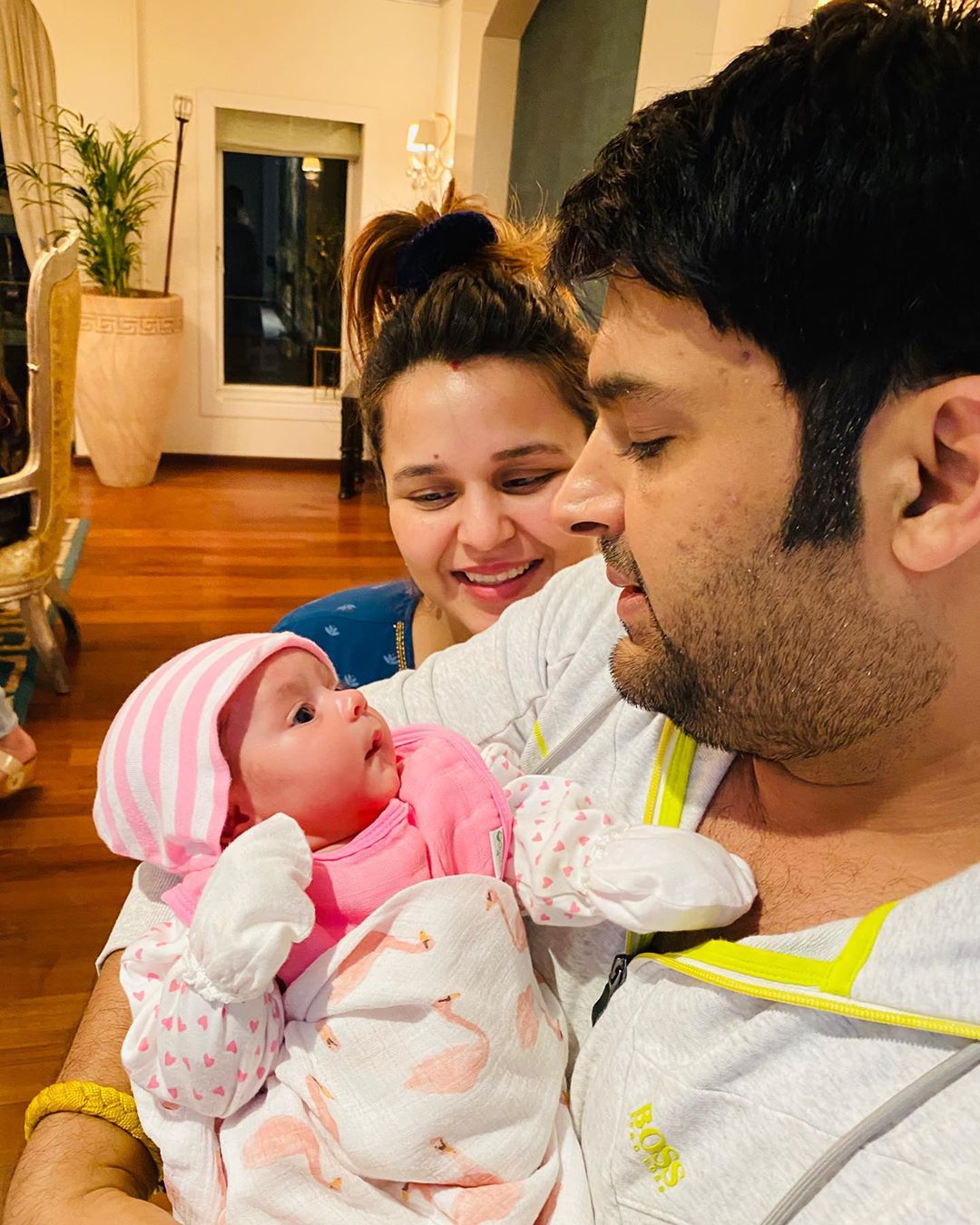 Kapil further revealed his birthday resolution and shared, "I always felt that I was very hard-working, given the fact that I started working at the age of 14. However, I have realised that I can be quite lazy at times. I told Ginni to consider the lockdown a blessing in disguise, as it will allow us to work out religiously. But it’s been 14 days and I haven’t worked out at all. Saara din baby ke saath khelta rehta hoon aur khaata rehta hoon. However, I have decided to get back to my routine and my birthday resolution is to work out seriously and regularly."

On April 1, 2020, Kapil had taken to his Instagram handle and had shared beautiful pictures of his daughter, Anayra's first Ashtami puja. In the picture, we could see the gorgeous baby donning a yellow and pink lehenga choli. Along with it, Kapil had written, "Jai mata di #ashtami #kanjakpoojan #daddysgirl #daughter #3monthsold #gratitude." 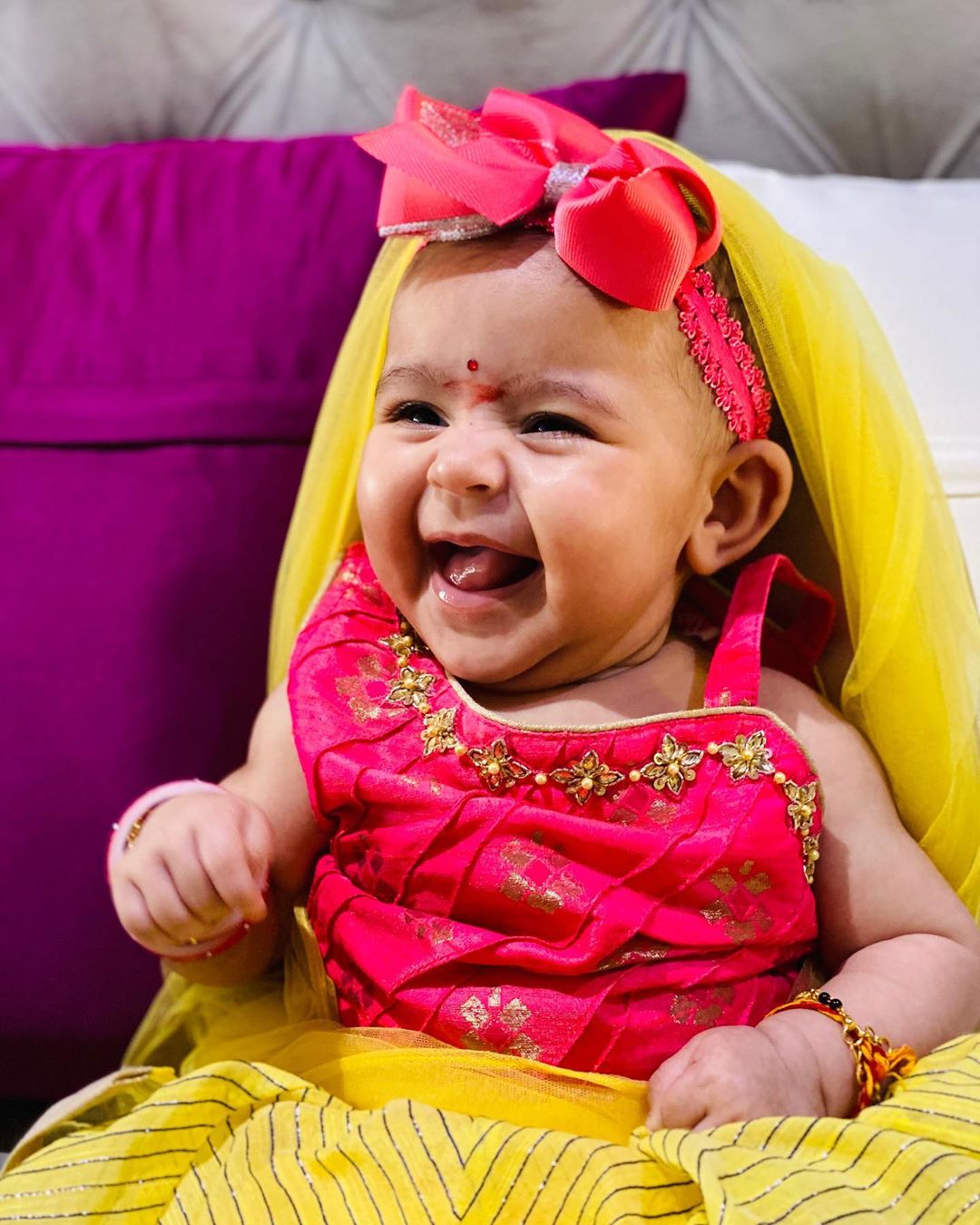 In an interview with Pinkvilla, Kapil had revealed the meaning of his daughter's name. The actor had shared, "Anayra's meaning is happiness. She is my baby, so that's what it means. Ginni [Chatrath] and I had told our friend's circle about names and I liked Anayra the most." The actor had also talked about his fatherhood experience and he had stated that Anayra made him much calmer and that he too, becomes a child when he plays with her. (Don't Miss: Janhvi Kapoor Cuddling Khushi Kapoor Sends Out Sibling Goals And Proves 'Sisters Before Misters')