Kalki Koechlin celebrates six months of breastfeeding her little baby girl, Sappho as she posts a picture with her on her IG handle. Check out the picture inside!

For every mother-to-be, breastfeeding is one dreaded idea, however, after giving birth to a child, this is one most fulfilling experience. It is like your baby is accepting you and understands that you have known each other for nine months. Every mother cherishes this experience, and Kalki Koechlin is no different as she celebrates six months of breastfeeding her little baby girl. (Also Read: Kriti Sanon Shares A Cryptic Post About Truth And Patience Amidst Sushant Singh Rajput's CBI Probe)

Kalki, who was against the idea of motherhood, later on with time had realised the importance of family and evolved as a person. It was on February 7, 2020, when Kalki Koechlin had embraced the journey of parenthood with her beau, Guy Hershberg. The couple had gotten blessed with a little angel, whom they had named, Sappho. And now, for her, nothing in the world can beat the love she has for her little angel.

It’s been six months that Kalki is breastfeeding her little girl, Sappho and as it is breastfeeding week, Kalki took a moment to celebrate this phase of her life. Taking to her IG handle, she shared a picture with her baby, Sappho. While Kalki flaunted her heartful smile, baby Sappho looked at the camera shocked. Along with this, Kalki wished every mother, who has been through the phase of breastfeeding. She wrote, “6 months of exclusive breastfeeding today! Phew *brow wipe* Happy breastfeeding week to all those who've trudged through this rough and beautiful road. #breastfeedingweek #breastfeedingmom #bondingtime #24sevenmilkbar #hanginthere.” 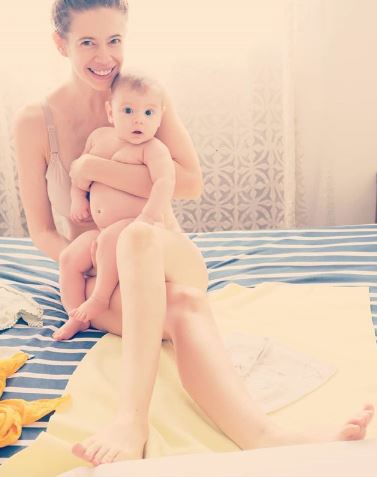 On February 9, 2020, after giving birth to her little life, Kalki had taken to her Instagram handle and had shared the footprints of her newborn daughter. Along with it, she had written a beautiful caption that could be read as "Please welcome Sappho. Born in 07/02/20. She just spent 9 months wrapped up like a momo in my uterus. Let's give her some space. Thank you for all the good wishes and positive energy pouring in. And respect to all the women who go through the intense and gruesome experience of birth, be it vaginal or c section, so many of whom are not given credit or support for the biggest challenges they face, but are expected to do it out of some kind of duty. The process takes a huge toll both psychological and physical and should have the backing of an entire community to truly heal.” (Recommended Read: Babil Khan Reveals 'Baba', Irrfan Khan Gifted Him Scripts Of Two Oscar-Winning Movies Before Release)

Kalki often shares glimpses of her 'mama life' on her Instagram feed. On June 29, 2020, Kalki had taken to her Instagram handle and had posted a picture of her 'favourite munchkin'. In the picture, we could see Sappho sitting on her mommy's lap and looking adorably at the food on the table while Kalki had looked gorgeous as she had posed for the camera. Alongside it, Kalki had written, "Favorite munchkin #Sappho #motherhood #lovethisjob." 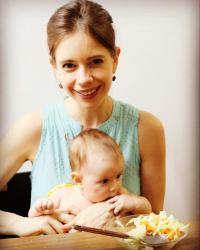 In an interview with Miss Malini, Kalki had revealed the first thing she did when she got to know about her pregnancy. She had said, “I went and immediately bought another pregnancy test, just to make sure. But it was a very happy reaction. I think the last few years have been a situation where, I know I have wanted children, but either the times wasn’t right or I wasn’t with the right person. Or whatever, there was something! So all those things seemed to have come in place this time. Even though it wasn’t planned as we were thinking maybe in a year or two. But I think that’s the best thing about it. Now we are just diving right into it without too much pre-planning." (Don't Miss: Rana Daggubati Is 'Ready' To Tie The Knot With Miheeka Bajaj, Looks Dapper In An Off-White Attire) 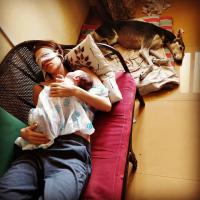 We love Kalki and her little baby, Sappho! What about you?