Juhi Chawla and Jay Mehta became each other's forever in 1995 and more than two decades of marital bliss, the former revealed why she had kept her marriage under the wraps back then.

Do you like a girl and are trying hard to impress her? Men being men, they try to woo their crush with the materialistic approach, be it driving the fanciest car, taking her to the poshest restaurant for a date or the expensive clothes or watch they don for her to notice. But the little old school gestures you miss out on are the ones that would actually help you charm your ladylove. Hold the door, out of chivalry, for her, give her your quality time, take her to a place which holds a special place in your life so that she can get to know ‘you’ and treat everyone with respect. That is how, my friend, you can impress your ladylove. The beautiful smile she’ll delight you with in the end is worth everything. And as they say in Bollywood, ‘hasi to phasi’! (Also Read: Anushka Shetty Calls Prabhas Her '3 AM Friend', Reveals The Reason Why They Have Been Linked So Much)

Do you know how Juhi Chawla’s now-husband, Jay Mehta, had impressed her back then? It wasn’t a Pehla Nasha for Juhi and Jay as the former had Darr of losing her career. With Kabhi Haan, Kabhi Naa, and Jay’s Andaz, Ishq finally won and Jay and Juhi became Hum Hai Raahi Pyaar Ke. After an intimate secret wedding in 1995, Jay and Juhi became One 2 Ka 4, when they had embraced parenthood with the arrival of Jahnavi Mehta (2001) and Arjun Mehta (2003). More than two decades of Jay and Juhi’s Salaam-e-Ishq: A Tribute To Love, the latter reveals some unknown details about their love story. In an interview with Rajeev Masand, Juhi Chawla revealed why she had kept her wedding with Jay Mehta under wraps initially. Juhi shared, “At that time, you did not have the internet and you did not have cameras on every phone, so you could do it that way. I was just about established and doing well. That’s the time Jay was serenading me and I was afraid of losing my career just when I had kind of got there. I wanted to carry on and this seemed the midway.”

It was when Juhi Chawla was shooting for Duplicate in 1998, she had gotten the ‘horrific’ news that her mother, Mona Chawla had passed away in an accident. Jay Mehta had become her anchor and helped her recover from the tragedy. Jay had his own share of tragedy when he had lost his first wife, Sujata Birla in a plane crash in 1990. Elaborating on the phase, Juhi remarked, “That was a very difficult time for me, because I felt I was going to lose everything I loved.” (Also Read: Ankita Lokhande 'Holds On To Her Heartbeat', Vicky Jain And Can't Take Her Eyes Off Her Boyfriend) How her love story with Jay Mehta had begun and about their first meeting, which was way before she entered Bollywood, Juhi Chawla stated, “That was briefly and with friends.” Then Juhi lost touch with Jay Mehta once she started working in films and years later, they reconnected at a dinner party hosted by a friend. Revealing how Jay kept trying to woo her, Juhi blushed, “From then on, everywhere I went, he turned up. Everywhere I looked, he was there with flowers and notes and gifts. Every day! On my birthday, I remember he sent me a truckload of red roses. I was like, ‘What do you do with a truckload of flowers?’ He really did all he could. After a year, he proposed.” 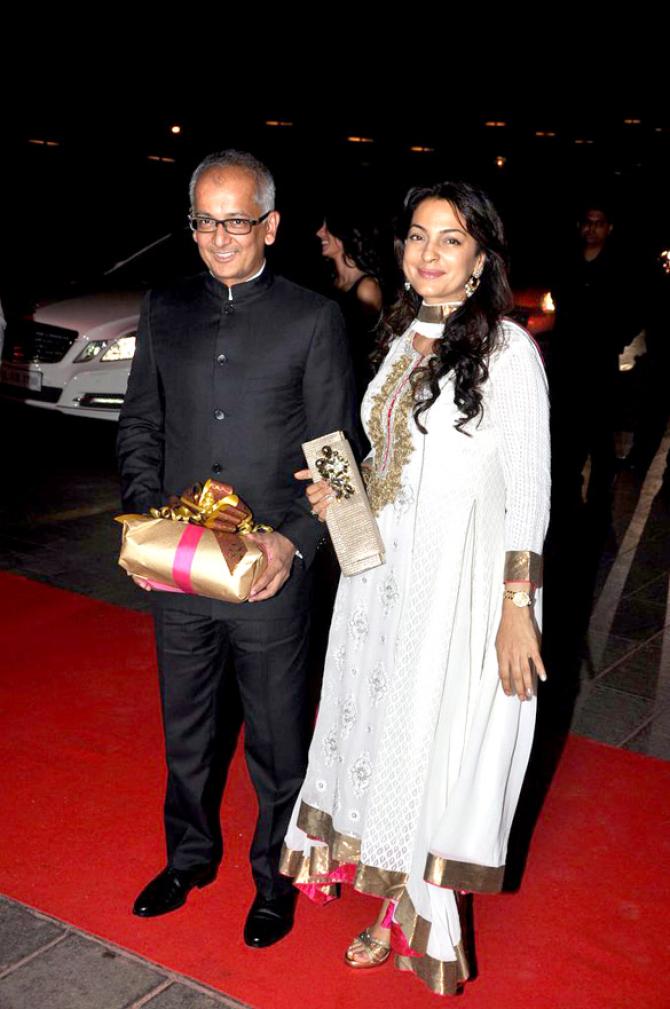 Do you know who had stolen the limelight at the Indian Premier League players' auction in Bengaluru on January 28, 2018? No, it wasn’t Juhi Chawla, but her daughter, Jahnavi Mehta! Jahnavi had become the talk of the town and Preity Zinta, co-owner of Kings XI Punjab, was impressed with the junior Mehta as she had given her a ‘run for her money’. Sharing a picture with Jahnavi, Preity had tweeted, “Forget the madness of the #VivoIPLAuction - it’s awesome to meet the super smart Jahnavi Mehta who gave me a run for our money #smartgirlsrock.” 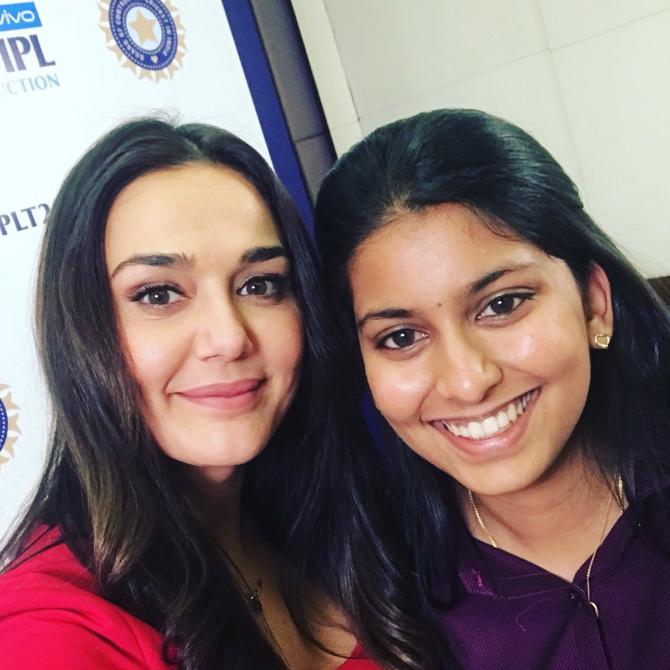 Impressive, no? But you might not get to see Jahnavi Mehta on silver screens, like her mother, Juhi Chawla. In an interview with the IANS, Juhi had hinted at her daughter’s interest in writing and was quoted as saying,"Jahnavi is an avid reader. If there is anything she likes in this world, and if you ask her what she wants as a gift, it will be a book. She said she wanted to be a writer. Then she went through a phase where she said 'Okay I want to be a model'. Tomorrow she might say 'I want to be an actress'. Then she might say she wants to drop all this and do sports. I don't know, but I have learnt one thing that you have to let your children do what they want." (Also Read: Angad Bedi's Pictures With His 'Five GFs' Shut Trolls Targeting Wife, Neha Dhupia For Fake Feminism) 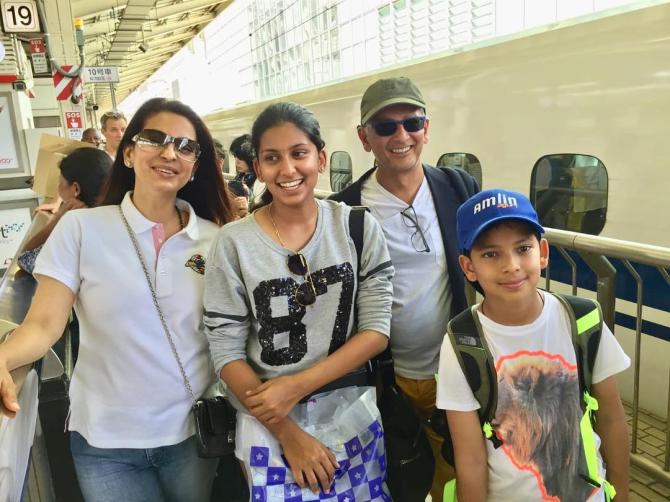 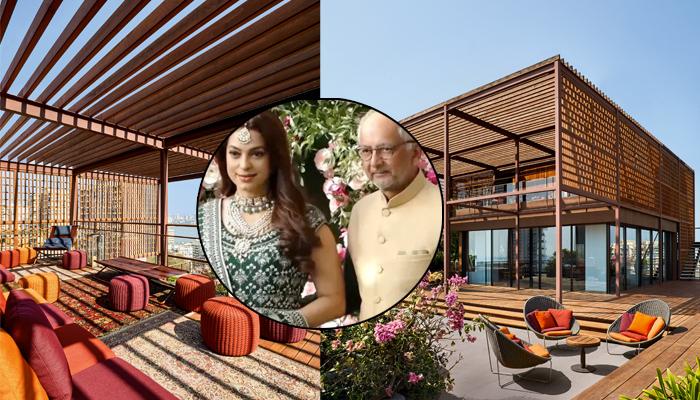 From a very young age, we all dream of living in a luxurious home. We want to grow old in the home we have created with a lot of love. It’s the place where we seek refuge from the rest of the world. After all, it’s the place where our family spends time