The six-time Chief Minister of Tamil Nadu, Jayalalithaa's life was full of controversies. However, her recently released biopic, 'Thalaivi', overlooked many hidden chapters of her life. Take a look!

Born on February 24, 1948, as Jayaram Jayalalithaa in a Tamil Brahmin family to her parents, Jayaram and Vedavalli, in Mysore state's (now Karnataka) Mandya district. The name 'Jayalalithaa' was derived from the two houses where she had lived. The first house was 'Jaya vilas' and the second one was 'Lalitha vilas'. Hence, that's how the six-time Tamil Nadu Chief Minister got her name. When on December 5, 2016, news channels flashed the headlines about Jayalalithaa's demise due to cardiac arrest, many were left shattered. However, everyone was aware of the well-known fact that her biopic was going to be on the hit-list of every Indian filmmaker.

After just two years, in August 2018, Vishu Vardhan Induri had announced a biopic on Jayalalitha's life, directed by A. L. Vijay and the role of Amma was offered to Kangana Ranaut. On September 10, 2021, Thalaivi was released, leaving many parts of Jayalalithaa's spicy love life untouched. From her alleged marriage with Sobhan Babu to her rumoured affair with M. G. Ramachandran, Thalaivi is a desperate attempt to give Puratchi Thalaivi sainthood. Hence, we bring you Jayalalithaa's unfiltered love story! 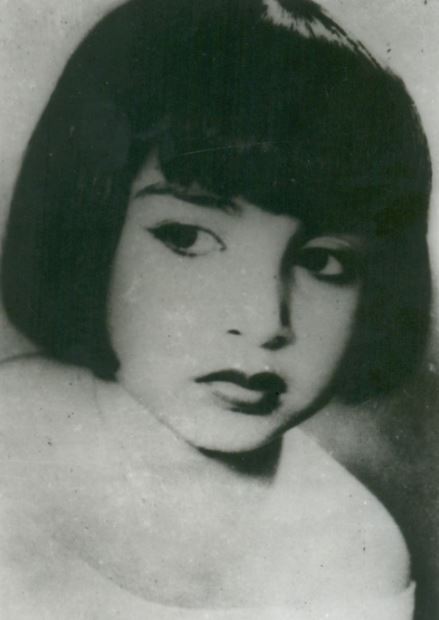 Jayalalithaa's father, Jayaram, was a lawyer, but he had never taken his work quite seriously, and on top of that, he had squandered most of the family's hard-earned wealth in purposeless things. However, Jayalalithaa's father had passed away when she was just two years old, and after which, her mother, Vedavalli, had learned shorthand, typewriting, worked in films with the screen name, 'Sandhya'. Out of all the useful things that Vedavalli had provided to her daughter, the thing that had played the biggest role in her daughter’s life was one of the lessons that no matter how hard the situation is, giving up isn't an option. So time and again, we have seen Jayalalithaa rising to the top, despite people writing her off, whether it's about her stint in politics or the emotional turmoil she had experienced in her personal life. Jayalalithaa had made her acting debut back in 1965 with the film, Vennira Aadai which had turned out to be a blockbuster, after which she had become a well-known face in the South Indian cinema. Some of her most iconic performances are in the films, Chandhrodhayam, Yaar Nee?, Izzat, Adimaippenn, Sri Krishna Satya, Raman Thediya Seethai, Suryagandhi, Thirumangalyam, Unnai Suttrum Ulagam, and many more. Jayalalithaa had gone on to appear in 140 films from 1961 to 1980 as a child and lead actor in multiple languages. 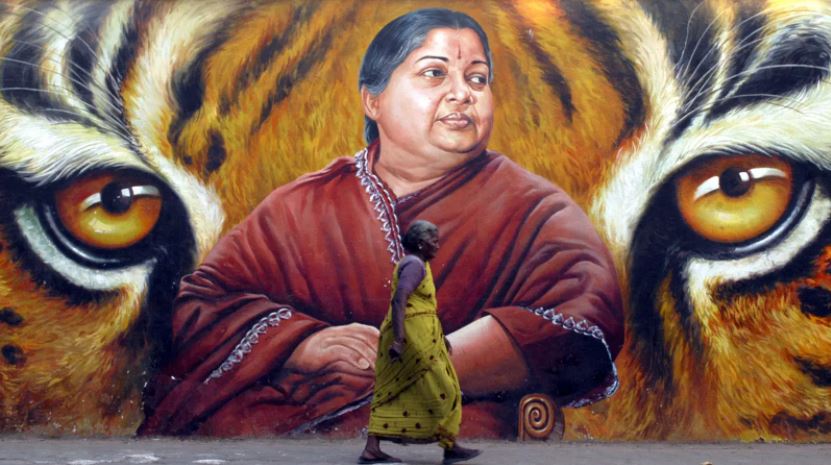 After she had become a popular face across the nation, Jayalalithaa had joined the political party, AIADMK (All India Anna Dravida Munnetra Kazhagam). After which, in 1991, she had become Tamil Nadu's youngest Chief Minister, and the rest is history. Jayalalithaa was renowned for her intense and fearless approach, even in the most complex of situations. However, there's no denying that her political career had some controversial chapters like the disproportionate-assets case, 1996 colour TV sets, 1995 Foster son and luxury wedding corruption, 1998 TANSI land deal case, and the list goes on.

Don't Miss: Vinod Mehra Took His Alleged Wife, Rekha To His Home And His Mom Almost Beat Her Up With A Sandal

The love story of Jayalalithaa and Shobhan Babu 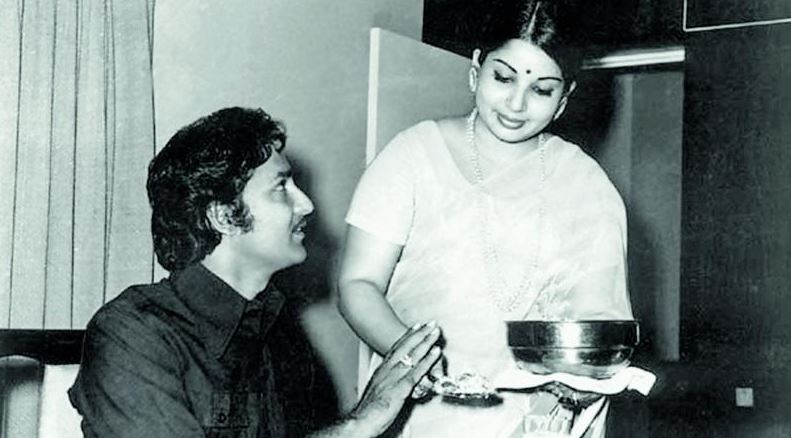 Jayalalithaa had met the charismatic actor, Shobhan Babu, for the first time in her life in a filmy party in Chennai and had fallen in love with him. At that time, Shobhan used to live in Chennai along with his wife and children. Despite knowing that Shobhan is a married man, she couldn't stop herself from trying every trick out there to persuade him to fall in love with her. However, with time, Shobhan and Jayalalithaa had become good friends and were spotted by the media at several parties and functions together. 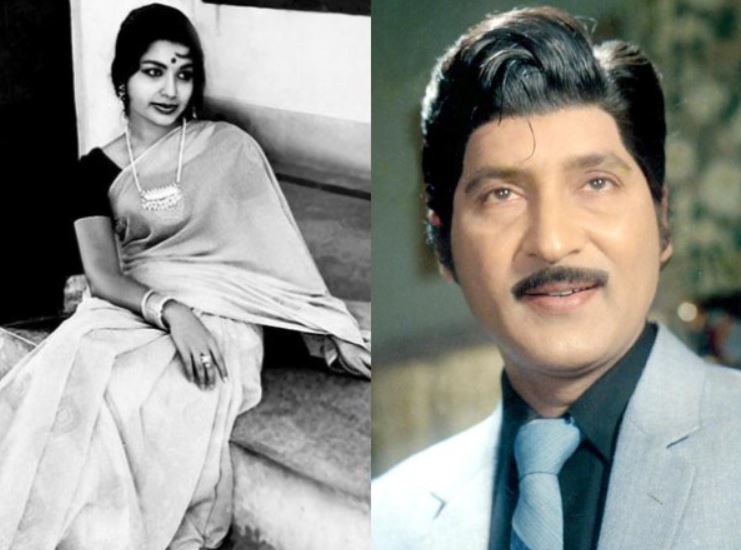 The brewing romance between Jayalalithaa and Shobhan Babu had created a stir in the entertainment industry at that time. Without caring about the world, the two renowned faces of the silver screen were fueling the reports of their possible relationship with their every public appearance in no time. It is also said that a media person once spotted Jayalalithaa while she was trying to get a glimpse of Shobhan Babu through a binocular. 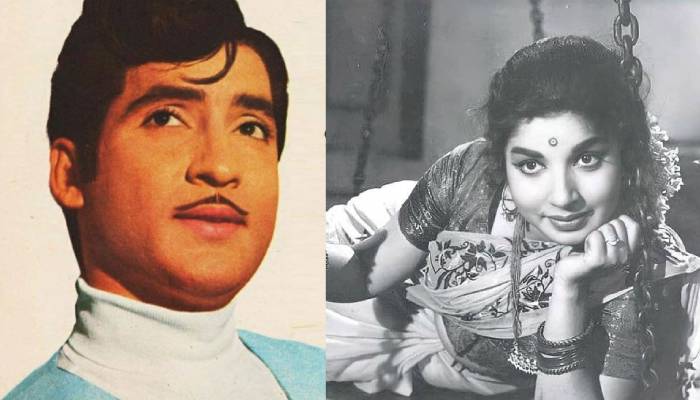 Everything was going smooth between the two lovers, and that's when Jayalalithaa had proposed Sobhan Babu for marriage, but the latter had denied it and had clearly stated that he would never leave his wife and kids for her. The denial had broken her heart, after which Jayalalithaa had developed a sour feeling for marriage.

You May Like This: When Shashi Kapoor Mourned His Wife, Jennifer Kendal's Loss In The Middle Of Sea On A Boat All Alone 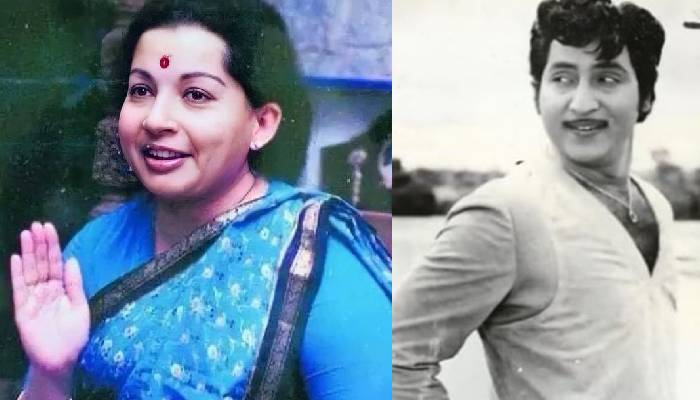 However, in an interview with a media portal, Jayalalithaa's childhood friend, Chandani, had stated that Jayalalithaa had shown her pictures from her marriage with Sobhan Babu. Although, neither Jayalalithaa nor Sobhan had confirmed these reports. There's no denying the fact that Jayalalithaa and Sobhan's love story had ended quite abruptly, but there was something special about this pair that was prewritten in the heavens. An instance of the same is that Sobhan's film, Doctor Babu, was the first film in which he had starred opposite Jayalalithaa and later on, it turned out to be the last movie of Jayalalitha's acting career.

The love story of MGR and Jayalalithaa Jayalalithaa and MGR's (Maruthur Gopala Ramachandran) on-screen chemistry is still regarded as one of the finest on-screen pairs in the history of Indian cinema, as the legendary pair had given 28 hits during their time. After doing so many films together, Jayalalithaa and MGR had developed a concrete bond with each other. But it was the actress who had already lost her heart to MGR. 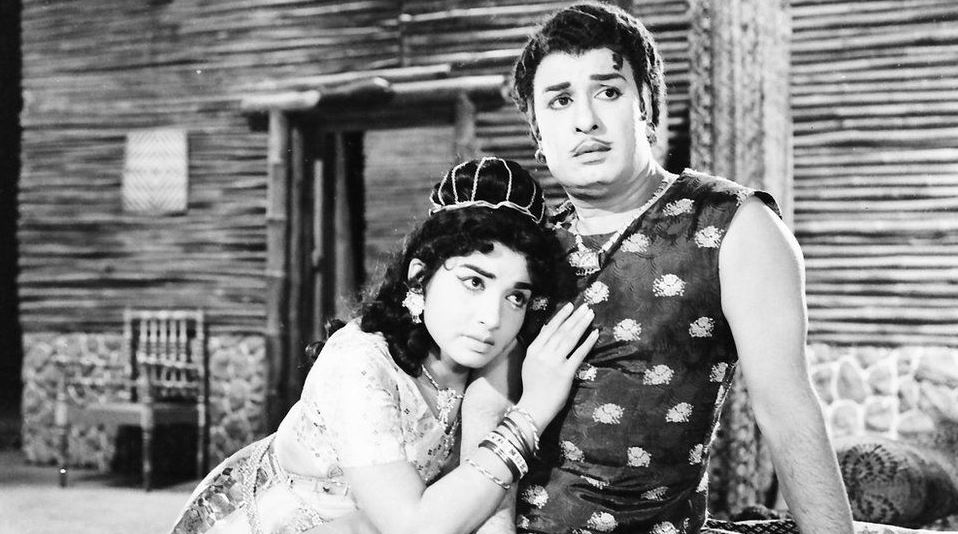 After some time, Jayalalithaa had gathered courage and proposed MGR for marriage, but the latter had denied the proposal because he was already married to his second wife. Yes! Once again, sadly, Jayalalithaa had lost her heart to a married man. After bidding farewell to his illustrious acting career, when MGR had become the Chief Minister of Tamil Nadu, he had urged Jayalalithaa to follow in his footsteps and had convinced her to join his political party, AIADMK (All India Anna Dravida Munnetra Kazhagam). The actress had agreed and left the film industry to become a part of MGR's political party. Thus, everything was going smooth for MGR and Jayalalithaa until the other party members had started questioning her sudden rise from the bottom ranks of the party to the top tier.

Don't Miss: When Shah Rukh Khan Wanted His Son, Aryan Khan To Become A 'Spoilt Brat' And Run After Girls

The rift between Jayalalithaa and MGR 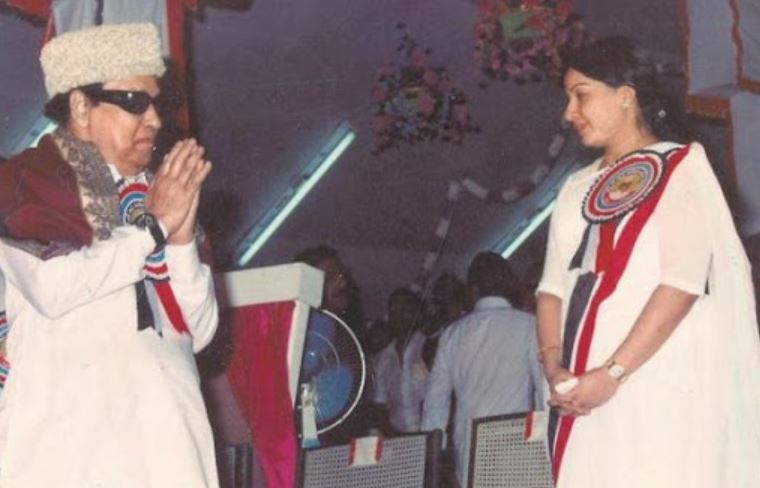 From rivals to members of their own party, everyone was sceptical about Jayalalithaa and MGR's alleged affair, and eventually, it was the leader, who had taken the hard decision of drifting away from the political queen of that era. Amid all the political tension between them, the two had lost complete contact with each other and even during their public appearances, both Jayalalithaa and MGR used to avoid making eye contact with each other. Indeed, it was a painful time for the million fans, who were hoping to see them becoming a pair in real life. 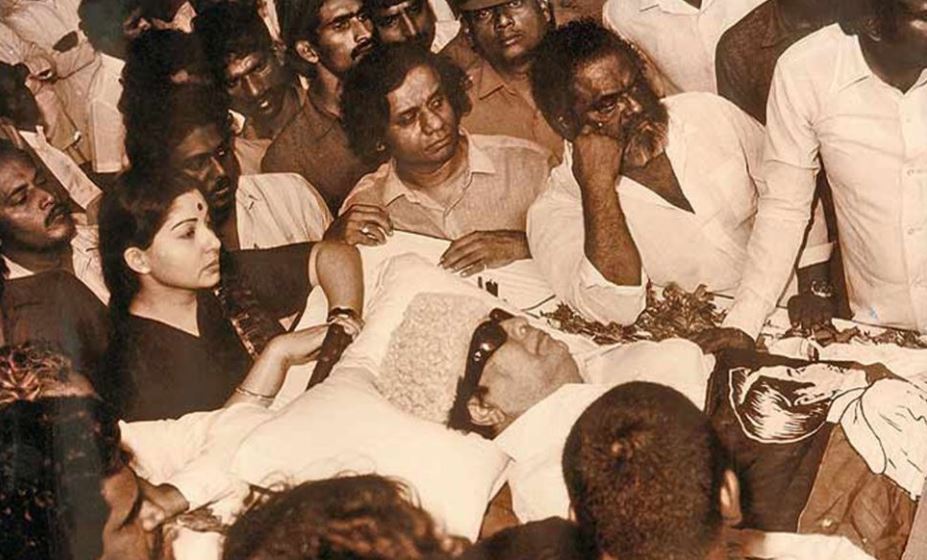 According to Manorama, when MGR was admitted to the hospital, the actor's family members had refused to allow Jayalalithaa to come inside the hospital premises, despite her letter to the Prime Minister seeking permission to see MGR. Sadly, on December 24, 1987, MGR had passed away due to prolonged illness. This time, no one had stopped Jayalalithaa from attending his funeral, as everyone was aware of the fact that Jayalalithaa had lost the most important person of her life on that day. 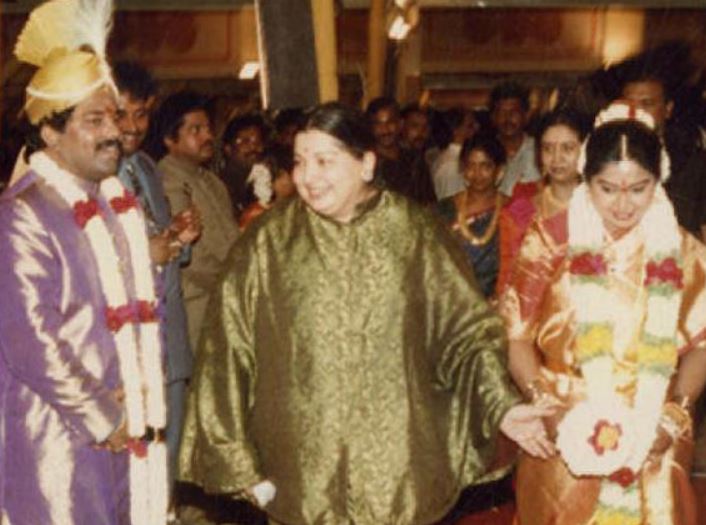 According to reports, Jayalalithaa was once on the verge of getting married to a family friend's son, Arun Kumar. However, it couldn't be materialised because of some undisclosed problems, and Jayalalithaa's will to get married had remained unfulfilled. At this point, Jayalalithaa was sure that love and marriage weren't meant to be in her life. Hence, she had adopted her nephew, Sudhakaran, to experience the joy of motherhood. 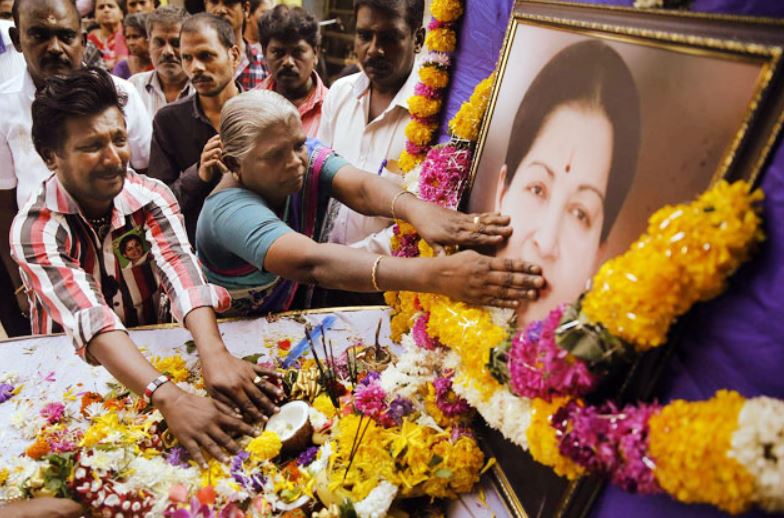 In 2016, Jayalalithaa had fallen severely ill and was hospitalised for almost 75 days. But sadly, despite doctors' best efforts, the actress-turned-politician had passed away due to cardiac arrest, leaving behind a life that is full of inspiration, urge for love, multiple falls, controversies, and a giant rise in the end. 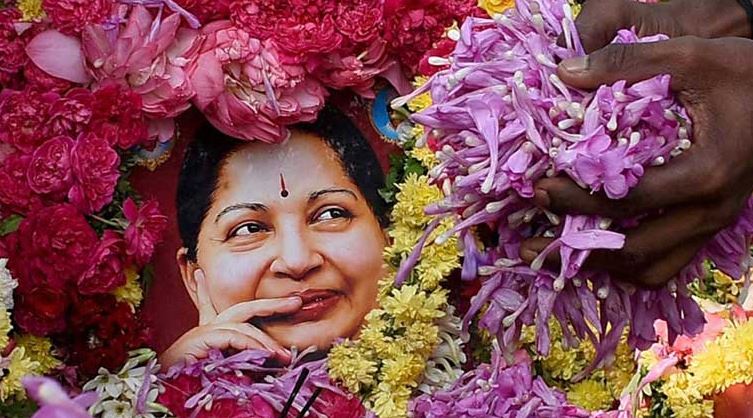 The biographical drama based on Jayalalithaa's life titled, Thalaivi was released in theatres on September 10, 2021.