One of the most controversial films of its time, 'Silsila' had grabbed a lot of attention. But for Yash Chopra, bringing Amitabh Bachchan, Jaya Bachchan and Rekha together was the most difficult task.

The power of love is such that it can make any relationship work. It doesn’t matter how many ups and downs a couple faces in their life, love can surpass anything, it can sail through the harshest sea without sinking. Such is the relationship of Bollywood’s megastar, the angry young man, Amitabh Bachchan, and his significant other, Jaya Bachchan. Often tagged as the power couple of Bollywood, Amitabh Bachchan and Jaya Bachchan had set the parameters of their marriage quite high even through the testing times of their life. Amitabh Bachchan and Jaya Bachchan had a chat mangni pat vyaah and the reason is quite interesting. Amitabh and Jaya had wanted to go to London to celebrate the success of their film, Zanjeer along with other friends. But Big B’s father, Harivansh Rai Bachchan had told him that he could go with Jaya only when the two were married. And on June 3, 1973, the Sholay couple had embarked on the journey of their ‘happily ever after’.

Recommended Read: Rekha After Being 'The Other Woman', Married Mukesh Agarwal For Status Of A Wife, Ended Up In Tears

The Testing Time: His Link Up With Rekha 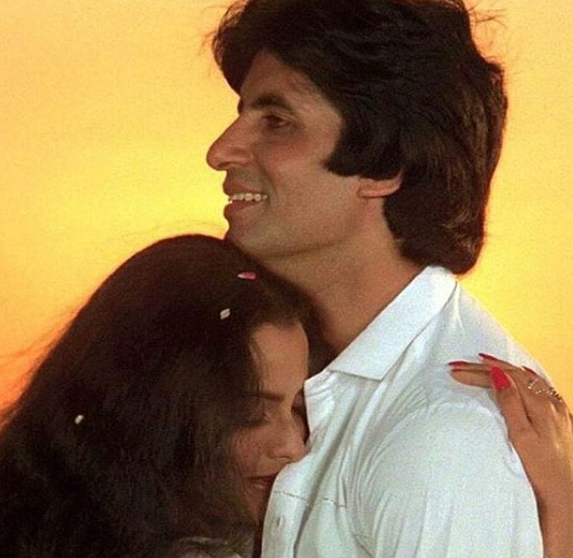 From Zeenat Aman, Parveen Babi, Smita Patil to many others, Amitabh Bachchan’s name was linked with many of his co-actresses but that one name, which is still associated with him, is Rekha. After three years of his wedding, rumours about his affair with his co-star, Rekha had started making rounds impacting Amitabh Bachchan’s relationship with Jaya Bachchan. 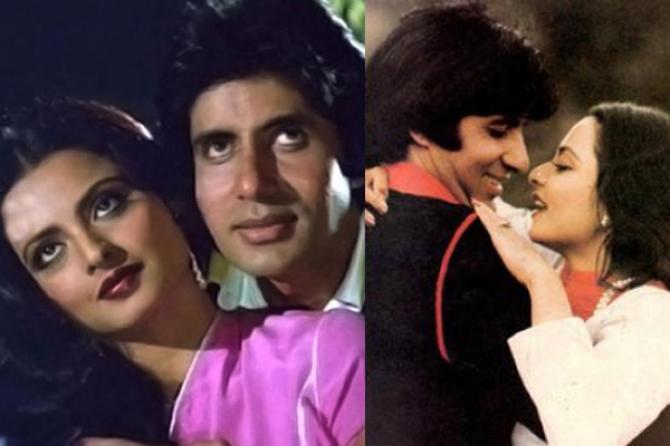 The speculations about their affair had started on the sets of the film, Do Anjaane and is still one of the most brewing topics in Bollywood. It was during the time of their link-up rumours, when the celebrated director, Yash Chopra had come up with the idea of making the film, Silsila, the one film which was literally the on-screen portrayal of the off-screen love triangle. Here are some excerpts from the book, Rekha: The Untold Story written by author and award-winning journalist, Yaseer Usman on how Yash Chopra convinced, Jaya Bachchan to star in Silsila opposite her husband, Amitabh Bachchan's alleged lover, Rekha.

Silsila Was Born But The Casting Remained A Mystery 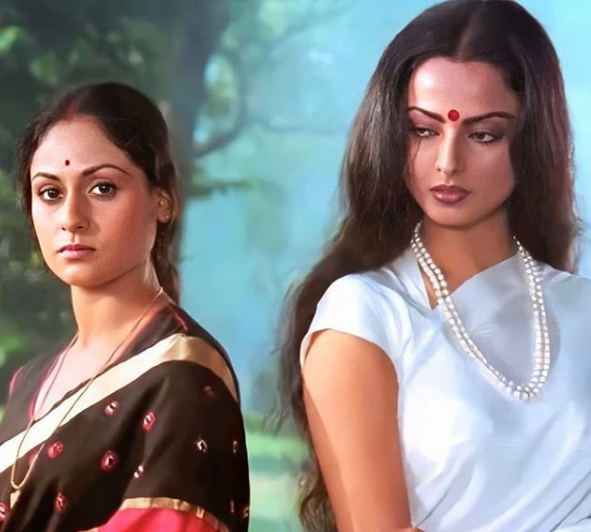 Silsila took birth during the time when none of Amitabh Bachchan’s films were doing good. While some of his films were doing miserably at the box office, the media had written stories of the actor’s falling career. Riding in the same boat with Amitabh Bachchan was the celebrated director-cum-producer, Yash Chopra, whose multi-starrer, Kaala Patthar (1979) had doomed at the box-office. Yash Chopra was shattered by the rejection and had thought that his next has to be an extra-ordinary and the idea of making Silsila was born. 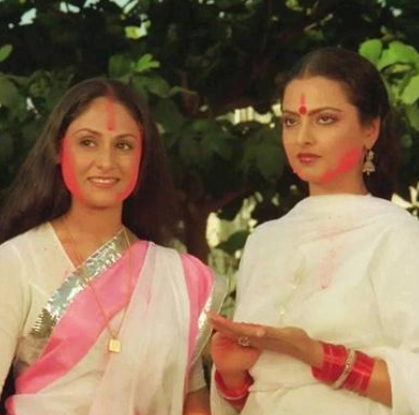 When Yash Chopra had shared his idea with Amitabh Bachchan, he had immediately agreed to do the film, but Yash had wanted Rekha to play the role of his girlfriend in the love triangle. Despite his promise to Jaya Bachchan that he would never work with Rekha, Amitabh agreed to work in the film. The news of Silsila and its cast had hit the headlines shocking everyone and it had once again churned the rumours of Amitabh Bachchan and Rekha's association. 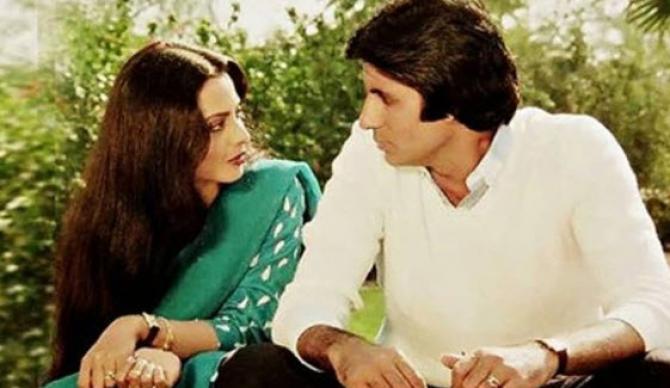 And on the other hand, Jaya Bachchan, who had left her flourishing career, had gotten herself busy looking after her household and two kids. But before leaving her career, Jaya had given an ultimatum to Amitabh that if ever, he does a single film with Rekha, she would make her comeback. And as Amitabh’s name had started hitting with Rekha over Silsila, Jaya had started the groundwork of her return to Bollywood.

Also Read: When Rekha Opened Up About Amitabh Bachchan's Denial On Their Much-Talked Affair [Throwback]

Rekha Left The Project And The Mystery Of Casting Continued 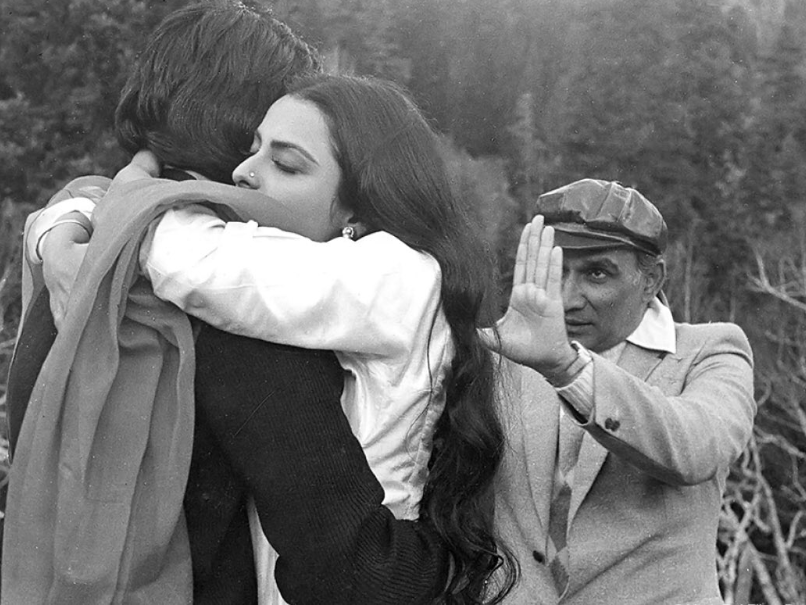 During the shooting of Laawaris in 1981, Amitabh Bachchan developed a friendship with an Iranian actress, Nellie which led to a serious conflict between Amitabh and Rekha. And as a result, Rekha had stepped out of Silsila. With Rekha, leaving the project, Yash Chopra’s hunt for the female lead had continued. Padmini Kohlapure and Poonam Dhillon’s names were suggested to play the role of the girlfriend and wife but Yash Chopra was not pleased. And after some time, Parveen Babi was signed to play the part offered to Rekha and Smita Patil as the wife. Even after the shoot was started, Yash Chopra was not quite happy with the casting of Silsila. He had wanted the film to stay in people’s minds for a long time, he had dreamt to make it a blockbuster and with the present cast, he was aware that Silsila could never grab the headlines. Yash Chopra, in an interview with Shah Rukh Khan, had revealed that Silsila had one of the most challenging cast in the history of Indian cinema. 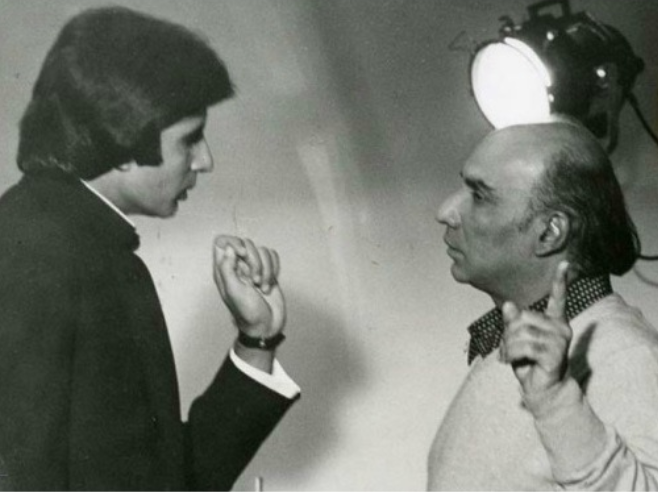 It was during the shooting of Kaalia, When Amitabh Bachchan was shooting in Srinagar, Yash Chopra had flown down to meet him. After having dinner together, Amitabh had asked Yash Chopra whether he was happy about the casting of the film, to which Yash Chopra had replied ‘no’. He had further asked Yash Chopra, what according to him should be the ideal casting? Yash Chopra had gotten a chance to speak his mind and had retorted that he had wanted Rekha to play the part of his girlfriend and Jaya to play the role of his wife. After listening to Yash Chopra, Amitabh kept quiet for five minutes and told him that he should persuade Jaya to take up the project. 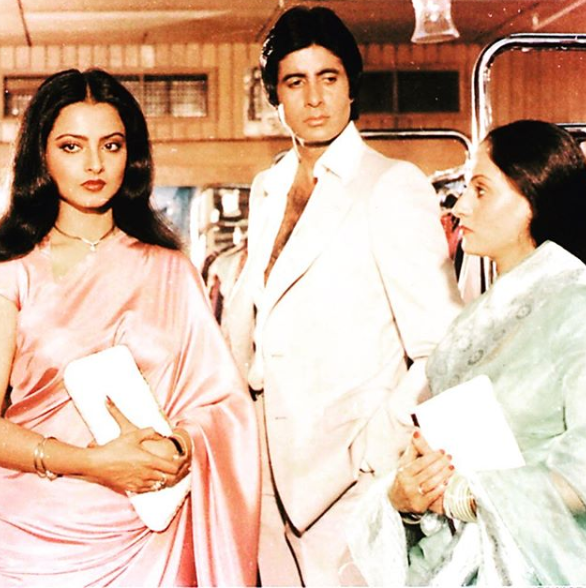 Bringing Jaya Bachchan and Rekha together was a difficult task for Yash Chopra keeping in mind Jaya being dead against the idea of her husband working with Rekha. As expected by Yash Chopra, Jaya Bachchan was not at all interested in the film. It took a lot of effort by Yash Chopra to even make Jaya listen to the script and throughout the narration, she was disinterested. 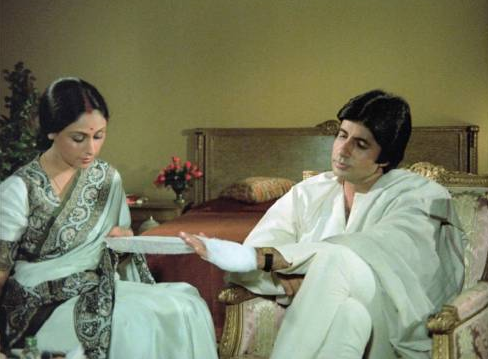 But it was the climax of the film, the last scene that had moved Jaya and she accepted the role. Although the film had dealt with the bold subject of an extra-marital affair, its climax was quite the opposite. It had shown a ‘nuptial reunion’, where the husband, ‘Amit’ comes back to his wife, ‘Shobha’, lying unconscious on a hospital bed and says, “I have come back to you forever.” 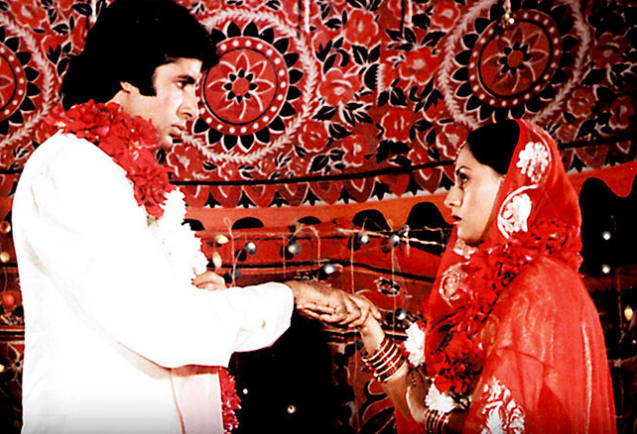 One could imagine the impact and sentiments the last scene had on Jaya Bachchan. For her, it was the right film through which she could make her comeback and could give a strong moral statement. It was also an opportunity for her to help Amitabh’s falling career. Jaya was asked to do the role that was earlier offered to Smita Patil and her permission was sought before signing Rekha, who too had blocked a few months for Silsila. In the end, Jaya had agreed to the desperate request of Yash Chopra and had played the role of Amitabh Bachchan’s wife, starring Rekha as the other woman.

With Silsila, one of the most controversial star-cast was achieved. The final casting of the film had created a lot of stir in the industry where people had gone on to say that the ‘wife’ and ‘girlfriend’ had come together to save their man’s falling career. The film had illustrated the story of an affair that people have been imagining in their minds. With the film, the silsila of Amitabh, Rekha, and Jaya’s love triangle was forever embedded in people’s mind.