The moment a man hears that his wife is expecting his world changes. And that's what happened with Jay Bhanushali when his wife, Mahhi Vij was pregnant with her angel, Tara. Check out to know more!

A man's entire world change, the moment his 'darling wife' announces her pregnancy. She becomes the centre of attention and her husband takes the back seat. The nine-months are just the rehearsal of staying quiet and agreeing with whatever your wife demands and wants. Thankfully the new-age husbands can easily take on their daddy-duties and love being involved in the process of birthing. And television actor, Jay Bhanushali is a perfect example of it. (Recommend Read: Telegu Actor, Nikhil Siddharth Had A Lockdown Wedding With Pallavi Varma In A Private Ceremony)

We all remember how Jay had expressed his wish of having a baby girl before the birth of his daughter, Tara. Later, the actor had revealed that he had been honing his lullaby skills for his baby and to help his wife, Mahhi Vij in taking care of their child's responsibility. And after the birth of their baby girl, we have been seeing Jay's soft side and loving side. He has become a perfect husband and an adorable daddy. Recently, in a joint interview with ETimes, Jay and Mahhi reminisced the beautiful pregnancy journey and the feeling of becoming parents. Jay shared how his wife, Mahhi's pregnancy changed him. The actor revealed that during the course of nine-months, he had not missed a single checkup and sonography test of his wife. The actor revealed, "I have realised one thing that aadmi kitna bhi tedha ho...when his wife is pregnant and delivers their baby, he changes. I have changed a lot and have become caring. What I have seen her going through in those 9 months of pregnancy my respect for her and all the women/mothers have increased. There was not a single checkup or sonography test of Mahhi during her pregnancy that I have missed. I accompanied her on all the appointments and I was there every time she needed me. It was a very stressful moment and the 9 months of the wife's pregnancy changes a lot in a man." (Also Read: Mohena Kumari Singh And Hubby, Suyesh Rawat Bake A Special Cake For 'Bhabhisa' Vasundhra's Birthday) 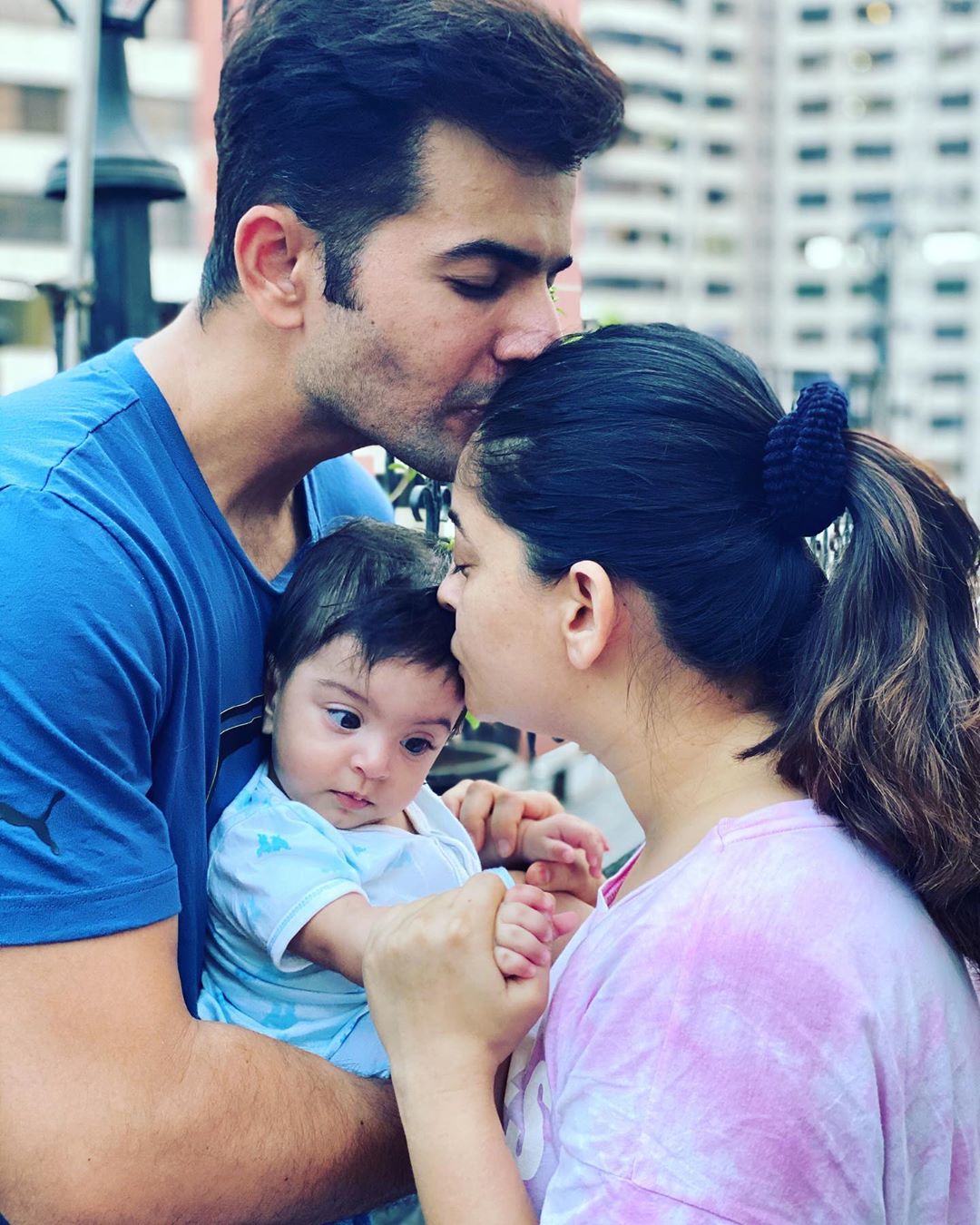 In the same interview, Mahhi revealed the best moment of her pregnancy journey was when she had held her little girl in her arms. She stated, "Being a mother and the entire process of becoming a mother when they were taking me inside the OT and Tara came into our lives, it has become my most precious moment, a lifetime memory." 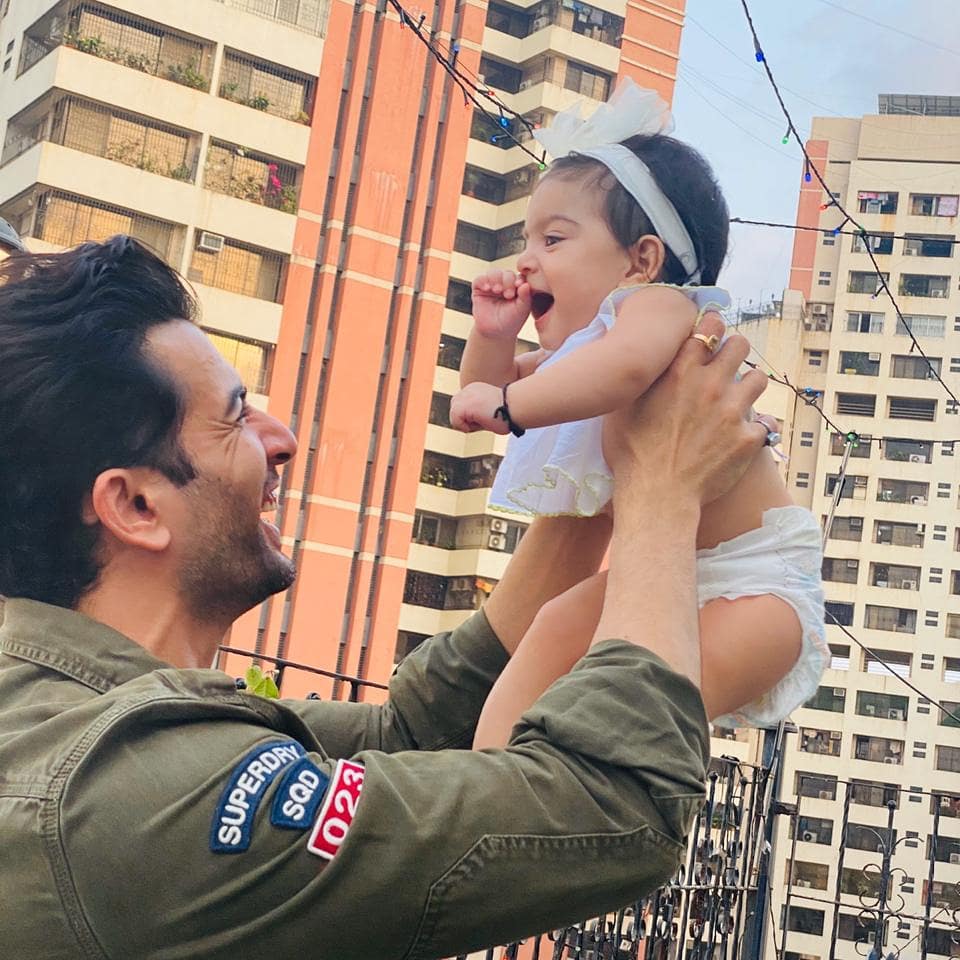 Jay also agreed and stated that it is also one of the precious memories of his life, "You know even my favourite and precious moment would be the same. Because when she was born, I was the first one to see her. I was inside the OT. It was a very stressful moment for me. As I entered the OT, I tripped over and fell on Mahhi. There were so many funny things happening at that moment I still remember. But then I saw Tara for the first time we didn't know at first whether it was a girl or a boy. I was worried about Mahhi, if she was doing fine and she kept asking me if it is a girl or a boy. Then the doctors finally informed us that it's a baby girl and we were thrilled."

For those who don't know, Jay and Mahhi are fostering their caretaker's children, Khushi and Rajveer since 2017 and in 2019, they had welcomed their baby girl, Tara. On the occasion of Mother's Day, Mahhi had shared an adorable note for her three kids. She had taken to her Instagram handle and had penned a note that could be read as "Our world, the most peaceful, inside our homes with these little angels who are truly keeping us on our toes, keeping us entertained, and busy! I know we are surviving this lockdown only because of you three.....you make us realize there's so much love, there's so much care, there's so much to give in life! Love you, my little babies!" (Don't Miss: Nityaami Shirke Confirmed Her Breakup Rumours, Says She And Shantanu Are Happy Being 'Just Friends') Well, Mahhi and Jay are definitely an inspiration for all the parents!