Some love stories never die and such was the love of Sridevi Kapoor and Boney Kapoor. On their wedding anniversary, their daughter, Janhvi shared a beautiful picture of her parents. Check it out!

In a world that believes in right and wrong, there are few, who just listen to their heart's calling. Those are the ones, who fall in love without thinking what the society will say, they believe that their love is enough to break all the notion. And that's the perfect way to sum up late legendary actress, Sridevi Kapoor's love story with already married, Boney Kapoor. In the '90s their relationship was the talk of the Tinseltown. It was in the year 1996 when the two had decided to start their own family as Sridevi was pregnant with her first child, Janhvi Kapoor. (Recommend Read: Inside Tour Of Rangoli Chandel's New Home In Himalayas, Thanks Sister, Kangana Ranaut For Designing)

"I went up to her set, met her and when I met her it was almost like a dream coming true", this is how Boney Kapoor had described his love for Sridevi. Their love story is an inspiration for their daughter, Janhvi Kapoor and Khushi Kapoor. Their elder daughter, Janhvi remembered her late mother on the occasion of her 23rd wedding anniversary. 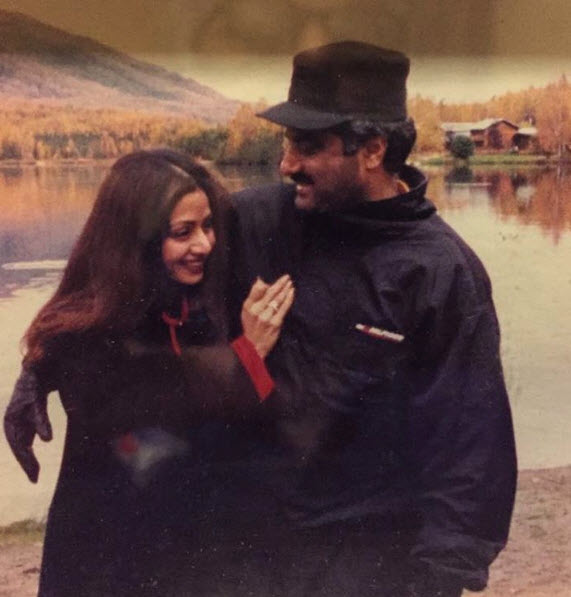 On June 2, 2020, Janhvi took to her Instagram handle and posted a monochrome picture of her parents and recalled their beautiful relationship. In the picture, we could see the late legendary actress looking adorable while resting her head on her 'darling hubby', Boney Kapoor. The Dhadak actress captioned, "Happy Anniversary". Check it out below: Earlier, in an interview with the PTI, Boney Kapoor, who was hit hard by Sridevi's sudden demise, had talked about life after her and had shared that he feels the loss of her every second in his life and he is forced to live with it. And we all agree, destiny had snatched away the legendary superstar from us sooner than anybody can expect. While the days and years will pass on, the pain she had left can never be healed. And it is quite evident in Boney and his children, Janhvi Kapoor and Khushi Kapoor's millions of interviews. (Also Read: Sara Ali Khan And Ibrahim Ali Khan 'Squat' And 'Sweat' Away Their Lockdown Blues [Video Inside]) Boney had once said in a media interaction that it was Sridevi's innocence that touched her. He had revealed, “She's an introvert and doesn't communicate very easily with strangers and I was one at that point in time. But the few words she spoke, in broken Hindi and English, they touched me they moved me and I was curious to know her more. Gradually, she saw the man is too persistent and perhaps realized I was sincere and not looking for, what do I say, a fling. Little things made an impact on her and here I am as her husband today.” (Don't Miss: Niti Taylor is Missing Her Dancing Squad, Shares Dance Rehearsal Videos Of Her Engagement Ceremony)

Well, we all feel the immense pain of losing our dearest, Sridevi!