Millennial stars Janhvi Kapoor and Sara Ali Khan have a lot in common; not only did they debut in Bollywood in the same year (2018), but they also belong to the filmy family. And now Janhvi and Sara have become fashion divas of B-town. From their striking on and off-screen appearances to their social media presence, fans and paparazzi often scrutinise them, either for their films or fashion.

Needless to say, a comparison between Janhvi and Sara is inevitable. But what happens when two of the most powerful and renowned celebrities, Janhvi and Sara, accidentally twin in an ice blue Cinderella ruffled gown? Well, if you are an avid social media user, you must have come across Jahnvi Kapoor, and Sara Ali Khan's social media timeline, wherein the actresses turned heads with their drop-dead gorgeous modern-day Cinderella look!

Janhvi Kapoor To Jacqueline Fernandez, Most Stylish Outfits To Steal For Your BFFâ€™s Wedding Jahnvi Kapoor recently took to her Instagram and shared multiple images of herself looking ethereal in a lighter shade of ice blue tulle gown. Undoubtedly, she looked breathtakingly beautiful in the outfit. 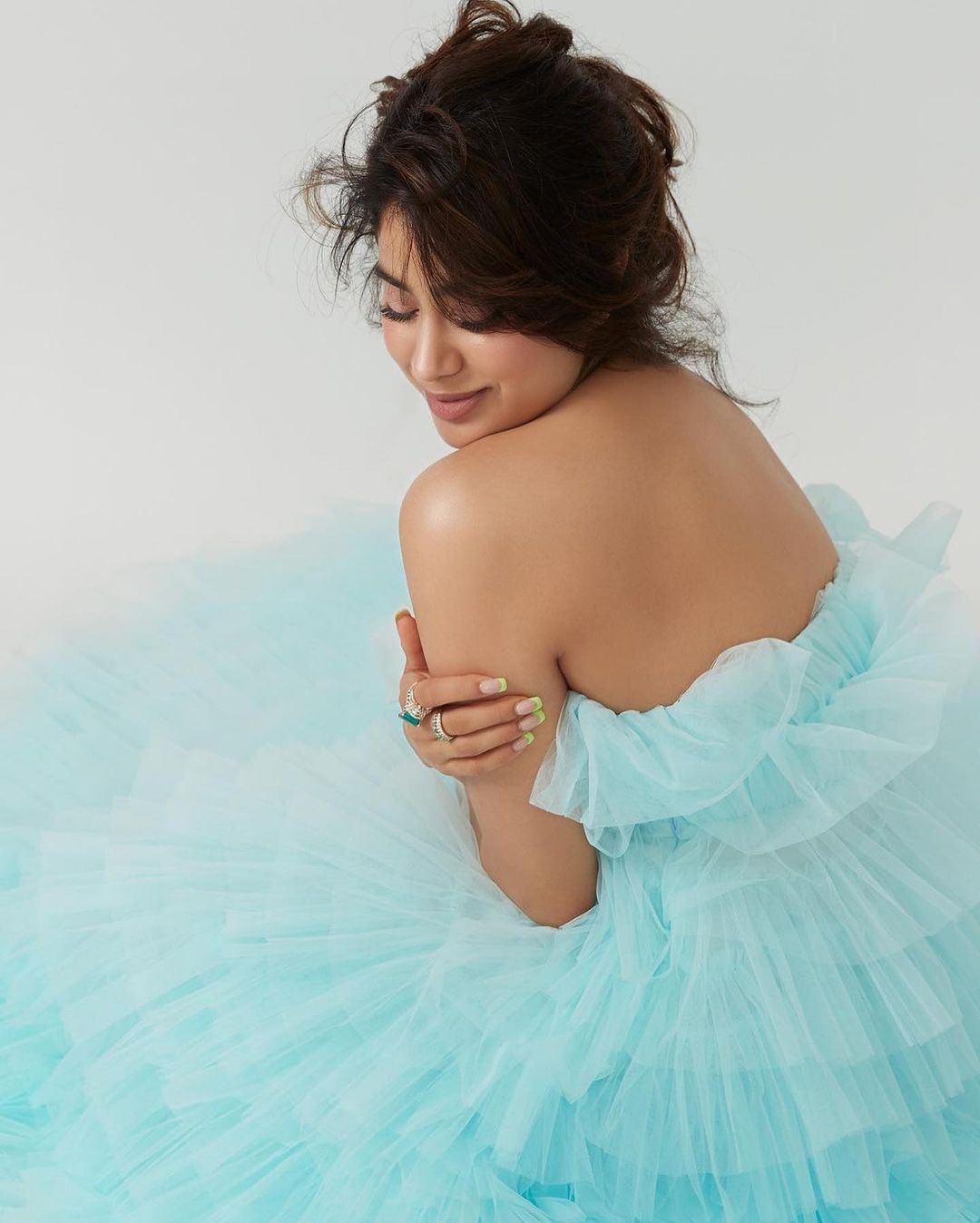 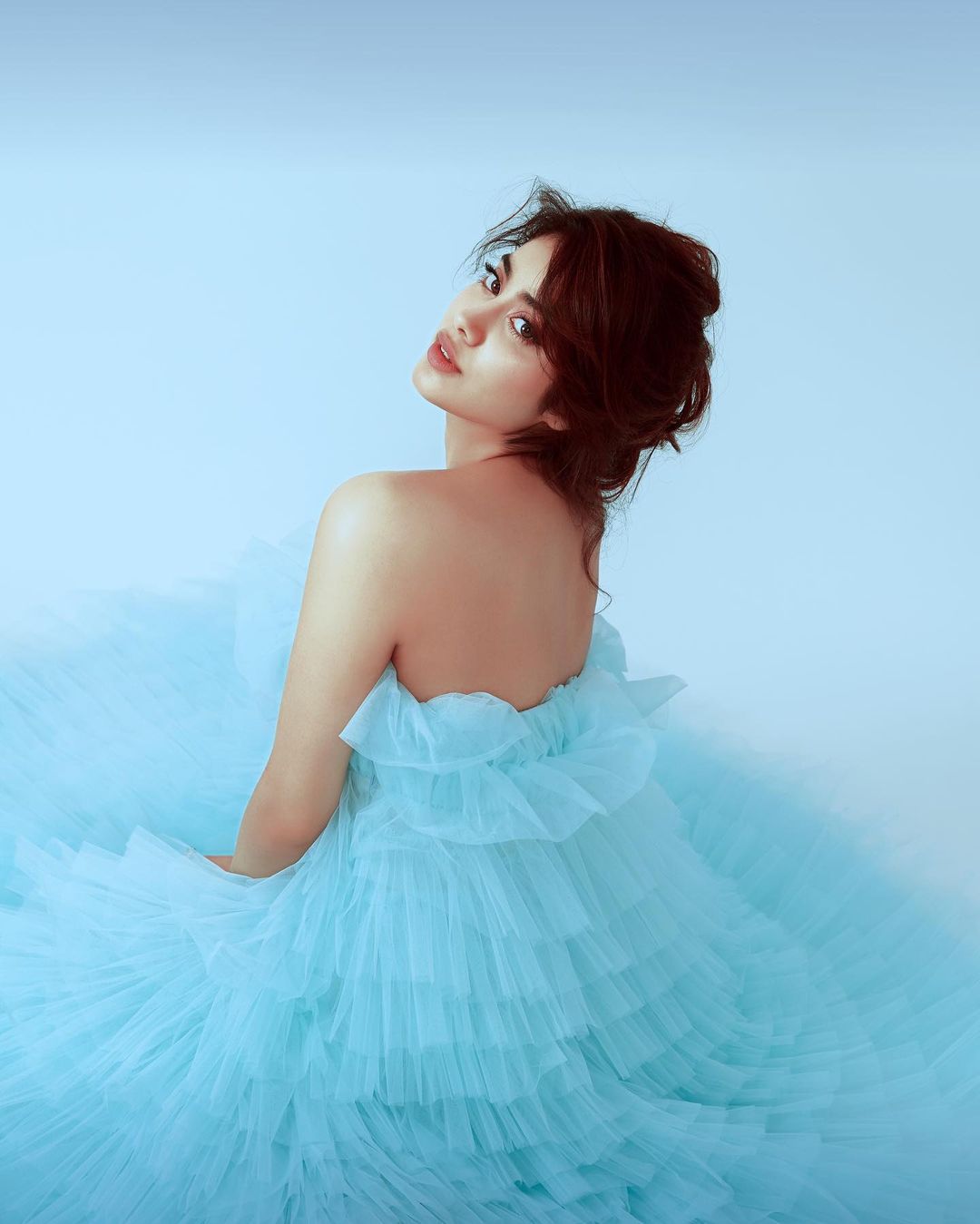 Janhvi opted for a messy bun; she accessorised her look with trendy rings manicured with French green tips; she sported nude, dewy makeup and foxy eyes to complete her stunning Cinderella-style look.

Take a look at her drop-dead gorgeous pics! If Janhvi set the social media ablaze with her stunning look, Pataudi parivaar's daughter Sara Ali Khan had looked no less than a princess! The gorgeous actress had also donned a similar looking outfit at the 66th Filmfare Awards. Sara Ali Khan Khan had taken to her Instagram account and had shared a bunch of stunning pictures of her Cinderella moment. She had captioned the post as "Cinderella story".

She paired her ice-blue gown with silver stilettos. Keeping up with the Disney princess look, she tied her hair in a messy romantic style ponytail. The flawless diva skipped accessories with her look and accentuated her features with kohl and nude lipstick. 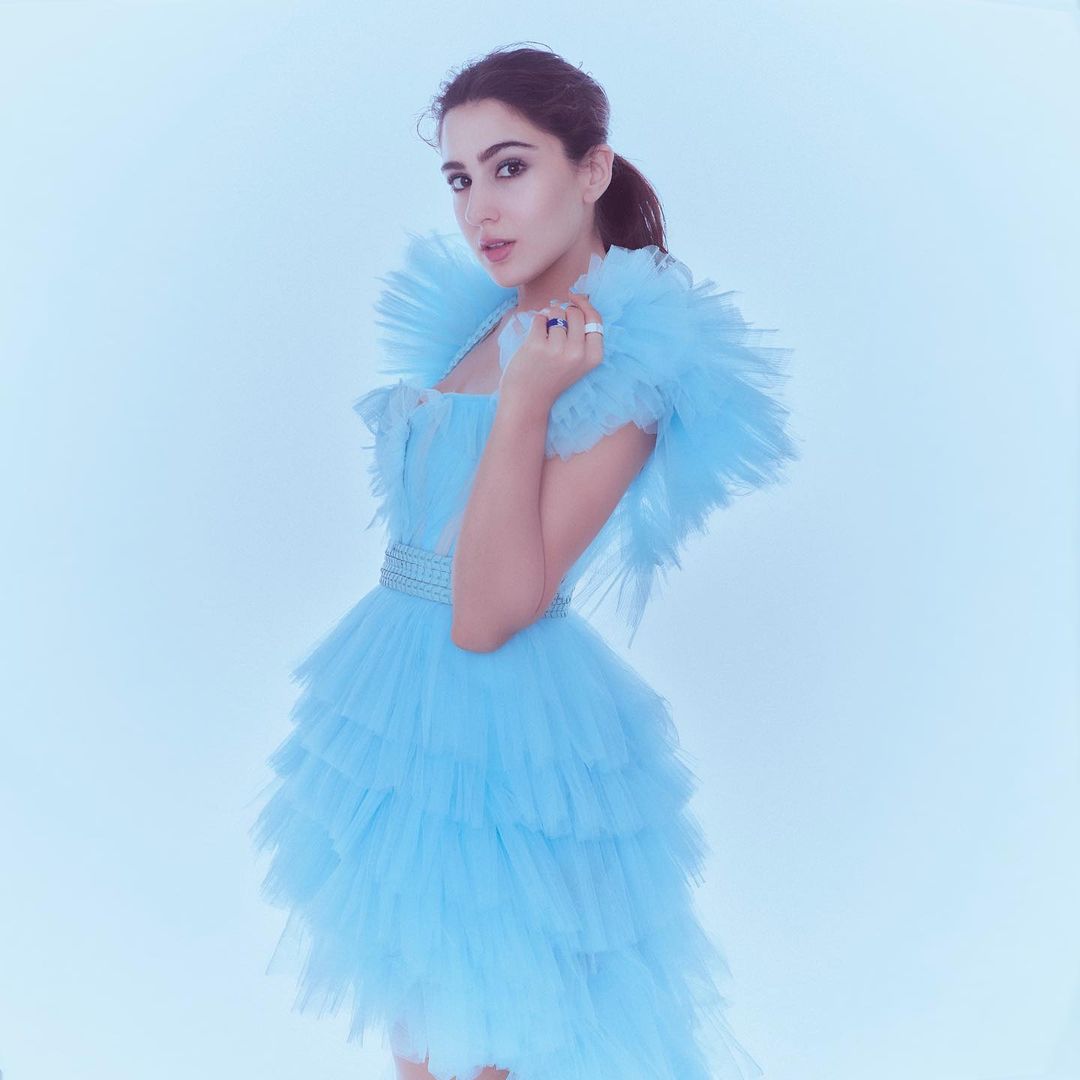 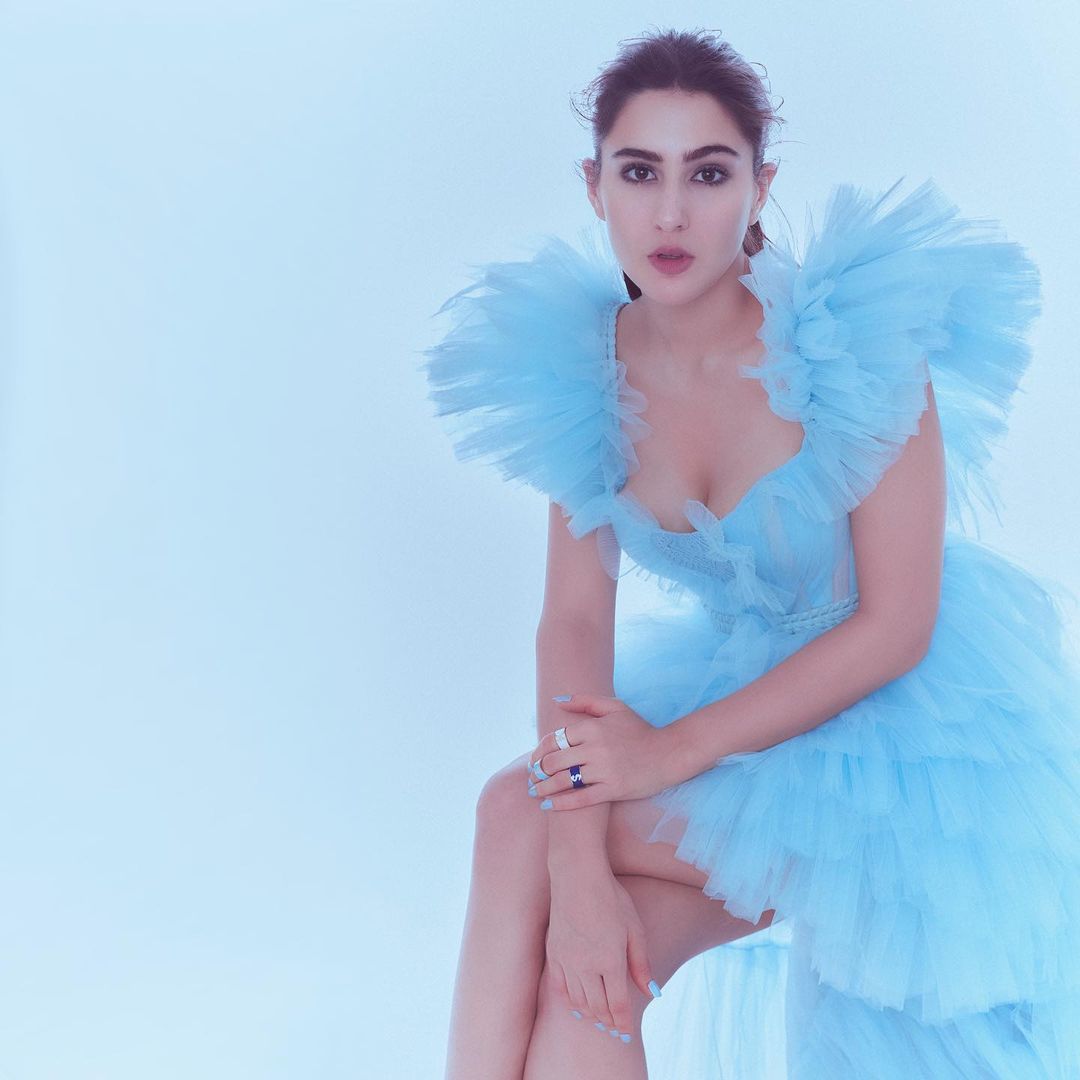 How much does it cost?

Sara's outfit was customised by Aadnevik for her photoshoot. However, in its original design, the dress is priced at £15,500 or approximately Rs 15,72,967 (As per the official website). Were Sara and Janhvi rivals?

Ever since Janhvi Kapoor and Sara Ali Khan had announced their decision to try their luck in Bollywood, they have been pitted against each other. But are they rivals or is it a healthy competition between them? In an interview with ETimes, Sara had said that she and Janhvi go back a long way and have nothing but love for each other. "In fact, for the first couple of times, any entertainment website made collages of Janhvi and me, one of us would send it to the other and laugh." Adding that, it would be weird to do the same now. Sara Ali Khan had added, "Janhvi and I have known each other before our association with the film world. I've only love for her, and I wish her the best with everything she does." Sara was all praise for Janhvi and felt that the latter might get annoyed with the constant comparisons. "But now, as you say the comparison will start, I think it might be infuriating her that she's done a damn good film like Dhadak and is liked by so many people. So, she might be turning around and thinking, 'Iss ladki ka abhi trailer hi nikla hai aur comparison shuru ho gaya," Sara had said.

When can we see Janhvi Kapoor on the big screen? When can we see Sara Ali Khan on the big screen? 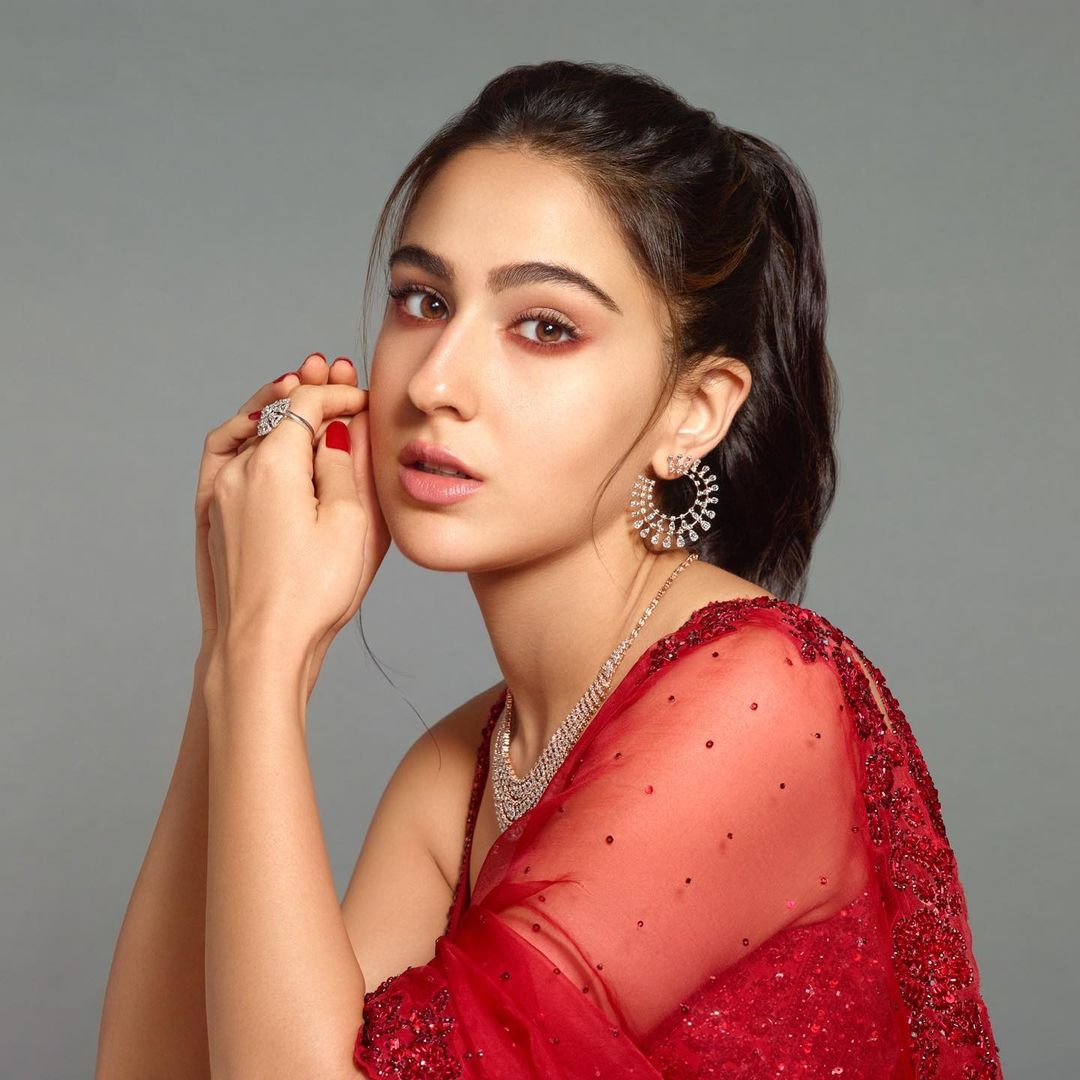 Sara is gearing up for her next Atrangi Re, helmed by Anand L Rai, and the film also stars Akshay Kumar and Dhanush. The actress has also signed up for yet another film with Aanand L Rai. As per a report in ETimes, "Sara Ali Khan and Aanand L Rai collaborated for the first for Atrangi Re. The duo enjoyed working on their first project. The audience will get to see an outstanding outcome once the film comes out. And now Sara has been approached for Rai's next production film Nakhrewali. She will be seen essaying the titular role. It is definitely going to be an out-and-out entertainer." 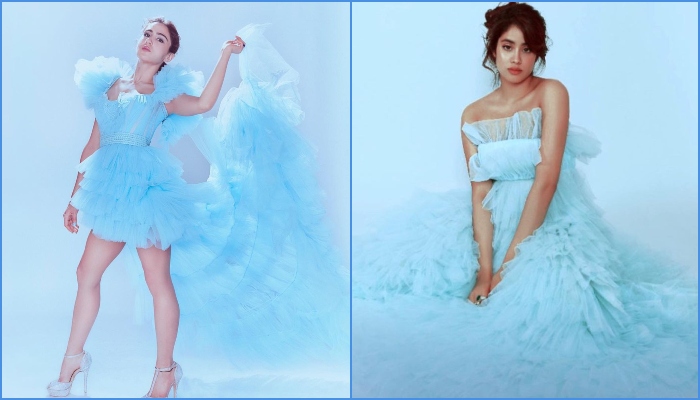 When divas wear the same outfit, comparisons are bound to happen! What do you think who pulled off the ice blue Cinderella dress better? Janhvi Kapoor or Sara Ali Khan?