We stumbled across an age-old fun picture of Janhvi Kapoor and Khushi leaning on their dad, Boney Kapoor, aligning along the lines of the leaning tower of Pisa! Check it out inside! 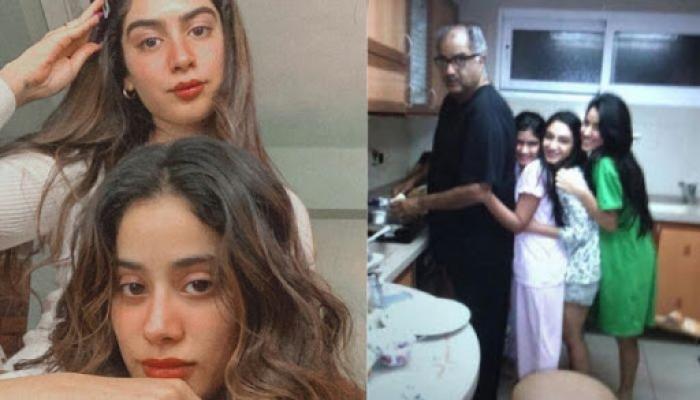 'Kabhi kabhi kuch baatein humari yaadon ki itni khidkiyan khol deti hain ki Hum dang reh jaate hain!' Who doesn't like to be doused in old memories and relish those wonderful moments again, right? Keeping that in mind, we've brought to you an age-old, classic unseen picture of Janhvi Kapoor, Khushi Kapoor and their dad, Boney Kapoor when they had gone to visit the leaning tower of Pisa in Italy! (Recommended Read: Ileana D'Cruz's Reply On A Fan's Question About Her Relationship Status Will Leave You In Splits)

Everyone loves sharing and remembering the good golden old days of their childhood, especially the fun ones: family vacations, holidays, outings and whatnot. A fan page of the gorgeous Janhvi Kapoor shared one such awesome unseen picture of her when she was a teen and had gone to Italy for a vacation with her family! 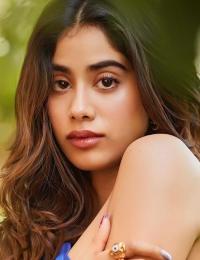 We stumbled across an age-old gem of memory of when Bollywood diva, Janhvi Kapoor was a teenager and had gone to visit the leaning tower of Pisa in Italy with her family. The picture sees a bubbly, giggly teenage Janhvi, who is leaning against and hugging her father, Boney Kapoor by the side, while her little sister, Khushi Kapoor held her. The trio made for a fun picture aligning along the lines of the leaning tower of Pisa, and remind us of a time when the world was a pandora of happy moments, and we were free to travel wherever we could! The picture sees Janhvi looking fresh in a light pink shirt teamed with an aqua blue trousers, while Khushi looked cute as a button in a printed dress. Check out the picture below: 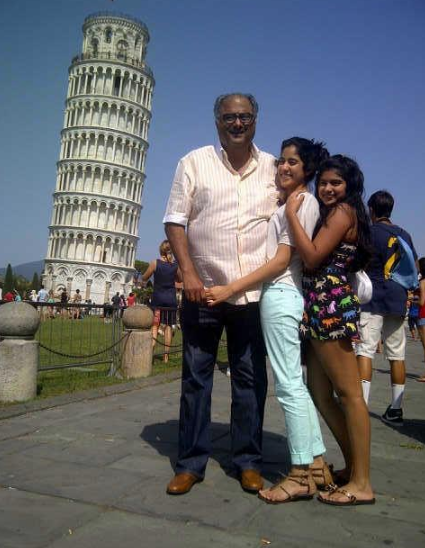 Since we're on a spree of throwback memories, here's a fun one! Some time ago, a video of Janhvi Kapoor's school days with one of her friends had gone viral on the Internet. In the video, we could spot the Dhadak actress looking goofy while sipping the coconut water along with her friend, who had seemed to be teasing her. In the adorable throwback video shared by one of her fan pages on Instagram, it's surprising how gorgeous she's looking even in her school uniform. Well, why wouldn't she? After all, she's the daughter of one of the most gorgeous actresses in the history of Bollywood, Sridevi and it's like beauty runs in her blood! Check out the video below:

Bollywood's ace photographer, Daboo Ratnani had completed his 25 years in the industry some time ago. To mark the same, he had shared an old, unseen click of Sridevi, along with her daughters, Janhvi Kapoor and husband, Boney Kapoor and the picture was pure gold! Fully clad in South Indian outfits, and gajra, they had looked like a big happy family. Special mention to the little munchkins, Janhvi and Khushi, who had looked cute as buttons clad in South Indian style sarees. While Janhvi had donned a green silk saree with violet border, little Khushi had looked adorable in an orange silk saree with maroon border. Beauty personified late, Sridevi ji had looked ethereal in a maroon silk saree while Boney Kapoor was all shades of dapper in a black sherwani. (You May Also Like: Arjun Rampal Dazzles On The Cover Of GQ With His Daughters, Mahikaa, Myra And His Son, Arik) 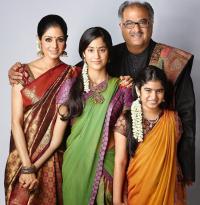 Some days ago, Janhvi Kapoor had shared two throwback pictures of her parents, Sridevi and Boney Kapoor on her Instagram stories. And those never seen before clicks had brought back a lot of memories! In the first picture, we could see the couple shooting on the sets of the iconic film, Mr India. Sridevi could be seen in the get-up of legendary comedian, Charlie Chaplin, whereas Boney Kapoor could be spotted assisting her in the middle of a shot. The monochrome picture was captioned by the young actress with a sweet and hilarious one-liner that could be read as "When he says its boys night but you still wanna hang." Moving forward to the next slide, a young Boney Kapoor could be seen sitting on top of a yak in a dacoit's get-up. With a huge smile on his face, Boney Kapoor had posed with a rifle in his hands. Janhvi had written a small caption along with this picture that could be read as "Yeah my dad is super chill." (Also Read: Sonam Kapoor Protects Sis, Rhea Kapoor, Slams Instagram For Not Removing Death Threats Against Her) 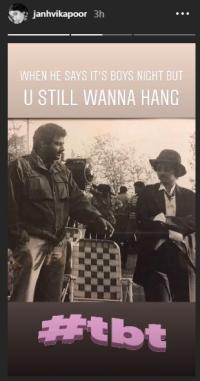 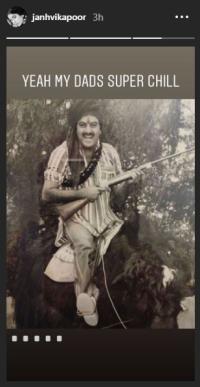 Did you like the throwback picture of Janhvi Kapoor and Khushi Kapoor?