A few days ago, Irfan Pathan was criticised for blurring his wife, Safa Mirza Baig's picture. Now, Safa reacts to the trolls and speaks in defence of her husband, saying that it was her decision.

Social media comes with its own pros and cons. On one side, it bridges the gap between celebrities and their fans, on the other side, trolls, enjoying anonymity, use the platform to criticise the stars for anything they do. India's best all-rounder cricketer, Irfan Pathan makes the news for his professional achievements but more than that, for his personal life. Quite often, Irfan is targeted with the meanest comments and unnecessary hatred on social media but the cricketer has shut down the trolls every time with befitting replies. Some celebs don't pay any heed to the trolls, and others believe in shutting down the loud noise with their classy sass.

Also Read: Sunny Deol And Dimple Kapadia's Rumoured Extra-Marital Affair Is Not Over Even After Almost 40 Years

Irfan Pathan Trolled Mercilessly For Hiding His Wife Safa's Face In Every Pic, He Hits Back Strongly

One of the most prominent faces of the Men in Blue, Irfan Pathan had broken the hearts of millions of girls when he had said Qubool Hai to a Jeddah-based model, Safa Mirza Baig on February 4, 2016. Two years into marital bliss, Irfan and Safa were blessed with a baby boy in 2018 and the couple named him, Imran Pathan. Irfan's social media feed is proof of the outstanding cricketer, beloved husband and doting father that he is! Irfan Pathan and Safa Mirza Baig's little one, Imran Pathan has his own verified Instagram profile, which is managed by his mother. A family picture posted on May 25, 2021, on Imran's Instagram handle became a topic of discussion among the trolls, who criticised Irfan for blurring his wife's picture. Later, Irfan posted the same picture on his Twitter, with the caption, "This picture is posted by my queen from my son's account. We are getting lot of hate. Let me post this here as well. She blurred this pic by her choice. And Yes, I'm her mate not her master. #herlifeherchoice." Even earlier, Irfan had posted pictures with Safa, who had always chosen to cover her face. Check out the comments on Irfan, Safa and Imran's picture: 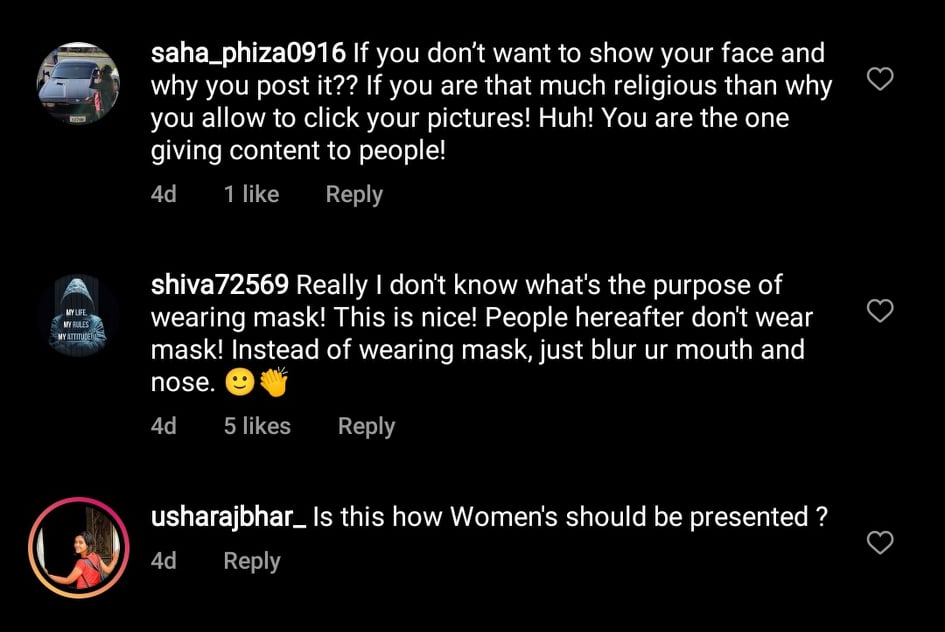 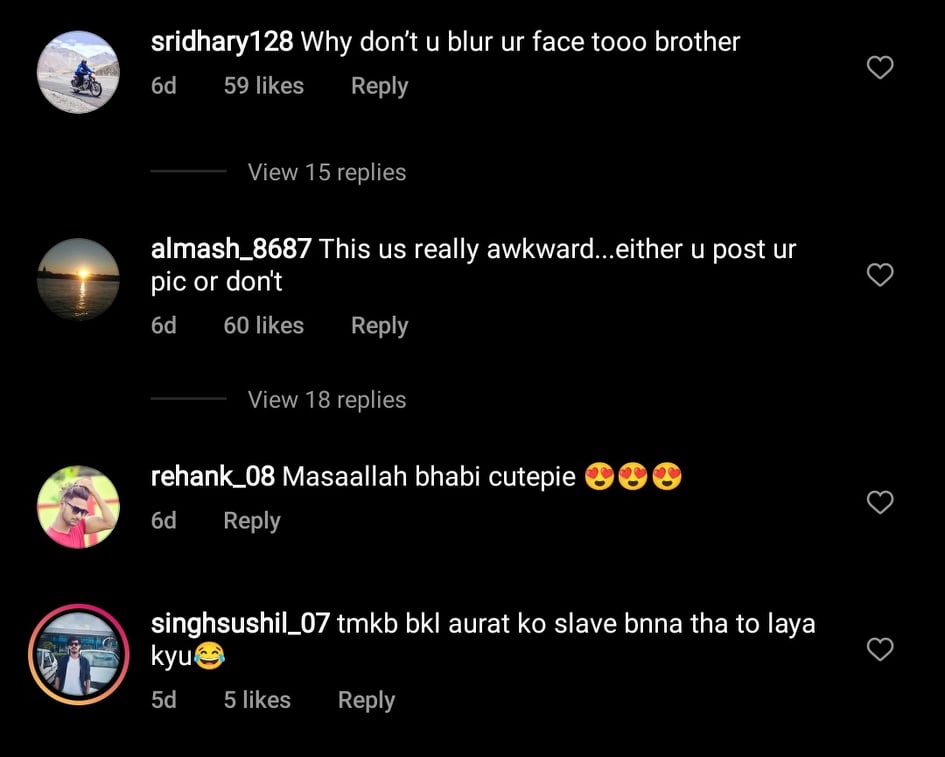 After Irfan Pathan, Safa Mirza Baig reacted to the trolls and spoke in defence of her husband. Safa, who had given up her job as a Content Writer after her son, Imran Pathan was born, revealed in an interview with The Times Of India, "I had created an Instagram account for Imran and I post stuff there, so that he can look back at some lovely memories once he grows up. I handle this account and for this particular photograph, I had blurred my face out of choice. It was completely my decision and Irfan had absolutely nothing to do with it. I never thought that posting a harmless family photograph would create a needless controversy like this. I am a very private person and I never like to be the centre of attraction. Even when Irfan gets papped, I immediately move away." Recalling an incident when Irfan Pathan had stood up for her at the airport over surname issue, Safa Mirza Baig narrated, "For those who have been accusing Irfan of being an oppressive husband, I want to share an incident because they know nothing about him as a person. I was born and brought up in Saudi Arabia and when I moved to India after marriage, I had to visit the passport office to change the details and apply for a new passport. I told the lady at the counter that I wanted to retain my maiden name but still, she asked Irfan thrice, 'Sir, is it fine with you if she doesn't use your surname?' He told her, 'If she is ok with it, what problems can I have? She has the right to choose what she wants.' That’s the kind of person he is and so, I feel really sad when people write such nasty things about him on social media." Speaking on cyberbullying and her husband, Irfan Pathan being a target of trolls every time for being oppressive, Safa Mirza Baig continued, "This controversy is in bad taste and while I know that Irfan has got used to being trolled by now, it bothers me at times. For all those who seem to be so concerned about me on social media, I just want to tell them that I have a voice of my own. There are women out there who are actually being oppressed and maybe, they should speak out for them. When people don't know the truth, they shouldn't speak on my behalf. This is 2021 and people need to be more accepting towards those who are different from their idea of an ideal human being. Be it dressing up or choosing not to show one's face, everyone has the right to make a choice and cyberbullying is just unacceptable." 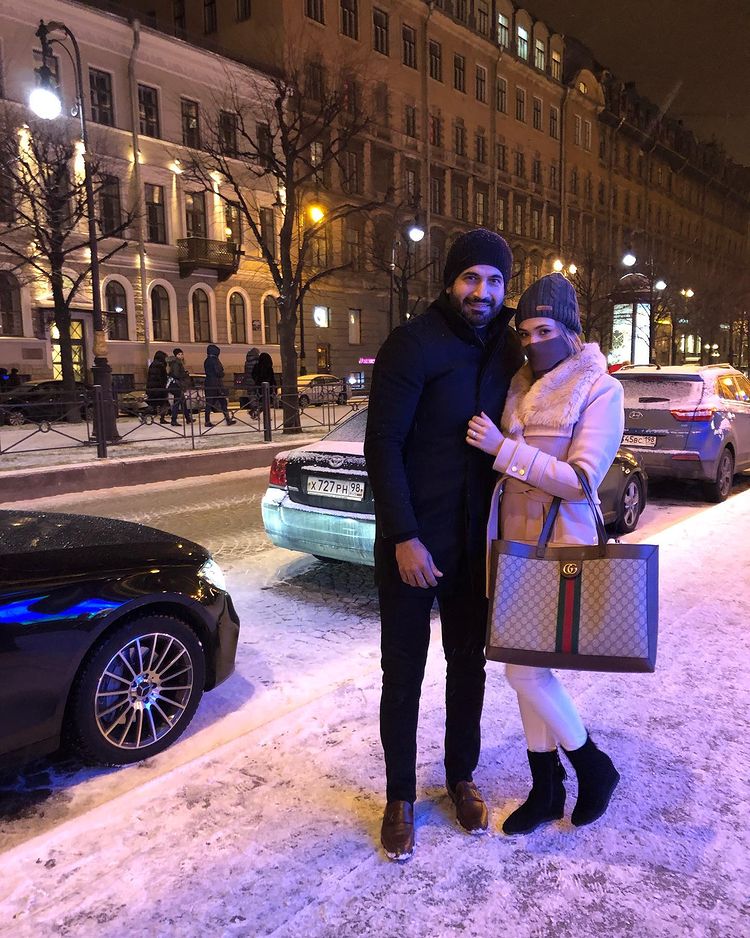 Irfan Pathan, in the same interview, also reacted to the trolls, who criticise him for blurring or covering his wife, Safa Mirza Baig's pictures on social media. He stated, "It's not like we post a family photo daily on social media. And when we do, it's for spreading positivity and sharing our joy with the fans. Given the current situation in our country, is this even an issue that should be talked about by netizens? On the contrary, we should use the power of social media to talk about real issues and help those who are in need. It was my wife's choice to blur her face and everyone should respect it. She is a strong woman and I don't impose anything on her. People assume things and have a certain perception about me, but the reality is very different. I don't want to clarify anything and everything. I believe that as long as we are happy as a couple, have a good understanding and respect and support each other, it doesn’t matter what others think." 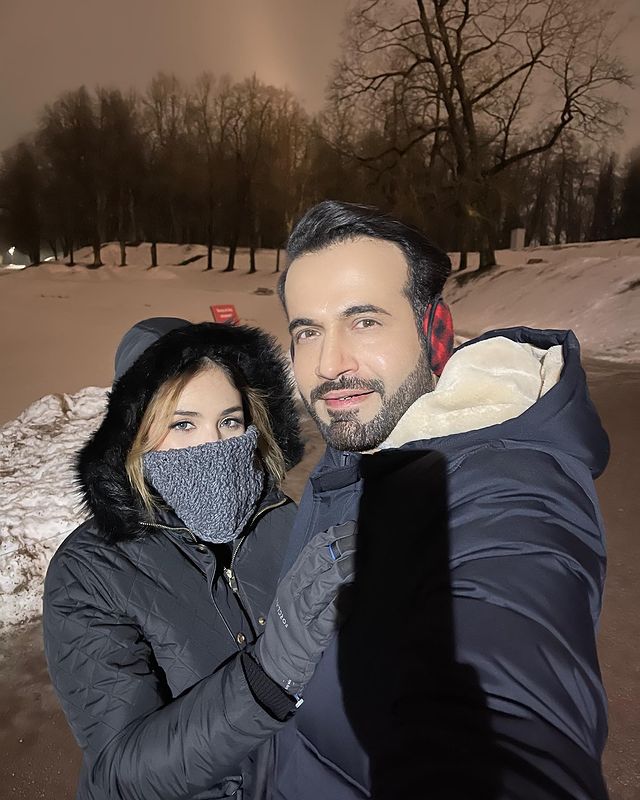 How and when to post a picture on social media is a choice of an individual, irrespective of if he/she's a celebrity, and their decision should be respected!