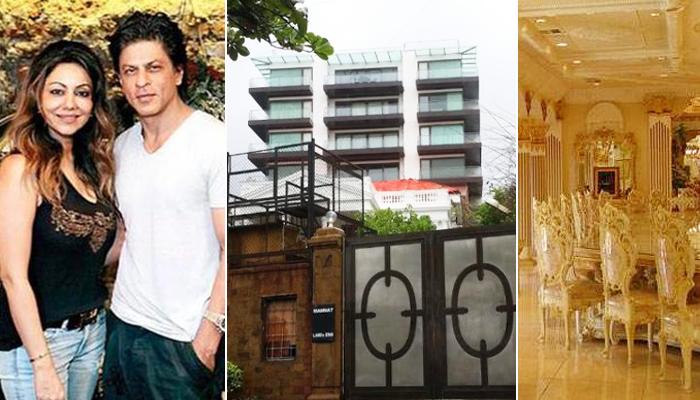 Shah Rukh Khan’s journey from his TV serial period to being the second-richest star in the world (2015), hasn’t been a cakewalk at all. Many forget that behind the stardom that he today enjoys globally lies an intense hard work and struggle of so many years.

And his hard-work has definitely paid off in the most magnificent way. Besides the billions of fans, fame and fortune, Shah Rukh Khan’s house, Mannat, is his most prized asset. In his own words:

“The most difficult job I have done in my life is buying this house. I always tell my colleagues that they can take away everything, my money, my cars, but not my house. It’s for the safety of my family, it’s for my children.”

So, let us take you through Mannat, which now, is not merely a megastar’s house, but a tourist attraction in Mumbai where thousands flock every day to get one glimpse of their most beloved movie star.

Mannat, in the 1990s, was not constructed at a lavish open space as it is currently seen as Shah Rukh Khan’s house. It is a legacy house that Shah Rukh Khan didn’t own. Mannat belonged to a Parsi man of Gujarati-origin, whom Shah Rukh Khan just knew as a neighbour. Before being named Mannat, it was originally named as ‘Villa Vienna’ by its original owner Kekoo Gandhy. 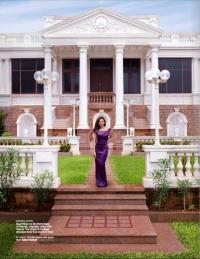 Once, Shah Rukh came to know that Keeko Gandhy is planning to lease the property, the Raees actor begged him to sell it to him because of its location. SRK bought the house in 2001 at Rs.13.32 crore, which in today’s money is equivalent to Rs. 350 crore. Initially, Shah Rukh wanted to name his house, 'Jannat'. But considering that his wish of buying a house was fulfilled, he named it Mannat (In Urdu, Mannat means wish).

Located in Bandstand, Bandra, Mannat proudly stands out uniquely in the area. Shah Rukh lives there with his wife- Gauri Khan, his children- Suhana Khan, Aaryan Khan and AbRam Khan, along with his sister, Shehnaz. Wife Gauri, being the interior designer herself, has really played a major role in making Mannat a dream house that only a few could wish for. Along with the ace designer, Tom Dixon, Gauri turned the bungalow into a masterpiece with neoclassical themes all over the interiors.

A gorgeous green lawn welcomes you when you step in Mannat. Then you see the building, the magnificent white pillars giving Mannat a very Georgian feeling. There is a 6-storey apartment, as an extension of the original bungalow. Spread over more than 26,000 square feet, Mannat is so big that at least 225 people can reside inside it at a time. 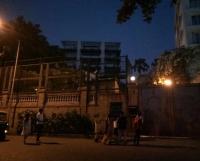 Mannat’s architecture is jaw-dropping. There are two giant living rooms which are connected internally with an elevator. The living rooms boast of magnificent antiques, chandeliers, paintings of M.F. Hussain and many rare valuables.

The second wing of Mannat is where the magic begins! This part of the palatial building harbours everything you can imagine. From the private swimming pool, boxing ring, a table tennis table area, spree of offices for story settings and meetings, and a kitchen which can make even the best chefs in the world drool.

Name any luxury in this world, and it’s available inside Mannat. Shah Rukh Khan has a separate area inside Mannat where all his awards are kept. This area was exclusively shown in the movie Fan, the first movie to be shot inside SRK’s house. 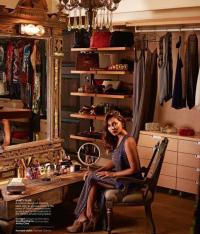 Guess, what? When it comes to decoration inside Mannat, there is a coffee table which boasts of something very unique. You wouldn’t believe, but the coffee table is decorated with shoes! Yes, and the pair of shoes is not just any ordinary shoes, obviously, it’s from the rarest shoe collection of Tom Dixon, of whom Gauri Khan is a huge fan. 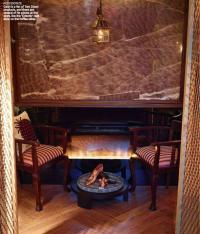 Wow! Could there be any other house as good, rich and beautiful as Mannat? Certainly not. Remember Koffee With Karan season 4, when Karan asked Emraan Hashmi what he would steal from Shah Rukh’s life, Emraan wittily quipped, “His House!” No wonder, even the Bollywood actors get swayed by Mannat’s charm and beauty! 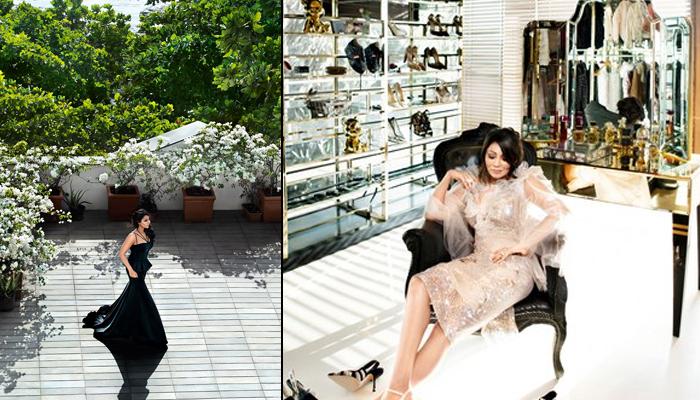