One of the cutest celeb kids on the block, Inaaya Naumi Kemmu and Taimur Ali Khan never miss the chance to make us go aww with their cuteness. But this time, it was Inaaya's love for her baby brother, Jeh, which left our jaws to drop. The little munchkin, Jeh celebrated his first Rakhi with his didi, Inaaya and it was a sight to behold.

On August 23, 2021, Saif Ali Khan and Kareena Kapoor Khan along with their kids, Taimur Ali Khan and Jehangir Ali Khan had returned from their Maldives vacation. And Soha had posted a lovely picture of Inaaya tying rakhi on Taimur's wrist, who was sitting on his abba, Saif's lap. 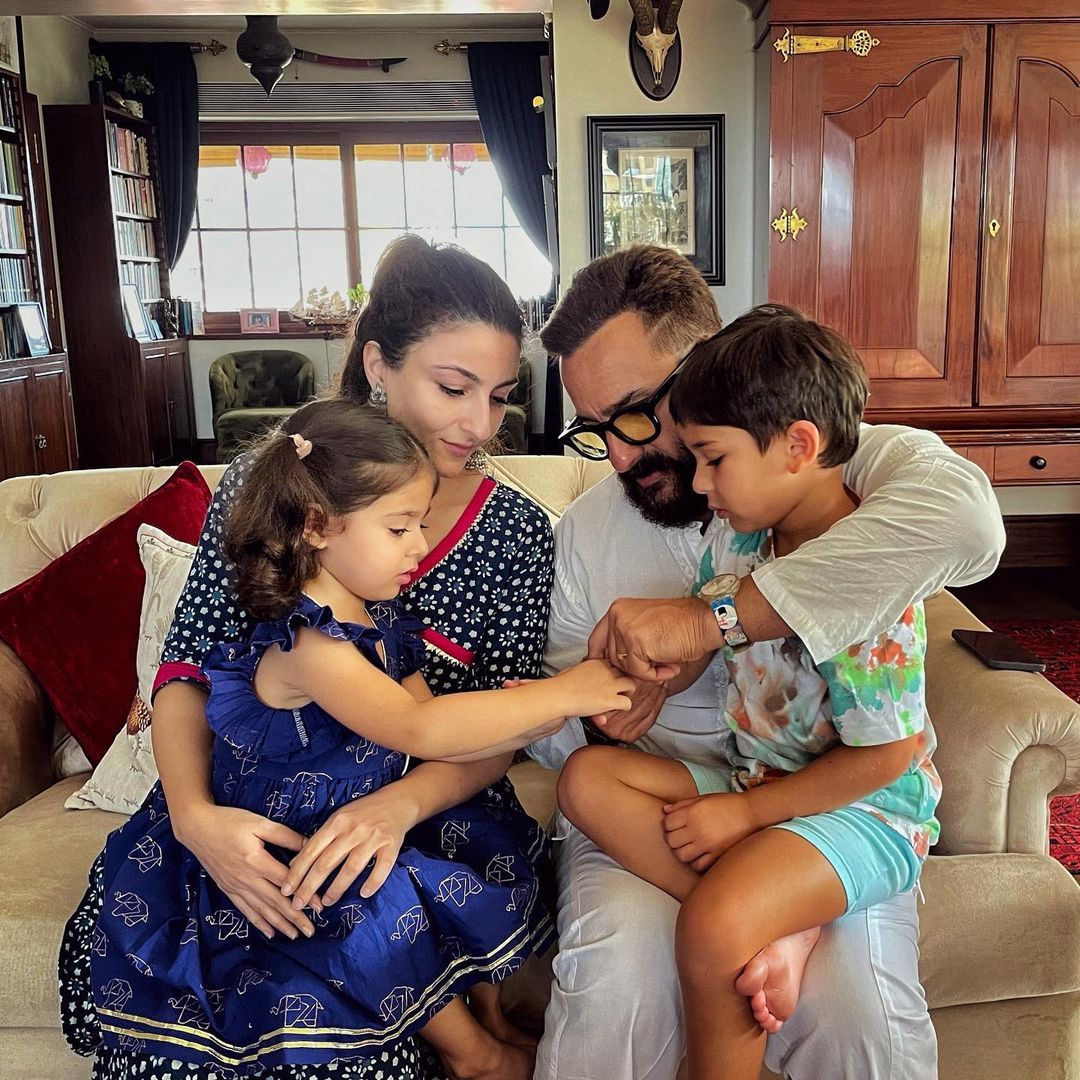 A few minutes back, Soha took to her IG handle and shared an adorable picture of Jeh and Inaaya celebrating their first Rakhi. In the picture, Inaaya was seen kissing Jeh, who looked at her cutely. Inaaya donned a royal blue dress, while Jeh looked like a cotton ball in his yellow onesie. The brother-sister duo stole our hearts and made it a million-dollar picture. Soha captioned it as "First rakhi" followed by a heart emoticon. 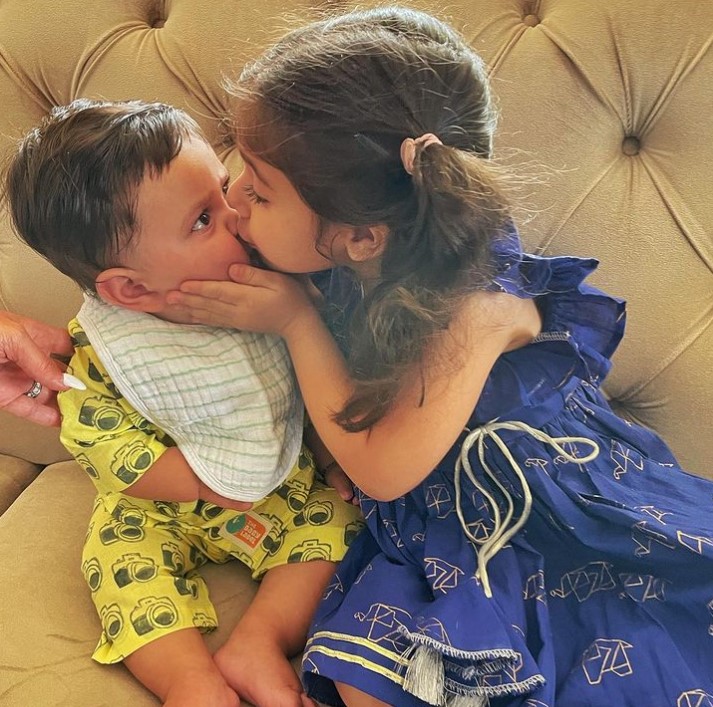 In an interview with ETimes, Kunal Kemmu had spoken about how Taimur Ali Khan and Inaaya Naumi Kemmu reacted to Saif Ali Khan and Kareena Kapoor Khan's second child. Talking about the same, Kunal had said, "Be it Taimur or Inaaya, I think most of their reactions are based on how we react. Having said that, the kids are happy and blessed to have a new member in the family. He was born in unprecedented times, and I wish him good health." 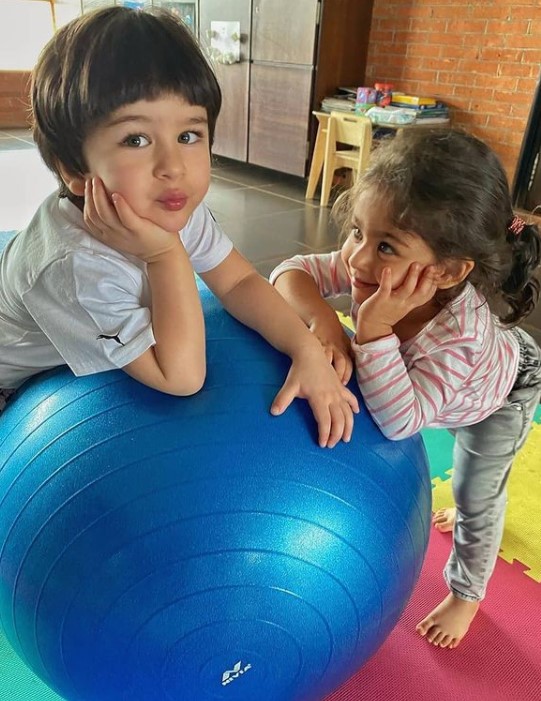 Last year, we had witnessed the adorable bond of Tim and Inni on Soha's Instagram feed. Soha had shared glimpses of their 2020 Rakhi celebrations. In the pictures, we could see Inaaya tying the rakhi on her elder brother, Taimur's wrist. The sibling duo was dressed in white ethnic ensembles. Alongside it, Soha had written, "Happy Raksha Bandhan. #TimAndInni." 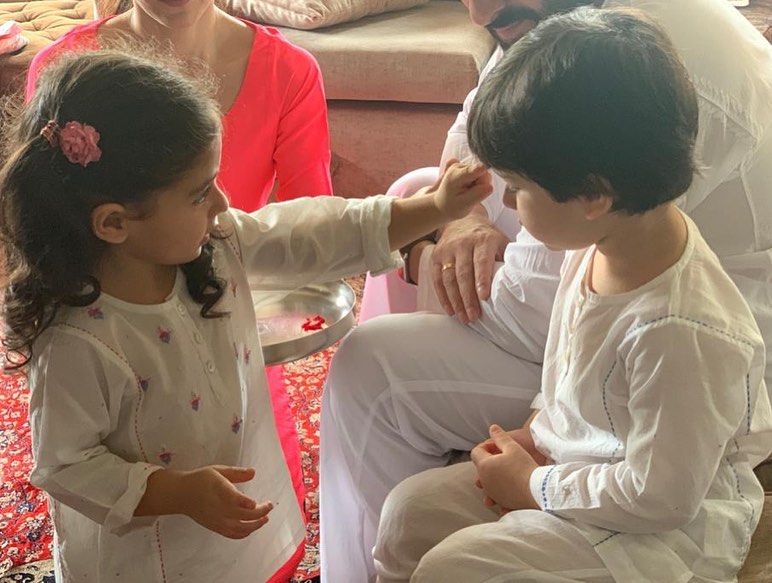 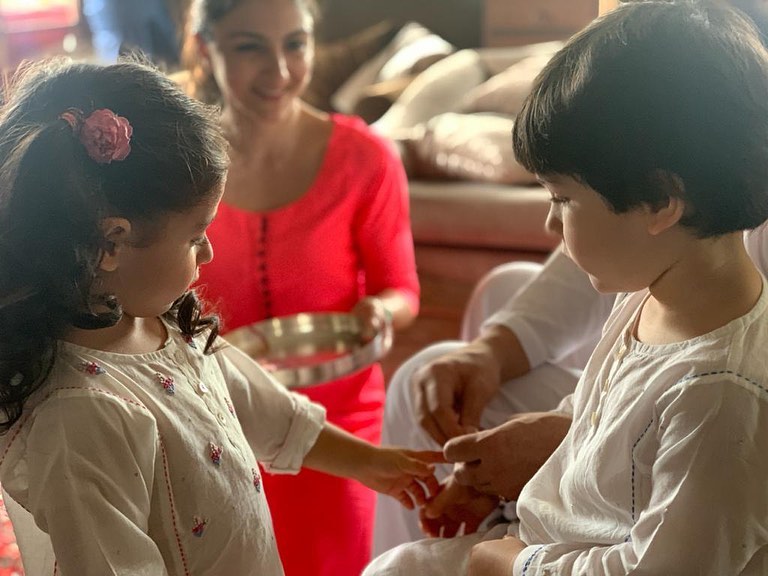 Earlier, in an interview with Zoom Digital, Soha had revealed that Inaaya is caring and protective, and she will be an amazing elder sister to Kareena's newborn baby. She had further revealed that Inaaya is a lot like her daddy, Kunal Kemmu. The actress had said, "I think she's a lot like Kunal - expressive, emotional, sensitive, and she has the most infectious smile and a mischievous glint in her eye - like Kunal." Isn't Jeh and Inaaya's first picture too adorable? What do you think? Let us know. 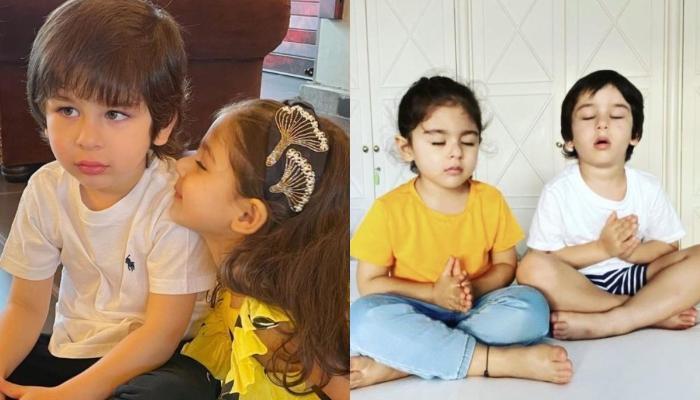