Inaaya Naumi Kemmu, on Bhai Dooj, copied her bua and sings the 'Gayatri Mantra' with utmost perfection! Until you see the video, you will find it hard to believe that a two-year-old could sing this!

Time flashes by in the blink of an eye and the moment you realise that moments and memories are slipping away, grab them! Especially when it comes to raising babies, hardly have you shared the ‘big news’ to your hubby that you are expecting, it is time to celebrate her/his first birthday! When it comes to star kids too, we adore them so much that their birthdays or ‘big days’ become a reason for celebrations for us. And when it comes to star kids such as Inaaya Naumi Kemmu, every ‘growing up’ activity of hers make our heart flutter! (Do Read: Sara, Ibrahim, Taimur Ali Khan And Inaaya Naumi Kemmu's Throwback Pics Prove The Uncanny Resemblance)

Inaaya Naumi Kemmu was born to Soha Ali Khan and Kunal Kemmu on September 29, 2017, and it was only later when her first picture was unveiled. We all couldn’t stop gaping at the grey-eyed beauty! Inaaya had recently celebrated her second birthday and is slowly growing up towards being one of the prettiest star kids on the block. Understanding our love and adoration towards Inaaya, her star parents always keep on posting glimpses that are enough to make our dil go all hmmmm!

Inaaya Naumi Kemmu Poses Like A Pro As She Was Snapped With Mom Soha Ali Khan, Pics Inside Today, October 29, 2019, you will spot Indian brothers with a teeka on their foreheads, applied by their sisters. Kunal Kemmu too is celebrating the festival with his sister and a video posted by him has his sister sing the pious Gayatri Mantra as she does her star brother’s aarti. When she finishes, Inaaya is seen intrigued by the same and replicates her bua by singing a few lines from the Gayatri Mantra with utmost perfection! The video took our hearts away and the same was captioned by Kunal as “Here’s to spreading light this Bhai Dooj #happybhaidooj.”

This is not the first time when Kunal Kemmu has posted something so heart-warming. On May 25, 2019, Kunal’s birthday, the doting daddy had taken to Instagram and posted a video of his darling daughter, Inaaya Naumi Kemmu singing happy birthday for him on a xylophone. In the video, as Inaaya sings for her daddy, she was seen breaking into jigs of laughter, as she constantly says “Happy birthday papa”! The caption that Kunal had written suggested that no gift was greater than the same, “The Best Best Bestest Birthday Gift Ever!!!”

On Father’s Day 2019, Soha Ali Khan had posted a video on Instagram that had made us all watch it on repeat! The doting mommy had shared a slow-motion video in which Kunal Kemmu had sprung baby Inaaya Naumi Kemmu in the air, as she returned to him, giggling with joy! Sharing the video, Soha had written, "The wind beneath my wings #happyfathersday @khemster2." (Must Read: Kareena Kapoor Khan And Taimur Ali Khan Twin In Boots, Setting The Mother-Son Style Quotient High)

Kunal Kemmu has been working in films since he was a child. Don’t you want to know if the doting daddy has similar plans for his baby daughter, Inaaya Naumi Kemmu when she grows up a little more? Revealing the same sometime back, the Go Goa Gone actor had shared in an interview with the Mid-Day, “I don't want to take decisions on my daughter's behalf. I want her to do everything she likes. All I want to do is give her access — let her read, act, travel and do whatever she hopes to. I want to stand on the sidelines and support her every decision. I don't want to transfer my aspirations to her. She has started walking and can say the word 'blue'. She is training us to be parents.” 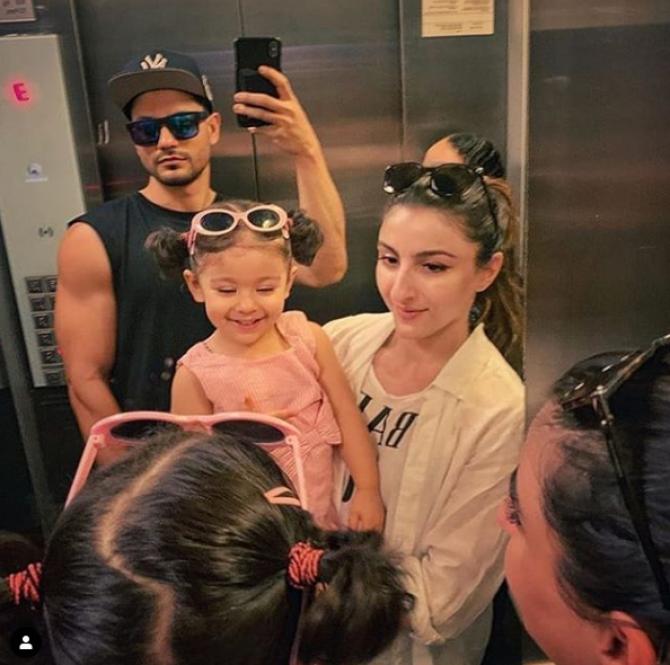 Even her mommy, Soha Ali Khan too, shares similar views when it comes to what she would want her daughter, Inaaya Naumi Kemmu to be when she grows up and had stated in an interview with the Hindustan Times, “Whether she wants to be a full-time mother, astronaut, actor, or architect, I will support her. I want to give her a good foundation and be involved in her life. I want to teach her my values. And then, ultimately, I want to be able to help [make] her dreams come true.” 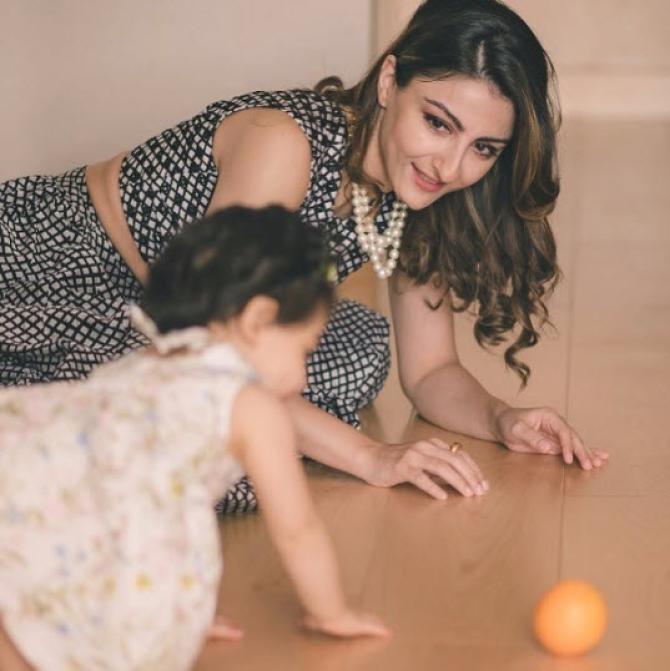 Further sharing if parenthood has evolved her or hubby, Kunal Kemmu as a person, Soha Ali Khan had shared in an interview with the IANS, “Yes, I think separately and together. A marriage evolves and adapts to a new person being an integral part of your life.” The doting mommy had further added, “And independently also, I am the youngest in my family, I have never been responsible for anyone else, I’ve never had to look after anyone, I have never changed a diaper or fed someone or made someone sleep or been around someone so vulnerable. So it really is a life-changing experience.” (Also Read: Kajol's Daughter, Nysa Devgn's Amazing Transformation This Diwali Made Internet Go Gaga Over Her) 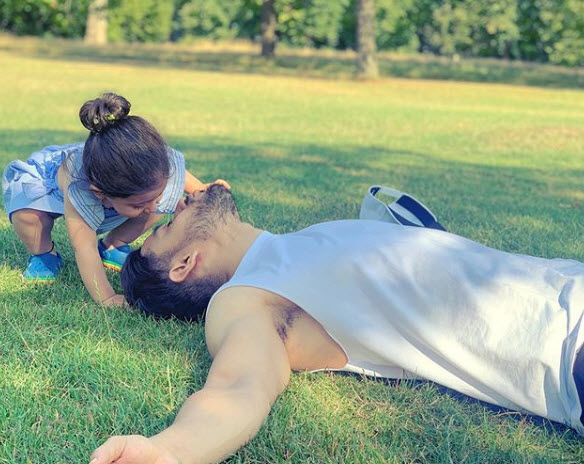 Guys, how did you like Inaaya reciting the Gayatri Mantra with so much perfection? Keep us posted!