After a long time, B-town's most adorable cousin duo, Taimur Ali Khan and Inaaya Naumi Kemmu are back to spread their joy and happiness around.

Having an elder brother is indeed the greatest thing a girl can ever imagine! Nobody can ever match up being a companion in your life, that he is. He’s the strongest person you’ll ever know, and being with him makes you stronger too. When someone asks, ‘Don’t you think life would be better being a single child?’, we just smile because they have absolutely no idea how much they’re missing out on! He would love you unceasingly and boundlessly. Like you love him! Not only because you share a bloodline, but also because you share a bond. We bet when Soha Ali Khan and Kunal Kemmu’s soon-to-be two-year-old grey-eyed angel, Inaaya Naumi Kemmu would vouch for the same when she’ll grow up. (Also Read: Shahid Kapoor's Daughter, Misha Twins With Her Best Friend, Mommy, Mira Kapoor Clicks A Perfect Pic)

Blessed with the good looks and royalty in their genes, Taimur Ali Khan and Inaaya Naumi Kemmu in one frame are a visual treat. All thanks to the tumults of fan pages and the latter’s parents’ social media handles, we get to see these little bundles of cuteness, every now and then. We can’t forget the moment when a social media pop up from Soha Ali Khan’s Instagram handle had made us all go ‘awww’. It was Taimur and  Inaaya's carpool picture which was truly heart-melting. In case you have forgotten, which we are sure you didn’t, take your time to relive that ‘awww’ moment again: 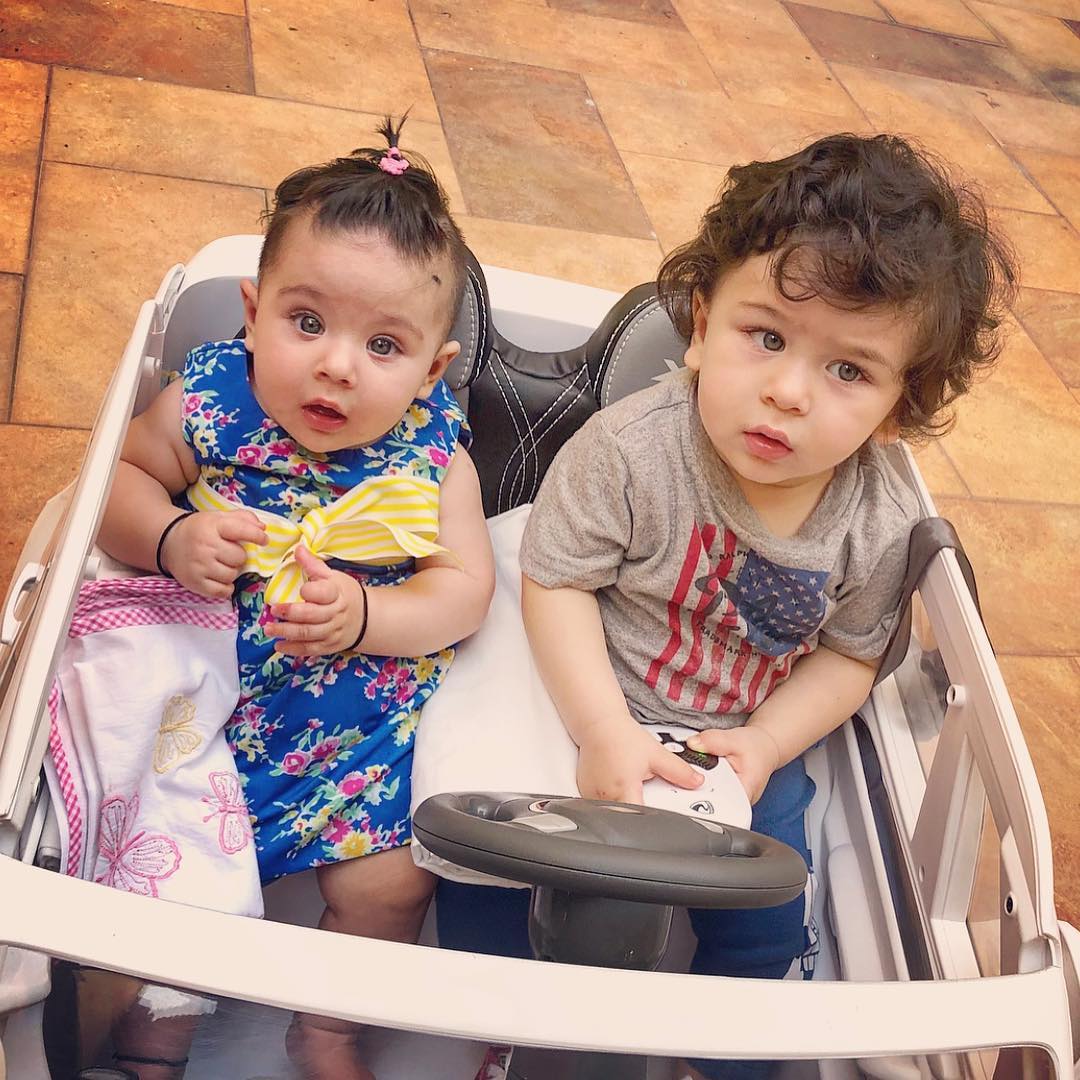 After a long time, B-town’s most adorable cousin duo, Taimur Ali Khan and Inaaya Naumi Kemmu are back to spread their joy and happiness around. While Taimur has been enjoying his holiday time in London with parents, Kareena Kapoor Khan and Saif Ali Khan since the past two months, recently his cousin, Inaaya too headed out for a vacation with Soha Ali Khan and Kunal Kemmu in London too. Soha posted a slo-mo video on her Instagram story of her daughter, Inaaya excitedly running in the park, to meet her brother, Taimur, after such a long time. Sharing a most endearing moment of the brother-sister duo after they met, Kunal captioned it with their nicknames, "Tim & Inni". While baby Tim could be seen donning a blue t-shirt with white and blue-striped lowers, his little sister, Inni looked adorable in a white t-shirt and blue denim with her hair tied in a cute bun, as they walked together hand-in-hand. Check out Tim and Inni's reunion moments: 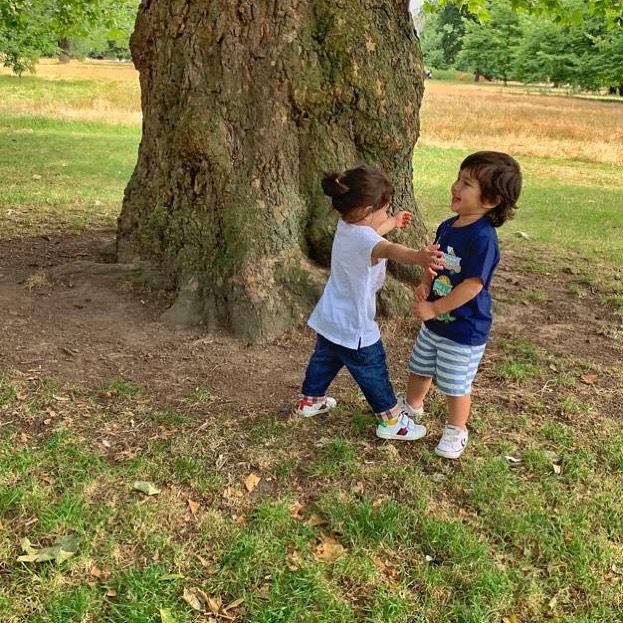 A day back, another video of Inaaya went viral on social media wherein the little one was seen enjoying her vacation to the fullest. What we loved the most in the video was that for the first time ever, we got to hear Inaaya speak and callout the bird! (Also Read: Neha Dhupia And Angad Bedi Post An Adorable Family Moment With Daughter, Mehr On 8-Month Birthday)

Even Karisma Kapoor had posted a glimpse of their #FamJam from London diaries, on July 18, 2019. Karisma took to Instagram and shared a family picture with sister, Kareena Kapoor Khan, kids, Samaira Kapoor and Kiaan Raj Kapoor, mommy, Babita and not to forget, her super-adorable nephew, Taimur Ali Khan who looked away from the camera as he sat on his pram. Posting the picture, Karisma had captioned it with two hashtags that said it all “#famjam #londondiaries.” In 2018, Saif Ali Khan, Kareena Kapoor Khan, Taimur Ali Khan, Soha Ali Khan, Kunal Kemmu and Inaaya Naumi Kemmu had gone on a family vacation to the Maldives, and the Tum Mile star had made sure to update all fans about the whereabouts of their holiday. In a one-of-a-kind picture shared by Soha, you could spot the entire brigade of gorgeousness chilling at the pool with their babies. Soha had captioned the picture as, “Make a splash! @discoversoneva #discoversoneva #familygoals”. Speaking about the first time when Taimur Ali Khan had gone to see his cousin, Inaaya Naumi Kemmu, Soha Ali Khan had recalled, “We took Inaaya to meet Taimur in his nursery and that's when they were both awake. They looked at each other for the first time. We tried to take a picture where there was Kareena holding Taimur and me holding Inaaya and we tried to get one picture where all of us are looking somewhat human and decent. I don't think we could. We have one picture where Inaaya is looking somewhere else but at least the rest of us are looking normal. It's difficult with babies but they're still coming into their own which is a little bit older. Maybe, her first birthday is when they will be able to interact a little bit more.” About the striking resemblance between Taimur Ali Khan and Inaaya Naumi Kemmu and their age difference, Soha Ali Khan had continued, “They look a bit like each other. They are cousins after all. He’s her elder brother. Hope he will protect her in the near future. Bhai and I have an 8-year age difference. But Taimur and Inaaya will only have a year’s. I hope they grow fond of each other as they grow up, become best friends. Of course, Taimur is a little older so he will always be the elder brother to Inaaya, protective about her.” (Also Read: Chhavi Mittal Reveals When One Should Not Smile Back At Their Baby, Talks About Baby Sleep-Training) What could be a better way to start the weekend than getting a glimpse of royal brother-sister duo, Taimur and Inaaya? Have a happy weekend, guys!