We all fell in love with Ileana D'Cruz when she debuted opposite Ranbir Kapoor in Barfi!. Since then, this damsel with the perfect dove eyes has starred in a string of movies (more down South actually).

Other than the hits (and of course her flawless acting skills), one thing which is admirable is her honesty and openness about her relationship. 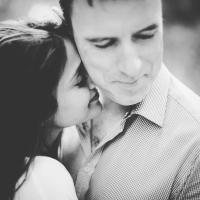 Unlike other Bollywood celebs who either indulge in too much of PDA or outrightly deny even if they are in a relationship, Ileana never shied away from acknowledging and even accepting her relationship with Australian photographer, Andrew Kneebone.

Before she started dating this handsome photographer, Ileana was in a relationship with a man who cheated on her. 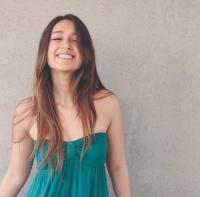 You may like: 8 Yummy Bollywood Mummies With Their Adorable Kids

In a candid interview with a leading daily, Ileana said:

“When I was cheated on, instead of going away, I went back to him (her ex-boyfriend). I told him that we should start afresh. I can’t give anyone advice, but it all depends on how you feel about that person. It’s in our nature to cheat.” 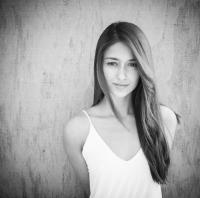 She also mentioned what her father once told her:

“A long time ago, my father had told me, ‘You are never going to find a man who will always be faithful.’ I don’t know if I completely believe him. All I know is that I am realistic when it comes to time, age and having your heart broken.”

But looks like, now this beautiful actress has finally found the man. She posts adorable pictures with her bae every now and then on her Instagram account, and we must say, they both look so good together. This one pic that’s driving everyone nuts is the Mills and Boons pose that she struck with Andrew. There’s something so romantic that it’s going places, virtually, we mean!

Here’s ‘the’ pic. Charming it is, right? 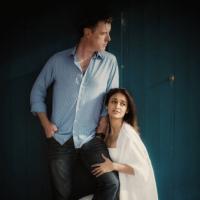 Though her Instagram is not filled with Andrew’s photos but every time she puts one up, the captions are so high on romance and beautifully reveal the love she has for Andrew! Here are a few photos of these lovebirds which are just so how on couple goals. Start scrolling:

Must Read: 14 Famous Television Actors Who Found Love In Foreigners

This was clicked at the premiere of Happy Ending: 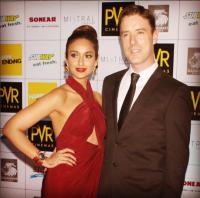 This is how she captioned it:

"Last night with my strength, my support, my everything. I'm so glad I had you by side."

You Make Like To Read: Zaheer Khan And Sagarika Ghatge Are Officially Engaged Now

This when she was missing him. *collective aww* 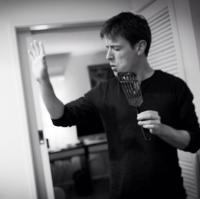 "I miss this man so much! Yes this is how gorgeous he looks when he's cooking!! #HeIsAmazing #yesheserenadesmeinthekitchen #misshimlikecrazy #canhardlywaittoseeuagain"

Must See: The Latest Bridal Photo Shoot Of Ileana D’Cruz Is A True Representation Of The Modern Day Bride

It's not just Ileana who shares such lovely captions, Andrew does his bit too. Check this picture below and the caption especially, the last line is the best! 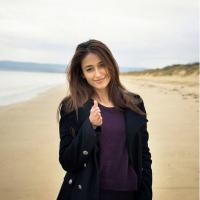 "Sometimes a simple photo is best. This is a photo, on a beach in winter in one of the best kept secrets in the world.. Swansea Tasmania. I could comment about how the lines all draw to the subject, how the colours are muted to it doesn't distract from the subject, how this was taken on my all time favorite point and shoot the Fuji X100. But none of that matters because when I look at this photo all I see is her beautiful eyes."

Recommended Read: 16 Things All Women Wish Their Men Would Do Without Being Told

They both as a couple have quite a charismatic equation. 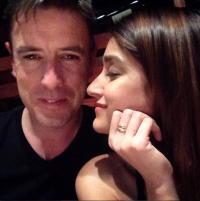 This is how Andrew wished Ileana: 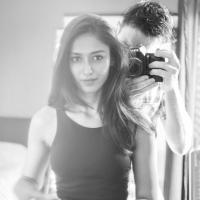 "Happy Birthday my darling! I hope you have a truly wonderful day, because you deserve absolutely nothing less. I love you!!!!"

These two lovelies are so much in love, we can't wait for them to exchange their wedding vows. Here's wishing Ileana and Andrew all the happiness in the world. For more updates on your favourite celebs, stay tuned with us.

Next Read: Did Anita Hassanandani Just Shared The 'The Good News' We Have Been Waiting To Hear? Find Out