Even after so many years, 'Hum Aapke Hain Koun' is still everyone's favourite Bollywood wedding movie for uncountable reasons. Here are some hidden facts about this iconic film!

In recent years, one trend that is getting a lot of attention in Bollywood is wedding movies, which have succeeded effortlessly in giving us some seriously unrealistic expectations for our own weddings. But the film that had played a vital role in the emergence of wedding movies in India is Sooraj Barjatya's Hum Aapke Hain Koun. On August 5, 1994, Sooraj Barjatya's film, Hum Aapke Hain Koun, premiered in the iconic 1200-seater single-screen theatre, Liberty Cinema in Mumbai. The film that had changed the fortunes of Bollywood celebrities, Madhuri Dixit and Salman Khan, at that time.

The early reviews of the film were extremely disappointing, and the elite reviewers of that time even claimed that it is going to be a box-office disaster. But just like today, even at that time, movie critics weren't aware much of the audience's taste and expectations. Hence, the entire industry was stunned when Hum Aapke Hain Koun became one of the highest-grossing films of all time. However, there are some interesting facts about the film that are unknown to many people, even after so many years.

Recommended Read: 8 Bollywood Divas Who Are Real Life Princesses And Belong To The Royal Family 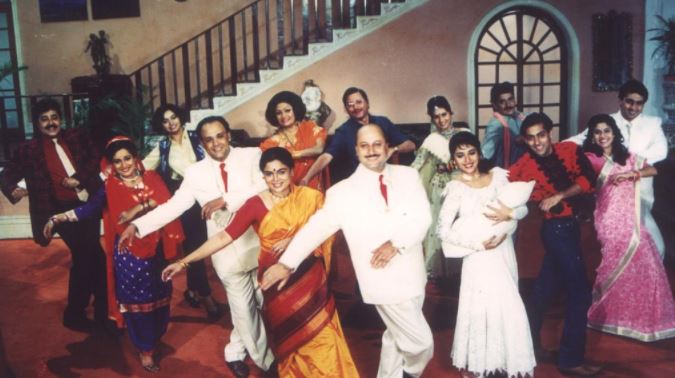 Sooraj Barjatya had spent more than one year and nine months completing the screenplay of his film, Hum Aapke Hain Koun. In the first initial five months, he was inspired by his blockbuster debut film, Maine Pyar Kiya. But after some months, his father, Rajkumar Barjatya, told him to make a reworked version of their production's another low-budget 1982 film, Nadiya Ke Paar. The critically acclaimed director had followed his father's advice, and it had turned out to be quite satisfactory for them. Hum Aapke Hain Koun is one of the highest-grossing films of all time. Talking about the film's budget, it was Rs. 4.5 crores, and the film turned out to be the biggest blockbuster of this modern era. Hum Aapke Hain Koun's box-office collection was around Rs. 135 crores. 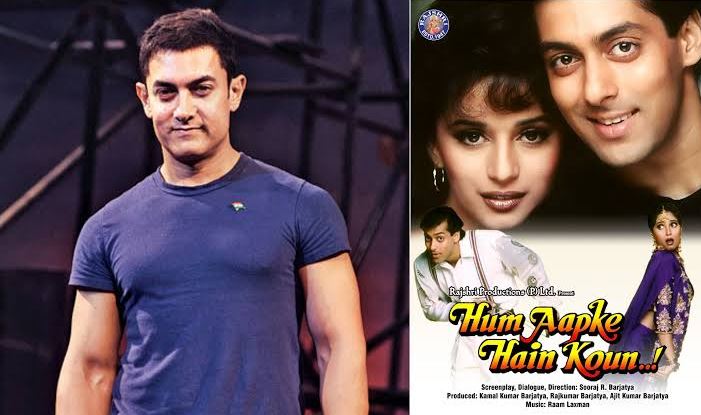 Sooraj Barjatya's first choice for Hum Aapke Hain Koun's male lead character, Prem Nath, was Aamir Khan. However, the latter was impressed with the film's script and had rejected it. After which, the director had decided to go with Salman Khan, who was struggling in his career at that point in time. The film not only revitalised Salman's career but had also made him every Indian girl's dream boy. Once in an interview with a leading media portal, late Indian artist, M.F. Hussain had revealed that he had watched Hum Aapke Hain Koun 85 times. He had also stated that it is one of his most favourite films. Legendary Indian singer, Lata Mangeshkar sang 11 songs in the film, Hum Aapke Hain Koun. But, it was her song, Didi Tera Devar Deewana, that simply broke the music records at that time. 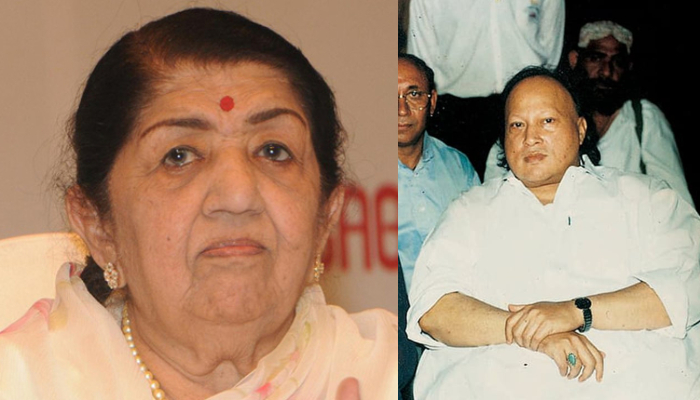 The singer had grabbed numerous trophies and accolades for her impressive song, after which Filmfare had presented the Filmfare Special Award that year to Lata Mangeshkar. According to The Times Of India, the hit song was inspired by the late Ustad Nusrat Fateh Ali Khan's song, Saare Nabian.

You May Like: Unseen Video Of Amitabh Bachchan Returning Home From Hospital, After Being Declared Clinically Dead Sooraj Barjatya had released his film in selective theatres, keeping in mind the audio and visual experience. As a result, most of the old cinema theatres across the country had invested a lot of money in order to upgrade their sound and visual quality. It was surely a magnificent feat in the emergence of good quality theatres and the success of multiplexes in India. 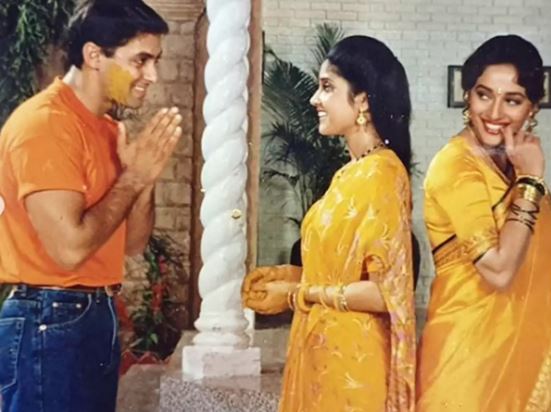 Salman Khan and Madhuri Dixit's blockbuster film, Hum Aapke Hain Koun, still holds a special place in the hearts of every cinema lover. The craze of the film was such massive that it was later on dubbed in Tamil. 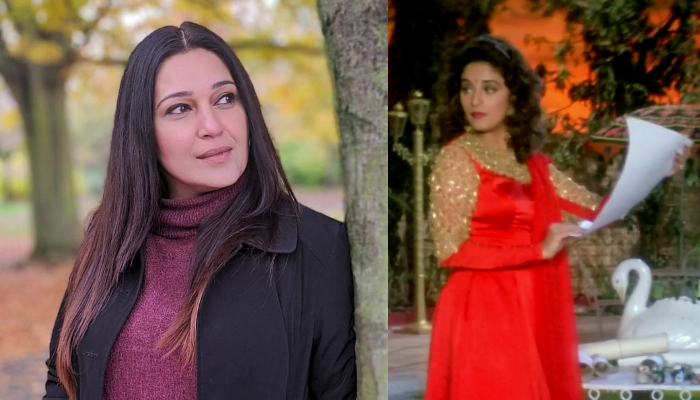 When Sooraj Barjatya was searching for an actress that suits his character, Nisha Choudhury, in Hum Aapke Hain Koun perfectly, the first actress that had come into his mind wasn't Madhuri Dixit. Instead, she was Niki Aneja. However, the latter couldn't say 'yes' to the film's offer for some unknown reasons.

Also Read: Saif Ali Khan Had Borrowed Rs 100 From Ex-Wife, Amrita Singh When He Was 20 Years Old, Here Is Why 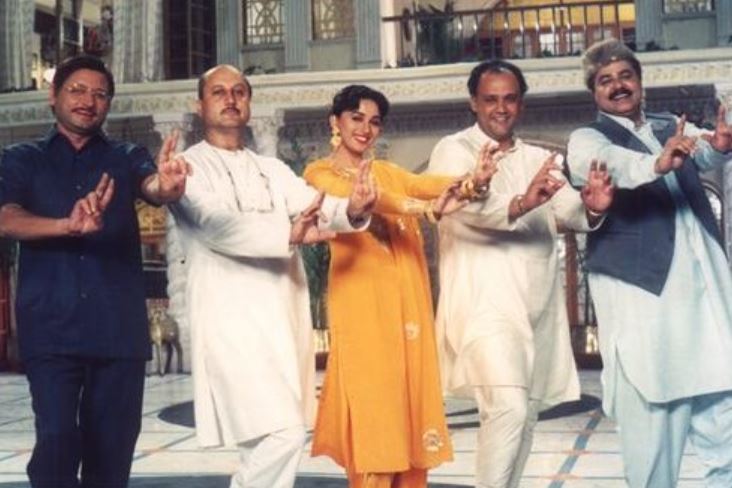 The soundtrack of Hum Aapke Hain Koun was extremely successful upon release, becoming the best selling Bollywood soundtrack of the year 1994. Another feather in the film's cap is the fact that it was one of the top four sellers of the 1990s, with 12 million units sold. A few years ago, Planet Bollywood had also ranked the film's soundtrack on the number 29 in the list of all-time best Hindi soundtrack. 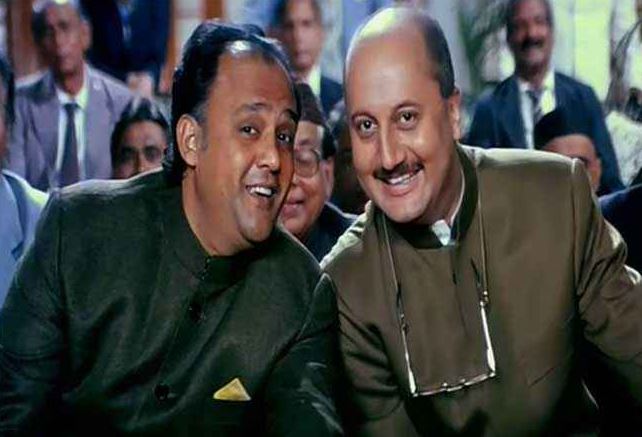 During the filming of Hum Aapke Hain Koun, iconic actor, Anupam Kher had suffered from facial paralysis, but despite not taking rest as per the doctor's directions, the actor had completed his shoot. A glimpse of which can be seen in the film. To hide his facial paralysis condition, the film's makers had transformed his role with Dharmendra's drunk scene in Sholay. 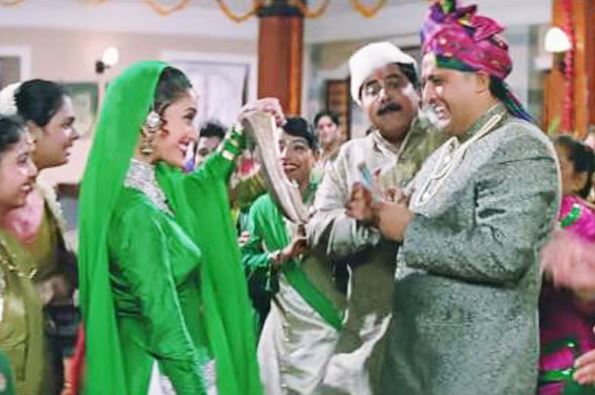 One of the film's biggest strengths was the fact that the makers of the film had presented all the Indian wedding ceremonies and traditions with sheer discipline and perfection, which made people fall in love with this film. After the film's release in Nepal, the song, Jute Lo Paisey Do, set the trend of joota chupai rasam in the country. Isn't it beautiful? It took four-long-years to complete the film's shoot, which was in Ooty. But one thing that wasn't finalised even at the latter stages of the film's production was the film's title.

#13. The debate over the film's title 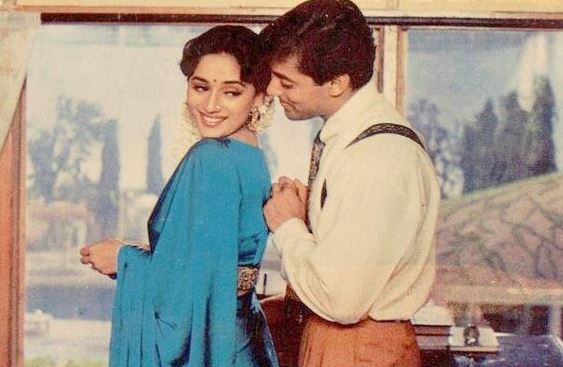 Sooraj Barjayta's grandfather, and the company's founder, late Tarachand Barjatya, loved one of the film's song, Dhiktana, so much that he nearly gave the film that title. But in the end, everyone had agreed for the Hum Aapke Hain Koun.

#14. Madhuri was paid more than Salman 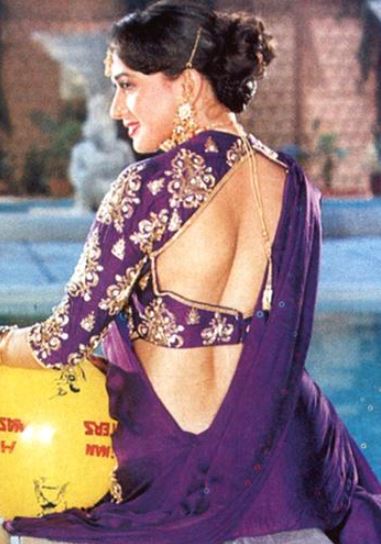 Bollywood actress, Madhuri Dixit was paid a total salary of an estimated Rs. 2.7 crores for portraying the character of Nisha in the film. Also, Madhuri's bright purple jaded satin saree with a backless blouse that had created a storm across India was reportedly worth around Rs. 15 lakhs. Bollywood actress, Madhuri Dixit had reportedly adopted the four-legged Spitz dog that increased the cuteness quotient of the film after the completion of the film's shoot.

So, these were some fun and hidden facts about one of the greatest Indian wedding films ever made.

Next Read: When Shamita Shetty Had Gone Into Depression After Her Sister, Shilpa Shetty Had Married Raj Kundra