Who says love can only happen once? Sometimes, someone can be lucky in love the second time. 'Hate Story 4' fame, Karan Wahi seems to have found love again in a London based girl, Uditi Singh.

Do you know what is the best feeling in the world? It is to find your soul mate! There is always one person with whom you don’t have to put efforts to be happy, it comes naturally and effortlessly. Your partner will motivate you to achieve your goals, guide you in difficult situations, support you when in need and will always be by your side as a pillar of strength. You meet many people in your everyday life, but the moment you see that special someone, your heart will skip a beat and you will realise that you have found your soulmate! (Recommended Read: Veteran Actress, Asha Parekh Ji Shares Her Experience Of Never Getting Married And Not Regretting It)

One day someone will walk into your life and will make it a better place to live in and the same thing has happened with television’s handsome hunk, Karan Wahi. Gone are the days when love was confessed through handwritten letters but now is the time of social media. Everything from confessing your love to making it official is done on the internet. Changing your Insta bio and Facebook status from ‘single’ to ‘taken’ are considered signs of making your relationship with your partner official. And we also came to know about Karan’s newfound love through their social media handles.

Karan Wahi Praises His Mom For Losing 18 Kgs At The Age Of 62 Despite Hypothyroid, Check Out

Karan Wahi Finds An Innovative Way To Take Pictures With Girlfriend, Uditi Singh Amidst The Lockdown

On November 30, 2019, Karan Wahi took to his Instagram handle and shared a picture with a mystery girl and captioned it as “Happy people. Happy picture @uditisinghh.” And it was not only the pretty picture and caption that caught our attention, but the comments from Karan’s friends from the industry were also enough to make us more curious to know about the mystery girl, Uditi Singh. And we checked Uditi’s Instagram, she also shared a picture with Karan with the same background of a train and captioned it with a simple heart. And now do we need any more proofs that their brewing romance may soon be official.

When you are madly-in-love with someone, the smile on your face is enough for people to understand your relations. While scrolling through Uditi Singh’s Instagram handle, we stumbled upon many happy memories that she has shared with Karan Wahi and trust us they are adorable! A mere look at Karan and Uditi will make you fall in love with them and their uncanny chemistry. From sharing love-filled pictures to capturing each other's randomness, they are just cute! In one of the Uditi’s previous Insta stories, she had shared a picture of herself wearing a locket with initial ‘K’ and had captioned it with a heart. Her Instagram is filled with their mushy pictures and simple captions. Here are some for you:

In 2017, Karan Wahi was dating a fashion photographer, Jinita Sheth and the duo never shied away from confessing their love in public. More than her relationship with Karan, Jinita was in the headlines for her previous relationship with the actor, Ali Merchant. Karan and Jinita’s Instagram handle were filled with their mushy pictures. Initially, the duo had kept their relationship under wraps and it was only on Valentine’s Day 2017, that Jinita had made their relationship official by sharing an adorable picture of the duo and had captioned it as "This brat! #Valentine2017 #HesMyLobster." (Suggested Read: Varun Toorkey Posts An Adorable Picture With Rumoured GF, Surbhi Jyoti, With A Cryptic Caption) In an interview with the Hindustan Times, Karan Wahi had made his relationship official and had also talked about Jinita’s previous relationship with Ali Merchant. He had seemed to be quite upset with all that was being written about Jinita and Ali and had said, “I am dating someone and everyone is aware of who she is. All I want to say is that the girl, who I am dating, her identity is beyond her ex [boyfriend] or my ex [girlfriend]. I feel that it’s important to put an end to this.” The estranged couple even rang in the year 2017 together in Goa. 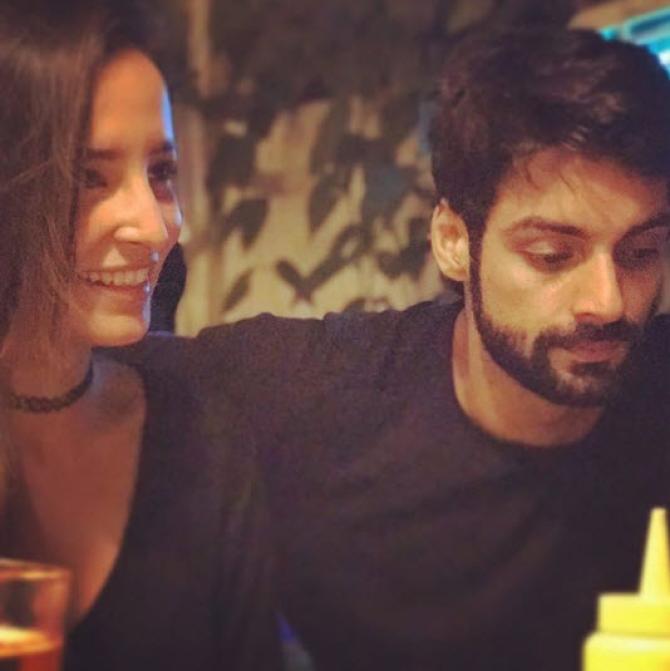 On Jinita’s birthday, just like a doting boyfriend, Karan had planned an amazing birthday surprise. Below is the picture that Jinita had shared while blowing candles and having cake on her birthday. The caption is what again grabbed many eyeballs. She had written, “Wooopie woop! When my man gets it right #Everytime | I promise to be a better planner #NothingWithoutYou @imkaranwahi Thankyou #2017birthdayMemories with #JackAndJin so proud of you @imkaranwahi #PremiereNight #18thApril2017.” But it was later reported that the duo had parted ways and have not been in talking terms. (Must Read: Saif Ali Khan Gave A Hilarious Reply To Wife Kareena's Question On The Show 'What Women Want') Well, we can’t wait for Karan Wahi to make his relationship official with Uditi Singh! 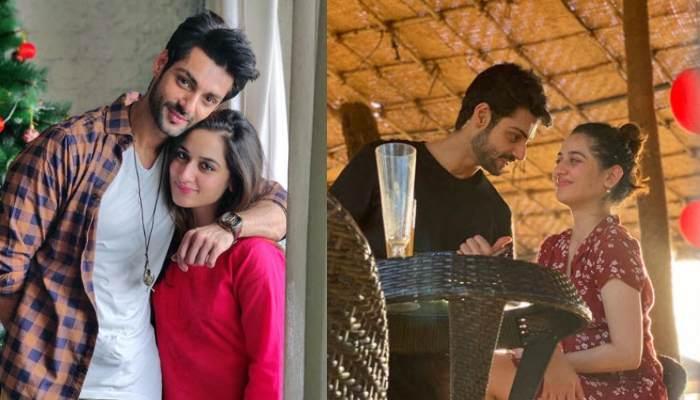 Emotions are a valuable source and it should not be wasted on somebody who is not worth it. Being in a relationship is all about finding that right person, who makes sure to hold you back whenever you fall, catches every single teardrop of yours and assures you everything is