Hardik Pandya's son, Agastya Pandya steals hearts as he greets the shutterbugs. Check out the video!

Indian cricketer, Hardik Pandya hails from a middle-class family, and apart from his record-breaking strikes on the field, he is also known for his fashion quotient. He had reportedly met his ladylove, Natasa Stankovic, at a nightclub and got bowled by her personality. It was New Year 2020’s eve when the cricketer popped the million-dollar question to Natasa on a cruise. And obviously, she said yes!

Soon after tying the knot in May 2020, the couple pleasantly surprised their fans by announcing their pregnancy within two months of marriage on July 30, 2020. From being crazy lovers to responsible parents to their sunshine, Agastya, the couple has grown stronger with every passing day. Ever since Agastya’s birth, we have witnessed the motherly side of Natasa, which is too adorable for words. Now, in a recent video, Natasa is seen on a shopping spree with her baby boy, and Agastya’s reaction to the paparazzi stole our hearts in split seconds. Check out!

Recommended Read: Rajkummar Rao Reveals How He Learnt About Mom's Demise, Adds He Had To Go Back On Sets Next Day 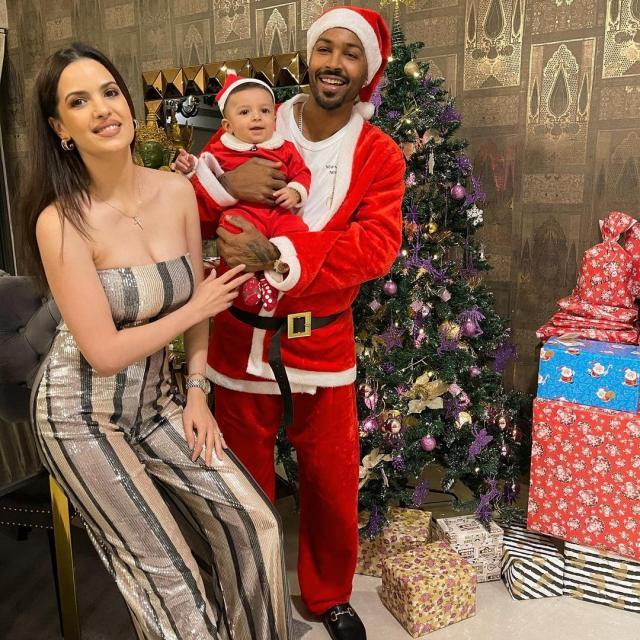 On July 13, 2022, we stumbled upon a video shared by a paparazzi account featuring Hardik Pandya’s beautiful wife, Natasa Stankovic and their kid, Agastya. The mother-son duo is seen going on a shopping spree together. In the video, we can see the doting mom making goofy faces to make her son, Agastya laugh a bit. Then, as they came out of Adidas, the little munchkin waved at the shutterbugs adorably. And just like his father, Agastya was seen donning a trendy outfit. He wore a black sweatshirt paired with printed shorts and trendy sneakers. On the other hand, Natasa looked pretty in casual wear. Check out!

Earlier, we had seen some cutesy glimpses of how Agastya is a cricketer in the making. On May 17, 2022, Natasa had taken to her IG stories and shared a video of Hardik Pandya and Agastya. In the video, the father-son duo was seen playing cricket inside their home. However, what swooned our hearts was the fact that Agastya copied his daddy's signature pose while hitting the ball, and it was too cute. Atop it, Natasa had penned:

Hardik dotes on his family and never fails to fulfil his duties. From spending special occasions with Natasa and their little one to taking them on holidays, Hardik is a true-blue family man. On September 16, 2021, the cricketer had taken to his IG handle to share some adorable pictures from his family time in Abu Dhabi. The pictures were clicked at St. Regis Saadiyat Island Resort in Dubai. The family of three could be seen rejoicing their time at the beach while enjoying the sunset. Posting the pictures, Hardik had captioned them as: 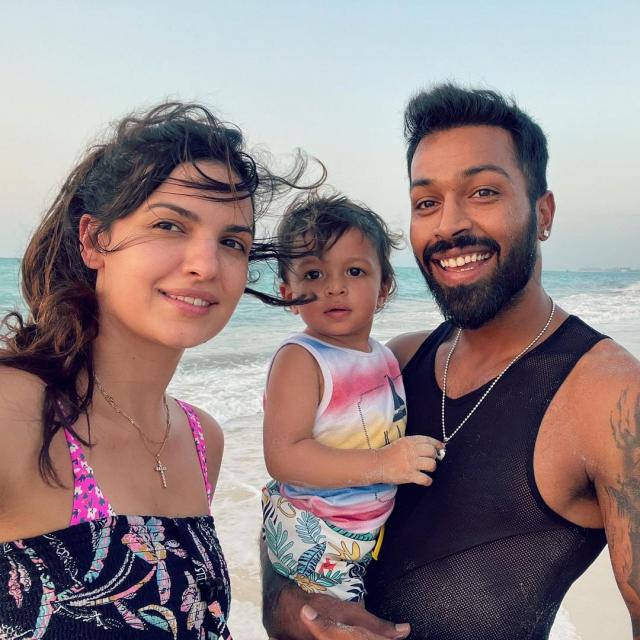 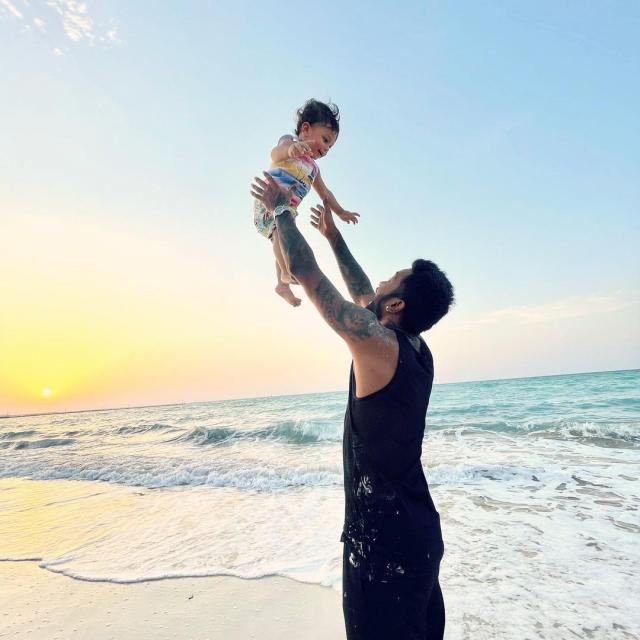 We love how Agastya greeted the shutterbugs like a star! What about you?

Next Read: Gaurav Taneja Reacts As Zomato Trolls Him, Says 'Want To Plan A Surprise For Wife's Birthday'