Virat Kohli took a hilarious dig at Hardik Pandya playing carrom with his brother, Krunal Pandya in the comments section and we're practically ROFLing! Scroll down to know more!

With cricket nowhere to be seen in the near future, Indian cricketers are using this time to engage in favourite hobbies, be it cooking or teaching their wife some cricket on their massive terrace! Indian cricket's poster boy, Hardik Pandya is in the news again, as he posted a picture of him playing carrom with his brother, Krunal Pandya. What's interesting is, Virat Kohli took a hilarious dig at him in the comments section and we're practically ROFLing right now! (Recommended Read: Irrfan Khan's Son, Babil Pens A Note Reflecting Spiritual Journey Of Dad And Sushant Singh Rajput)

Cricket is a religion in India and cricketers are highly popular. So much so, that cricket fanatics are always eager to know what's going on in their favourite cricketers' lives. Apart from matches and interviews, there is one place fans love to see their favourite cricketers in action is social media and each other's comment sections. And cricketers too, don't disappoint their fans by engaging in fun social media banters every now and then. Today we've brought to you one such fun antic between Hardik Pandya and Virat Kohli. Scroll down to know more! 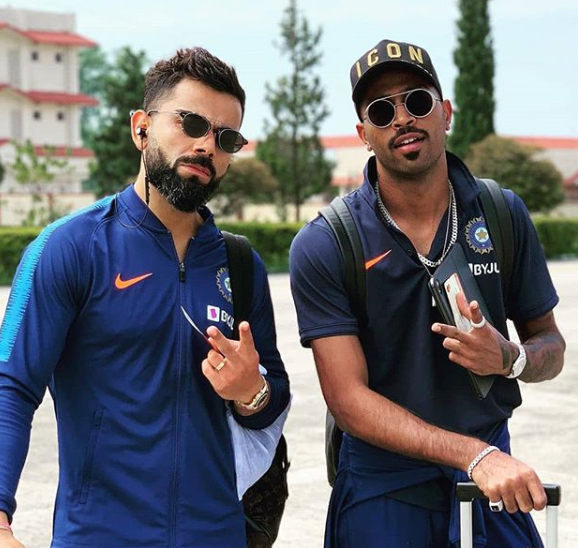 Recalling the good old times, Hardik Pandya took to his Instagram handle on June 24, 2020, and shared a picture of him, indulged in a game of carrom with his boys. While Hardik can be seen in a stance of the game, his elder brother, Krunal can be seen sitting on the other end, in deep thought. Hardik captioned the fun picture as "Nothing like a great game of carrom with my brothers. Brings back a lot of memories #PandyaBrothers." An interesting twist came when Indian cricket team's captain, Virat Kohli took at a dig at him and commented, "Waiting for your turn or trying to intimidate Krunal first? Haath board par aur aankh krunal par." Check out the picture and the screengrab of the comment below: 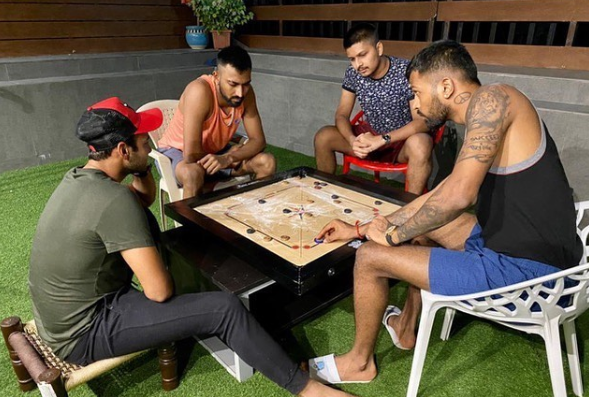 Updating on all the things Hardik Pandya is catching on during this lockdown, here's an interesting one. The all-rounder had donned a chef's hat as he had tried his hands at cooking. How did that turn out? Well, we'll tell you once we get to know! On June 22, 2020, Hardik Pandya had taken to his Instagram handle and had posted two pictures for his fans to inform them of the new skill he’s mastering in the lockdown. In the first picture, he could be seen wearing glasses and cooking something in the kitchen. While in the second picture, we could see the picture of a kadhai that has cheese butter masala, cooked by our talented cricketer-turned-chef. Hardik had captioned the pictures as “Never too late to try your hand at learning something new. Chef duties at the Pandya household Swipe for the dish PS dish is cheese butter masala.” (Also Read: Shehnaaz Gill Talks About Her Dream Man, Sidharth Shukla And Their Relationship Post-'Bigg Boss 13') 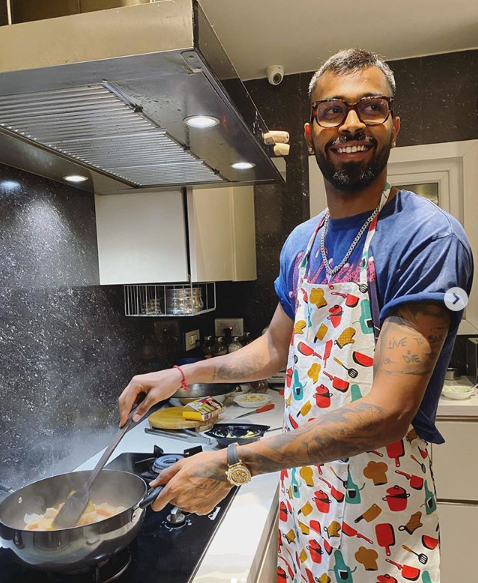 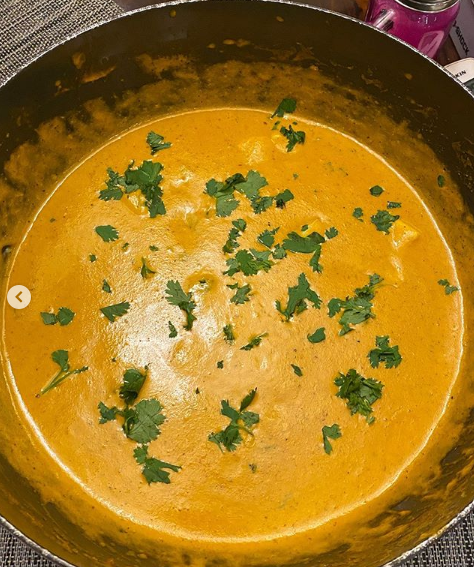 On the occasion of Father's Day, Hardik Pandya had shared a sweet then-and-now picture with his father, and his brother, Krunal Pandya, and had written a heartfelt wish in the caption, reflecting on the presence of 'constants' in his life. His caption could be read as "Amazing how time flies and the one thing that remains constant is the love and support of your father. Thank you Papa for all the sacrifices you have made for us. I will forever be grateful and will try and do whatever I can to keep a smile on your face! Happy Father’s Day." Check out the picture featuring little Hardik and Krunal below. (You May Also Like: Dipika Kakar Bakes A Cake For Parents-In-Law's Anniversary, Her Nanad Saba Is All Praises For Bhabhi) 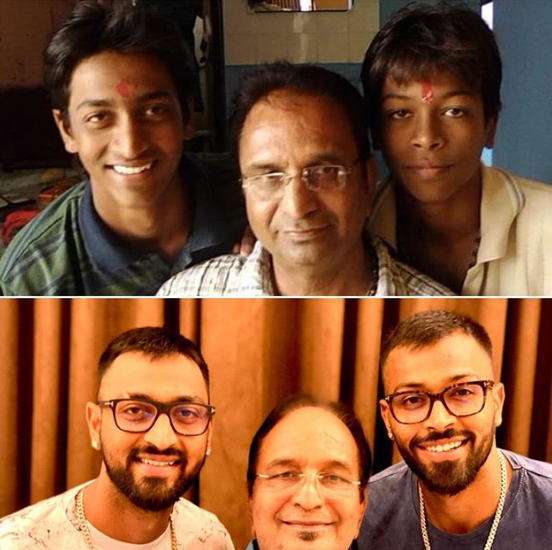 What skills have you mastered in this lockdown?