Hansika Motwani got married to the love of her life, Sohael Khaturiya on December 4, 2022. However, the lovely bride gets emotional as she performs the 'bidaai' ritual.

Hansika Motwani tied the knot with her long-time beau, Sohael Khaturiya in the late evening on December 4, 2022. The couple opted for a destination wedding, and took their nuptial vows in the 450-year-old, Mundota Fort and Palace, Jaipur. As the couple took their relationship to the next level, the internet has already become full of amazing glimpses from their nuptials.

Scrolling through our social media, we just came across a priceless video of the bride, Hansika, as she performed the bidaai ritual. Customary to an Indian wedding, Hansika could be spotted moving ahead with her hubby, Sohael by her side, while she threw handsful of rice over her head to her mother’s dupatta. As this ritual marks the new beginning of a girl, as she moves away from her parental home to a new home, Hansika could be seen getting emotional as she performed the ritual.

Sometime earlier, we got our hands on a priceless glimpse from Hansika and Sohael’s wedding after-party. As the party was casino-themed, we could spot the newly wedded husband and wife, looking their gorgeous best in glamourous western outfits. While Hansika opted for a midi-sequined dress, styled along with a leather jacket, Sohael looked dapper in an all-black tuxedo. The after-party turned even more romantic, when Sohael began to sing along to the tunes of the popular song, Kesariya, for his bride, leaving her totally blushed and awestruck at the same time.

Check This Out: Bride, Hansika Motwani Can't Stop Blushing As Hubby, Sohael Sings 'Kesariya' For Her At After-Party

A few hours back, we also spotted the special moment, when Hansika Motwani got her name changed from Ms. to Mrs. Well, during the sindoor moment of the couple, we could spot the groom, Sohael lovingly putting the sacred sindoor on the hairline parting of his bride, Hansika who simply blushed with unbound happiness. 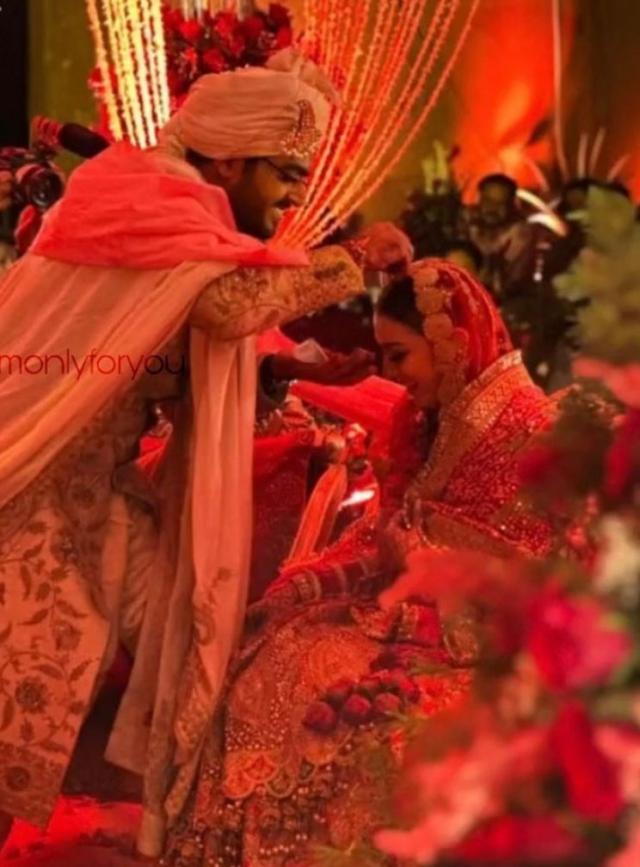 Congratulations to Hansika and Sohael for their new beginning! 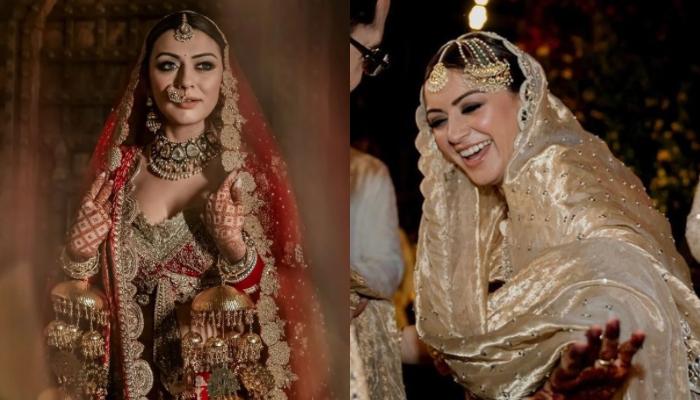 It certainly doesn’t feel like Hansika Motwani, our favourite child actress, is married now. Hansika and Sohael Khaturiya’s royal Rajasthan wedding was just the cap of their year-long relationship. It finally turned into a modern-day fairytale shaadi on December 4, 2022, in the Mundota Fort and Palace. There was a multi-event