As per the latest reports, Hansika Motwani will resume her work a couple of days after tying the knot with her businessman-boyfriend, Sohael Kathuria.

Hansika Motwani’s big day is finally here! The gorgeousness is all set to tie the knot with her longtime boyfriend, Sohael Kathuria, on December 4, 2022. The much-in-love couple will get married in a traditional Punjabi wedding at a 150-year-old palace, Mundota Fort and Palace in Jaipur. As Hansika is going to start a new phase in her life, reports are rife that she will soon get back to her work commitments a couple of days after her wedding.

According to a report in the ETimes, a source close to the actress revealed that Hansika will resume her work soon after her marriage and will shoot for an ad campaign on December 7, 2022. Moreover, the actress also has some other shoots which she has to wind up before her honeymoon. The source was quoted as saying:

“Hansika will be shooting a brand campaign on December 7. She also has quite a few shoots lined up, which she will complete by mid-December, before heading for their honeymoon. She will start shooting for her films again from January.” 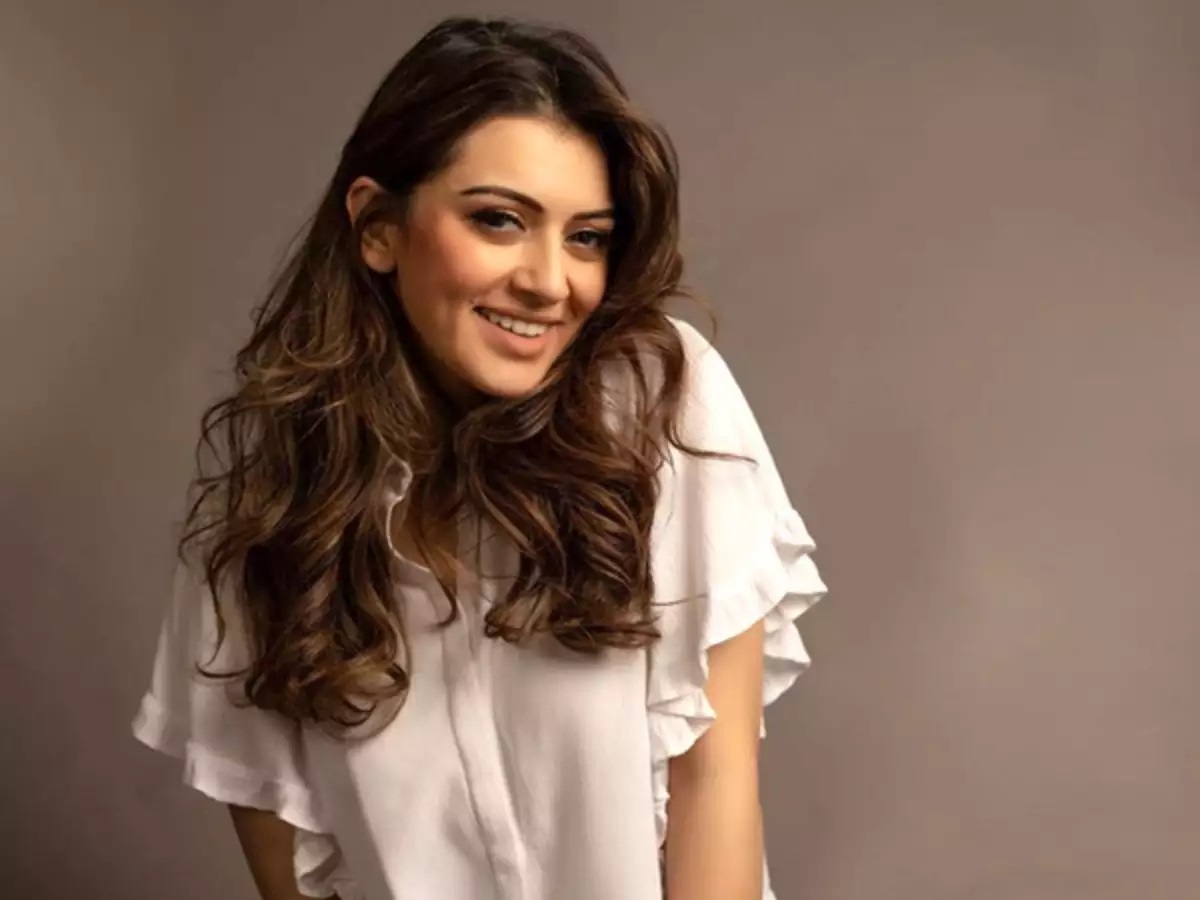 Talking about Hansika's wedding and pre-wedding festivities, the source mentioned that the couple had their haldi ceremony done in the morning and they will tie the knot later in the evening. Sharing details about the same, the source added:

“The haldi took place in the afternoon today, and the pheras will happen later in the evening. They have also planned a casino-themed afterparty to round off the celebrations.” 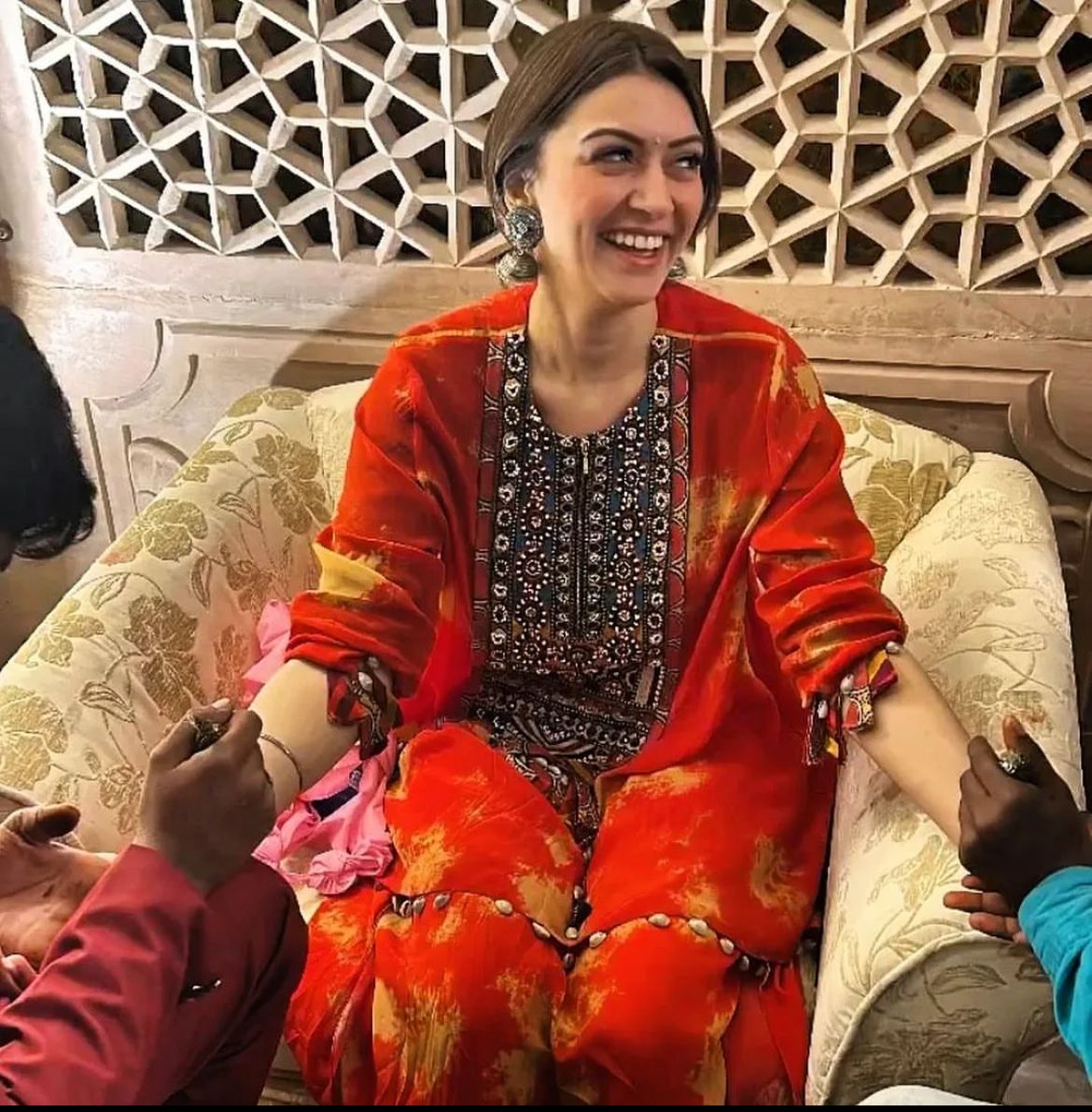 Hansika Motwani and Sohael Kathuria's pre-wedding festivities started with Mata Ki Chowki, after which Hansika enjoyed her bachelorette bash in Greece. Later, the couple jetted off to Jaipur to celebrate the rest of their pre-wedding festivities. Hansika and Sohael lived it up during their mehendi and sufi night. Moreover, Hansika has also invited some underprivileged children, who she has been taking care of for years, to her wedding. 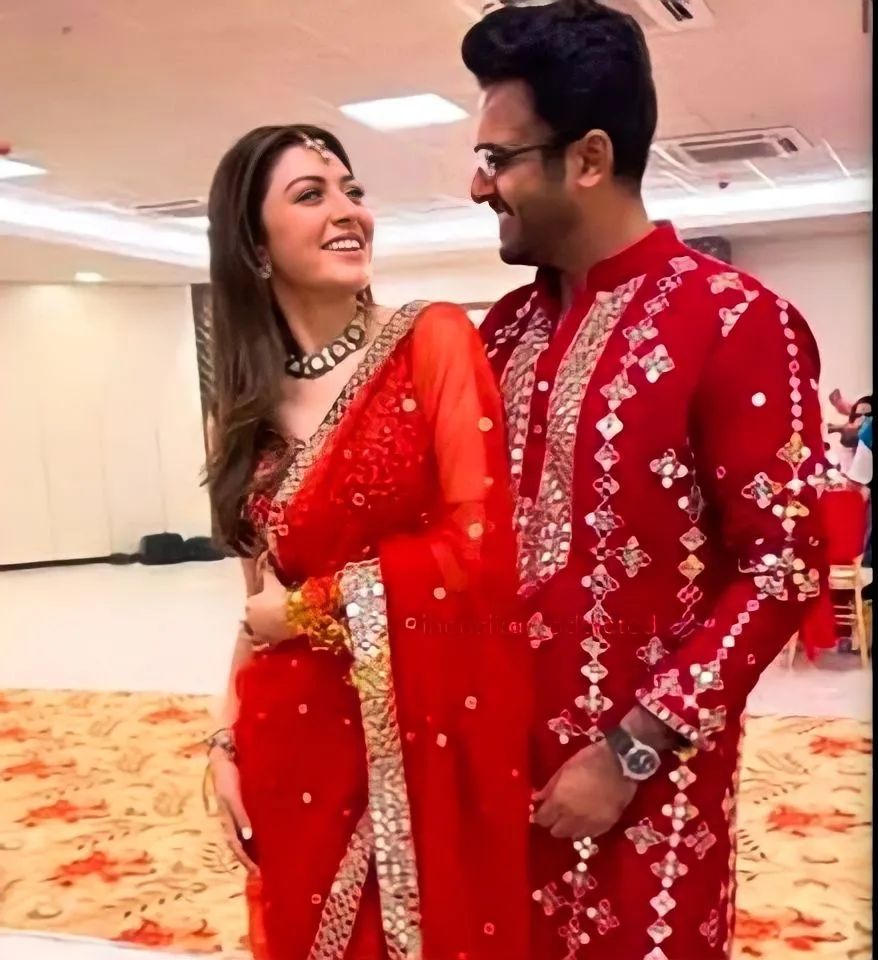 Hansika and Sohael have been enjoying to the fullest and dancing their hearts out at every festivity, and they have stunned everyone with their sizzling dance moves. For instance, on December 3, 2022, we stumbled upon a video of Hansika Motwani and her fiance, Sohael Kathuria shaking a leg at their Sufi night. Complementing each other in ivory-hued ethnic ensembles, the to-be-married couple was seen enjoying their time to the fullest. Indeed, Sohael and Hansika's chemistry was unmissable!

We can't wait to get glimpses of Hansika Motwani's wedding festivities! 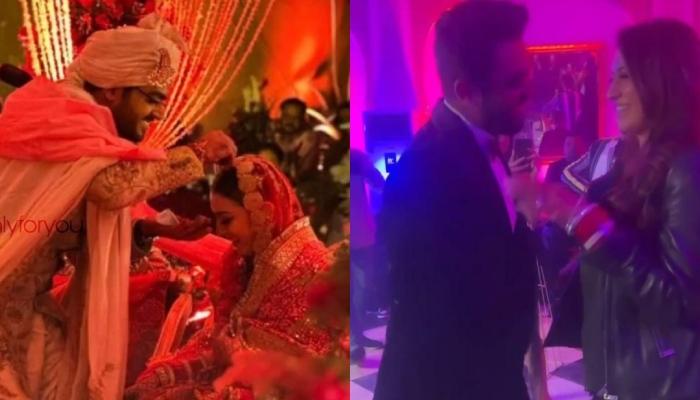 Hansika Motwani tied the knot with her longtime boyfriend, Sohail Kathuria, on December 4, 2022, in a royal wedding. The bride stole our hearts with her dreamy princess look at her wedding, and we couldn't stop obsessing over her. Pictures and videos from the same are all over the internet,