South superstar, Hansika Motwani talked about the reports of her getting married to a businessman in her latest tweet. Check out the details inside!

This lockdown has made our brains vulnerable to being idle and cooking stories. Just like what gossipmongers are doing these days. There are a lot of rumours and speculations involving stars doing rounds on the internet, courtesy to our friends, the gossipmongers. Today we've brought a story of one such rumour! (Recommended Read: Abhishek Bachchan Completes 20 Years In Bollywood, Sister, Shweta Wishes Him A Greater Journey Ahead)

The conjectures around South superstar, Hansika Motwani getting married to a businessman in a few days were getting heat since the past few days. Everyone in the industry and her close friends were confused as to suddenly the reports of Hansika getting married was being published everywhere. Infuriated by these rumours, Hansika Motwani finally took the reigns of the news about her personal life in her own hands and cleared her stand on marriage and courtship. Scroll down to know what did she say! The rumours of Hansika Motwani marrying a businessman in a few days was doing rounds on the internet since quite a few days now. Her fans were eagerly waiting for her to come forward and confirm if there were any reality to this rumours. It seems Hansika was fed up until now, pertaining to these baseless speculations and she poured out her frustration on Twitter. She busted the fake news and commented, "RUBBISH! Omg who is he????" Someone replied to her comment, "Oh my god!!!!! Why haven't you told me yet?" to which, Hansika replied, "Because I also just got to know" followed by laughing emojis. Looks like she Hansika Motwani was pissed off on the bad job done by gossipmongers this time! Check out the screengrab of comments below: 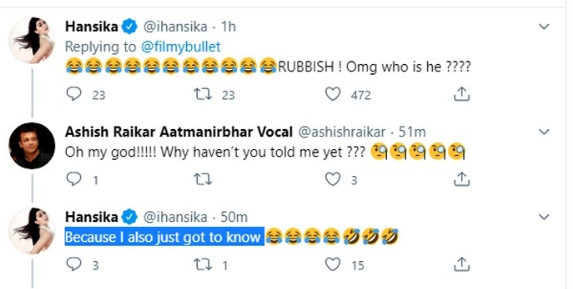 If we don't count this ruckus, then as far as the reports go, Hansika Motwani is single, and even if she is dating someone, she is doing a great job of keeping it under wraps! For the uninitiated, Hansika Motwani was in a relationship with Tamil actor, Simbu in the past. She had confirmed her relationship with Simbu by posting an official statement on her Twitter account, which could be read as "(I have) been hearing many rumours about my personal life, so just want to clear (the air). Yes, I'm seeing STR (Simbu) and hence I wouldn't like to talk about my personal life." Simbu had also confirmed the same and had written on his Twitter handle, "Yes, I'm with Hansika and right now she is doing really good and marriage will be decided by our family. (I) hope you will respect our privacy". Although things hadn't worked out for them and they had parted ways after a few years of courtship. (You May Also Like: Karan Kundra Sends A Strong Reaction To Rumors Of Him Having A Rift With Girlfriend, Anusha Dandekar) 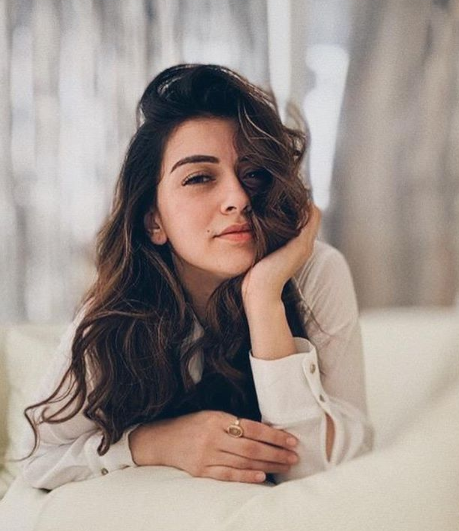 Apart from being one of the most popular actresses of in the South Industry, Hansika Motwani is also a loving sister to her elder brother, Prashant Motwani and never shies away from flaunting her love and affection for him. An instance of which we had seen a while ago when Hansika had taken to her Instagram handle to wish her brother on her birthday by sharing a lovely throwback picture of both of them, from when they were little kids. Her wish in the caption could be read as "Happiest birthday bhaiya. I promise to trouble you all my life. Thank you for always having my back. After posting this picture I can proudly tell people that I get my swag from you! Thank you for always letting me stare at your food and then finishing it! Love you my strength! Finally, your day is ending hope you stop blacking mailing now. Happy birthday stay blessed always." (Also Read: Monali Thakur Admits Being Secretly Married To Maik Richter For 3 Years, Says Nobody Knows Yet) 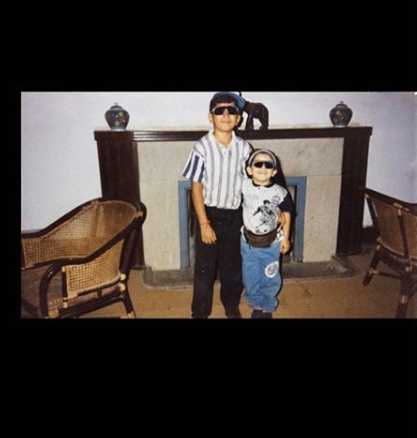 Well, we're eager to know who is Hansika Motwani dating (if she is)!