Today marks the 90th birth anniversary of Geeta Dutt and a rare picture of her with her husband, Guru Dutt will melt your hearts in split seconds. Take a look!

Today is the day when back in 1930, a little baby girl had taken her first breath in a wealthy zameendar family in Faridpur (before the partition of India) and had engraved her name as one of the greatest playback singers of all-time. Yes! We are talking about the legendary singer, Geeta Dutt, who had started her journey as a singer at the age of 16 when she was given a chance to sing in a mythological film, Bhakta Prahlad. Since then, there's no looking back for this humble and supremely talented singer. Geeta Dutt had sung over 1200 songs in her illustrious career, and some of her notable songs are Babuji Dheere Chalna, Ae Dil Mujhe Bata de, Waqt Ne Kiya Kya Haseen Sitam, Mera Naam Chin Chin Chu, Jiyo Hazaro Saal, Ankhon Hi Ankhon Mein, and the list goes on. (Recommended Read: Aishwarya Rai Bachchan Revealed How She Had Reacted When Addressed As 'Mrs Bachchan' For First Time)

Talking about her personal life, it was a little bit dimmer in comparison to her professional success, as her marriage with legendary actor and filmmaker, Guru Dutt was nothing less than a tragic love story of two golden-hearted lovers. Now, on her 90th birth anniversary, a rare picture of Geeta ji with her eternal love and husband, Guru Dutt sahab bought back all the memories of that golden period like a film in front of our eyes. Scroll down to take a look! 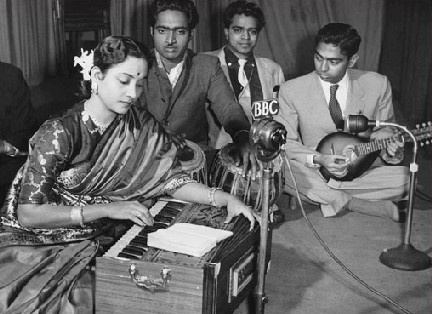 On November 23, 2020, the whole nation is paying their heartfelt tributes to the legendary playback singer, Geeta Dutt on her 90th birth anniversary. While some are sharing mashups of her hit songs, some are talking about her Bollywood-esque love story with her husband, Guru Dutt. However, a rare picture of Geeta ji playing the harmonium and Guru Dutt sahab lovingly looking at her dancing fingers on the keys and also holding their son, who is sitting on his lap has melted our hearts in seconds. The adorable picture is simply a tearjerker for the fans, who are aware of their beautiful love story that had the most teary-eyed ending ever. Take a look: (Don't Miss: When Saif Ali Khan Couldn't Take His Eyes Off His Wife, Kareena Kapoor Khan As They Twinned In White) 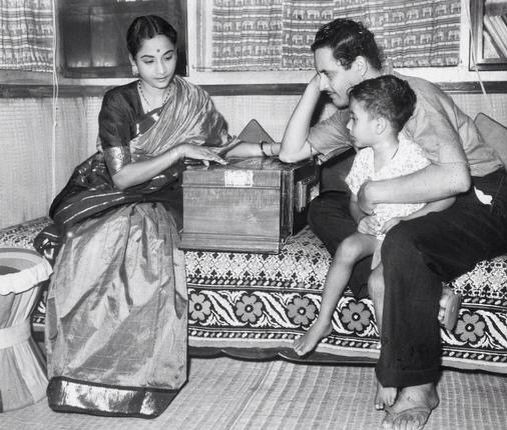 For the uninitiated, Geeta Dutt had met Guru Dutt during the shoot of their film, Baazi, and it was Guru Dutt sahab, who was smitten by her cheerful personality and of course, her melodious voice. But not only him, even Geeta ji too, was in awe of his directorial brilliance. And, as expected, it hadn't taken the duo too long to fall head-over-heels in love with each other. Even though Geeta ji's family was totally against this alliance, the couple didn't pay heed to the opposition and tied the knot in a simple ceremony on May 26, 1953. Soon, the couple had three beautiful children namely, Tarun Dutt, Arun Dutt and Nina Dutt. While Geeta Dutt had chosen to devote more time to her family, Guru Dutt had immersed himself entirely in his work, with hardly any time or energy left to give to his family. By 1950, the news of Guru Dutt being romantically involved with actress, Waheeda Rehman had started doing the rounds, which had further distanced Geeta ji and her children from Guru Dutt. Their financial issues had also peaked up, and they had to vacate their bungalow. While Guru Dutt sahab had shifted to a rented flat, Geeta ji had moved to her parents' place along with their children. On the contrary, Waheeda had also distanced herself from him, owing to his alcoholism, anxiety and depression attacks. After which, on October 10, 1964, Guru Dutt sahab had committed suicide. (Also Read: When Govinda Revealed Why He Had 'Played Dirty' With Ex-GF Neelam By Hiding His Marriage With Sunita) 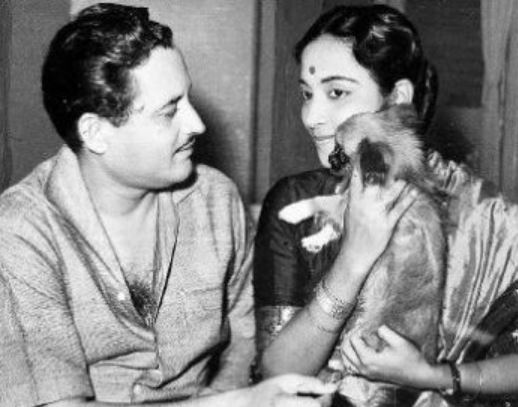 Did you like Geeta ji and Guru Dutt sahab's unseen photo? Let us know!