Diwali is that festival of the year that brings people together, shining and celebrating light over darkness. So, here are a few Bollywood celebrities who have hosted the best Diwali parties till now.

Diwali is the festival of light, happiness, glitters, food, fashion, and definitely some extravagant parties. However, since the Coronavirus outbreak in 2020, we are not witnessing any such gala gatherings but, slowly and steadily everyone is trying to cope with the new times, and people are going out maintaining all the instructions.

Bollywood celeb families love to enjoy parties and do gala get-togethers. Everyone comes all decked up in various extravagant outfits, bearing gifts and mithai ka dabba, and these parties are expected to have all the glitz and glamour in the world. The festive fever is on, and as Diwali is just around the corner, here are a few Bollywood celebrities who have won the title of being the best hosts of the Diwali parties. 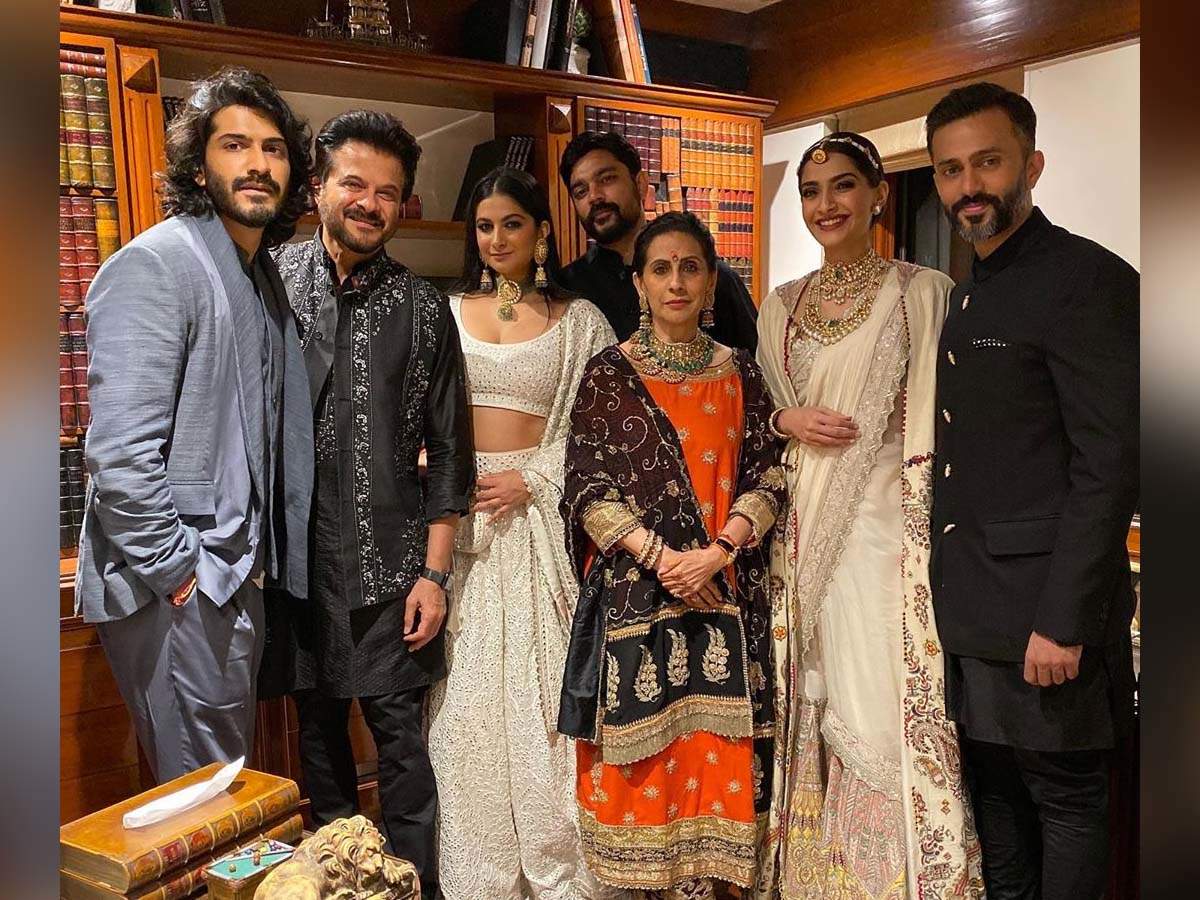 Anil Kapoor's Diwali bash is a full filmy one. In 2019, the clan, including Anil Kapoor, his wife Sunita Kapoor, their kids, Sonam Kapoor Ahuja, Rhea Kapoor, and Harshvardhan Kapoor, and son-in-law, Sonam's husband, Anand Ahuja had appeared wearing all gorgeous ensembles, welcoming others from the glamour world to the extravagant platter of food, drinks, and fun! 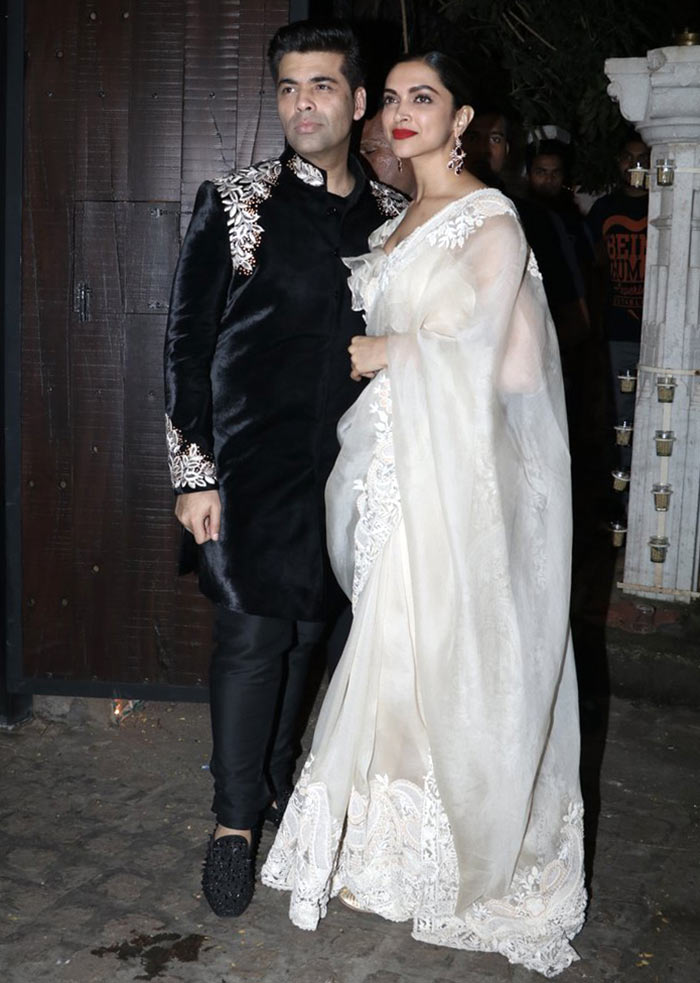 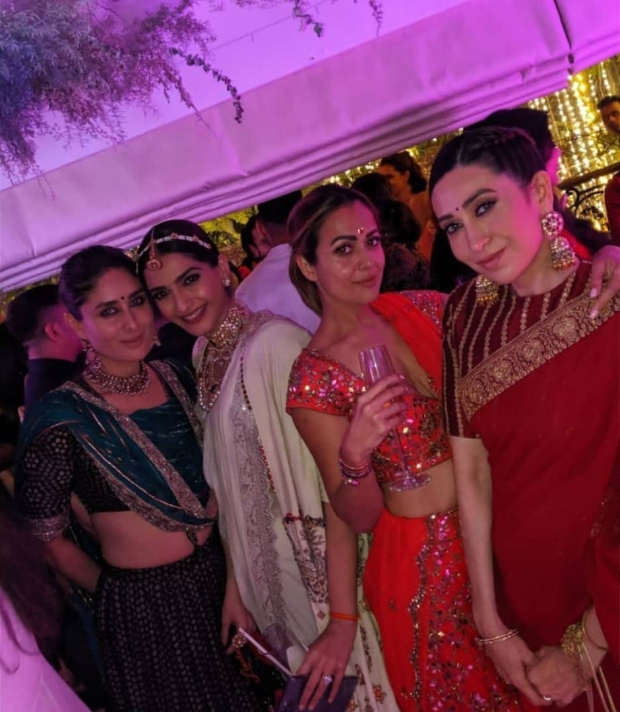 Anil Kapoor organises one of the best Diwali parties in B-Town, and many celebs from Alia Bhatt to Kareena Kapoor to Deepika Padukone were spotted on the dancing floor, enjoying and dancing to the Bollywood playlist. Shah Rukh Khan knows how to party and how to host fun gatherings. One of the hotspots on Diwali has always been Mannat at Shah Rukh Khan's residence. Shah Rukh is one of the most fun-loving hosts of Bollywood, and Mannat's string of food and drinks is loved by most of the megastars of the tinsel town. Shah Rukh Khan and his family had opted for embellished black-themed outfits that went perfect with the festival. SRK and the little one, AbRam Khan had worn black pathani suits, whereas the ladies, his wife, Gauri Khan and daughter, Suhana Khan had opted for embroidered black and blue embroidered lehengas. 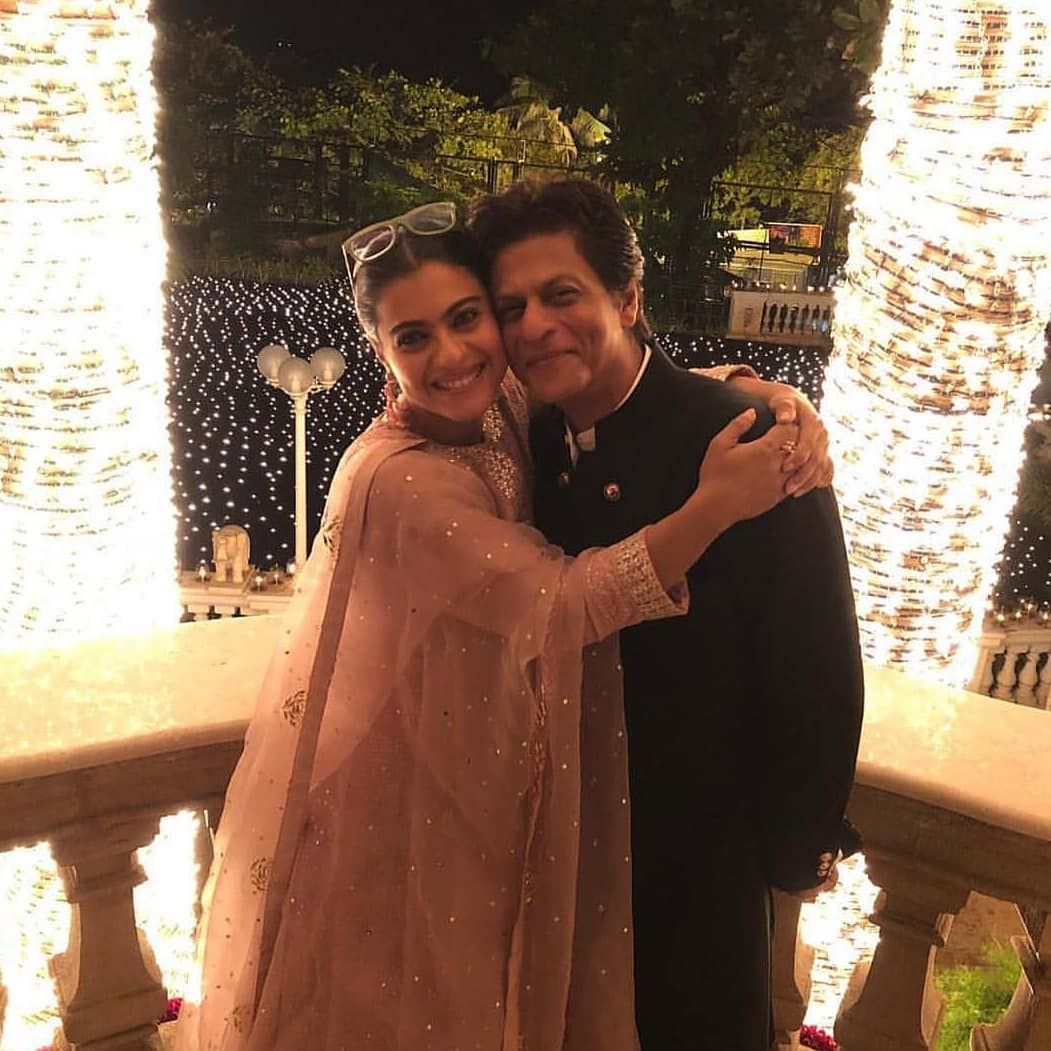 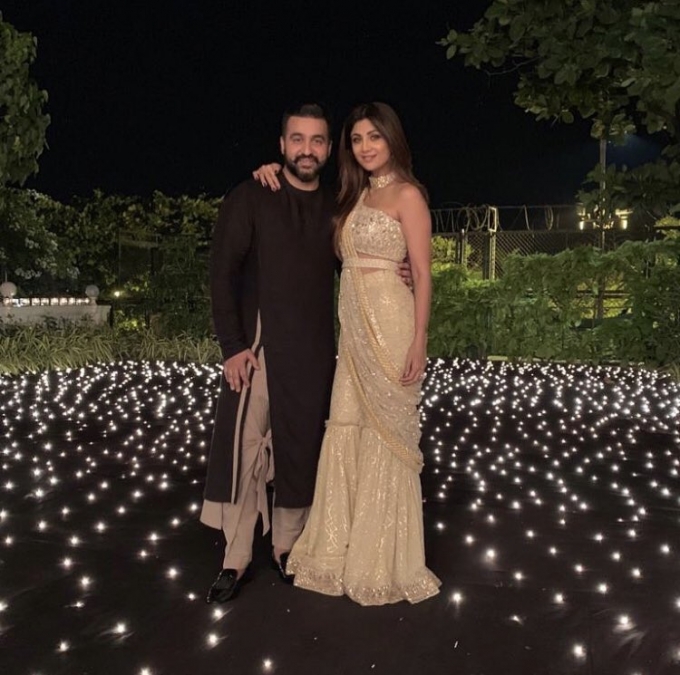 For 2018's Diwali party, from Sonakshi Sinha, Varun Dhawan to Aditya Roy Kapur, Alia Bhatt to Kajol and Shilpa Shetty everyone showed up at Mannat with their best fashion foot forward. Shah Rukh Khan's Diwali party's main attraction has to be the gorgeous decor and lighting with fairy lights that looked as if the stars have come down. 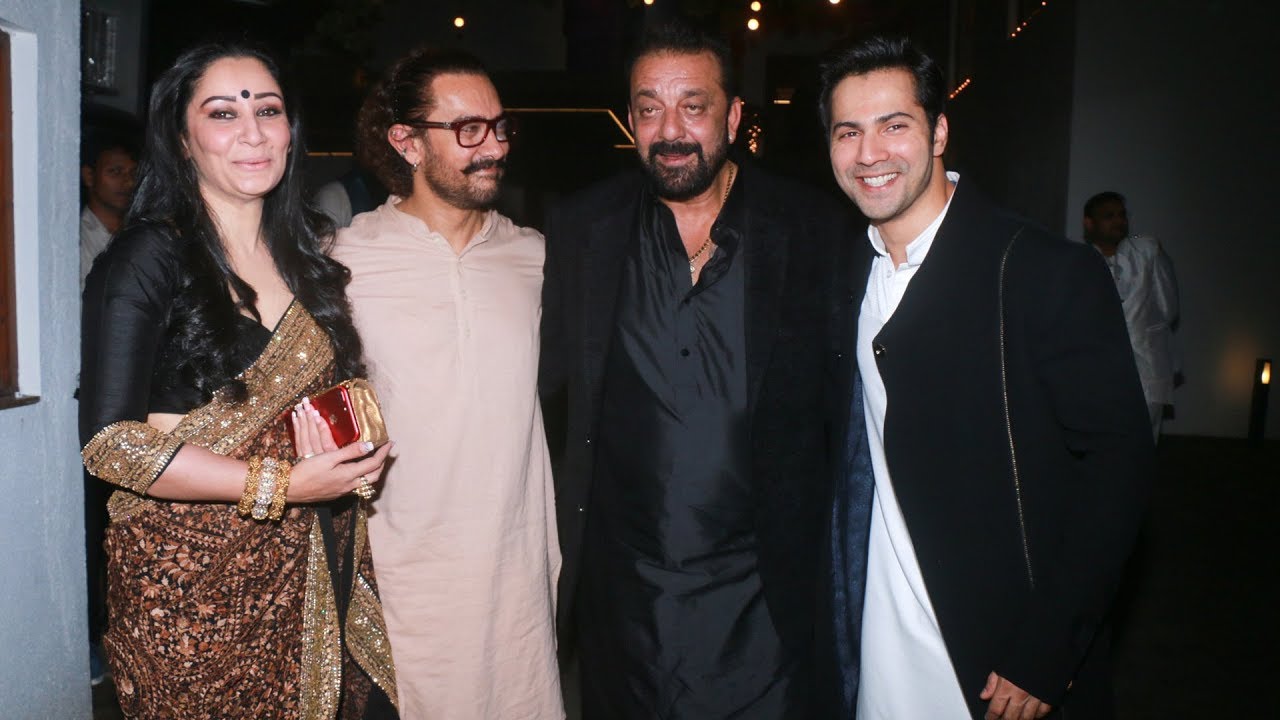 Aamir Khan and his ex-wife, Kiran Rao, used to arrange gala Diwali bashes for their close friends from the Bollywood industry and families. And the most exciting part of Aamir Khan's Diwali parties were the return gifts. He knows how to take care of his guests and share the love that he has for them. 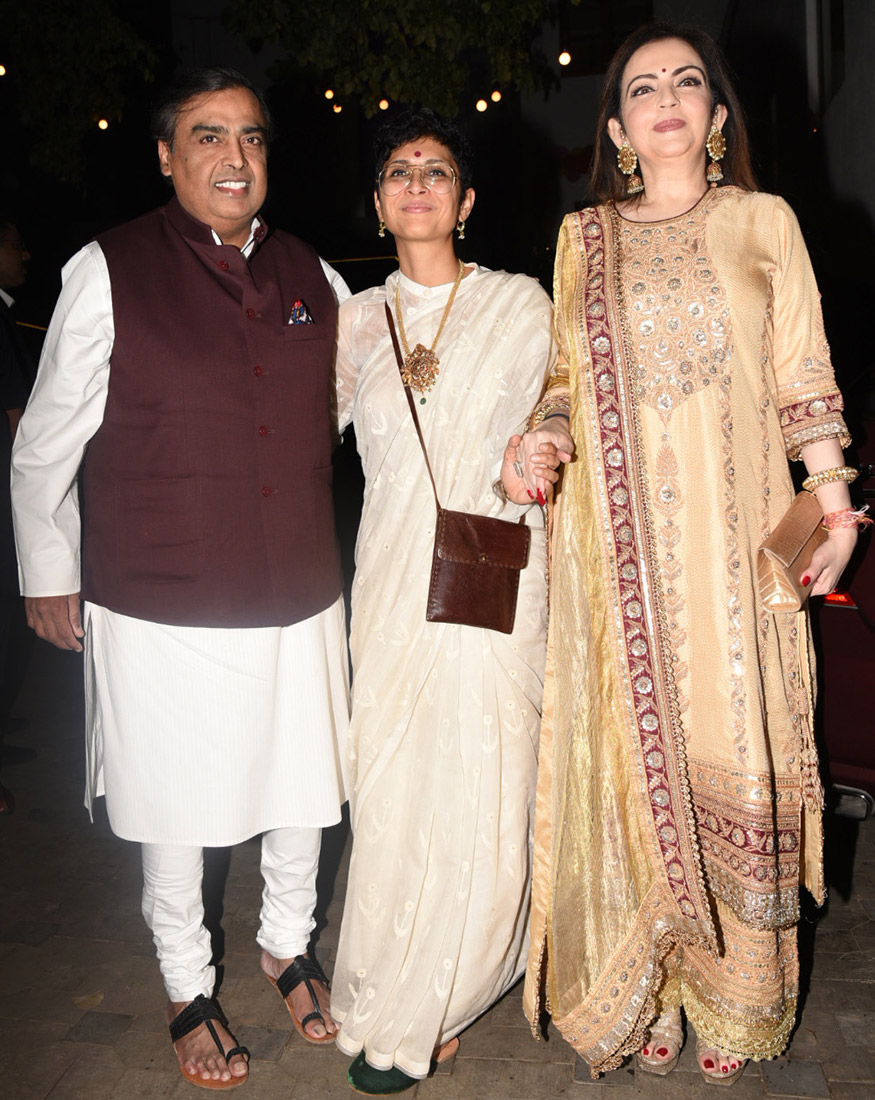 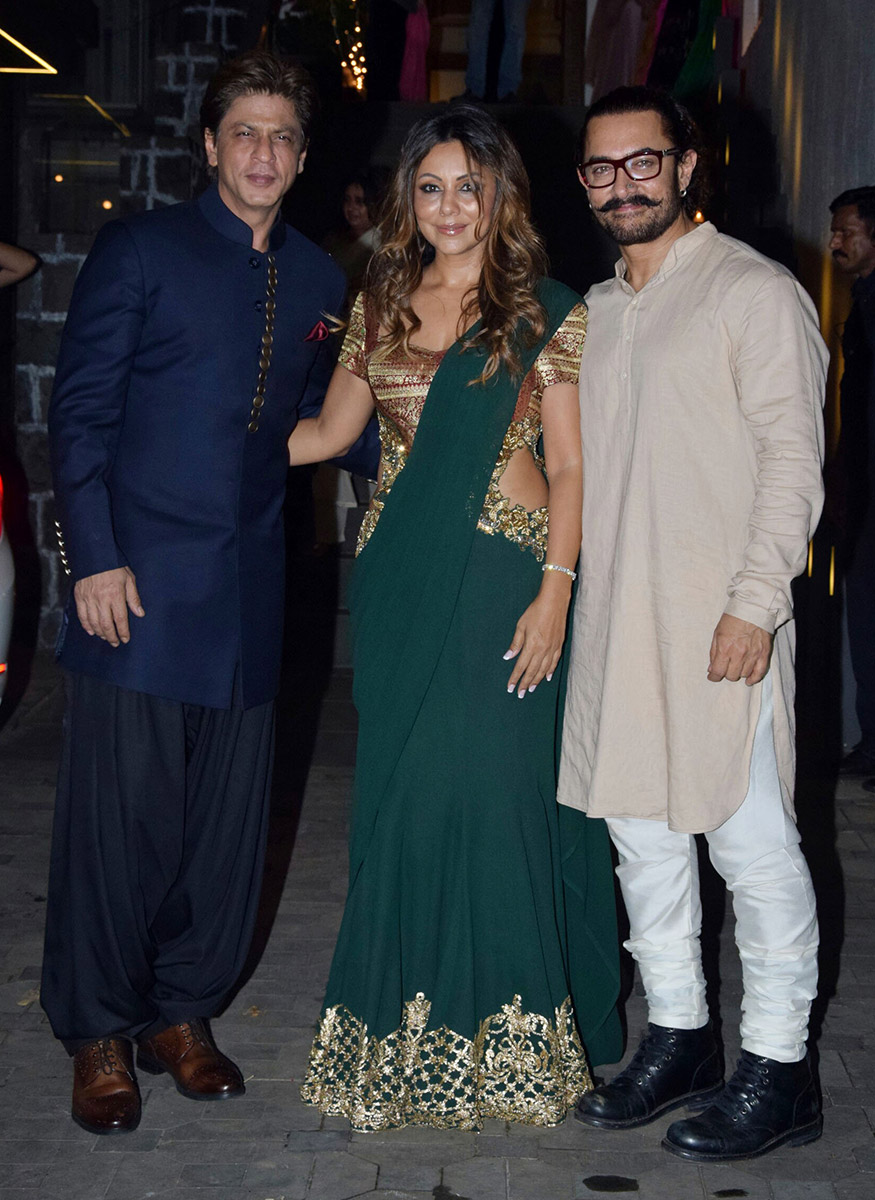 Two years ago in 2019, Kiran and Aamir had thrown a Diwali party, where Salman Khan to Shah Rukh Khan, Sanjay Dutt to Varun Dhawan everyone had arrived at their place looking absolutely gorgeous. The Ambanis also attended the party.

Recommended Read: 5 Bollywood And TV Celebrity Couples And What They Wore On Their First Diwali 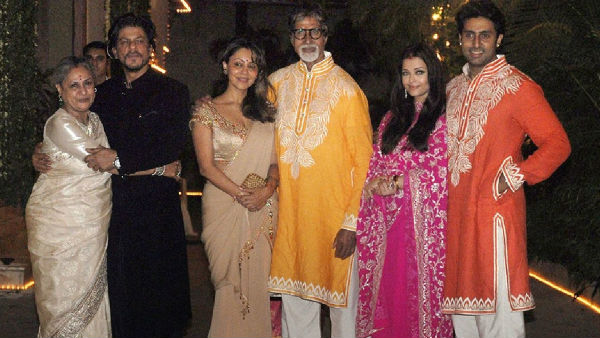 Bachchan family's get-togethers always turn out to be the gala ones. And, on Diwali, it's one of the most extravagant parties of all time. Every year, Amitabh Bachchan and his son Abhishek Bachchan along with their other family members, host a grand Diwali party at their residence. It promises a lot of laughter, good food, great decor, and a lot of posing for pictures. 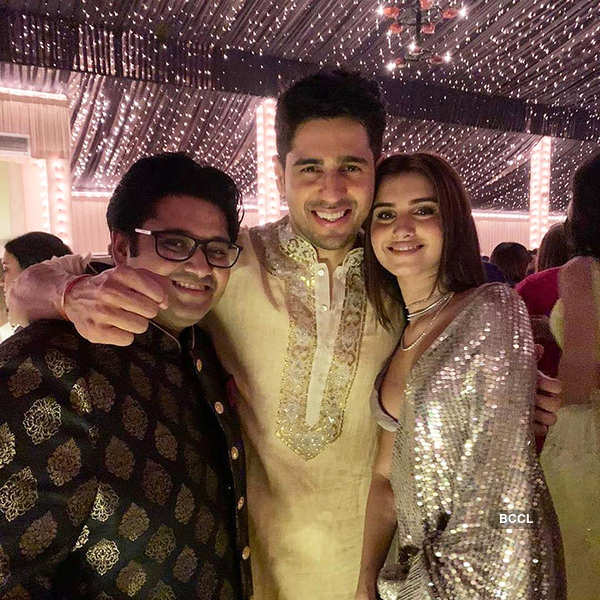 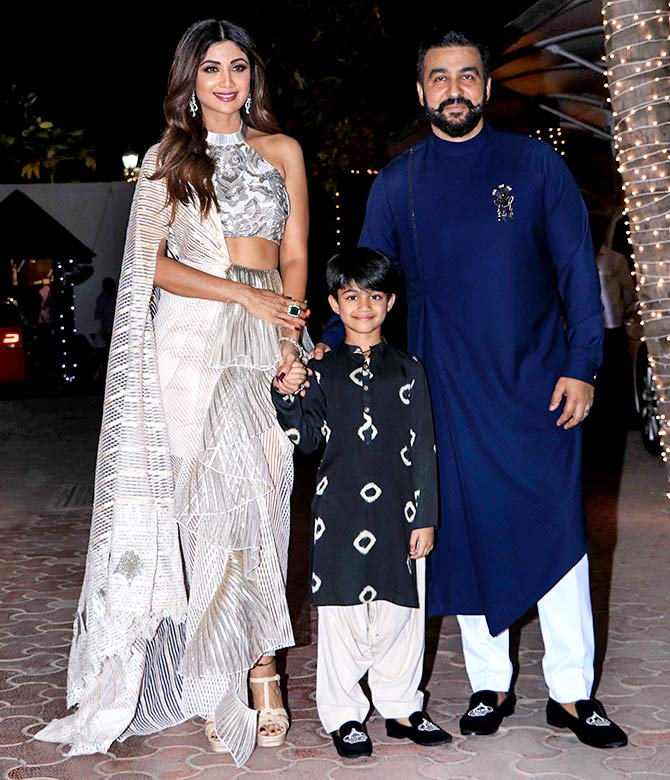 Do you know what the speciality about Shilpa Shetty Kundra and Raj Kundra's Diwali parties is? Well, it's the game of cards. Yes, they arrange a game of cards for their guests on Diwali and whoever loves to play cards from the B-Town shows up at their doorstep on the special occasion. In 2018's Diwali bash, Shilpa Shetty and Raj Kundra had looked gorgeous in their ensembles. While, Shilpa had looked stunning in a white and silver designed lehenga choli, Raj had stepped out in a blue bandhgala asymmetrical kurta set. 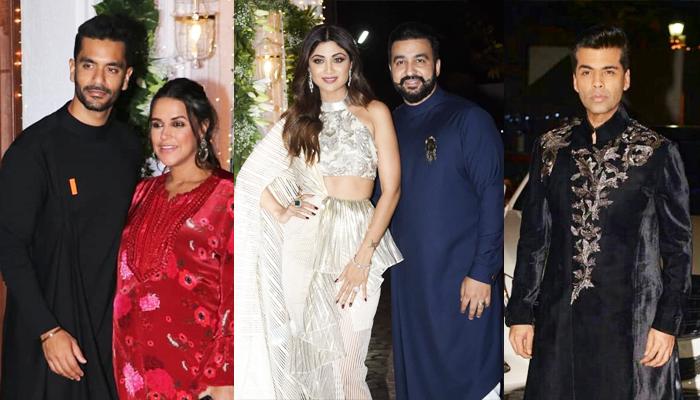 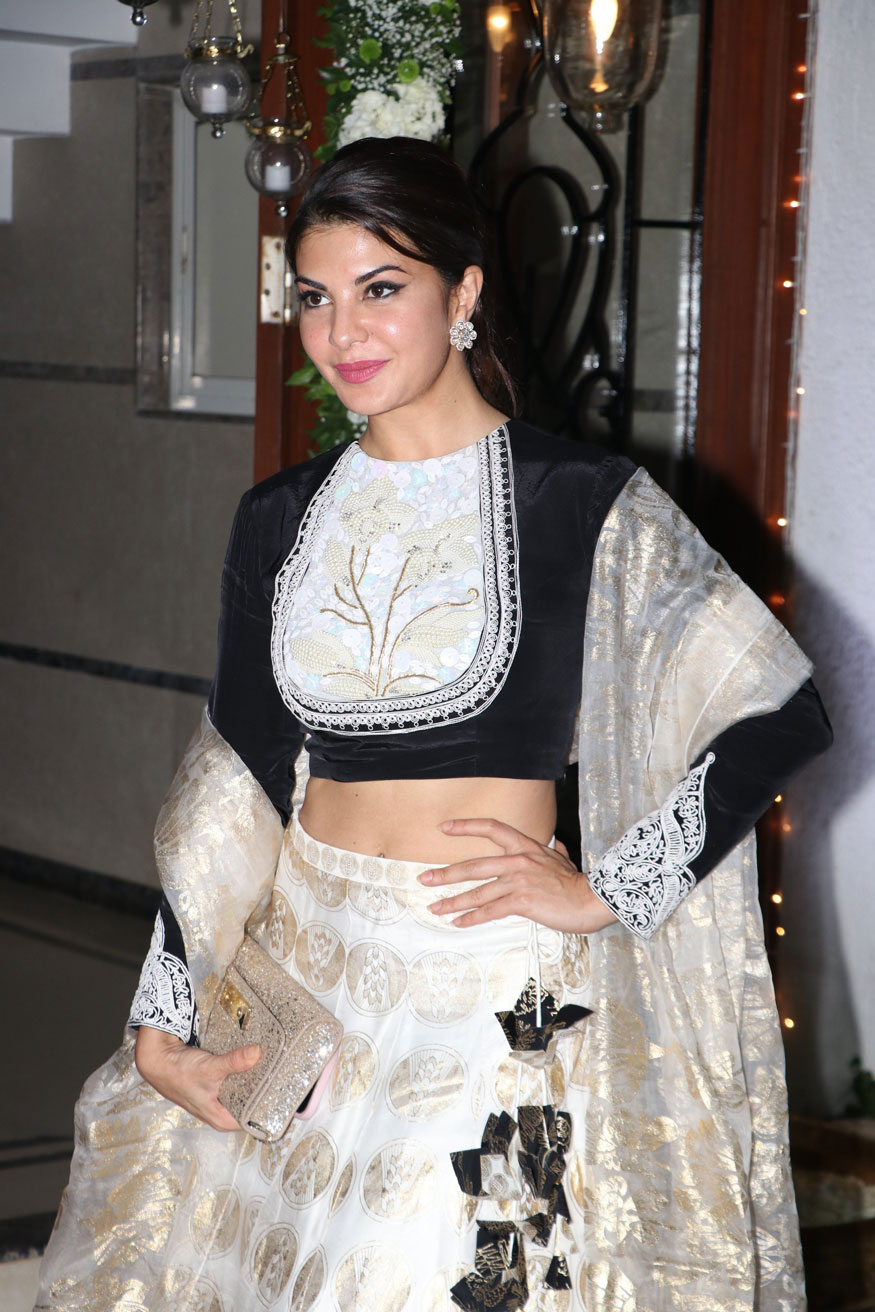 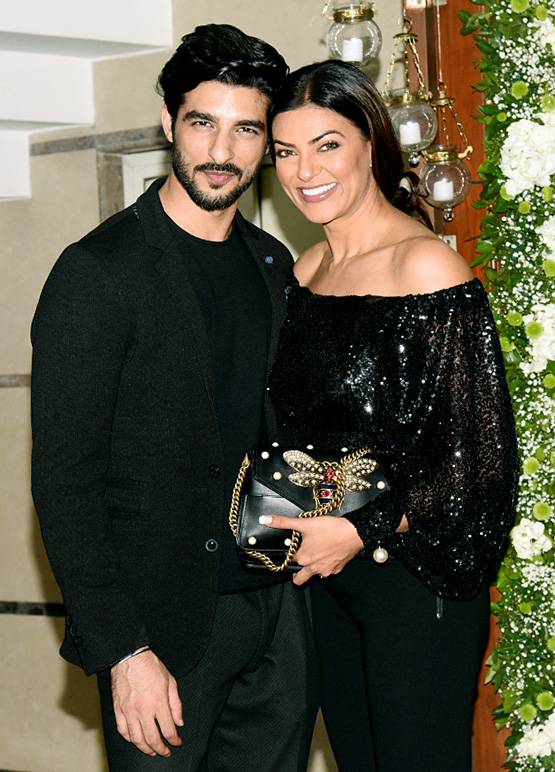 Don't ask us the stakes because we don't know much about it, but we do know that it sure rises like a rocket on Diwali. From Salman Khan to Raveena Tandon to Sushmita Sen and her beau, Rohan Shawl, have attended Shetty Kundra's parties quite a few times in recent years.

#6. Lavish Diwali bash at The Ambanis 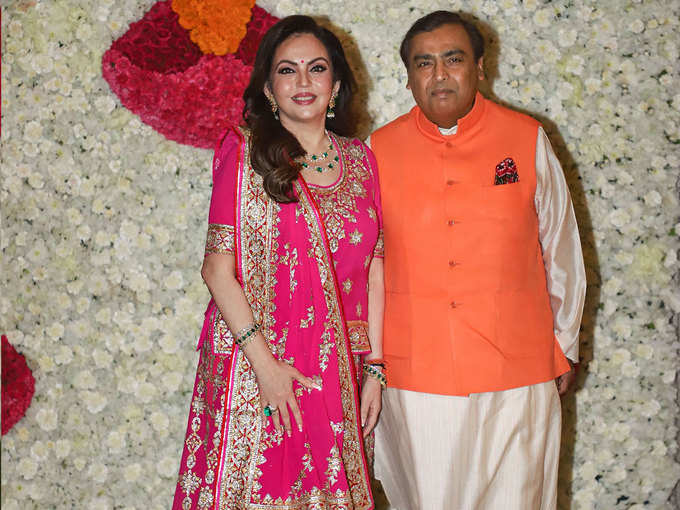 The Ambanis are one of the few celebs who marked the beginning of the grand Diwali bashes in 2019's Diwali. Mukesh Ambani and Neetu Ambani and their kids appeared wearing all lavishly designed couture. The Diwali bash was star-studded and squealed the terms like 'expensive' and 'fancy'! 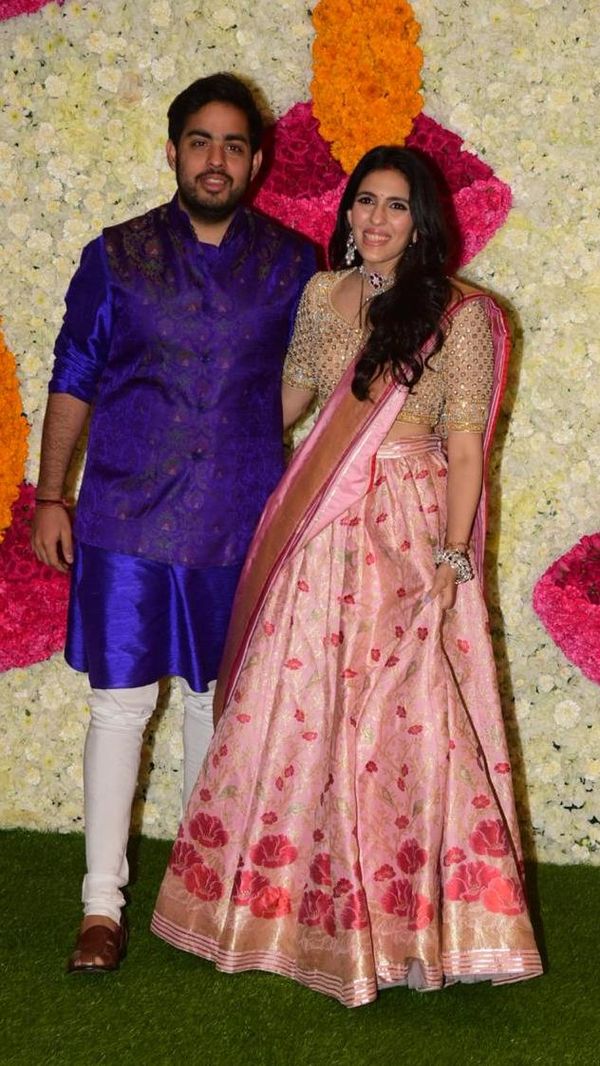 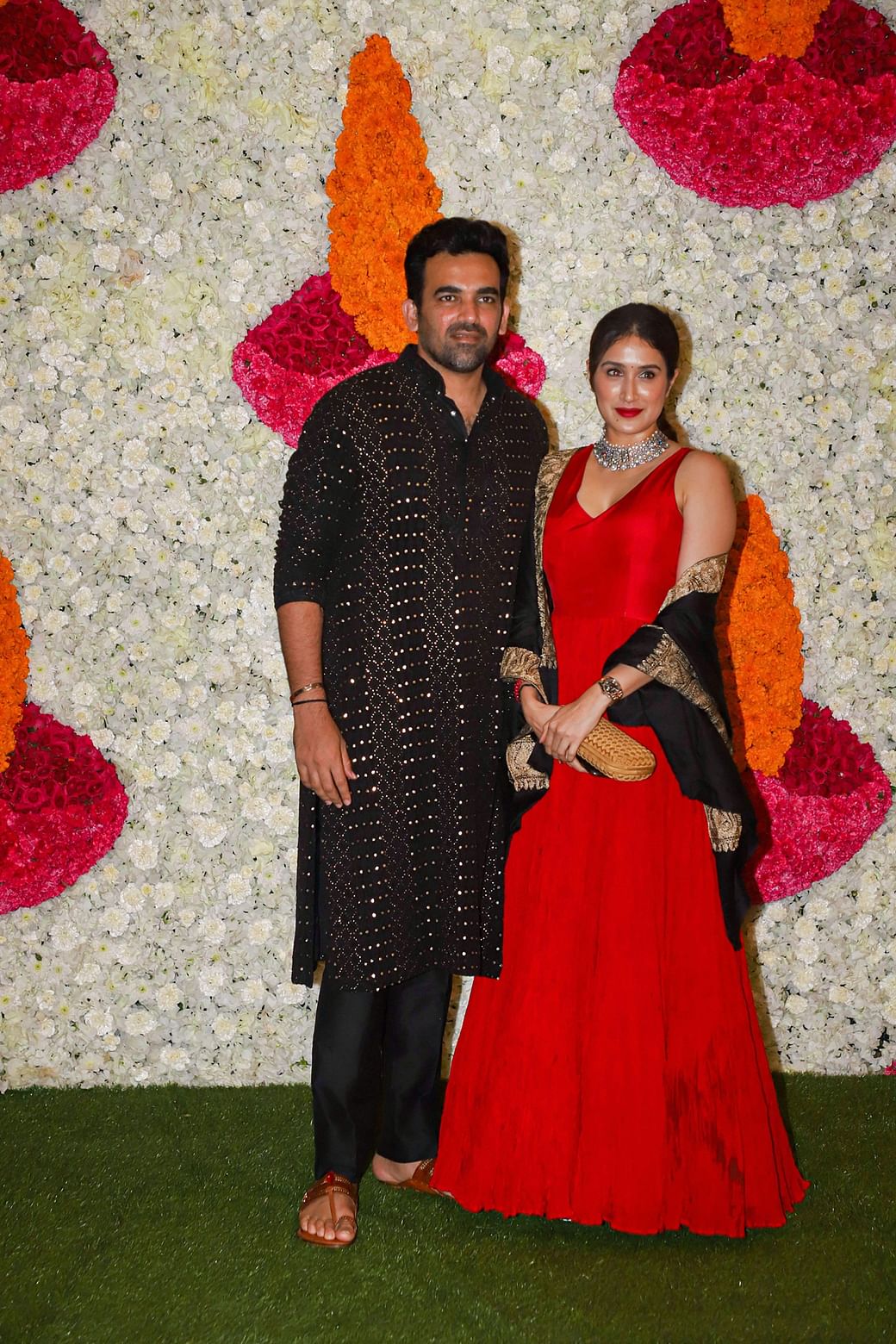 We could spot many known faces and big names from Bollywood to the Indian cricket team at the party. From Hardik Panday to Zaheer Khan and his wife, Sagarika Ghatge to celeb families, Bachchans and Khans and many others had arrived at their Diwali bash. 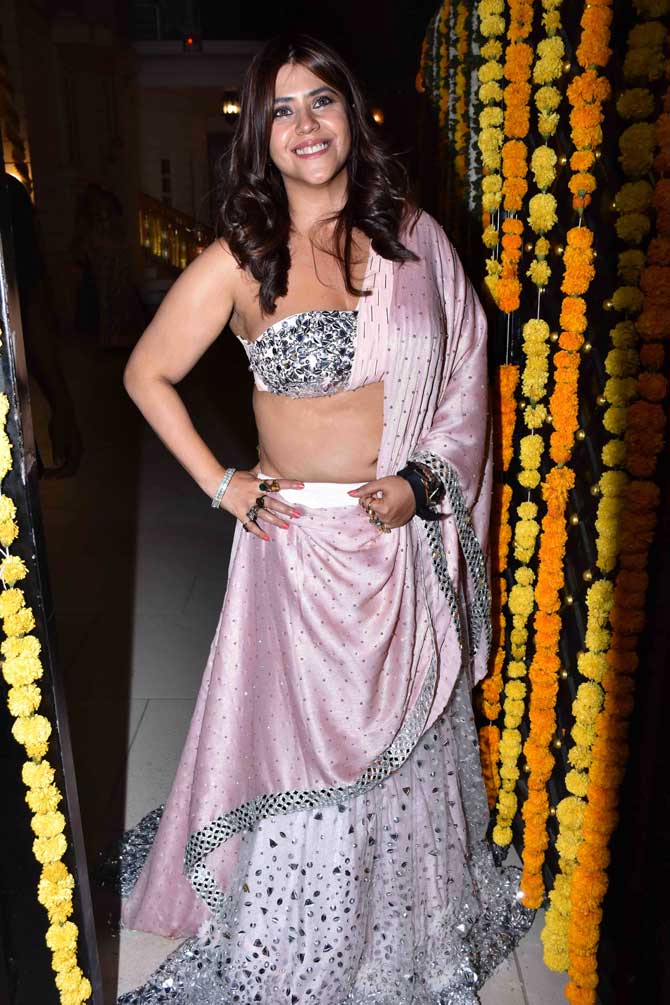 Ekta Kapoor's lavish Diwali party is one of the most exciting and gala parties arranged in Bollywood. Veteran actor, Jeetendra's daughter, Ekta Kapoor celebrated Diwali with her friends and families from the telly world and Bollywood industry. And many celebrities and superstars could be spotted there. In 2020, she had organised a very small get-together keeping COVID-19 in mind. The festival of lights, Diwali will be here in a few days, and we are waiting to get a glimpse of the grand parties greeted by the best hosts of Bollywood. So, for whose Diwali bash are you waiting?