'Koffee With Karan' has always been one of the most entertaining talk shows in India. Check out some of the exciting sibling pairs who made the show more fun with their cutesy banter!

Siblings are one of the most wonderful gifts of God. They make our lives blissful and much better just by being a part of it. They teach us the value of relationships, love, compassion, care and much more. No matter how much they fight with us, they are our first friends and they stick by us till the end. The bond between siblings cannot be described in words as it is priceless and pure.

B-Town also has some loving sibling duos, who have been delighting us with their cutesy banter for years. Be it their nok-jhok, adorable social media posts or leg-pulling, the celebrity siblings never miss a chance to win our hearts. Time and again, we have seen them opening up about the fun moments of their lives with each other and expressing their love for one another. Needless to say, their bond is meant to be cherished for a lifetime!

From Karan Johar To Aly Goni, TV And Bollywood Celebs, Who Played Cupid To Their Celebrity Friends

Sara Ali Khan Shares A Picture Of Her Brother, Ibrahim Ali Khan Wearing A Jersey Of His Nickname

Sibling pairs on ‘Koffee With Karan’ Koffee With Karan is the most loved chat show in India, and it has gained the title of being everyone’s favourite cult show. The show is well-known for celebrities’ confessions about their love life, sex life and other aspects of personal life, which makes it a lot of fun. However, every time a sibling duo has graced the couch on Koffee With Karan,  the fun got doubled and it made the audience go ROFL. So, without further ado, let’s have a look at some of the celeb sibling duo who appeared on the show, Koffee With Karan and increased the entertainment quotient with their fun banter. 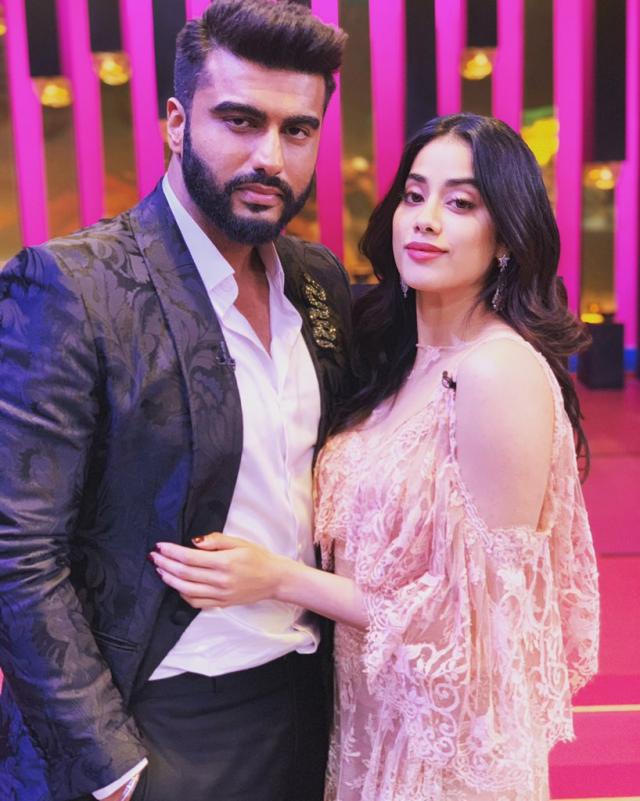 In one of the episodes of Koffee with Karan Season 6, Janhvi Kapoor shared the couch with her half-brother, Arjun Kapoor. Janhvi and Arjun were undoubtedly the most adorable sibling duo to grace the couch. While their witty exchanges left us in splits, their deep-rooted empathy and love for each other made us go aww. 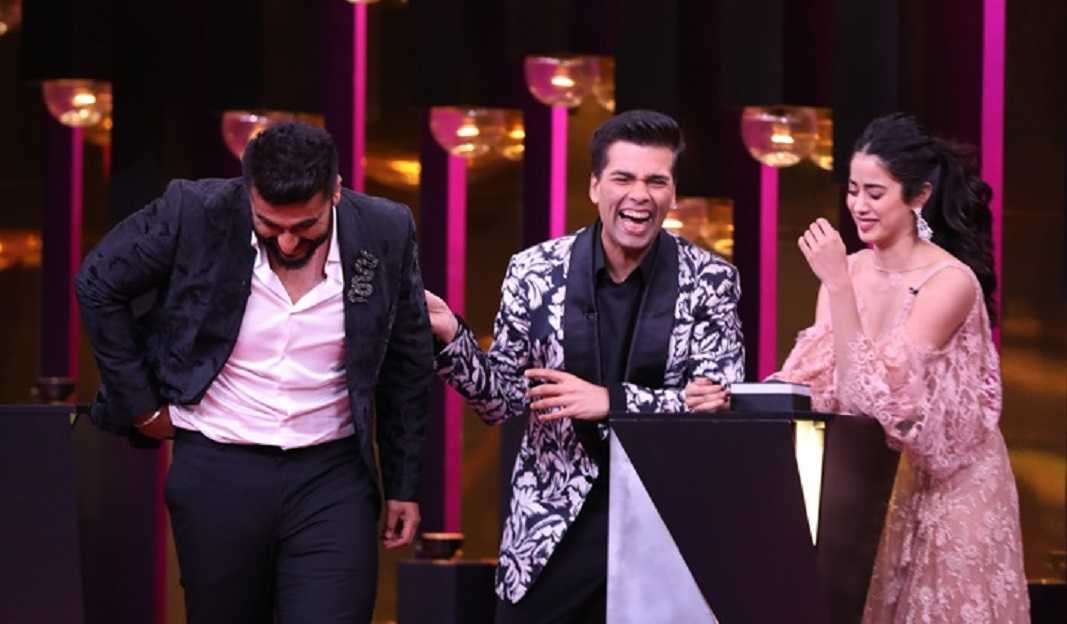 Being a nosy person as he is, the show’s host, Karan Johar didn’t spare Janhvi in letting the cat out of the bag and asked, “Conjecture is that you are dating Ishaan Khatter." To which, Janhvi replied, "I am not." However, Arjun didn’t miss a chance to pull his sister’s leg and said, "But he's always around her!” and Karan went ROFL! Back then, Malaika Arora and Arjun Kapoor's relationship was just a rumour as the couple had not opened up about the same. However, when Karan asked Arjun if he’s single, Janhvi took a jibe at her brother and quipped:

“Yeah even we’ve never had this conversation Arjun bhaiya. Are you single?” In one of the episodes of Koffee With Karan, Abhishek Bachchan and Shweta Bachchan Nanda appeared as guests and watching them was like watching every sibling duo’s banter. Though we had assumed that being the Bachchans, they would be different, but guess what, they proved us wrong. From supporting each other unconditionally to roasting one another, Abhishek and Shweta made the episode relatable and really funny. 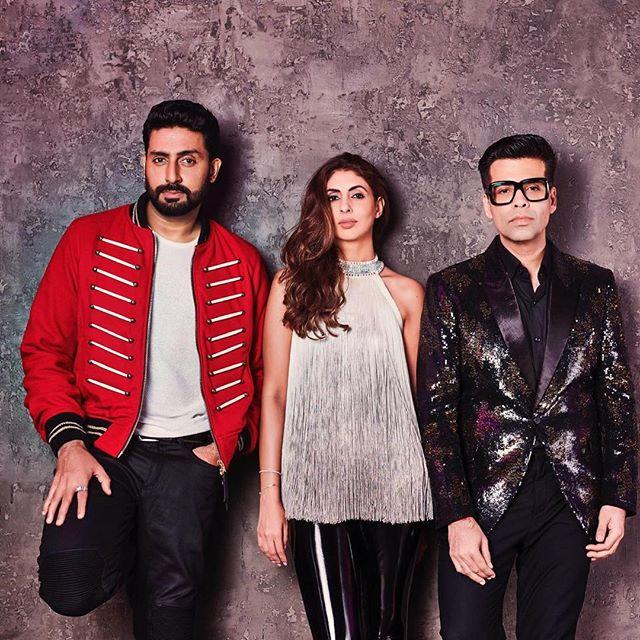 During their appearance on the show, Abhishek took a dig at his sister, Shweta’s career and mentioned that she has not won anything in her life. He also added that Karan should let Shweta win the hamper. Later, in the rapid-fire round, Karan asked Shweta to reveal a secret about Abhishek as revenge. Without hesitating for a moment, she said:

“He was a thumb sucker and I think also a bed wetter.” 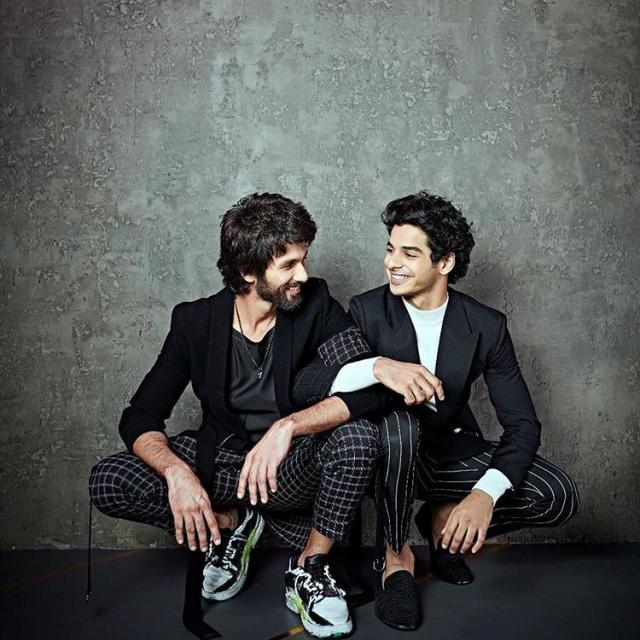 Shahid Kapoor and Ishaan Khatter are the most loved brothers of Bollywood. During their appearance on Koffee With Karan 6, Shahid and Ishaan graced the couch and made us ROFL throughout the episode! Being the elder one, Shahid revealed how proud he was of Ishaan and to see him grow. He showed his protective side for his brother and yet again proved that he has got his brother’s back. 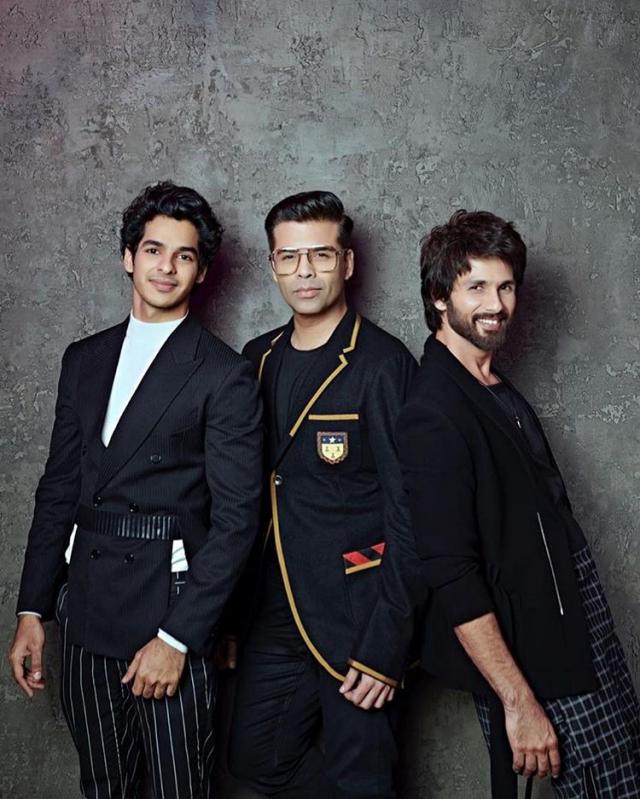 However, the sibling duo didn’t leave a chance to roast each other. During the rapid fire round, when Karan asked Ishaan to name a person whom he would rely on for relationship advice, the latter took Shahid’s name. However, when Ishaan was asked to name an actor who would give the best advice for movie choices, before he could answer, Shahid threatened to kick his ass if he took somebody’s else’s name than him. To which, Ishaan said:

“Maine abhi tak koi naam hi nahi lia. See this is what I mean. He doesn’t let me do my rapid fire also.” 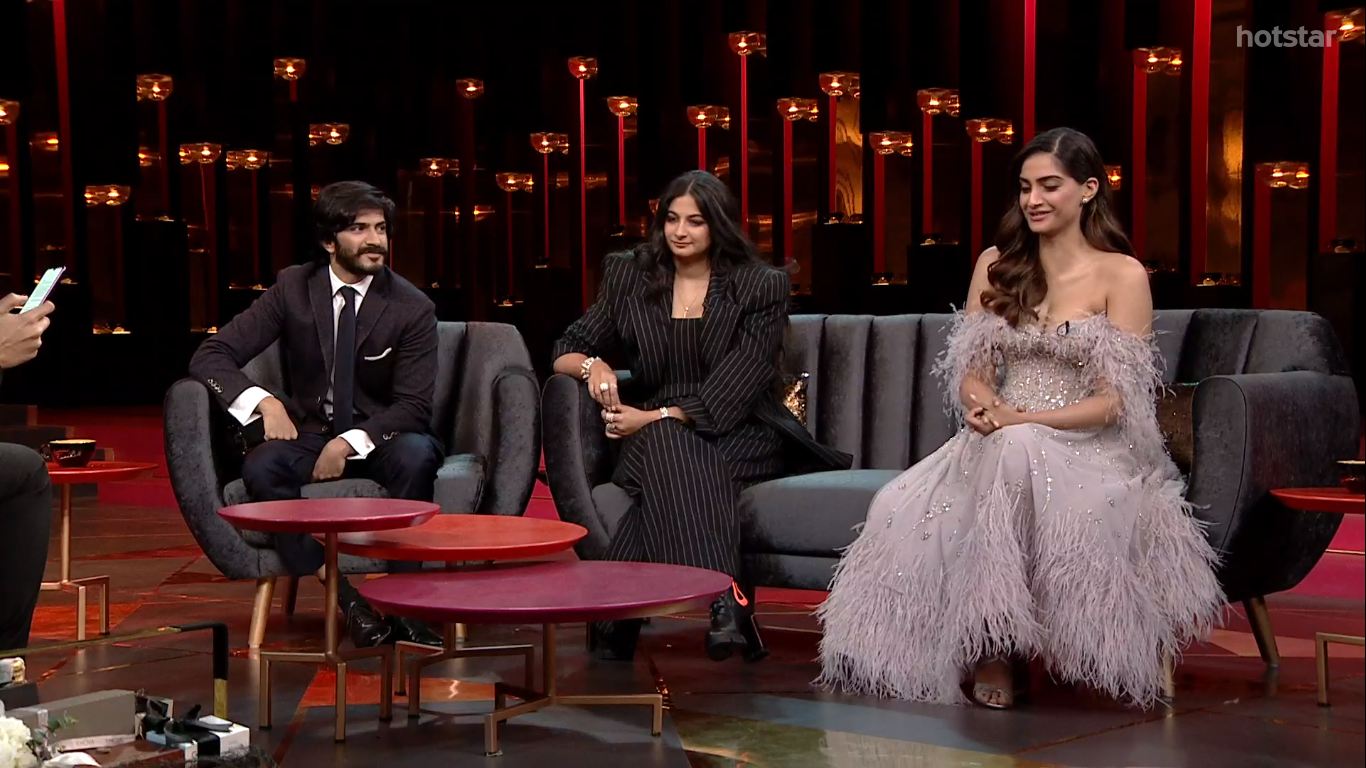 The Kapoor siblings brought a lot of laughter, fun and memories to the sets of Koffee With Karan. The sibling trio didn’t miss an opportunity to take a jibe at each other and it was a complete laugh riot. From revealing each other’s secrets to roasting one another, the trio made the episode super fun and interesting. 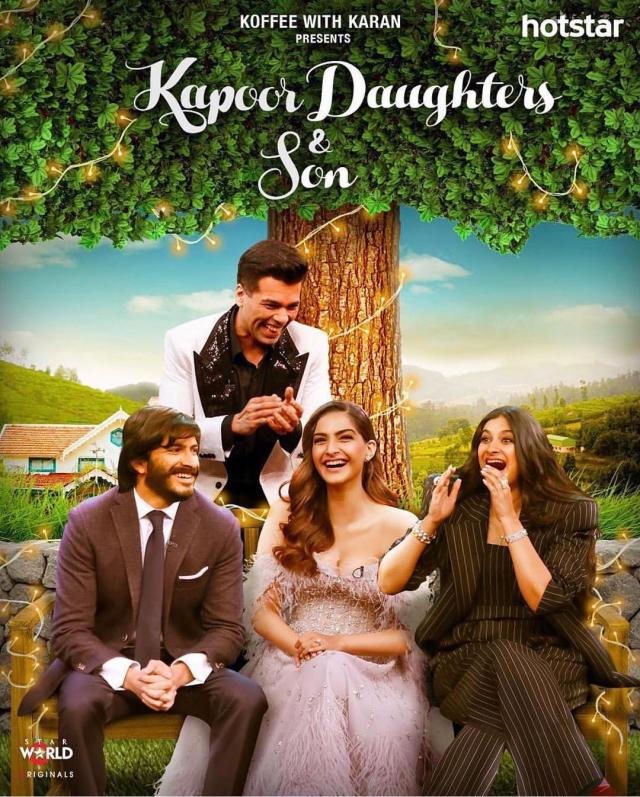 Anil Kapoor has been the backbone of the Kapoor household. When Karan asked the siblings about their equation with their dad and whom he loves the most, Rhea Kapoor revealed that he’s very protective of Sonam as she is unpredictable. Reflecting on the same, she said:

“Sonam and my father have interesting dynamics. They both are creative people and are very sensitive. They cannot handle each other’s reactions. AK will come to me ‘Betta can you please tell this to Sonam’ and I am like why can’t you tell her and then he says, her reaction may be violent. They are very sensitive to each other. AK and I are more like friends. He has the protective daughter vibes with Sonam.” 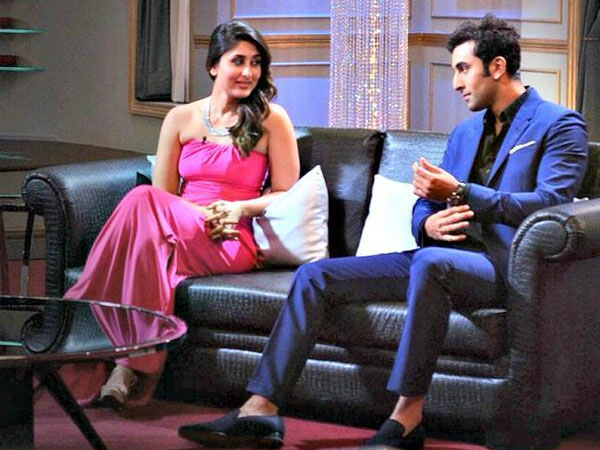 For Kapoor fans, the episode of Koffee With Karan featuring the Kapoor cousins, Ranbir Kapoor and Kareena Kapoor was quite the treat. It was the first time the audience saw Ranbir and Kareena share screenspace, and their cutesy camaraderie won our hearts. Like every elder sibling, Kareena didn’t leave a chance to blackmail Ranbir and reveal his secrets. Ranbir and Kareena made for the best sibling duo on Koffee With Karan, and it was definitely fun seeing them fighting over petty things. During the rapid fire round, Kareena Kapoor embarrassed the hell out of Ranbir Kapoor with a steamy mention of his then-girlfriend, Katrina Kaif. When Kareena was asked who she'd want to have a gay encounter with, she named Katrina Kaif, and revealing the reason behind the same, she said:

"Because I'll be more comfortable with my sister-in-law.” The Khan Brothers, Salman Khan, Sohail Khan and Arbaaz Khan had graced Koffee With Karan's 100th episode, and it was all fun. During their presence on the show, the trio answered Karan Johar's witty questions and also revealed each other's secrets. They spilled the beans about their personal lives and expressed their love and respect for one another. 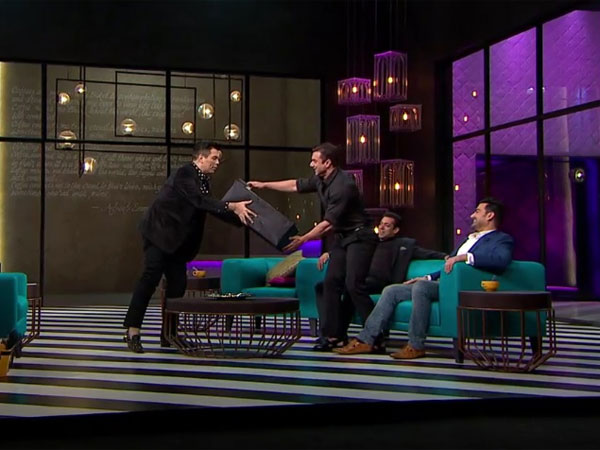 However, the most interesting part of the episode was the rapid fire round. When Karan had asked Salman if he is a virgin, the actor nodded in affirmation. His response left everyone stunned and even his brothers looked at him in disbelief. Besides, when he was asked about his relationship status, Salman had said:

“Confused, single, committed, waiting for clearance and in transit!”

Well, we'll miss seeing these sibling pairs together on Koffee With Karan again, and we can't wait to see them competing for the lavish gift hamper on the cult show.

From Karan Johar To Aly Goni, TV And Bollywood Celebs, Who Played Cupid To Their Celebrity Friends