We got hold of a few glimpses from Arjun Kanungo and his model-girlfriend, Carla Denni's 'mehendi' ceremony. One picture from the event featured the groom-to-be with Bollywood actor, Bobby Deol as an invitee. Check out!

Popular singer, Arjun Kanungo and his model-girlfriend, Carla Dennis are all set to tie the knot today on August 10, 2022. For the unversed, the couple has been dating for more than seven years and has finally decided to take the plunge and get married. As per reports, their wedding will be according to the traditional Hindu customs. And now, we got hold of some of the mesmerising glimpses of the madly-in-love couple's mehendi ceremony.

Following Arjun Kanungo and Carla Dennis' wedding on August 10, 2022, there will be a star-studded party on August 11, 2022, at the popular filmmaker, Karan Johar's new joint, Neuma in South Mumbai. The party will be organised for the couple's close friends from the industry and the dress code is planned to be 'evening chic'. According to sources, popular stars including Salman Khan, Shraddha Kapoor, Varun Dhawan, Maheep Kapoor, Seema Khan, Bobby Deol and many more A-listers will be invited. Check out the glimpse of Arjun and Carla's wedding invite:

Mouni Roy Celebrates With Girl Gang In Goa, Ignites Sparks Of Her Bachelorette Party [Pics Inside]

Recommended Read: Karan Kundrra Reveals Why He Has Not Deleted Pictures Of Ex-Girlfriends From His Social Media Handle Arjun Kanungo and his model-girlfriend, Carla Dennis' pre-wedding festivities kick-started with a mehendi ceremony on August 9, 2022. And now, we got hold of the first glimpses from the same. For the event, Arjun opted for a beige-coloured bandhgala set and his Christian bride-to-be stunned in a pink heavily embellished lehenga. She completed her look with a diamond neckpiece adorned with green drops, matching earrings, a floral maang teeka and dewy makeup. Indeed, the couple radiated pure love, and their happiness in being with each other was simply visible on their faces. We also got hold of one picture from the event, which featured the groom-to-be with Bollywood actor, Bobby Deol as an invitee. Check out the pictures: 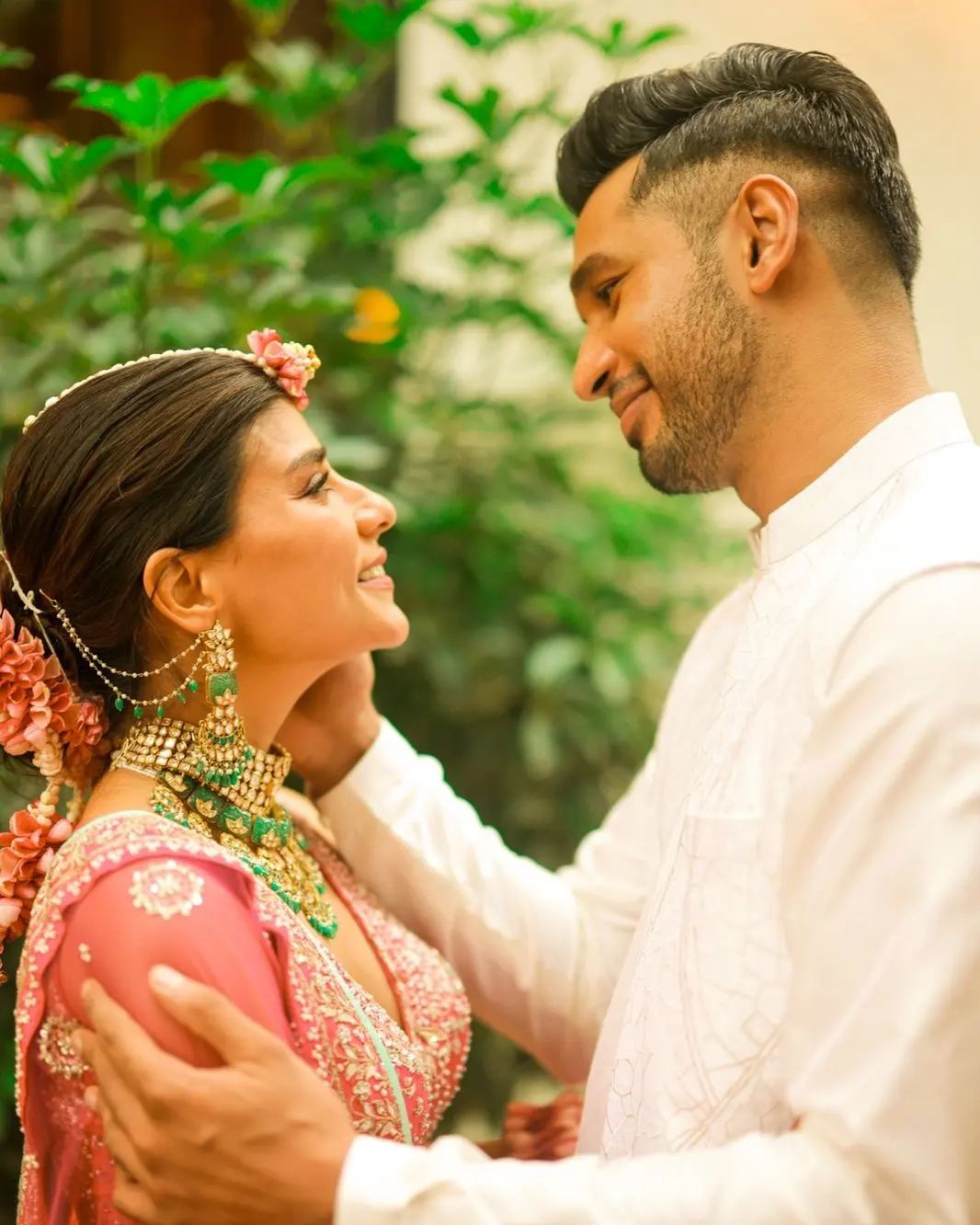 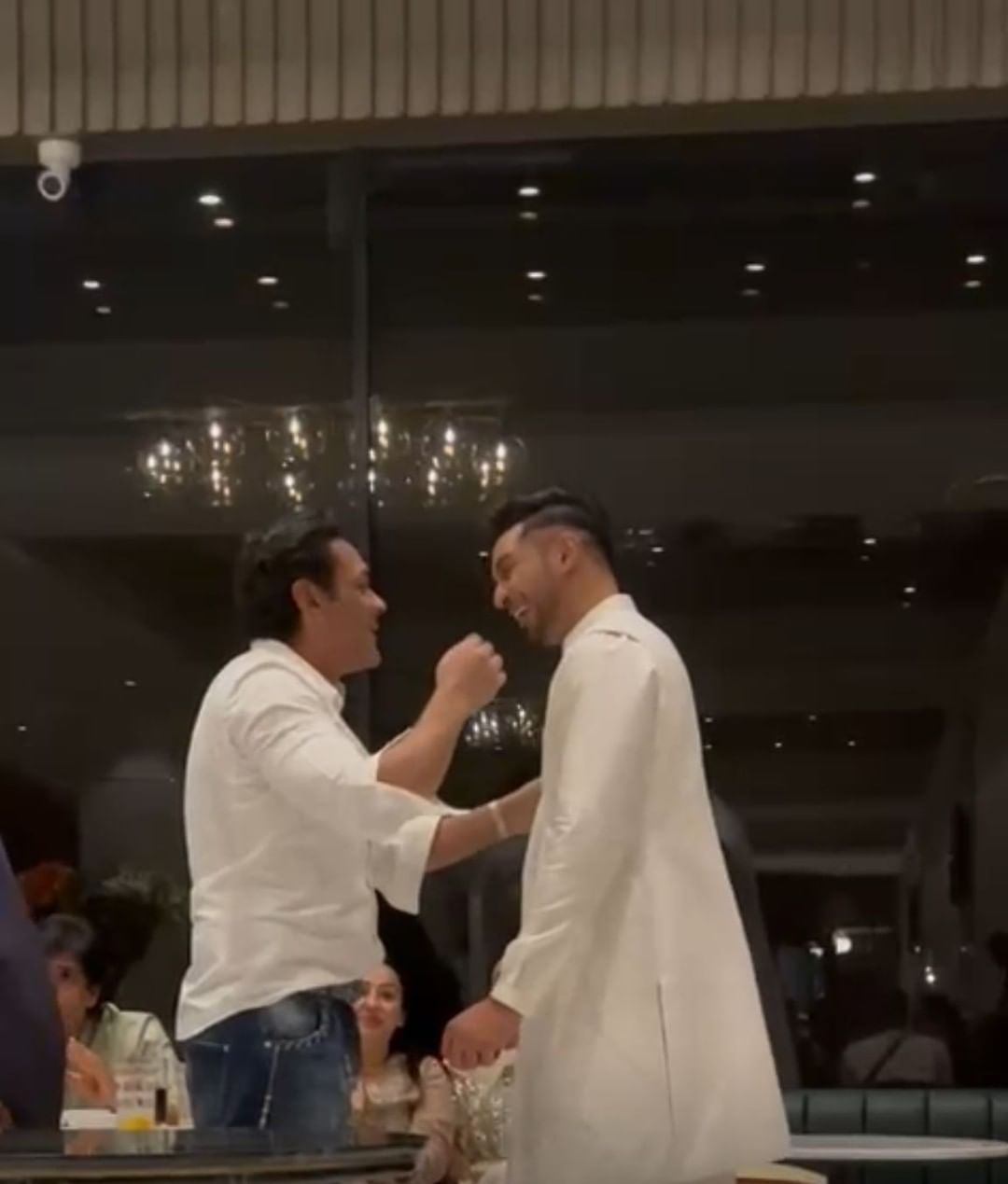 Earlier, in an interview with ETimes, Arjun had opened up about his wedding plans with his girlfriend, Carla. The groom-to-be shared that at the beginning, he was planning to tie the knot in December 2022. He also talked about his plans to have a traditional Hindu wedding and shared how his girlfriend, Carla Dennis is also excited about the same. Opening up about Carla's love for Indian traditions, the singer had shared:

"The marriage was long due. We were ideally looking at December 2022, but a few guests were unavailable during those days. I thought, why not just host a wedding next month if everyone is around. I know it is a little off-season, and the monsoon might make it inconvenient, but it was high time we got married; otherwise, it was just getting pushed. Carla understands Indian weddings and has, in fact, taken over the prep completely. " 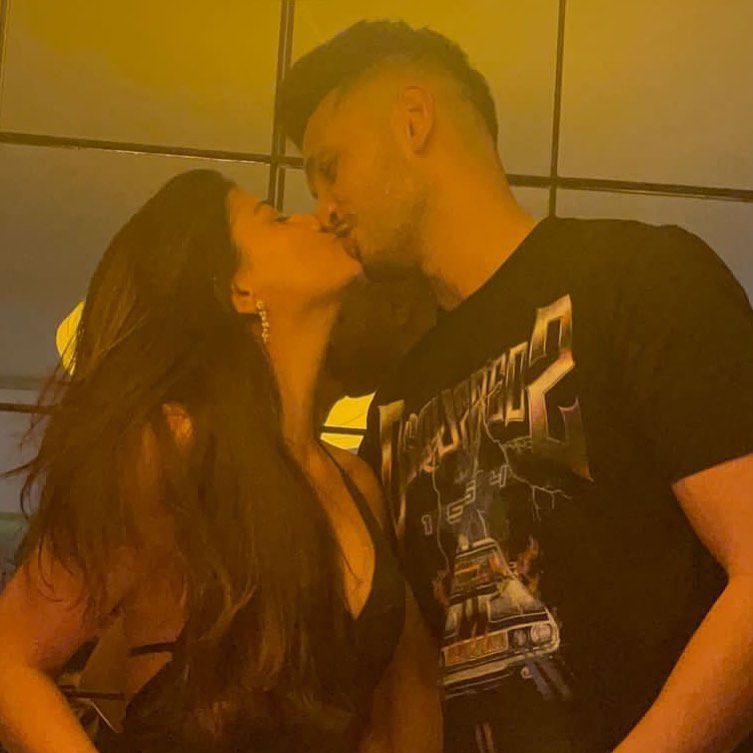 In the same interview, Arjun also revealed that he and Carla Dennis will have a white wedding in April 2023 in the UK next year. It is quite clear that the white wedding will be because Carla is a Christian, who hails from South Africa. However, Arjun admitted that Carla has been living in India for some years, and the latter's knowledge of Indian customs and traditions has already improved her love for Indian culture. Arjun had stated:

"She picked the venues and hired a wedding planner. She also selected my outfits for the wedding. Even though her family is not from India, they too are gung-ho about our traditions and are excitedly working on their Indian wedding attire and prep. Carla hails from South Africa, but has been living in India for many years. We will be hosting this in April 2023 in the UK. This is for Carla and her near and dear ones." 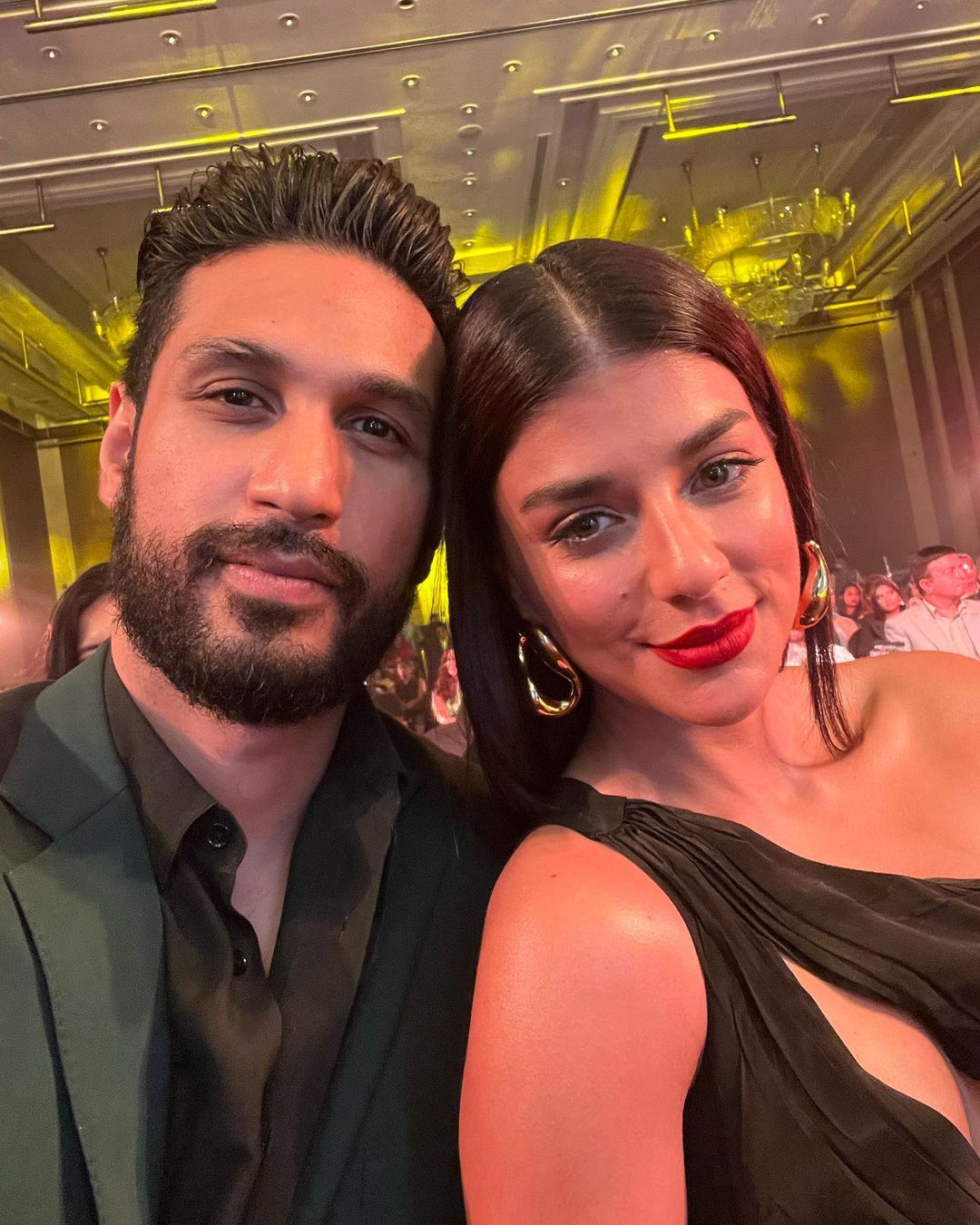 Well, we cannot wait to see more glimpses of Arjun and Carla's pre-wedding ceremonies. What about you? Let us know.