Esha Deol revealed that despite being a star kid, she had a normal childhood and she travelled in rickshaws and trains. She further talks about the paparazzi culture.

Esha Deol shares a beautiful bond with her parents, Hema Malini and Dharmendra. And just like every parent, Esha’s parents gave her everything that she ever asked for. However, despite being superstars, Hema and Dharmendra gave a humble upbringing to their beloved daughter, Esha. And although Esha is a star kid, she used to travel in local trains when she was younger.

Esha made her Bollywood debut in 2002 with the movie, Koi Mere Dil Se Poochhe. Then, she worked in many films including Yuva, Dhoom, Dus and No Entry. However, she took a break from acting after tying the knot with her husband, Bharat Takhtani in 2012 and shifted her focus towards their daughters, Radhya and Miraya. And now, after many years, she made her come back in acting with the short film, Cakewalk, helmed by Ram Kamal Mukherjee.

Recommended read: Samantha Akkineni Praises Father-In-Law, Nagarjuna, Deletes Tweet Only To Repost It For A Reason In an interview with a leading daily, Esha opened up about her childhood and said that her parents, Hema and Dharmendra, gave her a down-to-earth upbringing. Talking about the same, Esha said, “Yes, my parents are superstars... They are legends, but both of them have been excellent in bringing us up in a humble and down-to-earth manner with a lot of discipline, and have instilled sanskaar, and taught us to respect our elders. I give them the complete credit of giving us a normal childhood. Even in the school that they sent us to, we were treated normally, not as star kids. I travelled in rickshaws. I played a lot of sports back then and we had to go to tournaments at various places around the country and we all travelled by train. People who know me today, know that I can be as normal as I can be.” 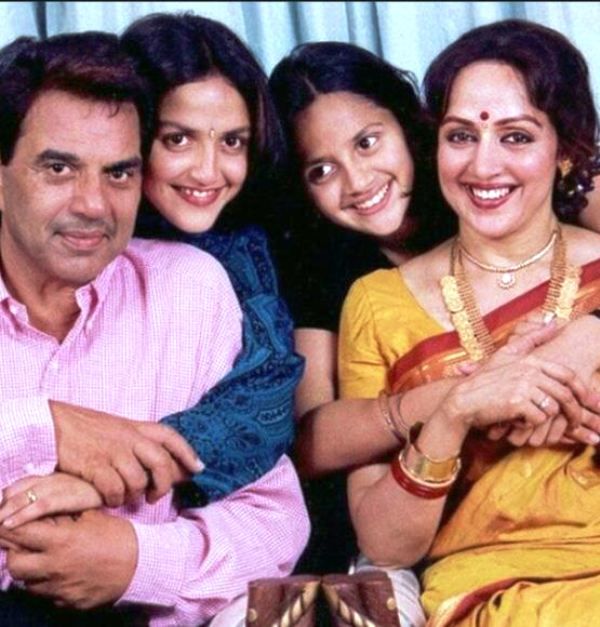 Talking further, Esha shared that when she was a child, the most that people would do was to point at her and say that she was Hema and Dharmendra’s daughter. As there was no paparazzi culture back then, she would live her life as she pleased without the fear of being scrutinised all the time. Also read: Rakhi Sawant's Hubby, Ritesh Will Be Making His First Public Appearance As A Part Of 'Bigg Boss 15'

Esha also added that she prefers to keep her daughters, Radhya and Miraya, out of the sight of the media glare, and want them to have a normal childhood like her. The Dhoom actress said, “Today, I think it is the culture that we have picked up. The paparazzi are just doing their job; they have always given a lot of respect to my family and me. If I am ever not comfortable being photographed, they don’t click me. I share a lovely understanding with them. My kids are for my husband, family, and me, and I prefer to keep them private; it is me who is a public figure. I want my kids to have a normal childhood too.” On the work front, Esha would be next seen in the Disney+ Hotstar series, Rudra - The Edge Of Darkness starring, Ajay Devgan.

You May Also Like: Shilpa Shetty Shares A Positive Note On 'Rainbow After A Bad Storm' After Hubby, Raj Kundra's Bail