The wait is finally over for the Kaul clan as Ekta Kaul's parents, sister and nephew visited to meet two-month-old Ved. Ekta posted a family picture in which Ved's smile stole the limelight.

While the past few months have been quite stressful with the ongoing pandemic and some natural calamities hitting us hard, a ray of hope lies in the good news that pour in, every now and then. In the dark tunnel, a good news from celebs cheer up their fans. After an array of celeb couples, Permanent Roommates fame, Sumeet Vyas and Rab Se Sohna Isshq fame, Ekta Kaul had delighted their fans with the announcement of a permanent junior roommate in their lives. (Also Read: Puja Banerjee Is Pregnant With Her First Child, Reveals Plans For Baby Shower And Wedding Ceremonies)

It was in April 2020, when Sumeet Vyas and Ekta Kaul had announced their pregnancy and had revealed that in June 2020, they will welcome a junior 'Permanent Roommate' in their lives. And finally on June 4, 2020, the elated daddy had announced the arrival of their little one with the cutest post and revealing his son's name, Sumeet had written, "It's a boy. Shall be called Ved. Mamma and Daddy are acting cliché, smothering the child every few minutes." 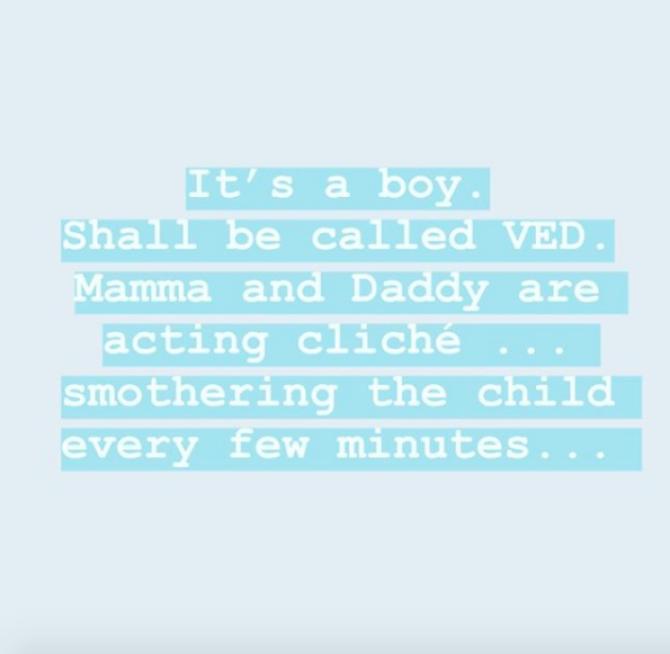 Due to the pandemic, Ekta Kaul’s family, who is in Jammu, and Sumeet Vyas’ clan, who are stuck at home, couldn’t visit the couple and meet their grandson. But looks like the wait for the Kaul clan is over as Ekta's parents, sister and nephew visited to meet the newborn junior Vyas. Sharing an all-smiling picture with the Kaul clan, Ekta wrote, "Super mom and Super dad. Blessed with the best! I feel complete.. Bring it on life! #bestparents #pillarsister #myboys!!" as the caption. Ved's hearty smile in the picture will cheer you up instantly!

The pandemic has proved to be a blessing in disguise for Ekta Kaul and Sumeet Vyas as the couple had spent the last months of their pregnancy together due to the lockdown. Sumeet, who is busy with his professional commitments, had finally gotten some quality time to spend with his pregnant wife and he had proved to be the best husband as he had left no stone unturned to make her feel comfortable. Things weren't different post the birth of their son too, as the lockdown was extended and the newbie parents, Sumeet and Ekta have been making the most with their little one, Ved. (Also Read: Kareena Kapoor Khan Exudes Pregnancy Glow In Her Recent Selfie Shared Before Her Shoot) 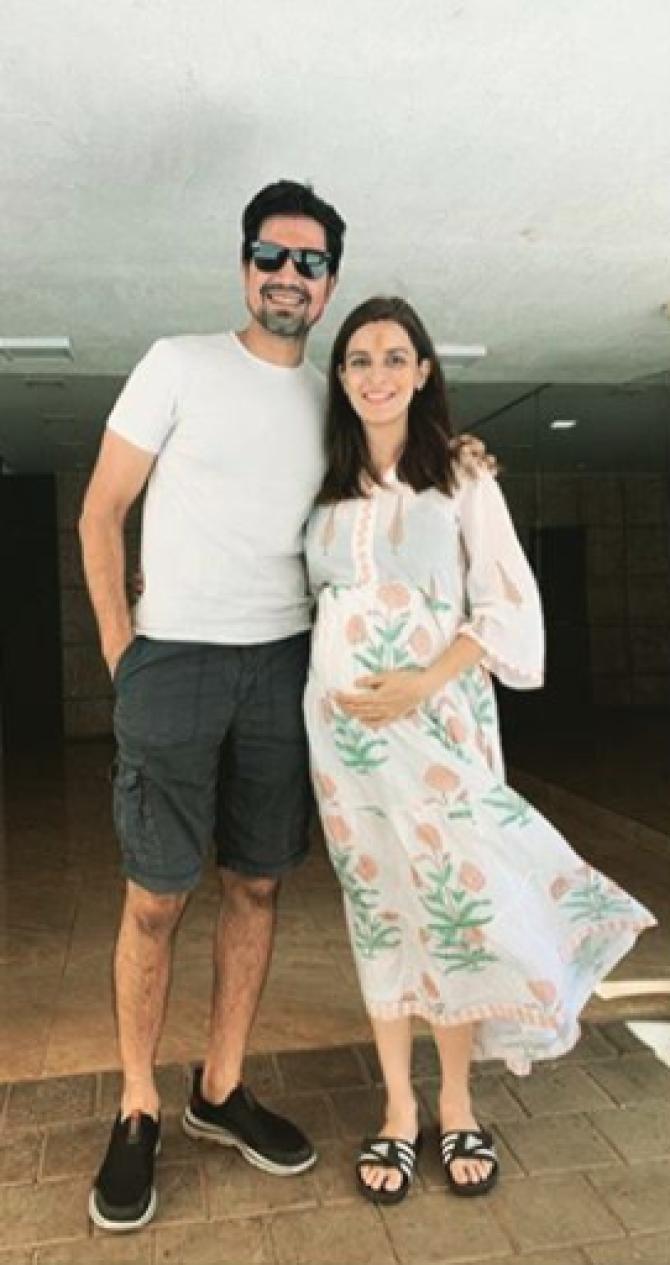 After the baby was born, Sumeet Vyas, in an interview with the Mumbai Mirror, had revealed why they have named their son, Ved. Narrating the story behind it, Sumeet had said, “Long ago, one of our relatives was having a child and we were discussing names, when Ved came up and stayed with me. I decided if I have a boy, I’ll name him Ved. Since we come from the line of, it makes sense.” And how Ved's grandparents couldn't visit him back then, Sumeet had stated, “Once we return home, we’ll see if they can be brought over to meet the baby, even if only for an hour.” Describing his ‘unmatched feeling’ on becoming a father, Sumeet had remarked, “You do all those clichéd things that you once laughed at. Humans are so predictable.” During Ekta Kaul's pregnancy, Sumeet Vyas along with the Kaul family had planned a virtual godh bharai ceremony for his wife and giving a glimpse of the same, the then-to-be mommy had written, "And then the god bharai happened on a video call. When I gave up the hope to have one, they coordinated secretly and video called me. Blessed to have Kaul parivar and MY friends around me #chotikhushiyan don't miss Viru clapping when I told him I am cutting a cake." (Also Read: Ekta Kaul Gives Cooking Challenge To Hubby Sumeet Vyas, Reveals If 'First Time Chef' Is Pass Or Fail) Isn't Ved's smile adorable? Much love to the little one! Being a new parent is a tough job. It is all merry and happy the moment you know that you are going to be parents, but the real job starts when the baby actually makes it to the world. Especially in the times of Coronavirus, it is hard to be