It is no more a surprise now that Permanent Roommates and Veere Di Wedding fame actor Sumeet Vyas is in love with famous television actress Ekta Kaul. While Sumeet didn’t even give a single hint that he is dating someone, Ekta, on the other hand, posted a few pictures with her mystery man. And the guy turned out to be Sumeet Vyas. (Also Read: Shah Rukh Khan To Host And Perform At Akash Ambani And Shloka Mehta's Engagement Party) 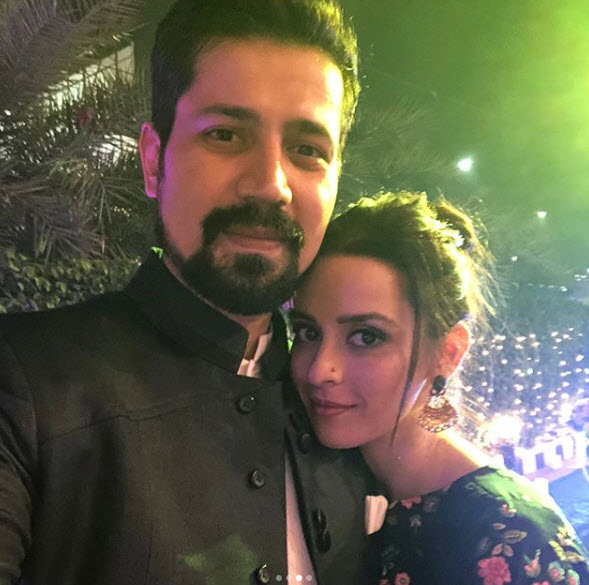 Sumeet Vyas And Ekta Kaul's Official Wedding Invitation Is Out, 15 Days To Go For The D-Day

Sumeet Vyas And Ekta Kaul's First Look From Their Wedding, Looked Ethereal In Their Royal Outfits

Sumeet Vyas Reveals His Love Story With Ekta Kaul: She Left Him Once, He Asked For A Second Chance

It seems that Sumeet Vyas and Ekta Kaul are finally all set to take their relationship a step ahead by tying the knot very soon. As per the recent reports, the lovebirds will enter the holy bliss of matrimony in September 2018. The wedding, apparently, is to take place in Jammu in the presence of their family members and close friends. It is also reported that both the families have met and approved the match. 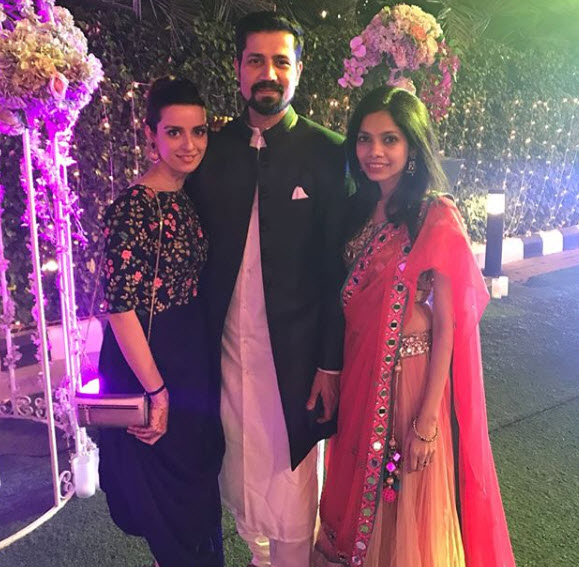 A source close to the couple revealed this to Mumbai Mirror, “Ekta’s family, many of whom are based in Jammu, are preparing for a traditional Kashmiri ceremony. The final details of the wedding are being currently locked. The bride-to-be has been calling friends from the industry asking them to lock their dates for the mid-September nuptials.” (You May Also Like: Amidst Break Up Rumours, Shivangi Joshi And Mohsin Khan Made An Appearance Together At Gold Awards) 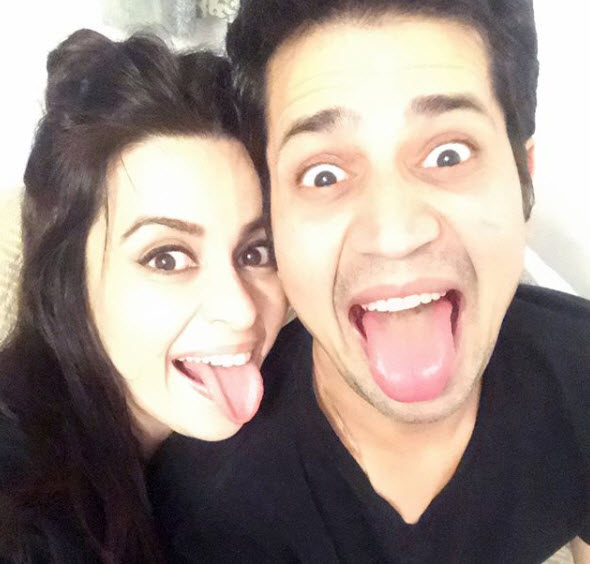 Confirming the news that started doing the rounds about the two dating, Ekta posted a complete couple picture with him on April 28, 2018. This was the same holi picture that she earlier posted cutting Sumeet’s head out. Ekta Kaul captioned the pictures, “And into his arms, I go to lose my mind and find my soul. @sumeetvyas sometimes there’s only one thing to say. P.S I love you.” Here’s the picture that she shared: 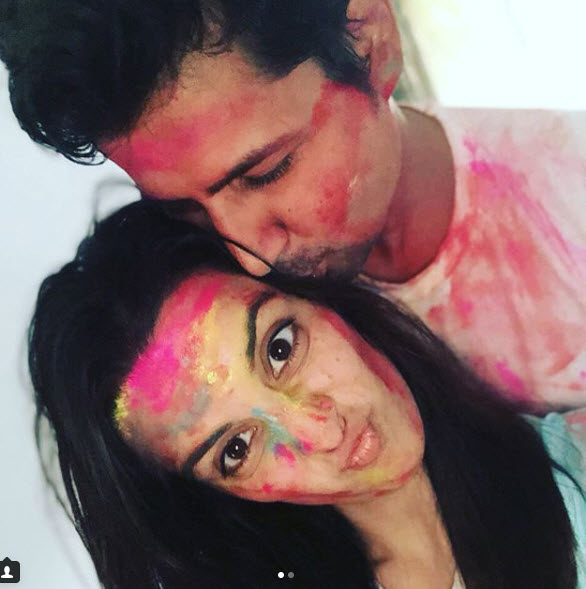 Talking about how he met Ekta Kaul and sparks flew between the two, Sumeet told Mumbai Mirror earlier, “We first met years ago while shooting for a promo of a show which never took off. Then, both of us got busy with our respective lives. Last year, we bumped into each other at a friend’s party and then again when I was hosting a cricket-based reality show in which she was one of the players.” (Also Check: Ex-Couple Narayani Shastri And Gaurav Chopra Dance On A Romantic Number, Video Inside!) 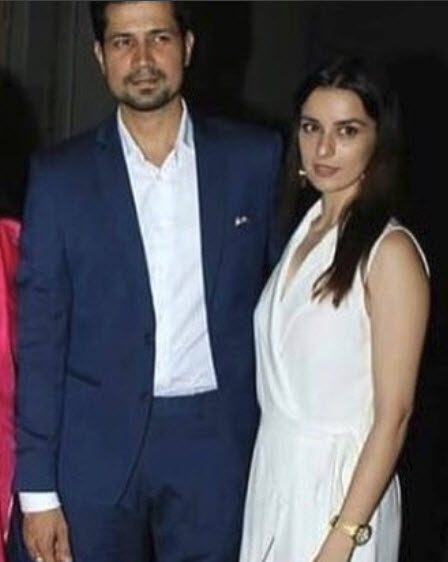 In the same interview, he also went on to talk about his lady-love, Ekta. Sumeet said, “She wanted to be sure about it too, but we have realised now that we have a certain amount of understanding and really like each other. That Ekta is still a regular girl from Jammu is extremely attractive as I can have non-filmi conversations with her which I didn’t think I was capable of before I met her.” Earlier, when in an interview, Sumeet was asked about his marriage plans with Ekta, he said, “It is too soon to talk about marriage. It’s not a conversation that we are having right now as we are both busy with work. We are in a good place where two people realise how compatible they are.” Putting end to all the speculations, Sumeet requested the media, "I would like to put an end to all the rumours and speculation around my engagement to the actress, Ekta Kaul. The rumours are false. We are currently dating and are enjoying this phase of our relationship. As both of us are busy with our careers, we would like to spend more time together before taking the next step. I would request the media to not speculate and spread false news regarding the same." (Must See: Rubina Dilaik And Abhinav Shukla's Ring Ceremony, Pics And Videos Of TV Stars Dancing And Enjoying) 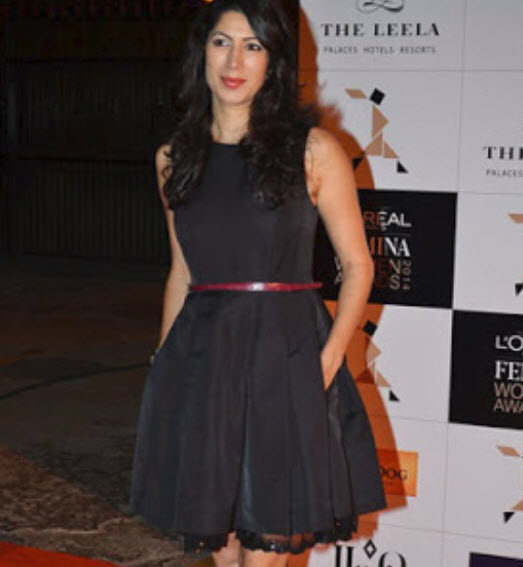 For the ones who don’t know, Sumeet Vyas was earlier married to popular actress and 24 fame Shivani Tanksale. She has also been a significant part of Bollywood movies like Talaash: The Answer Lies Within and The Dirty Picture (she played Naseeruddin Shah's wife). But things didn’t fall in place for the two and they parted ways. Sumeet was quoted as saying, “There have been other rumours about my divorce that have come up post the launch of the Veere di Wedding trailer. I would also like to confirm my divorce to actress Shivani Tanksale took place in 2017, it happened amicably and we both continue to remain friends. There is a friendship that has been there for many years and we split ways with a lot of respect.” Ekta Kaul and Sumeet Vyas, all your fans are eagerly looking forward to your wedding and your real-life wedding avatars.

Sumeet Vyas And Ekta Kaul's Official Wedding Invitation Is Out, 15 Days To Go For The D-Day