Actress, Disha Parmar talked about bagging a show right after her marriage with singer, Rahul Vaidya. She calls him her lucky charm.

Rahul Vaidya and Disha Parmar's love story is not hidden from the world. The singer had gone down on his knees and had proposed his ladylove for marriage on national television during his stay in the Bigg Boss 14 house. And Disha had also reciprocated his love when she had entered the house on Valentine's special episode. Since then, the duo is head-over-heels in love with each other.

Rahul Vaidya and Disha Parmar had tied the knot at the Grand Hyatt, Mumbai, in the presence of their close family members and friends on July 16, 2021. Every single picture from the wedding festivities were so surreal that it had gone viral over the internet. In fact, the duo's loved up pictures had melted everyone's hearts and even if it's been more than a month, we couldn't get over the lavishness of their wedding.

The New Bride, Disha Parmar Dances Her Heart Out With Hubby, Rahul Vaidya On The Beats Of 'Dhol'

Recommended Read: Kishwer Merchantt Reveals The Difficulties Of Her C-Section Delivery, Pens A Note For Her Baby Boy In an interview with SpotboyE, Disha Parmar, who is making her comeback on television with the show, Bade Acche Lagte Hain 2, talked about how she is managing her personal and professional life. She credited her husband, Rahul Vaidya, as it was after their marriage, that she was offered the show. She said, "The secret is actually my husband. I will give him all the credit in the world. I keep telling him that as soon as we got married I got this show. So, you are very lucky for me. I think it’s because of him that I am able to strike a balance between my personal and professional life." 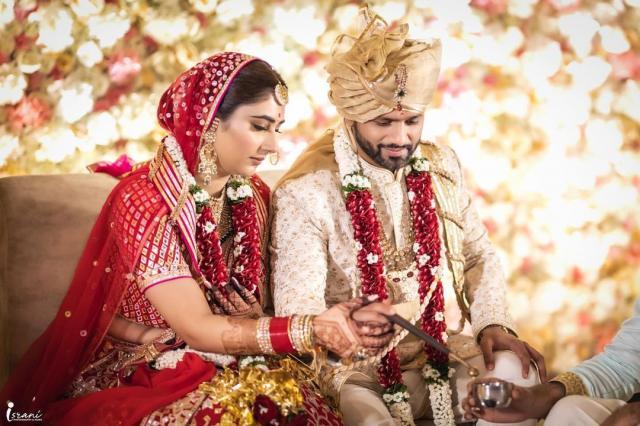 Going further in the interview, Disha Parmar also shared that she was back on the shooting sets just 15 days after their marriage and it was her husband, Rahul Vaidya, who has always been supportive towards her work. Stating the same, she said, "He’s been so supportive. Within like 15 days of our marriage, I was on sets. He has been so encouraging. I cannot thank my husband enough for this. He is the secret that everything can be managed." When Disha was asked how she feels about the show that celebrates marriage as this show is coincidentally her first project after her wedding, the actress revealed that her experiences will help her portray the role of 'Priya' very well. She told the portal, "Yes, this is my first show post marriage and I think the experiences that I have had and the emotions that I feel now as a person, will definitely help me in portraying the character of Priya better. Though I am personally very different from Priya, I can relate to her." To mark one month of their married life, Disha Parmar had taken to her IG handle to post a video of her dearest hubby, Rahul Vaidya, as they were out on a long drive. In the video, we could see Rahul singing the famous song, Tera Hone Laga Hoon, by Atif Aslam. Sharing the video, Disha had written, "(Husband appreciation Post) Thankyou for being YOU! I Love you with all my heart.. @rahulvaidyarkv."

Disha Parmar Shares Screen With Her Husband, Rahul Vaidya, Drops An Adorable Selfie From The Shoot 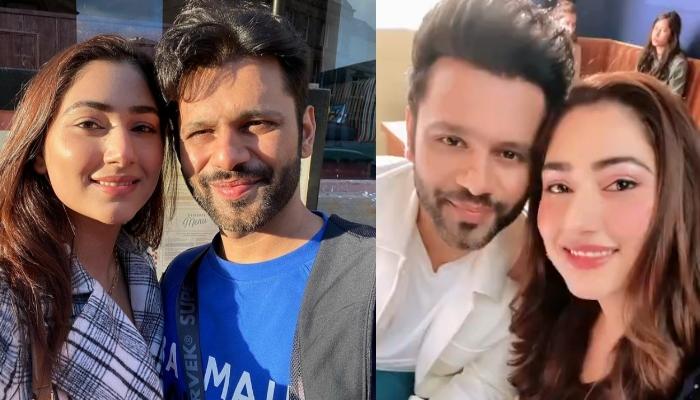 Disha Parmar and Rahul Vaidya are one of the most adorable couples in the entertainment industry. The duo never fails to shell out some major relationship goals. From sharing cutesy posts for each other to spending some quality time together, Disha and Rahul have become an inspiration for many. They