Dipika Kakar and Shoaib Ibrahim celebrate the month of love with an adorable kissing picture. Check out their cute picture below!

When we were in school, we all had imagined celebrating Valentine's day. Remember, how we used to forward Valentine days' list to our friends and sometimes even our crush (to give them a hint)? Ahh, in those days, we all secretly envied our friends, who had so-called boyfriends. We used to hope that someone will send us rose on a rose day and will shower us with gifts on Valentine's day. Well, this week is a perfect opportunity to rekindle love in your love life. And television actress, Dipika Kakar is happily celebrating the first day of Valentine's week i.e. kiss day with her husband, Shoaib Ibrahim. (Recommend Read: Richa Chadha And Ali Fazal Planning To Get Married In A Big-Fat Monsoon Wedding In June? Read Inside)

Before, we take you further into the story, let us remind you that February is an actual love month for Dipika and Shoaib as they had also gotten married in this month. On February 22, 2018, Dipika Kakar and Shoaib Ibrahim had tied the knot in the latter's hometown. The duo had met each other on the sets of Sasural Simar Ka in the year 2011. This month brings back a lot of happy moments of Dipika and Shoaib's life and their millions of fans, too. 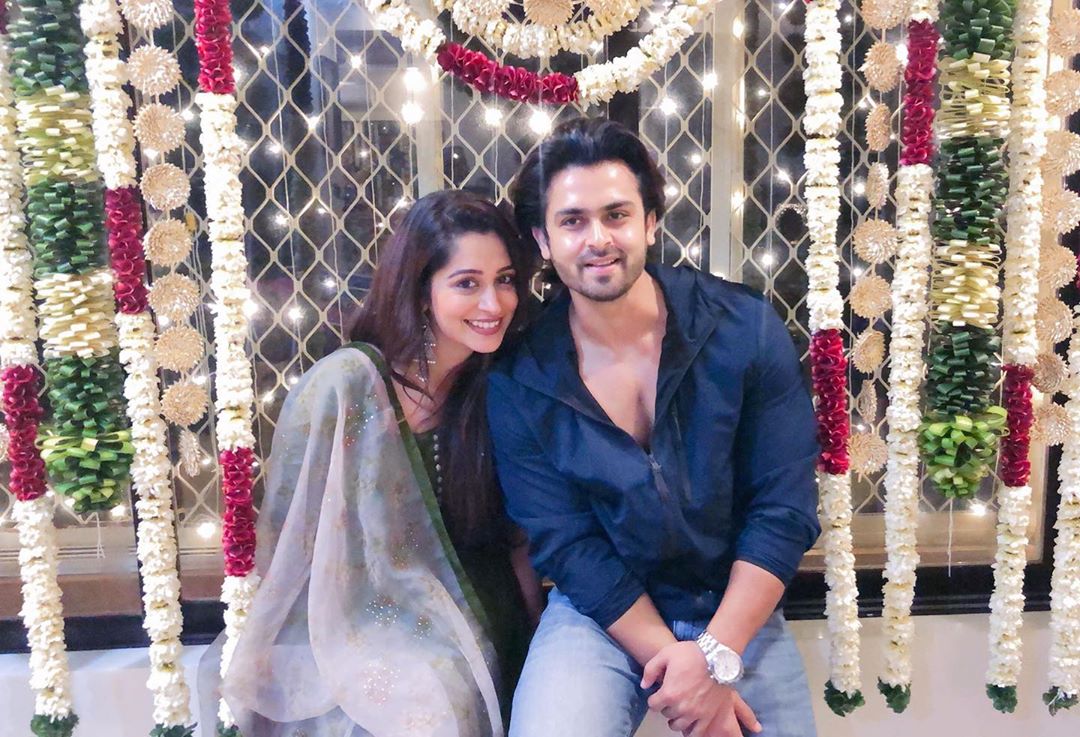 On February 13, 2020, Dipika took to her Instagram handle and shared a kissing picture with her husband, Shoaib. In the picture, we can see her giving a peck on Shoaib's cheek and in that frame their love was beautifully showcased. Along with it, the actress wrote, "Tere pyaar me mai marjaawaan", followed by heart emojis. Check out the picture below: 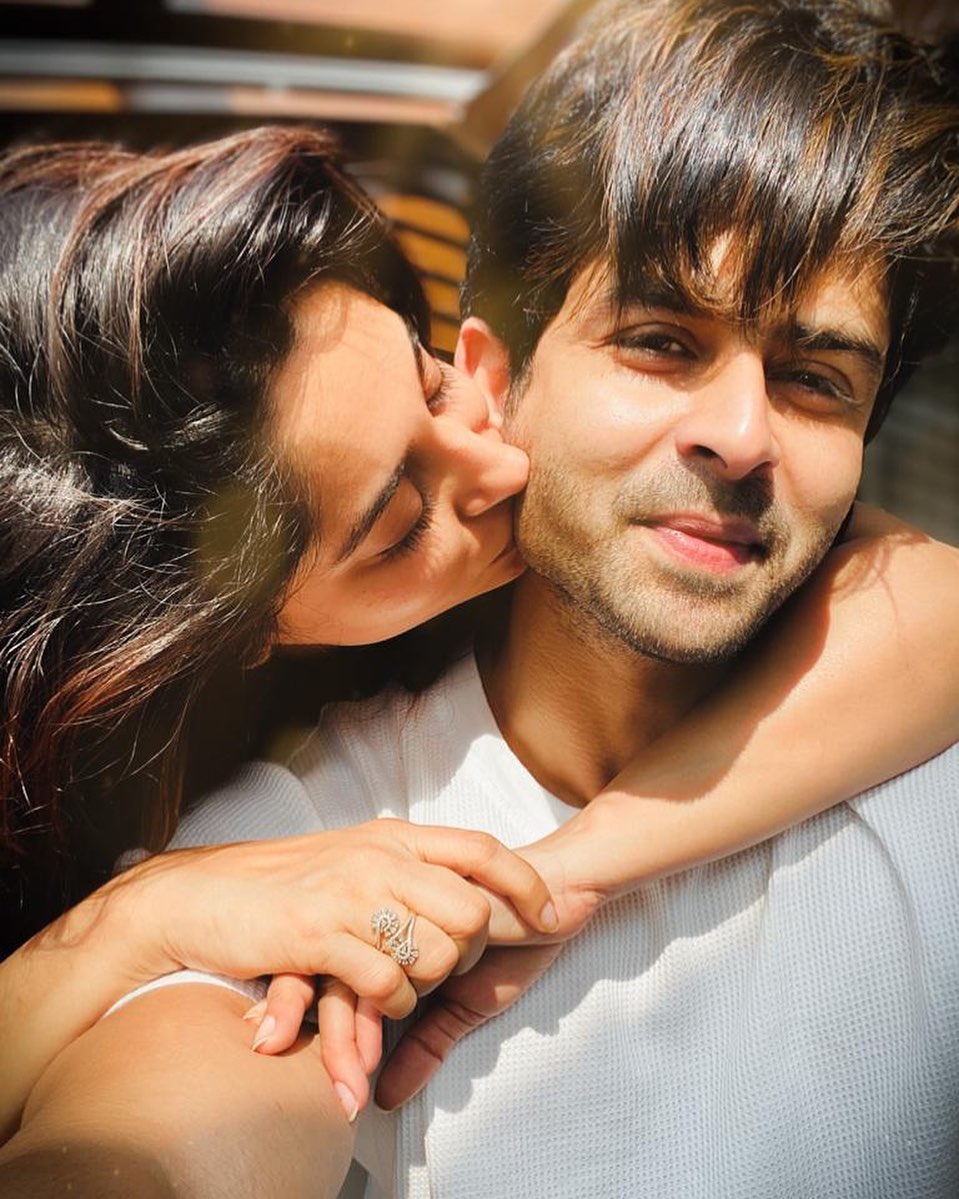 Currently, Dipika is busy playing the role of 'Sonakshi' in Kahaan Hum Kahaan Tum, but she makes sure to balance her personal life and work. During a shoot sequence for the daily soap, the actress had gotten her hands adorned with mehendi and the best part about it was she had asked the mehendi artist to write her husband's name on her hands. (Also Read: K.G.F Star, Yash Reveals His And Wife, Radhika Pandit's Secret Dating Location Before Tying The Knot)

In an interview with The Times of India, Dipika had talked about her relationship with Shoaib. She had shared, "I always say that Shoaib is very lucky for me. He is like a lucky charm in my life. I was enjoying and living the housewife life to the fullest. I am a complete homemaker now. I also helped Shoaib in his work at that time. Overall I was having a gala time." In another interview with The Times of India, Dipika had talked about how she fell in love with Shoaib, and had shared, "I wanted to be sure that this relationship wasn’t on the rebound. Also, we were getting to know each other better. No matter how progressive we become, being a divorcee has some kind of a social stigma attached to it in our society. I had that stamp on me. But he gave me that space and despite being aware of my past, never complained about it. He has in fact always respected that. Coming from a small town, even his parents never let me feel that. I have always longed for family. Ammi sends dabba for me when my mother is not there. I feel I am more close to his mom than him. Everything is positive and we are more at peace now." Coming back to their love story, Shoaib and Dipika grew closer when they had worked together on the sets of Sasural Simar Ka. However, Dipika was already married back then, but in the year 2015, Dipika had a bitter divorce from her ex-husband, Raunak Mehta. And that's when she found love again in Shoaib and she decided to take the leap of faith and give marriage a second chance. (Don't Miss: Bigg Boss 13: Rashami Desai Makes A Shocking Revelation About Her And Sidharth Shukla's Relationship) 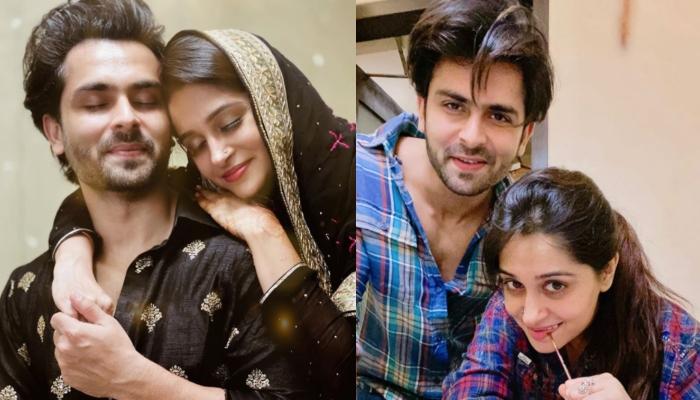 There are times when words can't justify how much you appreciate the presence of your better half in your life, feeling blessed to have met your partner who made your life 'better'! It is often said that one must not change themselves for anyone, but when your partner brings out