Deepika Padukone recalled her childhood days, following the footsteps of her Badminton champion father, Prakash Padukone and growing up in a disciplined schedule. Read more!

Deepika Padukone had practiced badminton all her childhood, but her heart used to beat for modeling and entertainment industry. At the age of 17, she had reached Mumbai to pursue modeling career and went on to star in Himesh Reshamiya’s hit song, ‘Naam Hai Tera’ which had gotten her a big break in Bollywood. The actress had made her Bollywood debut alongside, Shah Rukh Khan in Om Shanti Om and with a Hollywood movie in her kitty, she is one of the highest-paid actresses in India. Deepika has earned it all on her own, but it wouldn’t have been possible without her family’s support. (Also Read: Sara Ali Khan Was Mistaken As A Beggar For Dancing On Streets, Mom, Amrita's Reaction Was Hilarious)

Deepika Padukone is the first child of ace badminton player, Prakash Padukone, and it explains a lot about her disciplined life. Recently, in Nat Geo’s show, Mega Icons, Deepika Padukone made her appearance and opened up on her childhood days and how she had moved away from her home to pursue her career in modeling. She also talked about following the footsteps of her Badminton champion father, Prakash Padukone and growing up in a disciplined schedule. 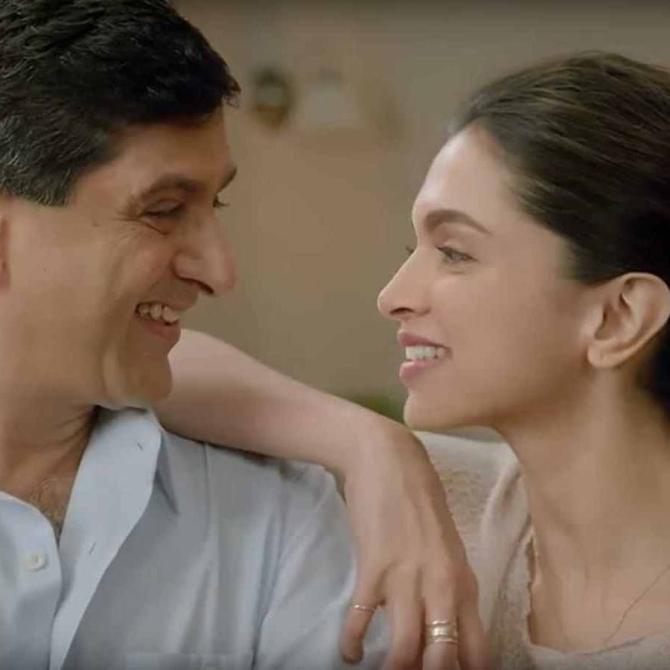 Sharing how her life was like that of a school girl, Deepika Padukone recalled the routine she used to follow when she was in school. She shared, “The routine was to wake up every morning like 4-5 am, go for physical conditioning, go back home, go to school. As soon as I would finish school, there was no time to chitchat with friends so I would get home, change, have a snack, go to the badminton court, have dinner, be exhausted by that point and go to sleep and then the same thing again.” 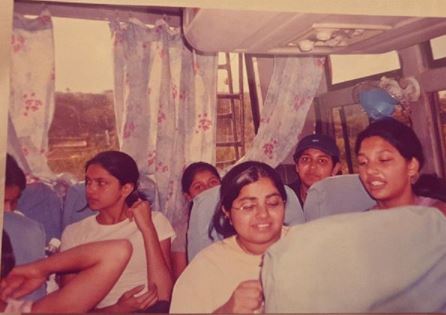 Deepika further shared how disciplined her life was due to sports. She said, “That was my life: No late nights, no TV, no movies. Sport teaches you sacrifice, discipline, dedication and determination." She also opened up on the perks of being the daughter of Prakash Padukone and how teachers would lay off her punishment. Revealing what her teacher used to say, she added, “We would have punished you, but we are big fans of your father." 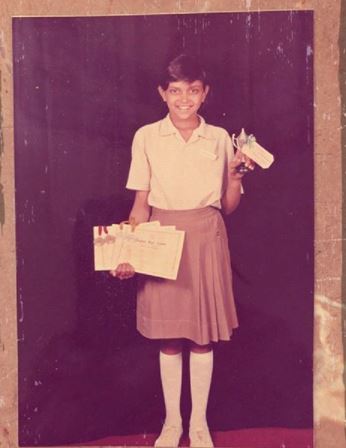 Deepika Padukone is a loving daughter and holds ounces of respect for him. On June 10, 2020, Deepika Padukone’s father and former badminton player, Prakash Padukone had turned 65 and to mark this special occasion, his super-talented and loving daughter had posted a throwback picture on her social media handle. Sharing a childhood picture with her daddy, Deepika had penned a heartfelt wish for her ‘greatest off-screen hero’. Deepika had captioned her post as "To the greatest off-screen hero I could have ever had! Thank You for showing us that being a true champion is not only about one’s professional achievements, but also about being a good human being! Happy 65th Birthday, Pappa! We love you! #pappa #padukone." (Don't Miss: Jay Bhanushali Reacts To Daughter, Tara's 'Zid' While Recording A Video With Her On Their Vacation) 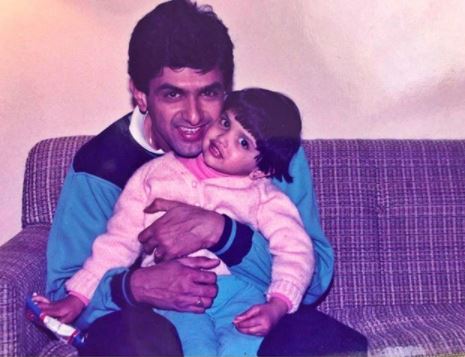 Prakash Padukone had made the nation proud when he had become the first Indian badminton player to win the All England Open Badminton Championships in 1980 (40 years ago). Her daughter and son-in-law, Deepika Padukone and Ranveer Singh had penned heartfelt messages for him on social media. Deepika had tweeted, “Pappa, Your contribution to Badminton and Indian Sport is immeasurable! Thank You for your inspiring display of dedication, discipline, determination and years of hard work! They don’t make you like you anymore... We love you and are proud of you! Thank You for being you!” followed by a heart emoticon. Just like Deepika is a daughter to the Bhavnani family, Ranveer Singh is also considered as a son in the Padukone clan. Ranveer Singh had taken the nostalgic road by posting some throwback pictures of father-in-law, Prakash Padukone. Along with it, the proud son-in-law had written, “40 years ago on this day, #PrakashPadukone changed the fate of Badminton forever. He won the All England Championship in London’s Wembley Arena, creating history for Indian sports. An unprecedented, landmark victory that shines everlastingly in the annals of time #legend #icon #proud.” (Don't Miss: Ekta Kaul Shares A Video With Her 'Son-Shine', Baby Ved, As He Tries To Talk With His Mommy) 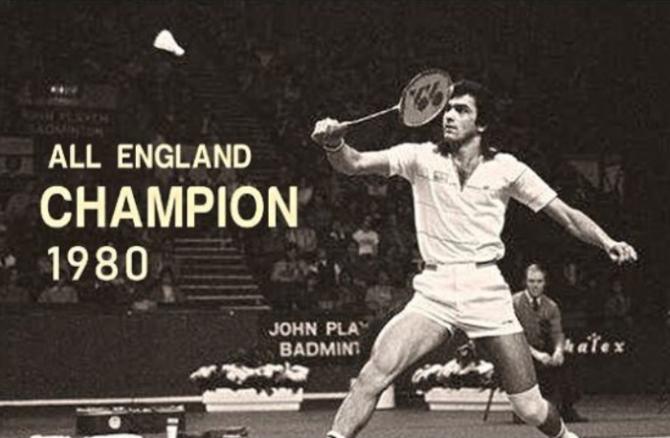 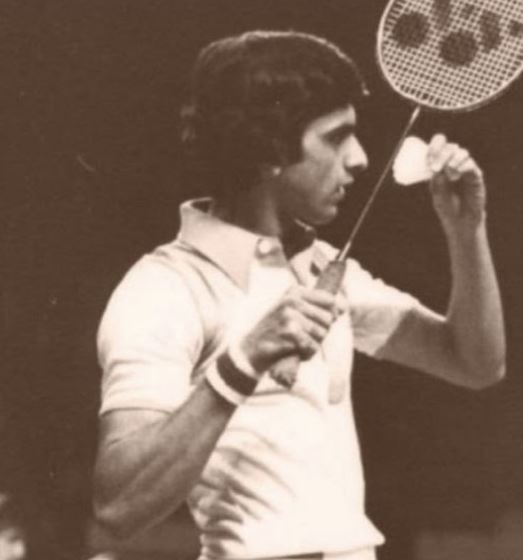 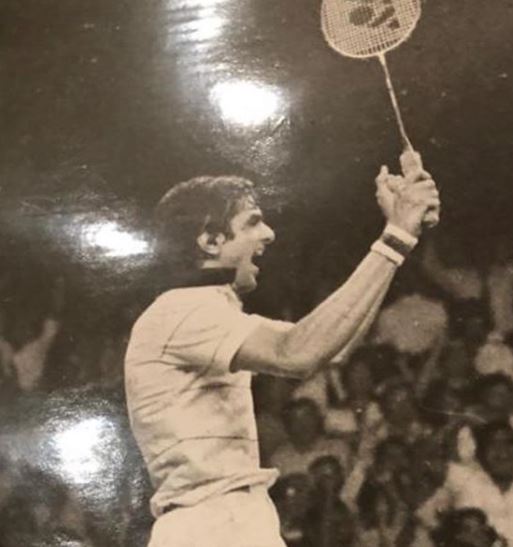 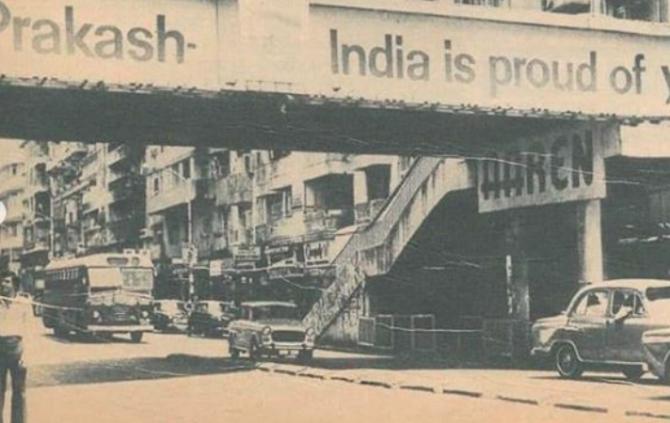 Do you also have no TV, no movies, no parties rule at home? Let us know!