Deepika Padukone and Ranveer Singh are made for each other and the two share an adorable bond with their in-laws. On July 23, 2020, Deepika gave a glimpse of her intense game with her in-laws. Love doesn’t mean sharing an adorable relationship with your partner, it is also about sharing a comfortable rapport with your in-laws. When two people get married, a lot of expectations, responsibilities, love, and enjoyment of marital bliss comes by. But the best part is, you have a gala time adapting yourself to your new life and new family. And actress, Deepika Padukone has not only adapted to her new life with finesse but has beautifully gelled up with her in-laws and shares an amazing bond with her husband’s family. (Also Read: Shilpa Shetty Shares An Appreciation Post For Her 'OG Constants', Sunanda Shetty And Shamita Shetty)

The gorgeous couple, Deepika Padukone and Ranveer Singh had tied the knot on November 14-15, 2018 in both Konkani and Sindhi style. It was love at first sight for Ranveer when he had met Deepika at the Zee Cine Awards in Macau. The perfect couple has been often seen twinning on various occasions like airports, parties and dinner dates giving major couple goals to the millennials. From posting adorable comments on each other’s pictures to their funny banters, their social media posts speak volumes on the camaraderie the two shares. 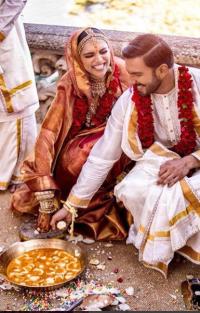 Ranveer Singh and Deepika Padukone share a very warm bond with their respective in-laws and the Padukones and Bhavnanis are often spotted having a gala time with Ranveer and Deepika. On July 23, 2020, Deepika took to her IG handle and shared a glimpse of her ‘extremely competitive’ card game, Taboo with hubby, Ranveer Singh and her in-laws. Sharing a picture of the same, she wrote, “TPL-Taboo Premiere League. With everyone bringing their A-Game to the TaBoo Table I must say it is getting extremely competitive!” (Also Read: Taimur Ali Khan Visits Cousin, Inaaya Wearing A Cute Shark-Printed Outfit And Matching Mask) 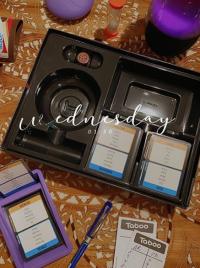 In an interview with the Filmfare magazine, Deepika had shared how her equation with Ranveer's family is, and had stated, "It’s interesting. For his father I’m like a daughter. But for his mom, I’m like a friend, a beti also. I can tell her my deepest darkest secrets. It’s stupid to explain because I can’t even put it into words. There’s nothing that I have to keep from them. They are like my parents now, they are my family. Uncle is emotional, he breaks down easily. Mum’s an absolute chiller. Like she will party with the youngsters till eight in the morning." 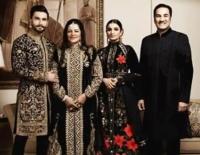 In an interaction with Pinkvilla, Deepika had spoken about her life with Ranveer and what is the one advice that her parents and in-laws gave them. Talking about the advice, Deepika had revealed, “It's fun. Marriage is a lot of fun, at least for now. When I say this to his parents or my parents, they say, 'Wait for 35 years, you will know'. Maybe we will figure out 35 years later what it will be like then. We don't want to assume that it's going to be a certain way. For now, it's great and fun."

Ranveer wears his heart on his sleeves for his ladylove, Deepika. He is not just a humble actor but an ideal husband, who has always supported his wife throughout the highs and lows in her career. In an interview with the Mumbai Mirror, Deepika had revealed that Ranveer is quite confident about himself, which is one of the major reasons why he doesn’t mind if his wife overshadows him. She had credited her husband, who is the reason why she believes that good men still exist. (Also Read: Malaika Arora Shares A Picture From 2015 With Her Sister, Amrita Arora And Best Friend, Kareena) 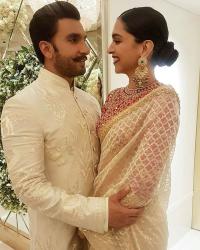 Well, we love Deepika’s equation with her in-laws. What about you?